Had a big weekend at the Universal Orlando Resort this past week and found out a couple interesting items along the way. To start off, I checked into the Loews Royal Pacific Resort on Friday and now I am completely convinced that it is pound for pound the best hotel at either Universal or Disney. This decision was made after a lot of consideration. I was really surprised at how much I enjoyed the Portofino Bay Hotel on Universal property, and I have several favorites over on the Disney side of the fence including Art of Animation, the Beach Club, and the Polynesian. What takes the Royal Pacific to the head of the class is the combination of its Disney Deluxe level of theming and feeling of relaxation, combined with the lower price point of a Disney Moderate and the near priceless amenities of having Universal Express Unlimited and being within walking distance to both Universal theme parks and CityWalk. It probably helps that Loews actually runs the hotel, as well, as its Star Service is among the best customer service I’ve seen at any hotel chain across the country.

I’m a big fan of merchandise, so one of the first things I noticed when I went into the parks was the addition of a new Uni-Mini in the form of The Cat in the Hat. The Uni-Minis are Universal’s version of Disney’s popular vinylmation collectables. I’m not a big fan of most of Disney’s vinylmation, as I feel the “Mickey mold” that most of them use just creates ugly looking toys. However, last year Disney unveiled the “Park Starz” series of vinylmation where the artists would allowed to create whatever they wanted, and not be constrained to one mold. The Uni-Minis are more in-line with the Park Starz set in that there’s not one specific mold. The characters currently available are The Cat in the Hat, ET, Betty Boop, Bart Simpson, Woody Woodpecker, a very strange Spongebob Squarepants (he has a pineapple head), and Chilly Willy. There is also a Despicable Me Minion one, but they are completely gone from all the shops. Like the “Mickey mold” for vinylmation, Universal does have a generic “bear mold” for Uni-Minis themed to events like Grad Night, and yes, they are horrid looking. Uni-Minis are $12.95.

Also on the merchandise front, the “Spend $50 get $10” promotion is back after taking a break during the busy summer season. At all the gift stores in the Universal parks, as well as the Universal store in CityWalk, if you spend $50 or more in one purchase you get a free $10 Universal gift card. This can come in handy because there is new merchandise around the parks including a Build-A-Minion accessory kit, a Marshmallow pop set themed to the “three kittens” story-within-a-story from Despicable Me, and Queenbee Fizzing Whizzbees (chocolate covered fruit snacks in the shape of bees) in Honeydukes, the sweet shop within the Wizarding World of Harry Potter. These Fizzing Whizzbee treats actually first appeared in the Harry Potter and the Prisoner of Azkaban book.

Over in Springfield USA the water element was working in the spot where you’ll find Chief Wiggum. Universal loves spraying people with water, and this area has Chief Wiggum’s police car running into a fire hydrant and the hydrant sprays water. Meanwhile  I was able to ride Kang & Kodos’ Twirl ‘n’ Hurl for the first time, and it instantly became the greatest spinner ride I have ever been on. The queue itself is filled with hilarious signs mocking the length of the line (although there was never much of a wait the entire time I was there) and other jabs at the guest experience.

Please tell people how great this ride is – Before you go on it!  For no particular reason. – Sign in Kang & Kodos Twirl ‘n’ Hurl queue

Once you get deeper into the queue, there are clips from the Simpsons show where they interact with aliens. This is similar to the concept of playing Simpsons television show clips in the queue for The Simpsons Ride, as well as in Moe’s Tavern and the Fast Food Blvd seating area. Where Twirl ‘n’ Hurl really gets good is the safety spiels and the lines you hear from the alien throughout the ride. The safety instructions include telling guests that the attraction is a “non threatening time waster,” and making sure guests sit down throughout the entire ride and – if they are not eaten – may stand up when the ride is over. Meanwhile the alien makes non stop quips, including mentioning that any loose change left in the ride belongs to him, thanking guests for being traitors to human kind and helping to destroy Springfield, mentioning there are absolutely no refunds once you get on the ride, and telling guests not to have fun at Universal Studios. Once when we left the ride the alien said that we had performed our duty in the Rigellian Army but we were still bound to be a part of the Rigellian National Guard for a further three years. This is a ride that works on so many levels for both kids and adults.

I did talk to a couple people within Universal about the long rumored aluminum bottles for Duff Beer. While no one would go on the record, what I was told was that Universal bought a whole bunch of cases of glass bottled Duff Beer. When Springfield first started opening its expansion, guests were ordering both bottled and draft versions of the various beers. Now that almost every area has taps, almost no one orders the bottles. My sources say that Universal will not bring in the aluminum bottles until they have unloaded the many cases of glass ones they currently have, which is going to be a challenge because no one orders the bottles. That said, everything at Universal is in flux, and with the amount of money they are dumping into USF, IOA and CityWalk, all it takes is one Comcast executive waking up and saying, “I want aluminum bottles in the park today!” for this policy to change.

Over in IOA the Arctic Express is boarded up. This was one of my favorite places in the park to get a treat as I absolutely loved the Mega Funnel Cake Sundae. It looked like every piece of equipment that was inside the building was taken out for this refurbishment. Meanwhile over at the Adventures of Spider-Man, the main entrance was closed as the floors were being redone and both stand-by and Express Pass were rerouted to the side of the building where the extended queue resides. The last big thing I noticed was a brand new photo op that is available in Seuss Landing. Similar to the green-screen Daily Bugle photo op that is available in the stand-by queue of Spider-Man, the stand-by line for High in the Sky Trolley has photographers who will take your picture for a “Sneetch Beach” photo. This photo is included if you get the Photo Connect Star Card, which I personally believe is the best overall value in either Universal or Disney. If you have an Express Pass, you can walk into the stand-by queue to get your picture taken in the green screen, and then walk out to go back into the Express Pass line. The photo will be available to look at when you get off the ride at a desk you pass on your way towards the Snookers & Snookers Sweet Candy Cookers shop.

It was a fun weekend, and you can listen to Universal NOW! on the TouringPlans.com Podcast Network for even more details of the weekend including breakfast at the Three Broomsticks, doing the Kitchen Sink Challenge, and taking an incredible tour at the Hard Rock Cafe. Stay tuned for in the coming weeks for articles spotlighting the Royal Pacific, the Uni-Minis and more. 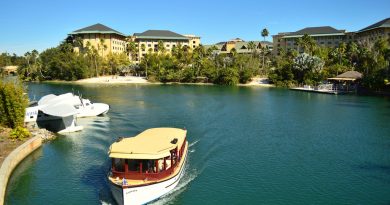 8 thoughts on “Observations From The Universal Orlando Resort: August 27, 2013”