As October rolls into Central Florida, the Halloween season (because after all, it is a season here) is in full swing. And while there’s never a bad time to visit the Magic Kingdom, the changes taking place lately have made it particularly exciting. I started my evening at the Polynesian to take a few pictures and get a look at the new runDisney running path markers that are now in place at the Poly, Grand Floridian, Art of Animation, and Epcot Resorts. The signs give you route maps and distances, most helpful if you’re training for, say, the Tower of Terror 10-miler? With construction slated to begin soon on the newly announced Disney Vacation Club villas at the Poly, I wanted to get some photos around the resort just in case there were changes to my favorite sights. Depth testing has already begun out in the lagoon and construction walls are up near the beach at Sunset Pointe.

From the Polynesian I made my way into the Kingdom by monorail. As an aside, I’ve noticed that guests of the resorts are fairly surprised when, at 1 hour after the Magic Kingdom closes, they are no longer allowed to board the monorails from the resorts. Some have found themselves having to take buses when they did not expect to have to. You may want to keep this in mind if you have a late dinner reservation at one of the resort restaurants or are parking at a resort and heading to the park, etc. The Magic Kingdom railroad station is lovely as usual with its Autumn decorations. Crowds were, as predicted by TP, very light, with popular rides like Pirates of the Caribbean, Splash Mountain, Big Thunder Mountain Railroad, and the Haunted Mansion posting wait times of less than 20 minutes. Main Street, U.S.A., was uncrowded. Concrete work is taking place up and down Main Street, U.S.A., with construction walls up and down intermittently as walkways are replaced. Good news for all you picture takers – the Dream Lights (commonly called icicle lights) are up on Cinderella Castle and the unsightly crane is gone. How do they get those lights up so quickly? The Dream Lights are attached to specially dyed fishing nets that are draped on the castle during an approximately two-week period at the end of September. Lots of improvements in Adventureland as well, with the Jungle Cruise reopening to guests and the courtyard just past Aloha Isle reopened after a refresher. Liberty Square was beautiful as always and the line for Haunted Mansion took only 12 minutes to get through despite the 20 minute posted wait time. After my ride through the Haunted Mansion, I did a quick check into Fantasyland where a couple of highly popular venues are undergoing refurbishment. Peter Pan’s Flight is closed through November 13 and Pinocchio Village Haus is also behind refurbishment walls. I think the sign they’ve created for Peter Pan’s flight is really cool. I made the circle into Tomorrowland and caught a shot at the nightly dance party. I’m not a huge fan of things like this, but I have to say that Chip and Dale and Pluto in space costumes is pretty cute. There’s also the opportunity to see and dance with Stitch, a fairly popular character that isn’t around much otherwise. The kids that were participating were having a lot of fun and there’s much to be said for that at 8 p.m. in the Magic Kingdom Ride times in Tomorrowland were equally low with Buzz Lightyear’s Space Ranger Spin at 5 minutes, Space Mountain at 20, and Astro Orbiter at walk-on. I made my way to the Partners Statue, a favorite Wishes viewing spot of mine when crowds are down, to catch Celebrate the Magic and Wishes. I’ll leave you with a few fireworks shots so you can close down the Kingdom with me. Until next time, keep it magical. 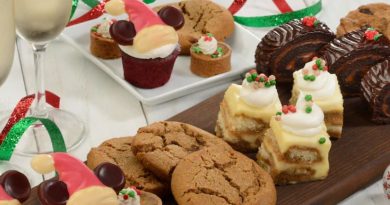 11 thoughts on “Observations at the Magic Kingdom: October 1”