If you’d asked me a week ago what my plans were for New Year’s Eve, I would have told you that we’d decided to stay in for a quiet night on the couch. We’d been in the parks the last several years, and my hubby had asked for a year off. I’m sure you can imagine how thrilled I was when on December 30 he declared we were going to Epcot because we hadn’t been there to ring in the New Year in ages! I thought I would take you guys with me to see what it’s really like to celebrate at Disney!

For starters, we certainly didn’t follow my ultimate plan. We left our house at 6pm and did not hit a bit of traffic until we got through Epcot’s gates. On a normal night this kind of traffic would cripple the Epcot parking lot. However, they had four cast members directing the lanes of traffic, and we were quickly in a parking spot in less than ten minutes despite the crowds. We started walking in, and to my surprise we’d made it in time to catch the 6:30pm fireworks from the parking lot. We watched a lot of people running into the park trying to get a better view of the fireworks. I’m sure anyone reading here knows that’s a lost cause. But just in case, you physically can’t make it into Epcot quickly enough to get a better view, so it’s better to enjoy seeing it from the parking lot if you are in this situation. After the fireworks we headed to bag check. Again, the line was moving incredibly quickly because there were so many stations open. The same was true at the park turnstiles. (Ok- they aren’t really turnstiles anymore but I don’t know what to call them? MagicBand thingies?) So far getting into the park had been remarkably smooth! I was beginning to think maybe the crowds weren’t going to be a rough as in years past. But then… we found the crowd. Walking up to Spaceship Earth the posted wait time was 45 minutes. The more ridiculous thing was the line for the bathrooms found on the right. Believe it or not, the photo below is actually the ladies room line! Good news for the guys, though: my husband was able to get in and out in less than 5 minutes. After this we continued on toward the first party of the night. This was a huge stage just past the Fountain of Nations. You have to understand that this one night a year Epcot turns into a huge rave party. To give you an idea of the atmosphere, I’ve added a series of short video clips from each of the parties. I have added these to my YouTube page, but remember for all the latest news you should definitely subscribe to the Touring Plans page!

The Fountain of Nations stage is widely considered to be the family dance party. There were tons of kids dancing here, and everyone was having a great time! We passed this party a few times throughout the night, and it never seemed as crowded as the others. The music was also our favorite. Just past this stage are the wide open grassy areas that you only see open to guests on New Year’s Eve. There were also upgraded portable toilets this year! In the past I had only seen the typical stall kind that you would find on a construction site. These trailers seemed very nice, but like everywhere else, the ladies room line was a mile long! They also had a very nice handicapped stall with a ramp (not photographed here). If anyone needed these facilities, it would make sense to head for these! As we strolled along, I was sure to get a photo of the globe in the World Showcase Lagoon. It displays a countdown to midnight all night long! It was fun to be able to just glance that way all night and figure out how much longer we had to go. After this we headed over to check out the wait for Test Track and to use a backstage walkway beside the ride. The wait time was 200 minutes! Considering the wait got up to 300 minutes earlier in the day, I guess you can’t be surprised, but there was no way we were going to wait. We headed towards the World Showcase through this quiet walkway: During New Year’s Eve the backstage walkways are always preferable to walking through the lands, where it’s just wall to wall people. Of course, we didn’t practice what we preach as we emerged in Mexico and walked through the countries to get to the next party in China. To give you an idea what it’s like walking through World Showcase on New Year’s Eve, check out this video:

But it really is worth it! We never got into the middle of any of the parties around the World Showcase, but we got close enough to really get a feel for them. If I had to only pick one it would have to be China. The Dragon is just amazing! But on the down side, the music is so, so loud. The bass will just make your heart rattle in your chest!

The next party around the World Showcase is Italy. This party is known for the laser show that goes along with the DJ. At this point in the night I had to switch over to my GoPro as it had started raining. The sound quality on this video isn’t the best, but the rain made the lasers look extra brilliant! Again, this isn’t somewhere that we could have hung out for very long, but it was amazing to see!

From here we kept moving with a skip in our step because the next party was in America! Now, ironically the party in America is all Latin music. However, it was one of the better parties around the World Showcase as it wasn’t so terribly loud. It also looked like guests were being allowed to salsa dance on the America Gardens Theatre stage. It was roughly 9pm by this time, so we grabbed a snack and a seat to watch them perform for a while.

After this there was only one party left that we hadn’t visited yet; it was in the United Kingdom, so we headed that way. It seemed like one side of World Showcase is set aside for partying, and the other side is a little more quiet. As we started walking, we noticed that Japan was remarkably slow for how crowded the park was at that time! The walk was unremarkable as the crowd didn’t really get thick again until we reached the United Kingdom. The party here was small and probably our least favorite. There wasn’t really a draw to make it special like the others had. We only spent a few minutes here before deciding to head back to Future World for a break.

As I expected, the crowd was pretty thin in Future World. The wait for Soarin’ had even dropped to a somewhat reasonable 100 minutes. It was a nice escape from the crowds in World Showcase. We decided to visit The Seas with Nemo and Friends. We experienced both attractions in the pavilion with just a 10 minute wait each. Then we spent some time exploring while it was quiet. As the clock got close to 11pm, we decided to head back towards World Showcase to find a spot for midnight. When we faced the crowds heading back past Canada, we decided to camp out closer to the entrance! We settled near the large planter at the entrance of World Showcase. Considering we had seen people camping out for spots since we arrived, we didn’t do too bad swinging this view. We only arrived about 20 minutes before the fireworks, but a crowd very quickly formed behind us! Check this out!! As we settled and the show started, we realized we’d positioned ourselves behind an annoying tourist. The lady in front of us busted out her tablet to hold over her head and film the show. I thought that our view was ruined! Luckily, all the people around me rioted, and after the first few minutes she put it away. I don’t know if anyone really goes home and watches these low res videos.. but if you ever think about doing this take a look at the photo below and realize that you’re ruining the show for LOTS of people!! For this very reason I chose not to film most of the show. The fireworks at Epcot start with regular IllumiNations and then lead into a celebration for each of the countries in the order they rang in the New Year around the world. (You can find the full show on YouTube.). This leads up to midnight and an amazing celebration, which I did film for you:

(My apologies for the focusing issues.) After this we turned around and bolted out of there as fast as we could. From this vantage point it honestly was no worse than fighting the crowd out on any other night. We darted out to our car (in the next to last row) and made it out of there in record time! If you can believe it, I was home on the couch by 12:45am! This was thanks to the fact that Disney closes down many, many road exits this time of night in an effort to streamline traffic. This meant that you couldn’t get into Epcot at 12:30am, but it sure made it easy to get out!

So what do you think? Did this post make you decide you might try a New Year’s Eve at Disney? Or did it make you very, very sure you never will? It had been a lot of years since we’d celebrated at Epcot, and I much prefer the Magic Kingdom! In any case, I hope this made you feel like you were there. Happy New Year from everyone at Touring Plans!  (Especially me 🙂 ) 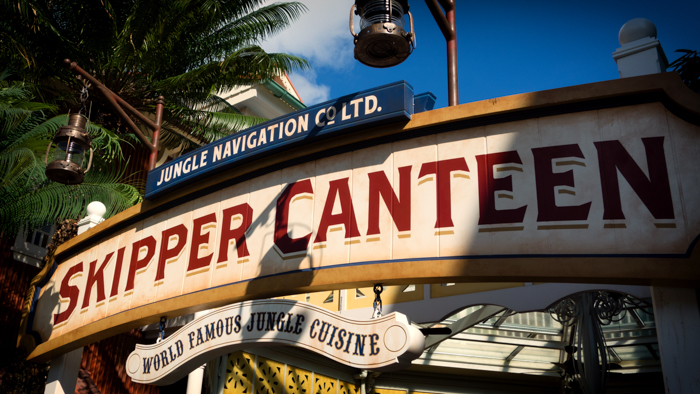