Sound the horns! Disney Cruise Line has released itinerary information through August 2015. There are some exciting additions to the usual repertoire of DCL sailings – here’s what you need to know.

The Frozen juggernaut has now made its way into Disney Cruise Line. For the first time , Disney Cruise will be visiting the fjord region of Norway, with additional stops in Iceland and the Faroe Islands. These stops are part of 7, 9, and 11 night sailings departing from Copenhagen, Denmark.

At the beginning of the summer, the Magic will make a long 15-night Eastbound Transatlantic (EBTA) journey from Port Canaveral to Copenhagen, with stops in New York City, St. John’s Newfoundland, and Reykjavik, Iceland along the way. Personally, I had been hoping for a New York/Canada loop as had happened in 2013, but this is only part of the EBTA.

Toward the middle of the summer, the Magic changes course for usual Southern European home. This starts with a 7-night repositioning sailing leaving from Dover and stopping in Gibraltar, Lisbon, and Vigo, Spain on the way to her traditional summer home in Barcelona.

August will see the Magic sailing familiar routes from Barcelona, with a 5 night voyage stopping in Villefranche, France; La Spezia (Florence) and Civitavecchia (Rome), Italy; and three 7-night voyages which add a stop in Naples, Italy.

During the summer of 2015, the Wonder will travel back to the West Coast to sail familiar Alaskan routes.

The Wonder kicks off her summer with a 14-Night Westbound Panama Canal crossing with stops in Cozumel, Mexico; Cartagena, Colombia; Puerto Vallarta and Cabo San Lucas, Mexico; and ending up in San Diego California. There’s a brief stopover in San Diego with the offering of 2-night “cruise to nowhere” and a 3-night “getaway” cruise with a single stop in Ensenada, Mexico.

After making her way up the California coast, there will be a typical run of more than a dozen 7-night sailings from Vancouver with a trip through the fjords at Tracy Arm, along with port stops in Juneau, Skagway, and Ketchikan.

Rumors continue to swirl about Hawaiian sailings in the fall of 2015, but these have not yet been confirmed.

The Fantasy will also be making Port Canaveral her home through summer 2015. There will be an uptick in the Eastern Caribbean itineraries in the spring and more alternating Eastern/Western runs during the summer. There are a few port changes in the Fantasy’s route with St Thomas replacing San Juan on Eastern Caribbean sailings and Falmouth, Jamaica replacing Costa Maya, Mexico on the Western routes.

Booking opens tomorrow (Wednesday, March 26) for Gold and Platinum Castaway Club members (those who have sailed more than 5 times); everyone else can book on Thursday.

So what are you excited about? Is a trip to Scandanavia on your Disney Cruise Line to-do list? Let us know in the comments below.

The Unofficial Guide to the Disney Cruise Line by Len Testa, Erin Foster, and Laurel Stewart is available for pre-order on Amazon and will be released in April.

Also contributing to this post: TouringPlans’ own Tammy Whiting, and Scott Sanders from DisneyCruiseLineBlog.com

Live from the Disney Dream – Menus 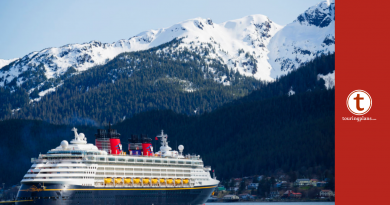 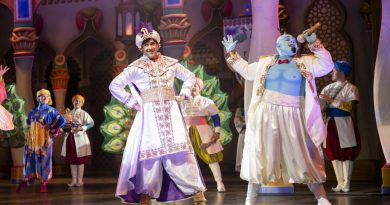