As you may have heard, during the first few days in May, Walt Disney World allowed select media to preview the new Seven Dwarfs Mine Train in New Fantasyland, and announced a May 28 official opening date for the attraction. Public soft openings are expected some time in the next few weeks, but for now the only people riding the family-friendly coaster during operating hours are employees involved with Seven Dwarfs Mine Train testing and training. On the Monday after the media preview, Touring Plans stats guru Fred Hazelton and I paid a visit to the Magic Kingdom. There, we had the opportuninity to observe the Seven Dwarfs Mine Train making training and testing runs, as the attraction cycled spordically — both with and without riders — over the course of several hours. In addition, we have some advice on securing coveted Seven Dwarfs Mine Train FastPass+ reservations, as well as an update on using four or more FastPass+ appointments in one day.

Let’s start with some scenic shots of the Mine Train, and the mind-blowing quantity of rockwork and landscaping that went into the area surrounding it. 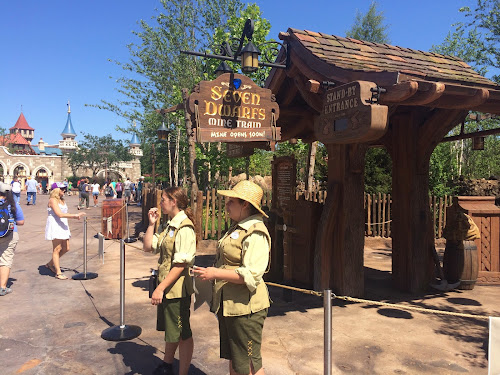 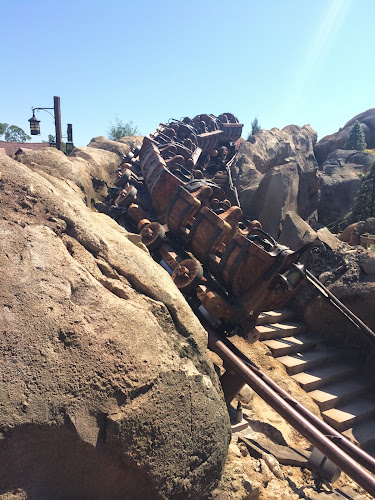 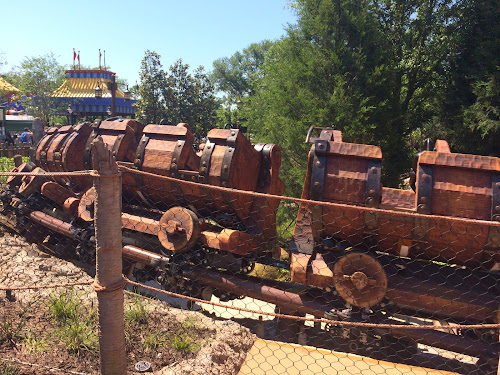 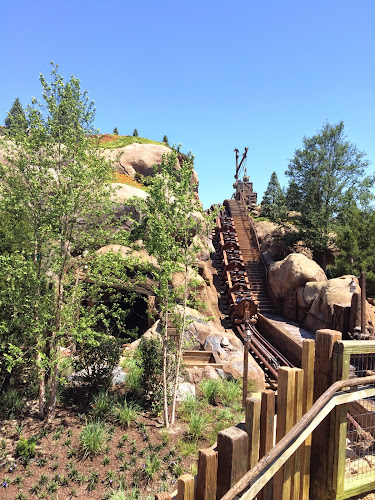 Since we at Touring Plans love numbers, I timed the trains to get a rough idea of rider capacity. Be advised that these estimates are based on testing and training cycles, and may not be indicative of how the ride will operate on or after opening day.

If operators can dispatch a full train every 60 seconds, the ride will have a throughput capacity of 1200 riders per hour. For comparison’s sake, that’s more than Peter Pan’s Flight, but significantly less than Space Mountain or Haunted Mansion. 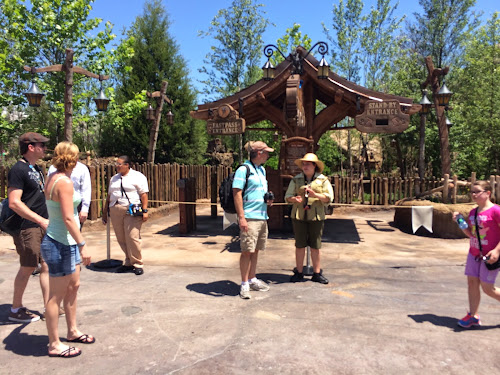 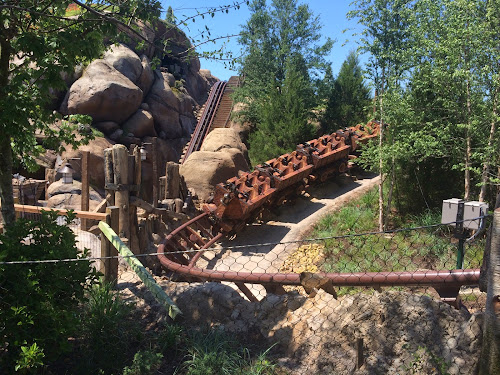 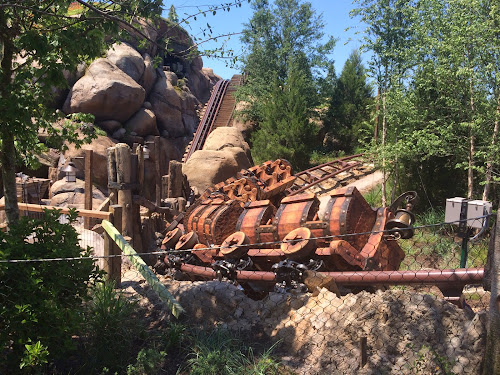 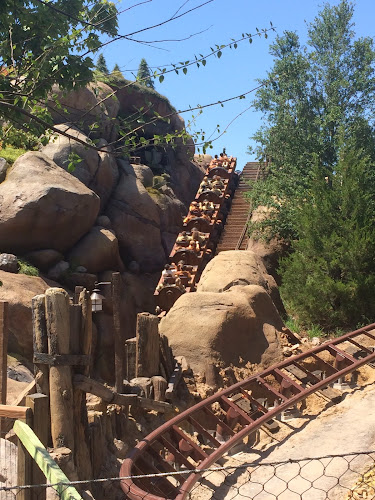 No matter what the eventual capacity is exactly, the standby line for Seven Dwarfs Mine Train is likely to be epic all summer long. Luckily, anyone who has registered with My Disney Experience can book FastPass+ reservations for the ride from May 28 to the end of their reservation window (60 days for resort guests, 30 days for everyone else).

The FastPass+ system actually crashed on the day Mine Train reservations were released, reportedly collapsing under the strain of 50,000 requests. However, the servers were resuscitated, and it’s now possible to secure Seven Dwarfs Mine Train FastPass+ bookings for a wide range of days. I personally was able to book for 9:45 a.m. on the attraction’s opening day, and during prime hours on several subsequent days during that opening week.

Here are some hints on booking Seven Dwarfs Mine Train FastPass+ reservations for yourself:

While at the Magic Kingdom, I also had my first opportunity to try out the rolling 4th FastPass+, which grants you a 4th (or 5th, or 6th…) ride reservation after your first three have all been used or expired.

The additional FastPass+ times must be retrieved from a kisok, so I headed to the service center in Storybook Circus, where I was one of only 2 customers. 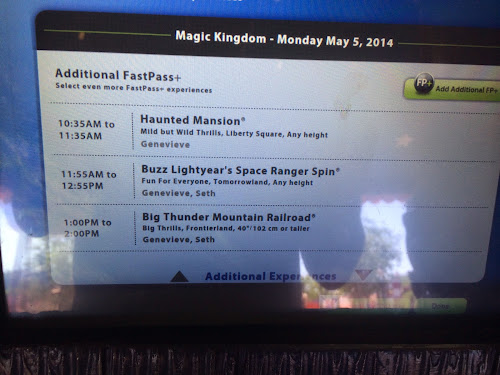 The system worked as advertised (except for the kisoks’ typically unresponsive touch screens) and I was pleasantly surprised by the options, with all the park’s E-Tickets still available at 2:45 p.m. on a moderately crowded day (6/10 on our crowd calendar). 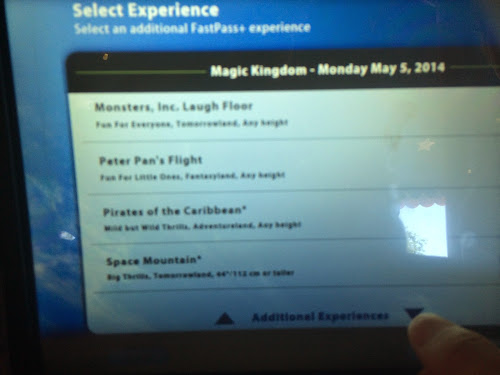 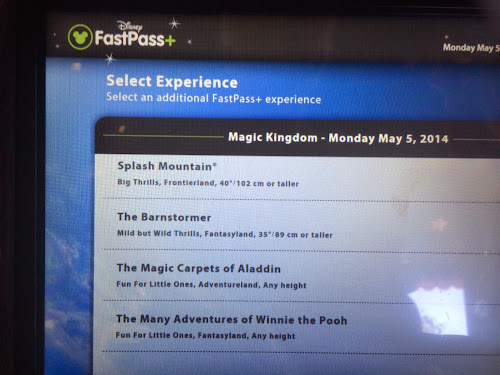 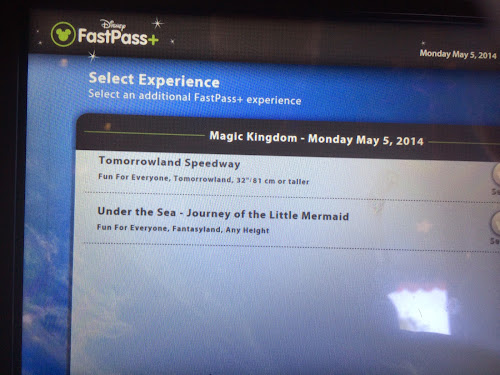 Festival of Fantasy parade reserved viewing was even listed as still available, but The system wouldn’t let me select it, possibly because the return window had already opened. 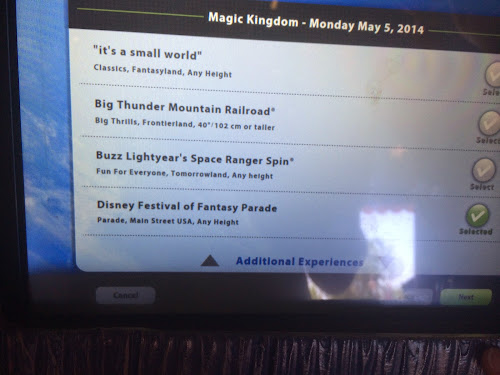 I ended up taking a Space Mountain FastPass+ for 2 hours in the future, which is fairly close to what I would have expected in similar circumstances under the old paper FastPass system. 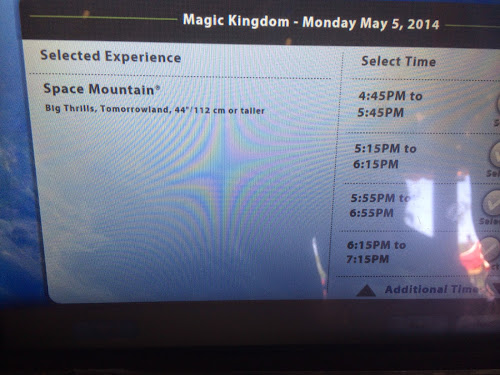 It’s important to note that the new 4th FastPass is not subject to restrictions on tiers or park-hopping, meaning that you can switch parks and use a kiosk there to book any open FastPass+ in that park, even the “top tier” attractions in Disney’s Hollywood Studios and Epcot like Toy Story Mania or Soarin’. For that reason, some guests have requested the ability to pre-book fewer than 3 FastPass+ times. 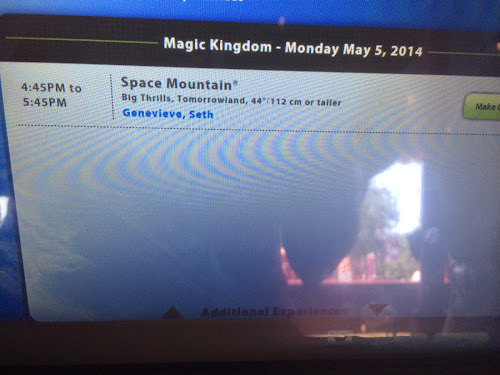 The system insists on giving everyone 3 reservations, whether they want them all or not, but some users have reported success with deleting two FastPass+ times through the website (another feature not available in the app) and then booking a 4th FastPass+ immediately after using their remaining reservation. Fair warning: it is possible to accidentally delete your entire day’s FastPass+ itinerary, and the attractions you originally wanted may no longer be available, so exploit this loophole at your own risk. 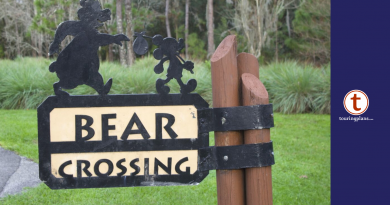 Disney Characters You May Not Know: Humphrey the Bear 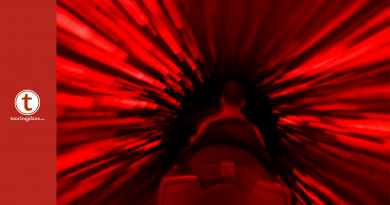