As expected, Disney Cruise Line announced today that it will be returning to Hawaii this fall. The Disney Wonder will make two 10-night sailings in September, circling from Honolulu to Vancouver with stops during each trip in Hilo (Hawaii Island), Nawiliwili (Kauai) and Kahului (Maui).

The Wonder will remain on the West Coast in October 2015, making San Diego, California its home port for the month. Itineraries will include 5-night Baja voyages making stops in Cabo San Luas and Ensenada, Mexico. The Wonder will also make 3-night trips stopping in Ensenda, as well as 2-night “cruise to nowhere” weekend escapes.

Following a Transatlantic trip from Barcelona to Miami, the Disney Magic will resume a regular routine of four and five night Caribbean and Bahamian voyages.

During Fall 2015, the Disney Fantasy will travel 7-night Caribbean voyages. The Disney Dream will run its standard 3 and 4-night Bahamian trips during most of Fall 2015. There is a gap in the Dream’s schedule during late September and early October. Disney Cruise Line Blog is speculating that this break will provide time for the Dream’s first dry dock.

What are your thoughts on the new cruise itineraries? Will you make Hawaii part of your cruise schedule next year? What do you think about the return to Galveston? Let us know in the comments below.

If you enjoy our DCL content, take a look at our Disney Cruise Line subscription or buy our new book, the Unofficial Guide to the Disney Cruise Line, written by Len Testa, Erin Foster, and Laurel Stewart – available at Amazon.com and on Apple iBooks. 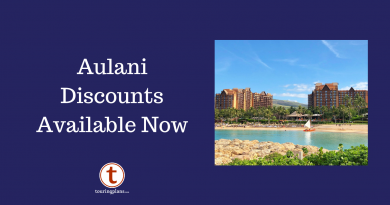 Discounts Available for Disney’s Aulani Resort, Save Up to 30% Off Regular Rates 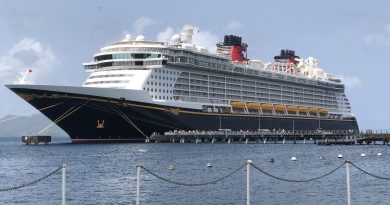 Back to Basics: Essential Packing List for Disney Cruise Line

What I Wish I Knew Before My Day at Castaway Cay