It has been an exciting week in PotterWatch, as the iconic “weenie” of the Wizarding World of Harry Potter — Diagon Alley arrived at Universal Studios Florida. Let’s take a look at the massive Gringotts Dragon, and talk about new opening date rumors.

On May 24, the ginormous fire-breathing “Ukranian Ironbelly” dragon that perches atop Gringotts Bank was lowered into place inside Diagon Alley. Our friend Hate To Fly was on hand to capture its arrival: The Gringotts dragon was quickly covered in scaffolding, but you can still see his head and tail peeking out from the opposite side the lagoon. 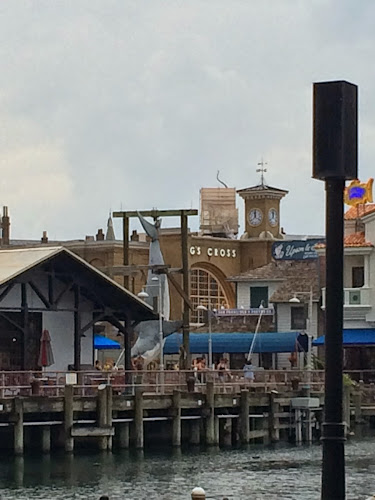 While there has been much speculation as to whether the dragon would be static or animated, it appears that some mechanical movement of the limbs is likely, in addition to the announced fire-breathing effect.

Aside from the dragon’s appearance, many additional details are falling into place along the London Waterfront in front of Diagon Alley. 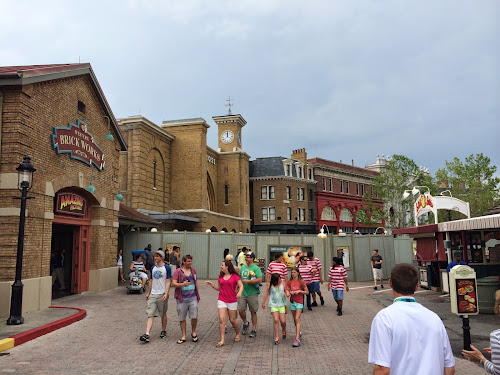 The stone lions beneath the lamp posts along the embankment have been aged, and staining has been applied to approximately half of the waterfront wall. 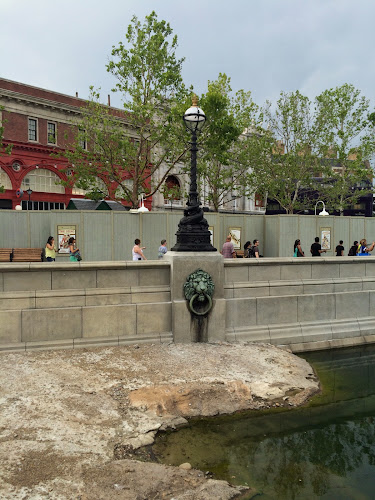 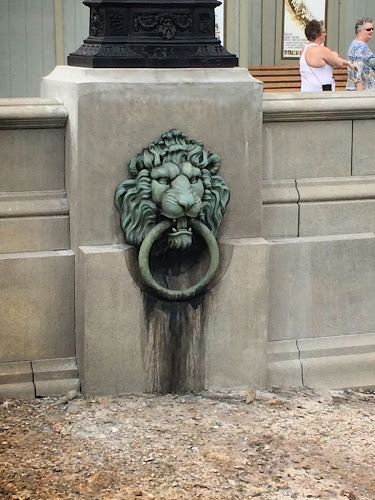 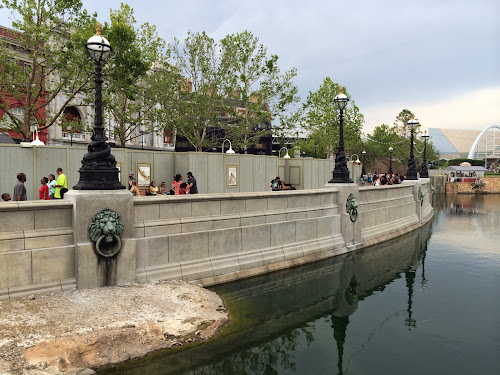 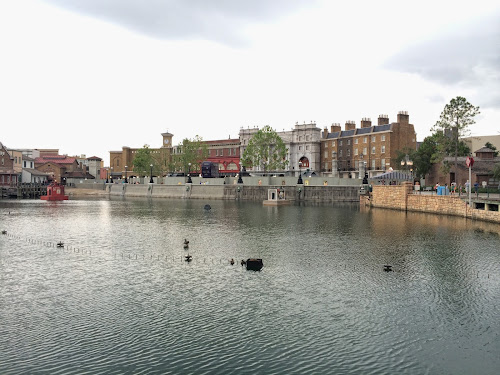 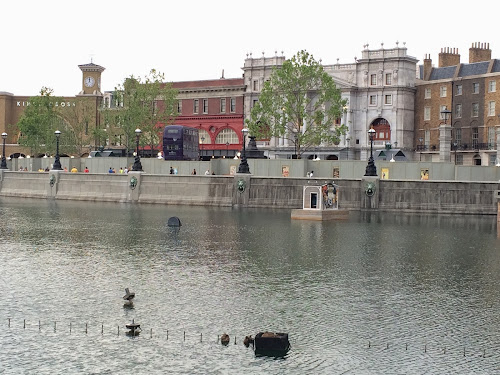 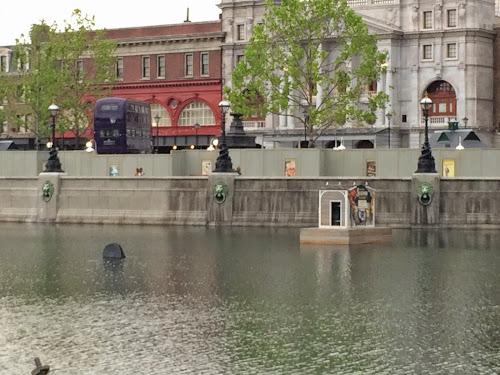 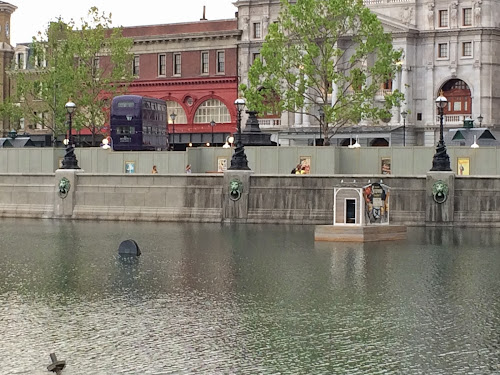 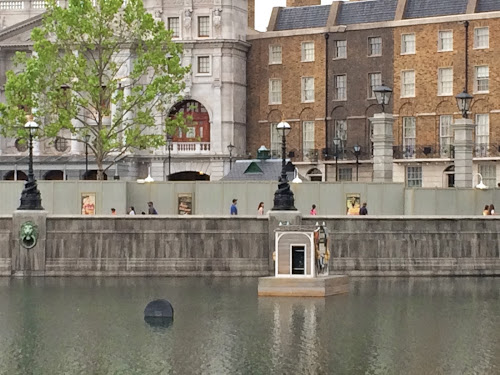 Benches have arrived along the waterfront, with lovely decorative details… 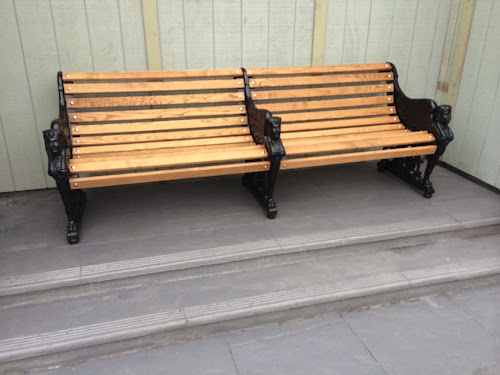 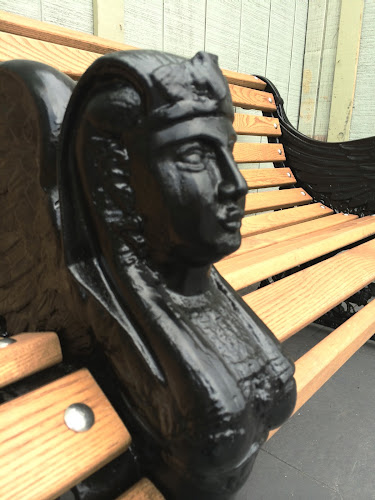 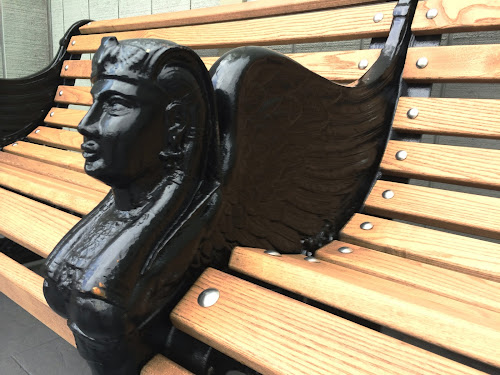 …but no matter how badly you want to get inside Diagon Alley, please don’t use them for this! 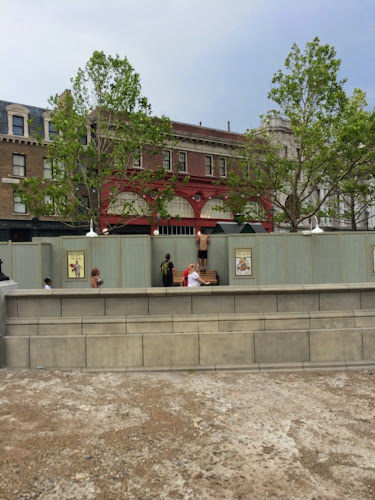 Kreacher the house elf can now be glimpsed peeking out of Grimmauld Place! The mechanical figure is reminicent of the Evil Queen from Snow White’s Scary Adventures. 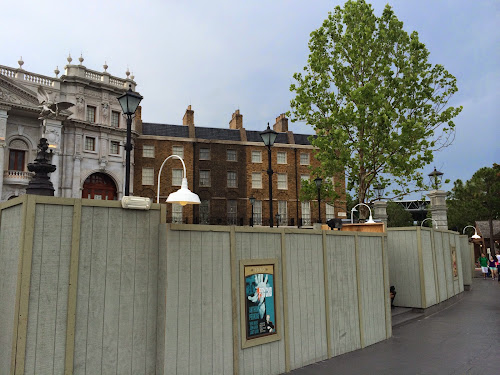 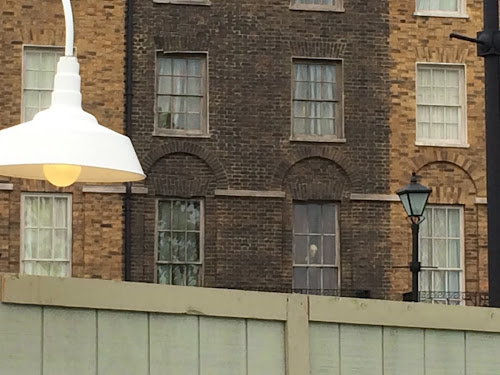 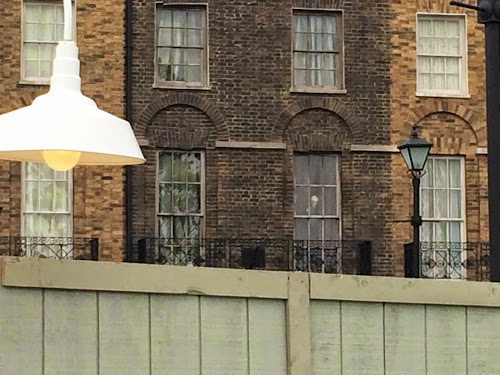 Before we exit the area, note that the wooded berm behind Diagon Alley looks nearly complete. 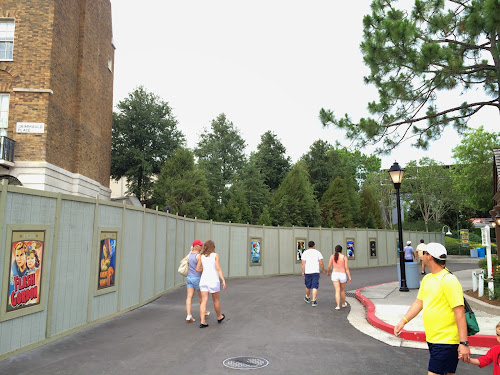 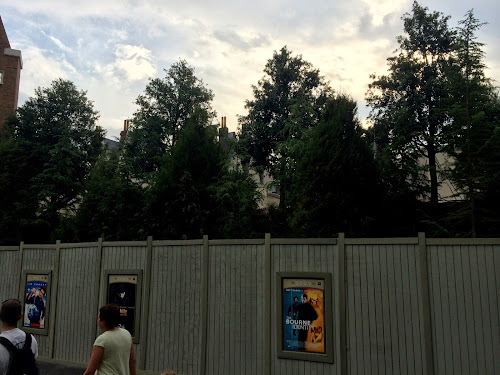 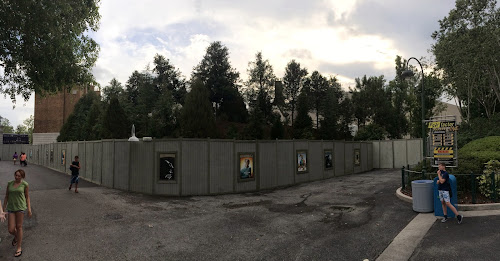 Over at Islands of Adventure, the transitional area between Hogsmeade Station and The Lost Continent has gained some trees to complement the large stones that were installed previously. 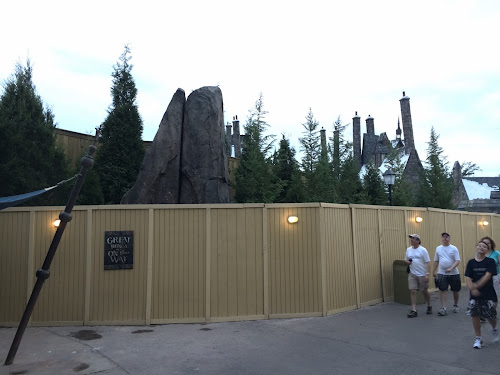 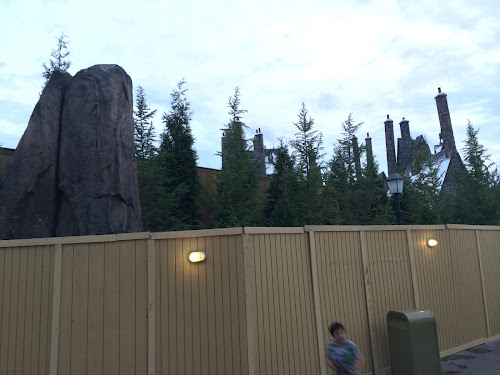 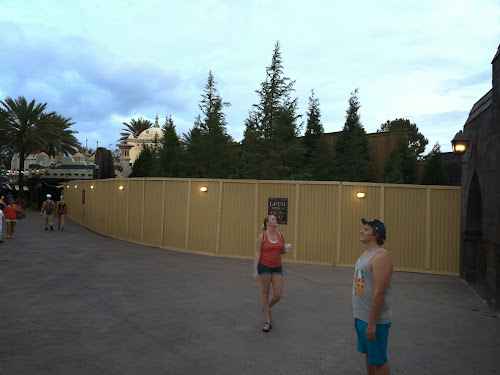 Nearby, the facade of the cauldron shop next to the tea shop received new signage not long ago: 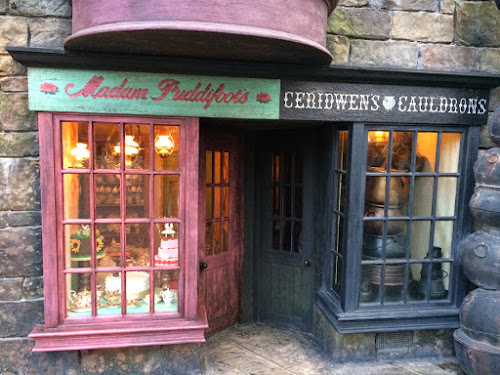 Lastly, the projectors in the third dome carousel inside Forbidden Journey were recently upgraded with a much brighter, sharper image. Hopefully this improvement will soon be rolled out to the ride’s other screens.

Ever since the Diagon Alley VIP Media Event was announced for June 17-20, speculation about the yet-unannounced official opening date has shifted into high gear. Here’s what we’ve heard recently:

As always, take all unconfirmed rumors with a grain of salt. But either way, it appears like it will only be a matter of weeks before we know first-hand exactly what’s new in the Wizarding World! 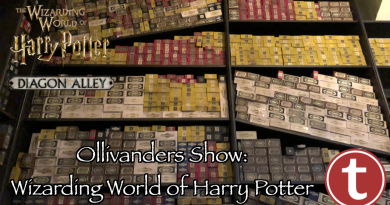 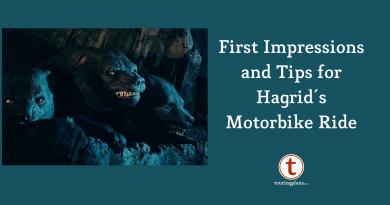