¡Hola mis amigos! As you may have already heard, the TouringPlans team will be spreading out all over the Mickey-loving world for next October’s #Everywhere project, and I was lucky enough to be selected to sail the Southern Caribbean on the Disney Magic out of Puerto Rico. I’m excited because this trip represents a few firsts for me. I’ve cruised previously with other companies, but am a Disney Cruise Line virgin, so I can’t wait to see if their legendary reputation for service actually exceeds my less-than-perfect prior experiences with their competitors. Also, this will be my first time cruising from a departure point other than Port Canaveral (which is an easy drive from my home), necessitating air travel and a hotel stay. This post is my first entry in a brief series explaining how I’m approaching these issues, in hopes of helping any readers out there who may be contemplating a similar itinerary someday!

The Disney Magic, which was extensively refurbished last year, spent the summer of 2014 sailing around the Mediterranean, and will cruise the eastern and western Caribbean out of Port Canaveral from Halloween through next spring. But the 7-night cruise I’m on is somewhat unique, and calls for a different kind of introduction…It is one of only 4 scheduled Southern Caribbean itineraries departing from San Juan, Puerto Rico. (This port is also visited by the Disney Fantasy during some of its 7-Night Eastern Caribbean cruises.)

Here’s a breakdown of the ports I’ll be visiting on my trip, which departs on October 11:

I’ve been told that flights to Puerto Rico can fill up and increase in price as the departure date approaches, so I secured my flights way back in February. After using Kayak to survey available flights, I found the best deal on a non-stop direct flight from JetBlue, which is a lucky thing since I love their seat-back televisions and free snack selection. The return flight leaves around 11:45 a.m., which is perfect for the 7 a.m. disembarkation. But the arriving flight lands at 4 p.m., which is late in the day for an embarkation.

Since the boat doesn’t leave port in Puerto Rico until 9:30 p.m., it would be theoretically possible to fly in the same day and still make it on board in time. But since I’m always cautious to the point of cynicism about scheduled arrival times whenever traveling outside the continental United States, and I want to have plenty of time to enjoy the boat on embarkation day, I decided to play it safe and fly in the day before my cruise begins. That gives me a extra night in San Juan before the cruise, which leads me to…

For a place to stay on the night before my cruise, I was initially intending to stay at the Sheraton Old San Juan. The property was recommended to me by TouringPlans reader and San Juan native Karen B. Ricardo Figueroa, a suggestion echoed by several others on cruise web forums. The chief selling point of the Sheraton is its location within walking distance of most of the cruise ports, which would save me the cost of a cab ride to the ship.

However, thanks to an alert from Scott Sanders of the invaluable Disney Cruise Blog, I discovered that our cruise would not be departing from the conveniently located complex in Old San Juan, but rather from the Pan American Pier on Isla Grande to the south.

As a result, I’ve settled on the Hilton Caribe, which is among the closest hotels to the airport and pier, and the property where Disney itself places guests who book their pre-cruise lodging through them. The Hilton also has a beach, which should be nice for some sunbathing since our cruise doesn’t visit Castaway Cay (my only disappointment with our itinerary).

Reading online reviews of the hotel on TripAdvisor and similar sites, I saw mixed reviews of its upkeep and service standards, but that may be attributable to the unrealistically exacting standards some American travelers judge foreign destinations by. If I do experience any horror stories, I’ll be sure to share them.

One thing to beware of is that the rate you initially see online for a San Juan hotel may inflate exponentially once local taxes and resort fees are tacked on. My one-night stay for $189 ballooned to nearly $243 after all the mandatory extras were added up!

One of the exciting things about my itinerary is that I will be the first TouringPlans team member to review shore excursions at most of the ports of call. Because we are first-time Disney cruisers, we aren’t eligible to book excursions until late July, but I’ve already been examining the options, and am narrowing down a short list of experiences for my wife and I to explore. I’m probably going to tackle the more adventurous activities (like zip-lines and jungle hikes) while she will relax with cultural and culinary tours.

Likewise, my favorite part of any cruise is eating, especially in table-service dining rooms, though I hear Cabanas on the Disney Magic is a better than average buffet. We were able to request late seating at the time our cruise was booked (we normally eat dinner after 8 at home anyway, and we’re hoping the demographic may be slightly older for the second seating) but we can’t book any optional eating activities — like Palo — until next month. Even so, I’ve been examining the menus for the Magic’s main dining rooms, and salivating over all the dishes I’m dying to try.

What excursions and meals are you most interested in hearing more about? Let us know in the comments below! 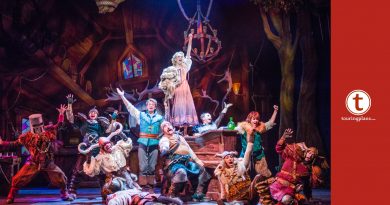 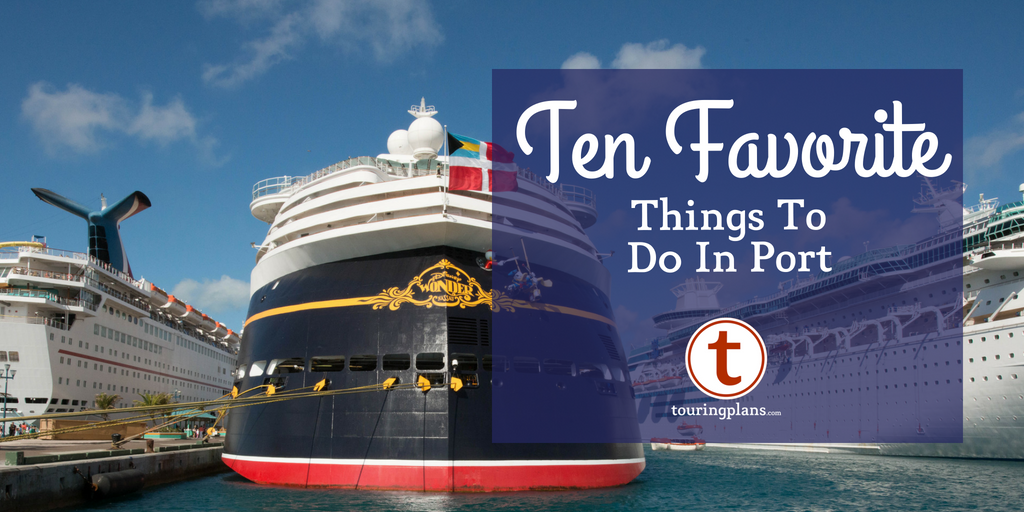 One thought on “TouringPlans #Everywhere: I’m cruising the Southern Caribbean on the Disney Magic from Puerto Rico”