The Festival of the Masters, a popular fine-arts festival that features creative works of art from award-winning artists, has been canceled for 2014l. This festival, which typically takes place yearly at Walt Disney World’s Downtown Disney, will not occur due to the massive amount of construction taking place in the shopping and dining district. According to Disney, much of the area that traditionally houses the Festival of the Masters is unavailable due to this expansion work. (And if you’ve been to Downtown Disney recently, you’ll quickly understand.)

This would have been the 39th annual Festival, which is known for showcasing artisans who are skilled in things like jewelry, painting, sculpting, chalk, glass work, photography, and much more. The Festival also often featured family-friendly events, craft activities, live music, specialty food dishes, and more. The Festival seemed to be growing larger and larger each year, and I was curious to see what this year’s event would offer.

This year’s open-air festival was originally supposed to take place November 7-9. Disney has already removed the Festival of the Masters page from its website.

I guess we’ll have to see if the event will return for 2015 or if Downtown Disney/Disney Springs construction will make it prohibitive for the festival to run next year, too. The first section of Disney Springs is expected to debut in Spring 2015, with the opening of The Landing. Disney Springs won’t fully be finished until sometime in 2016.

A Destination Wedding in Disney Springs 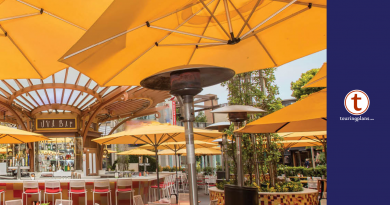