Hi, Everyone! Welcome to the Best Week Ever here at Walt Disney World! This week we’re stopping by Disney’s Hollywood Studios to say goodbye to The American Idol Experience and The American Film Institute Showcase. Next, we’ll stop in to see how things are going with the Polynesian Resort refurbishment, and then we’ll wrap up this week at the Magic Kingdom. Let’s get started by taking a look at American Idol. While I’m not surprised that this show is going the way of the dodo, I’m sad to see people lose their jobs. Hopefully there are better plans to utilize this space for all the talented actors who worked here. In the short term it seems pretty obvious that with the Frozen Sing-A-Long suddenly offering FastPass+ on September 2 that the show will be moving into this space. Does anyone want to see video of American Idol before it closes on August 30? Let me know in the comments, and I’ll be sure to include it next week.

Already closed as of August 17 is The American Film Institute Showcase. I stopped in this weekend to get a final look and video walk-through for you, but first, the gift shop:

Click to read more and more see video of the Showcase.

Below is my final walk through of the display. It’s sad that I’d never really paid attention to what was in here. There were amazing movie props, including a lifeboat from Titanic and the ax from The Shining. Is anyone interested in seeing a blog on the props? I took a ton of photos on all the displays. I wonder if these pieces will turn up somewhere else on property?

While I was at the Studios, I noticed that Halloween has arrived on the store shelves. Last week the merchandise was available at the Magic Kingdom, but as of Sunday the window displays are still decorated for the summer. I love fall at the Magic Kingdom, so I can’t wait for all the decorations to appear on Main Street. Remember, you can click on smaller photos below to see them larger. A new, spooky merchandise find was this group of cute Nightmare Before Christmas dolls. They were pricey at $16.95, but when these hit the outlet, they are mine! (Speaking of the Outlet, it had great stuff this past weekend. I can’t wait for Derek’s next shopping blog!) Also, if you enlarge the photo on the below right, you can see what looks like some new merchandise for this year! Below is something that is new for sure! Check out these Haunted Mansion Vinylmations! I had to really resist picking one of these up, but the $24.95 price tag helped. It’s funny: if these were more reasonably priced I’d have a big collection. They’re just plastic, so I can’t imagine Disney wouldn’t make a big profit even if they were half the price. Any Vinylmation experts out there? Am I totally wrong about that? As it is, I can only justify picking up an occasional blind box. Despite Elsa’s magic, it was getting pretty hot in the park, so I decided to head over to Polynesian Resort. I’d heard that things were looking better with the construction and that Captain Cook’s head reopened, so I wanted to share that with you. Taking a look at the restaurant, it is much nicer than before, and Tonga Toast is still on the menu! Also, the electronic ordering panels are gone. They were a pain, so I’m not sad to see them go! While I was wondering around, I noticed this sign. On all of my trips to Magic Kingdom in the last month the Express Monorail hasn’t been available before park opening. I never heard an official announcement that it’s opening at 9:30am these days, but that appears to unofficially be the case. Frankly, I prefer it. Before opening Disney provides air conditioned buses that are much more comfortable than the monorail, anyway! While the Polynesian still looks rough with walls up everywhere, the resort has put forth some effort to make it more pleasant. The walls now have art renderings of what the resort will look like in the future. Even cooler, there are Disney characters all over the walls for family photos. This tactic looks like lipstick on a pig on the Magic Kingdom construction walls, but it’s actually pretty nice at the Polynesian. I also stopped in BouTiki while I was there. More than any other Disney resort, I feel like Polynesian has lots of merchandise specific to the hotel. This shop is so richly detailed that it feels like a little, mini trip to Adventureland. I found myself lingering in the shop, just drinking in the tropical music and dreamy atmosphere. Of course, I was also taking about a hundred photos! Here are just a couple of the unique items. Of course, they are outrageously priced (i.e., Disney-priced). But it’s fun to scout things out here and wait for them to come to an outlet! I lost track of time poking around the resort and realized I was going to be late for my FastPass+ reservations! I hopped aboard the Resort Monorail and was whisked away to Magic Kingdom. I made it just in time for the Move It! Shake It! Celebrate It! Street Party. I knew it would make me a little late for my FastPass+, but who can walk past this? I was thankful that FastPass+ offers a 15 minute grace period for arriving late. I saw the parade coming and grabbed a prime spot in the hub before the music started and the crowd gathered. I take this parade for granted because it rolls through three times a day. Most days I just walk right past it, but it’s really well done, and there’s never a need to wait for excellent viewing. If you’re heading to Magic Kingdom, be sure to make time for it. However, be advised that if you’re in the hub you’re pretty much stuck there. I waited until they announced that the parade floats were stopping for the dance party, then dashed across the street so that I wouldn’t miss my FastPass+. A cast member yelled at me for doing it. I didn’t mean to break the rules and was really shocked by her reaction. So what ride was I running off to? Under the Sea ~ Journey of the Little Mermaid, of course! I know I’ve shared full ride through videos before, but I didn’t want to leave it out. So here’s my favorite part! Want more? You can check out the California version of this ride here.

Next I had a little shopping to do. I’d heard that some new Frozen merchandise had arrived, and I had to see it to believe it. I love the new shirt on the left. On the right, well, do you want to wear a snowman? That’s right, it’s a hat! Olaf basically straddles your noggin! This one is just too weird for me, but it would be fun to wear on my upcoming trip to Tokyo Disneyland! This next video I’m sharing as a public service announcement. The below video is an example of tourists behaving badly. I’ve filmed The Many Adventures of Winnie the Pooh many times trying to get it just right for you. I’m a perfectionist about these things, so I’ve changed lenses, frame rates, and exposure trying to get it just right. I finally figured out the optimal settings and have just been waiting for kismet to put me in the front row. It finally did this weekend! Then the family behind me proceeded to pretty much yell during the entire ride in another language. Can anyone understand what they’re saying?

Of course, I’m joking. How could anyone complain on such a breathtakingly beautiful day in the most magical place on Earth? It’s even started to cool down a bit. I’m certainly not suggesting that the low 90’s are cool by any stretch, but I’ll take it over the high 90’s! In the afternoons the skies fill up with clouds, and it really isn’t too bad. I also managed to catch Space Mountain with the lights on this weekend. While the ride itself just looks like a tangled ball of metal in the light, the below scene looks pretty nice! I never seem to notice it when I’m rolling by in white-knuckled terror on the actual roller coaster! I have one last very lucky photo to share from this weekend. Check out the hitchhiking ghosts below! The ride actually broke down, leaving us directly in front of this scene. I think I filled half my memory card taking advantage of this extremely rare opportunity! That’s all for this week. If you’re heading to Disney World next week, here’s a look at what you can expect:

Crowd Calendar: With local schools starting back up it seems the worst of the summer rush is officially over. Enjoy these lighter crowds before the holidays!

Weather: While the crowds are decreasing, so is the temperature. It’s still warm out there, but it isn’t as hot as we’ve seen the past couple months. It also isn’t raining everyday. Overall, this is a great time to visit!

Remember: There are only a precious few more weeks of late summer nights at the parks and water parks. Enjoy them before they are gone!

Here’s my top tip for this week: Tired in the parks? Head over to a Disney Resort and explore. You’re always free to stroll around one of the hotels or enjoy a meal. The theme of each hotel is beautiful and immersive. Try to check out at least one on your next trip! 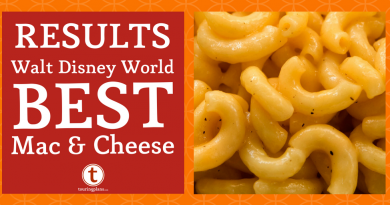 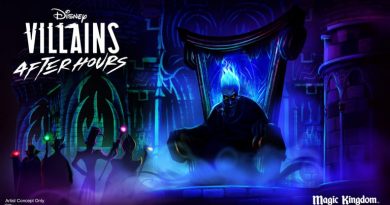 Disney After Hours Goes Villain at the Magic Kingdom