Hi, Everyone! Welcome to the Best Week Ever here at Walt Disney World! This week we’re visiting Epcot for a quick update and an awesome concert. Then we’re heading to Animal Kingdom and Disney’s Hollywood Studios for more fun.  Let’s get going!

The weather could not have been more perfect this weekend. There wasn’t a cloud in the sky and the air was cool and crisp. It was even cold in the evenings! If you take a look at the photo on the left you’ll notice the fountain in front of Spaceship Earth isn’t working. It actually hasn’t been for a while. Our joke has been it’s the mosquito breeding exhibit. 😉 Hopefully they’re able to repair it soon.

Walking through Future World I was so struck by the bright, blue sky. It’s so seldom that we don’t have a sky full of clouds. It reminded me of the kind of skies you find in Disneyland. For anyone not familiar, the photo below is of an area just between Spaceship Earth and the Fountain of Nations. The real reason we’d stopped into Epcot was to see Dennis DeYoung. I wasn’t terribly familiar with him but my hubby insisted on seeing him. Wow, what a show! I think he might be the best performer yet during the Eat to the Beat Concert Series! We immediately decided to see all the concerts that night. The view of World Showcase Lagoon is very pretty from the waiting area for the American Gardens Theatre. Here is just a short clip from one of the concerts. Dennis seemed to be having a lot of fun and was very engaged with fans. I saw him sign several autographs during then show in addition to the one during the video below.

After a night full of concerts there wasn’t much time for anything else, but Spaceship Earth looked even prettier on the way out! Switching over to Animal Kingdom, this park is being slowly taken over by walls. It’s a little concerning that they haven’t mentioned what’s actually happening here because it feels like half the park is hiding behind construction walls. In addition to these below (at the park entrance) there are tons in Asia and Africa. Speaking of Africa, on my way there I stopped into this gift shop and noticed a stunning view I’d been ignoring. Can you believe the detail just in a gift shop roof? The details in Animal Kingdom are amazing and I truly believe the park as a whole is underrated. Of course, this would make more sense a little closer to It’s Tough to be a Bug! Just before entering Africa I noticed the enclosure I’d mentioned a few weeks ago has in fact become the new home for the cotton top tamarin. I actually think this is a little sad. Before they were on an island and while they were contained it gave the illusion that they weren’t trapped. Now they are truly inside an enclosure with what looks like wire mesh holding them in. On the Kilimanjaro Safari you could tell that it was cold because the normal animals you see were mostly hiding. I assume they were somewhere warm and out of the wind. The black rhino was out pacing and oddly, several hippos were out of the water grazing. It must have been a little chilly to swim! Several elephants were out and not bother by the cooler temperature. The big cats were not cooperating with me at all! Normally I’m able to get a decent photo of one of them if I ride a couple of times. Well, they were sprawled out napping in the sun every ride this weekend. Check out that lazy kitty! While we were wandering around trying to decide what to do next we caught a whiff of something amazing and followed our noses. We ended up at the Royal Anandapur Tea Company looking at their long list of yummy loose leaf teas. I decided to try the green apple iced tea and it was wonderful! My hubby tried the honey vanilla rooibos hot tea and it smelled amazing! This was a great treat on a cool day. Of course, we stopped in to see Flights of Wonder and the show was excellent. Several of the birds were misbehaving a bit and missing their marks. I wonder if it had to do with the chilly weather? I decided to try out the 240 frames per second slow motion on my iPhone. I always think it’s amazing when the doves fly in and this really captured it.

Next we stopped by to see the Maharajah Jungle Trek. Apparently the tigers had heard about my bad luck with the lions earlier in the day and decided to help me out. 🙂 There were several broken pumpkins around that I assume they’d played with to celebrate Halloween and few days before. The bird house at the end of the Maharajah Jungle Trek is my favorite part. I can’t tell you how many times I’ve rushed right here at park opening. The birds are socialized and as long as you’re quiet they’ll come right up to you. However, this late in the day it was very full and very loud meaning that most the birds were hiding up in the trees. It was already well after lunch time at this point and I still wanted to hit the Disney’s Hollywood Studios before calling it a day so I headed toward the exit. I noticed even more new Christmas merchandise! Keep an eye out – I’ll have a post on Christmas goodies coming out tomorrow. (Sorry for the delay – I had it in when promised but with so many excellent writers on staff it took a little while to get scheduled.) Also, if the original food magnets weren’t enough for you there are now even more! The down side is they are still $12.95. But can you really put a price on having a Mickey waffle on your fridge? New Walt Disney World merchandise is also turning up. (Pictured left. Remember, you can click on any photo to see it larger) The odd thing is that this new merchandise doesn’t have a year listed on it. I’ve seen very limited items that actually say 2015. I wonder if Disney is getting away from dated merchandise in favor of something more generic? Also, the first Made With Magic items have started to appear in the parks. So far I’ve only seen the Minnie Mouse ears at $25. I’m holding out for a magic wand! Next we hopped over to Disney’s Hollywood Studios to see The Legend of Captain Jack Sparrow. As you may have heard, it’s closing on November 6th and I wanted to get video for you before it’s gone forever. It was just after 3pm and I walked up ready to wait however long it took. As I approached the cast member handed me a sheet of paper telling me to come back at 7pm and explained there is no standby line. Wow, just no answer other than we’ll see you in four hours for this ten minute long show? I can see why it’s closing…. Undeterred, we walked over by the Frozen Sing-A-Long and were once again told without a FastPass+ we were out of luck and were sent to a FastPass+ kiosk. There they told us that four hours before closing the entire PARK was out of FastPasses and many shows would already be filling their last seating at that time. When we asked what we were supposed to do they suggested The Magic of Disney Animation or Walt Disney: One Man’s Dream.

I think anyone reading knows that I stay very positive about these things and generally don’t have a bad thing to say about Disney, but what a disappointment! It’s a very dark time at the Studios, my friends. Unless you have your Fastpasses I would suggest you don’t bother. I saw many, many frustrated people trying to figure out some way to spend their time. The line at guest relations was so long I didn’t bother getting in it.

The silver lining is that this is still Frozen central! I noticed a new Christmas themed Olaf ($13.95) and a new Frozen Jim Shore figure ($65). With nothing much to fill the next several hours we didn’t make it to see Jack Sparrow. I know there have to be big plans for this park, but I just wish they’d let us in on the secret. Today it just feels like it’s slowly going out of business one attraction at a time without giving anything back. Next on the list to possibly go: this hat? One things for sure, eventually this park will be getting a Starbucks and that is one line worth waiting in. Crowd Calendar: Crowds don’t look terrible except for one spike on the 9th. Be sure to keep an eye on party dates and plan accordingly.

Weather: The weather should be great with high in the mid 70’s and lows in the 50’s.

Remember: November 10th is the last day of the Food & Wine Festival. Expect extra crowds at Epcot as everyone stops by one last time.

Here’s my top tip for this week: You can’t trust Florida weather! This is the time of year where the forecast changes drastically and often. It’s a good idea to come prepared with light clothing but also some cold weather gear, just in case. If you find yourself freezing without a coat it’s worth paying for a cab ride to the Orlando Premium Outlets. There you can get a quality coat for less than the price of a Disney sweatshirt. 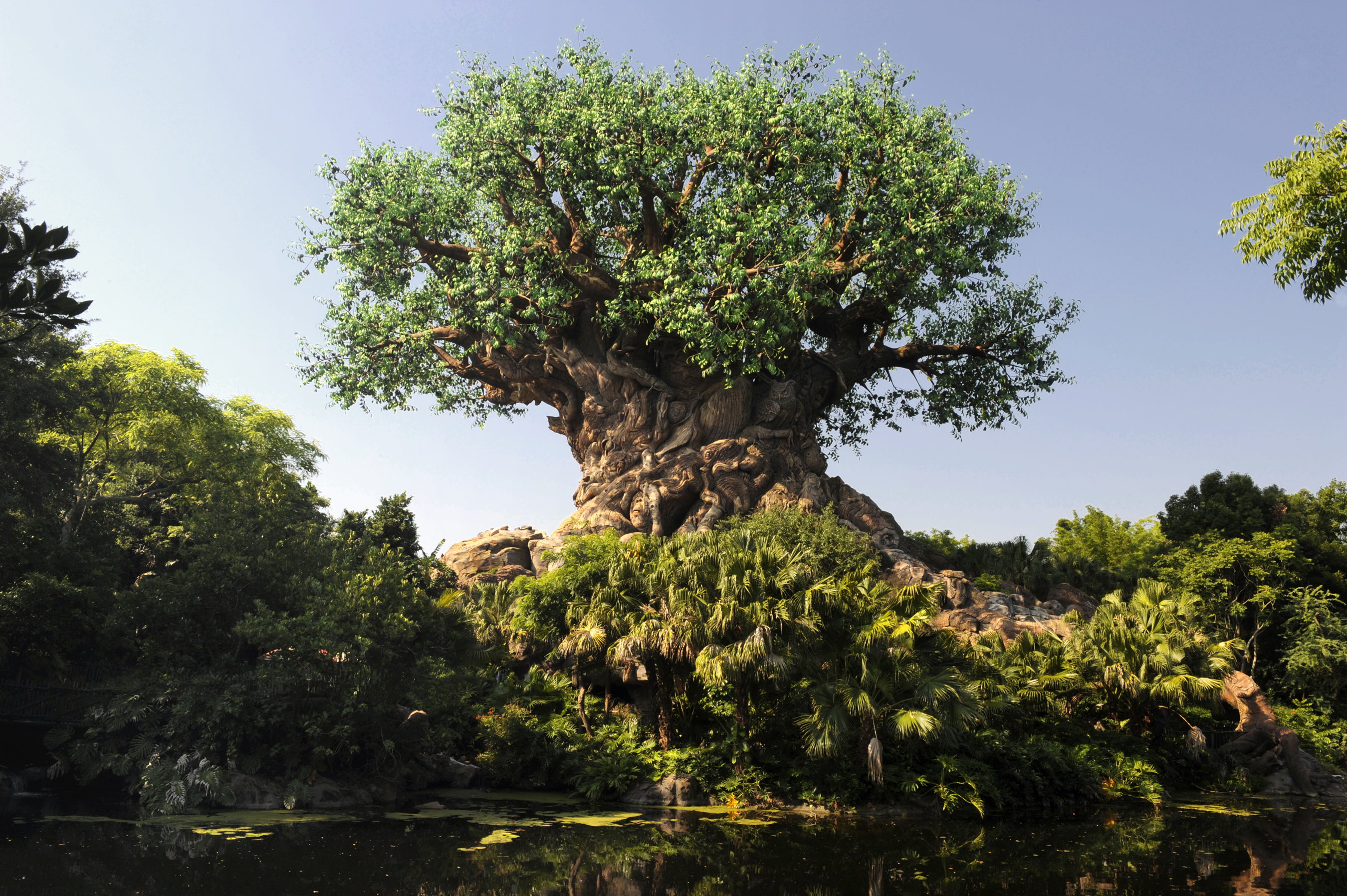 Guardians of the Galaxy Attraction at Epcot Will be a Coaster