Welcome to Italy, fabled home of the Roman empire, pasta and pizza,…and flag tossing? Following the firing of numerous fan-favorite entertainment acts around World Showcase, Epcot has been debuting new shows, with Italy's Sbandieratori Di Sansepolcro being among the most recent additions to the park's lineup. Daisy Lauren recently shared a brief preview of the show in her recent Best Week Ever, and I caught up with them during the Food and Wine Festival's final week to capture this Sbandieratori Di Sansepolcro full show video:

Unfortunately, this new flag-waving act didn't fare any better in my estimation than it did in Daisy's. As a fan of drum and flag corps, I was really looking forward to this show. But while there were a few impressive tricks, overall I was deeply disappointed with this troupe's poor performance quality. 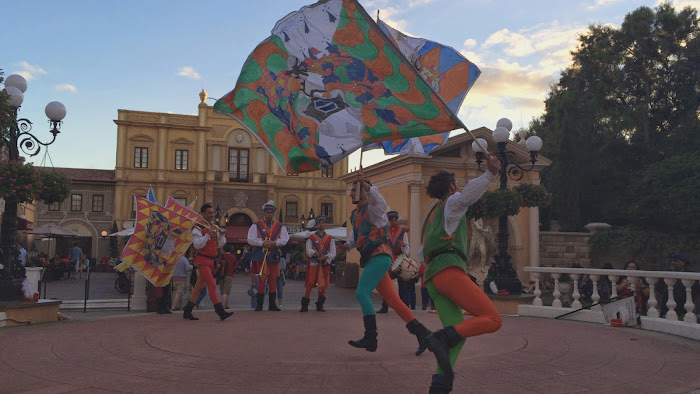 While the lead performer (who executes an amazing foot-juggling solo) was excellent, the rest of the group was sloppy, unenthusiastic, and shockingly unprofessional, chatting casually with each other during the show. 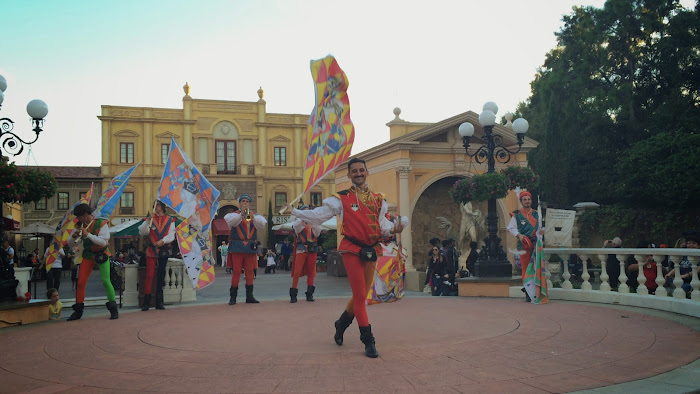 While the show I witnessed gathered and retained a slightly larger audience than when Daisy saw them, it seemed singnficantly smaller than what the Ziti Sisters used to attract. Without some serious improvements to show quality, I can't see it lasting very long. 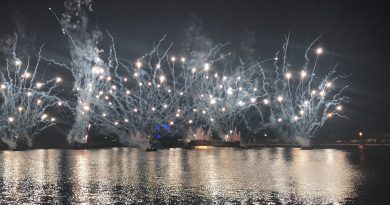