Star Wars Weekends are rapidly approaching; we are only 3 months away from Weekend I! This year the event takes place at Disney’s Hollywood Studios on weekends (Fridays, Saturdays, and Sundays) from May 15 through June 14.

Star Wars Weekends dates for 2015 are:

The excitement is ramping up as new details are starting to trickle out about this year’s events, like that fact that once again performing hosting duties each weekend will be character actor, James Arnold Taylor, who voiced Obi-Wan Kenobi in “Star Wars: Clone Wars.”

For those who like shopping, Darth’s Mall will also be moving; the new location will be found near the Streets of America. Darth’s Mall is where you’ll be able to pick up the latest and greatest in Star Wars merchandise.

As part of the evening’s events, there will be the “Summon the Force” celebration, which is where your favorite characters will assemble and your social media moments will be shared. The evening will end with the “Symphony in the Stars” fireworks extravaganza, saluting the saga’s most memorable stories.

Disney had previously announced that two fantastic character meals that were introduced last year will be returning. Guests can participate in the Star Wars Dine-In Galactic Breakfast at Sci Fi Dine-In Theater.  Here guests can meet characters from the Star Wars universe, including Darth Vader, Boba Fett, Greedo, Jawas, and Stormtroopers. The cost for this breakfast is $49.99 per adult (ages 10 and up) and $31.99 per child (ages 3 to 9). (Again, tax is included, but gratuity is not).

There’s also the Jedi Mickey’s Star Wars Dine at Hollywood and Vine, where guests can meet Disney characters dressed as those from the Star Wars universe, such as, Jedi Mickey, Princess Leia Minnie, Darth Vader Goofy, Storm Trooper Donald, and Ewoks Chip ‘n’ Dale. The cost for this meal is $57.99 per adult (ages 10 and up) and $34.99 per child (ages 3 to 9). (Tax is included, but gratuity is not). The Jedi Mickey’s Star Wars Dine is only available for dinner.

These two character meals are available daily from May 4 through June 14.

There are still more details left to be finalized and announced, like other additional entertainment offerings and which celebrities will be appearing. One thing is for sure though, with Star Wars VII opening in theaters this year, this year’s Star Wars Weekends are hopefully going to be very exciting! 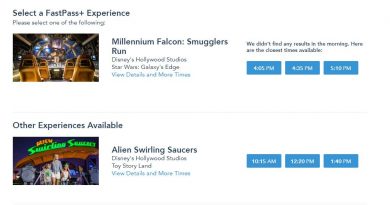 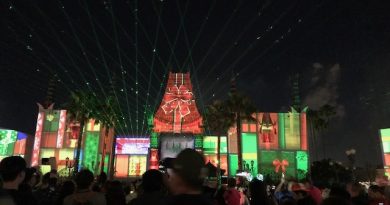 The Osborne Family Spectacle of Dancing Lights Dates for 2015