The details were released that the restaurant will see a complete redesign on the outside, with a gorgeous new brick exterior, a new water tower (built from the neon sign that is currently present), and an expanded outdoor terrace and bar. The look is much less gaudy than what is currently there. Inside, the restaurant’s theme will continue, with a high-tech planetarium with stars and constellations on the ceiling. However, for those of you movie buffs, don’t fret! The restaurant will still feature Hollywood props and costumes and Hollywood movie features will still be shown. (Will be interesting to see how that will tie in with a planetarium redesign, but it is the schtick of the restaurant. Celestial stars…Hollywood stars…I guess I can kind of get it.)

The best news to come out of these new details? The menu is expected to be updated! Celebrity chefs are being asked to enhance the menu, but they expect the pricing to remain the same. According to Planet Hollywood International founder and chairman, Robert Earl, “I’m going to focus heavily on the food. We’re going to have some worthy opposition, some that has been announced and some that hasn’t.”

They aren’t kidding about worthy opposition; with options like Morimoto Asia, The BOATHOUSE, and STK Orlando, Downtown Disney/Disney Springs is certainly upping it’s foodie game, so these changes can’t come at a moment too soon. The redesign of Planet Hollywood is expected to be complete by sometime in 2016. 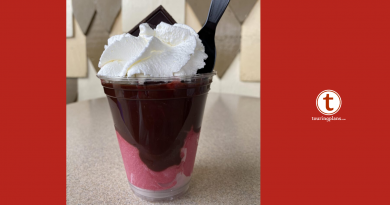