Hi, Everyone! Welcome to the Best Week Ever here at Walt Disney World. This week we’re visiting Epcot to check out the Egg-Stravaganza and meeting the Easter Bunny at Magic Kingdom. This is one of the busiest weeks of the year so just wait until you see these photos! 😀

Despite plans of being at the park for rope drop, I somehow managed to just get there after lunch. (oops) However, parking and getting into the park was a breeze. Sometimes the busiest times are the best to visit because Disney is prepared for the crowds. As you can see from the photo below, boy were there crowds! 🙂 At the time this photo was taken Spaceship Earth had a 60 minute wait. I don’t know about you, but I don’t think I’d ever wait that long for this attraction. Next we’re off for some egg hunting. Want to play along? Be sure to click to read more. You don’t want to miss the Easter Bunny, do you?

Since I try to always be honest with you guys, I should tell you I skipped actually purchasing a map for the egg hunt this year. I’ve done it the past couple of years and while I’m thrilled that I was able to get a Daisy egg last year, I don’t really have any use for another plastic character egg this year. However, taking a look at the sign below I was still able to enjoy playing along with the egg hunt. Here are another couple that I found. I tried to make the photos such that I wouldn’t give away the locations in case anyone is planning to visit this weekend. While I don’t have kids, I saw tons of little ones hunting eggs around the World Showcase and having an absolute blast. The hiding locations aren’t very difficult so it’s not challenging for adults. (Well, unless you’ve enjoyed a few of the adult beverages the World Showcase is so known for..) While I’m thrilled that the egg hunt is being offered, I wish there was an expert level hunt too. They offer this in Japan and I think it would be more fun for adults. What do you think? Would you play if they offered an expert hunt? And were you able to tell which lands have which eggs? Or did I cover my tracks well enough to throw you off?? While I’d love to just post a bunch off egg photos, let’s get back to the rest of the park. As you can see from the photo below it really is one of the most crowded weeks of the year. I normally don’t have any trouble navigating the crowds but it was more challenging than normal this weekend. It certainly isn’t like trying to move around on New Year’s Eve, but it was close! But a crowded day is a great time to stake out a spot and wait for a monorail to roll by. The parks may have been crowded, but the weather could not have been more perfect. The temperature just barely perked up into the 70s with crystal clear blue skies. I wish I could have bottled it and sent a little home to all of you! I really wanted to see something while I was there and you can always depend on a 5 minutes wait at Captain EO. Since this will be closing on April 9th, I also wanted to get some photos. I know it isn’t popular but I remember this fondly from my childhood. I’m actually sad to see it go. Anyone else out there or is it just me? Ok, just a couple more. If I had to say goodbye I’m glad it was on a busy weekend with a full theater. At the end of the show the crowd burst into applause. I don’t know if I’m just sentimental or have bad taste, but I still like the show to this day. Guess I’ll just hang onto my Hooter and Fuzzball plush and hope they bring it back a 3rd time. 😉 After this I decided to shop my way out of Epcot and head over to the Magic Kingdom. The only new thing I found to share was this super cute Minnie Mouse jean jacket. Isn’t it adorable? I don’t know about the $69.95 asking price, though! It seems like everything I see at Disney needs to cost about 30% less! If you feel differently you can order it with barcode: 400008 589932 Also, I always think it’s important to point out that there are breaks in the crowds. Some people only share photos of the crazy mobs, but there are always places to get out of the mess. The below photo was taken as I was strolling out of the park. I didn’t setup the photo in any way. It was just a peaceful spot. Don’t be intimidated to visit the park during peak times. It just requires a little extra planning and patience. Before we leave Epcot, here’s one more photo of the beautiful blue skies from this weekend. There’s something about Epcot when the Flower & Garden Festival is going on. Somehow it’s just prettier than it is the entire rest of the year! Add to that the bright, clear skies and I could have done and entire post on my time here this weekend! But everyone wants to head to Magic Kingdom, right? Well let’s get going! I know I’ve shared before that I’m a ferry boat girl. The below photo is part of the reason why. It just isn’t as popular as the monorail. At 3:15pm in the afternoon I was able to walk on with no wait and find a seat upstairs. What do you think? Monorail or Ferry Boat? And why? The time of day I arrive is a bit of a trick. You see, I know that the Festival of Fantasy Parade tends to arrive at the front of the park roughly at 3:30pm. I also know that they have to keep a walkway open down Main Street for fire code. So by arriving when I did I was able to walk along Main Street and see the entire parade. Is it a perfect view? No way! But if I were visiting without kids it would be enough for me to say I’d seen the parade. The floats are so tall you get to see most of the parade anyway! As expected, the new hub area is handling crowds very well. You can click on the below left photo to see folks walking through all the areas that used to house planters. The photo below right shows a turret being built beside the castle. I’m lucky I went when I did because the matching turret on the left is not completely hidden behind construction walls! Over in Adventureland the construction walls have come down to reveal some really pretty building exteriors (below left). Rumors are that this will be a restaurant. I certainly hope that’s the case as Adventureland really needs more food options. Sunshine Tree Terrace also inexplicably swapped locations with Aloha Isle earlier this month. I would assume they’re trying to move the long line away from the entrance to the land. However, if that’s the case that sign should say “No Dole Whips Here”. It sounded like everyone in line was just walking away because that’s what they wanted and the line was as long as ever! Back towards Main Street I found these flowers greeting in the hub gardens. Aren’t the pretty? It was great because I believe they were unannounced and greeting very casually. There aren’t many pop-up experiences like this that aren’t planned. I hope we see more of this in the future! Below you can see what is left of the Rose Garden. While I was shocked to see it this way, I’ve been really impressed with everything that has been done with the hub expansion to this point so I have confidence this will be great too. I’m just so ready to not have construction walls up already! However, the walls came down from around the jewelry shop on Main Street and it looks better than ever! I had theorized that maybe they were putting up a Pandora sign, but it looks like it was just a fresh coat of paint. Now that this is complete there are not construction walls down Main Street. Let’s hope it stays that way for a little while. Sometimes I just include a photo because it makes me happy and I think it might do the same for you. There’s no story here, just a bunch of bright balloons on a pretty day! 🙂 For our grand finale: The Easter Bunny! I actually saved this for last because I was dreading the line. I had hoped to get to the park at rope drop, but since that hadn’t worked out I was expecting to wait 30 minutes or more. When I walked up it was even worse, the line looked closed! I asked the cast member out front and it ends up it wasn’t closed, it was just that short. There were only two people in line in front of me and I was able to meet the bunnies in just 5 minutes! Moral of the story: stop by and check because you might be surprised! Crowd Calendar: It will continue to be very crowded this week. Be prepared!

Weather: Guys, it’s heating back up! Highs will be getting up to 90 with some rain in the forecast. At least you won’t be needing a coat!

Remember: We’re taking the week off from Best Week Ever next week, but we’ll be back on April 16th. Can’t wait to see you there!

Here’s my top tip for this week: On Easter Sunday there is normally a small, unannounced pre-parade to celebrate the holiday at Magic Kingdom. If you’ll be in the area don’t miss it! 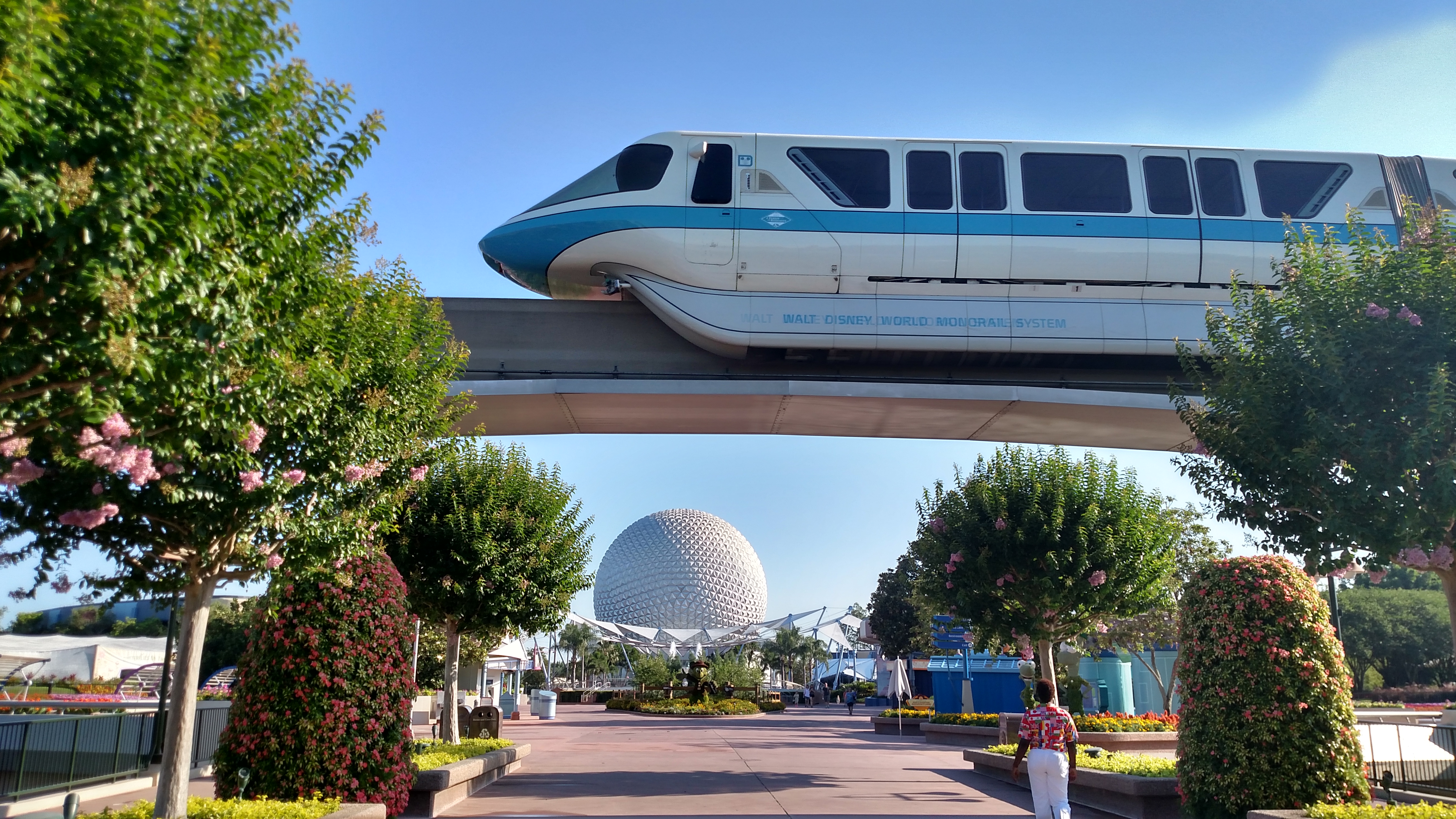 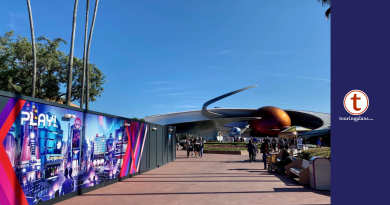