This week’s SATURDAY SIX includes the Top Six Food Items at Fast Food Boulevard. Replacing the International Film & Food Festival in 2013, Springfield’s Fast Food Blvd has quickly become one of the most popular dining locations within the Universal resort. Complete with items taken directly from The Simpsons television show, this “food court” style eatery offers a wide array of items to appease everyone in your party. While it was almost impossible to narrow the list down to just the six items – in fact it was almost painful to leave off the Clogger Burger and the Sideshow Bob Foot Long – we now present to you the best of the best…

#6 – The Ribwich at Krusty Burger

As a longtime fan of The Simpsons show, the minute it was announced that Fast Food Blvd was going to open I was hoping there would be a Ribwich. Hilariously mocking the McRib from McDonald’s, on the show Krusty Burger described its creation of the Ribwich with the following, “We start with authentic, letter-graded meat, and process the hell out of it.”

Unlike its television counterpart, the Ribwich is nothing like the McRib and is more in line with a pulled pork sandwich. Topped with coleslaw and served with seasoned “Kurly” fries and a pickle spear, the Ribwich was definitely a menu item needed within Universal Studios Florida, with pulled pork being such a staple of Florida dining. In fact, while you can find pulled pork within CityWalk’s Margaritaville, and Hard Rock Café, Krusty Burger is the first to offer it within either of the Universal parks. The combination of the cool coleslaw on top of the warm pulled pork makes for a flavorful experience.

#5 – The Basket O’ Calamari at The Frying Dutchman

Ahoy ye mateys! Surprisingly enough, Universal Studios now has two decent seafood places as The Frying Dutchman serves as a nice quick service counterpart to the flagship restaurant of the park, Lombard’s Seafood Grille. I’m much more of a fried seafood kind of guy and The Frying Dutchman comes through in spades.  The calamari came out great and was served with one hushpuppy and an order of tater tots. Considering most theme parks are filled with standard french fries as a side, one of the most satisfying parts of Fast Food Blvd is that it brought in tater tots and seasoned “Kurly” fries, both of which were long overdue. As Homer himself would say, “Mmm…tater tots.”

A last minute replacement for Kentucky Fried Panda, Cletus’ Chicken Shack may actually be the true gem of Fast Food Blvd with one great item after another. The double batter chicken platter was a true surprise as the corn-flake crusted chicken was very flavorful, and the mashed potatoes, coleslaw, and corn on the cob were great sides. It reminded me a bit of eating meals at the Three Broomsticks in that the mashed potatoes and corn on the cob are not your every day theme park quick service sides, but they go perfectly with the chicken here.

One of the biggest hits of the opening of Fast Food Blvd was the release of the new Lard Lad donut. Previously a smaller version of the iconic sprinkled pink donut was available at the Kwik E Mart. The new donuts are gigantic in size and Universal made a big media splash by sending donuts out throughout the country to theme park reporters like Jim Hill. Bargain priced at less than $5, this may be the biggest bang for your buck in theme park snacks. An entire family can gorge on this donut and only run a slight risk of the immediate onset of a sugar coma.

These new Lard Lad donuts  are available at the Kwik-E-Mart, the Lard Lad Donuts shop, and near the check out area of Fast Food Blvd. If at the latter, be sure to check out the great selection of cupcakes as well. My favorite was the cookies and cream one, but you can’t go wrong with the peanut butter and jelly one either. There is also a very good chance that we are going to see some new and “extreme” donuts coming to Springfield in the future. That would definitely be one of the wishes I would make if I ever found Aladdin’s magic lamp, so here’s hoping!

Like the Ribwich, the Krusty Burger is an iconic food item straight from the canon of the Simpsons universe. Known as “the unhealthiest food in the world,” the Krusty Burger in Universal’s Fast Food Blvd is just a really good theme park burger. Using different burger patties and rolls from the other hamburger locations in the park, each Krusty Burger also has a giant tomato slice, iceberg lettuce and is topped with both a cheddar cheese sauce and a “secret” sauce.  Served with “Kurly” fries and a pickle spear, being able to chomp down on an actual Krusty Burger will bring many a Simpsons fan’s dreams come to life.

What some people see in the Dole Whip at the Magic Kingdom, or the Fish ‘n Chips at the UK pavilion in Epcot is what I see in the Chicken and Waffle Sandwich. This was a wonderful experience that promises to get even better when the standard waffles being used currently are replaced by homemade waffles down the road. [EDITOR’S NOTE – looking back, that may have been wishful thinking.] People outside the southern part of America are probably thinking “chicken and waffles? Have you lost your mind?!” but the two  foods combined just create something magical. Even better, Cletus’ Chicken Shack has a special maple flavored mayo that takes the sandwich to the next level. When ordering, ask for the mayo on the sandwich and on the side. You can thank me later. Throw in some tater tots and you basically have the perfect quick service meal in a theme park.

So there you have it: the best of the best when it comes to food options in Fast Food Blvd. While this list is definitely meat-centric, there are many options for those that do not eat meat or fish (among other things, my vegan girlfriend was very happy to discover they offered Zico coconut water at Lisa Simpson’s Teahouse of Horror). Universal took what I would consider its worst counter service location in the old International Film & Food Festival and turned the location into its best counter service location. You can’t ask for more than that. If you enjoyed yourself, be sure to check out The Magic, The Memories, and Merch! articles, or, for your listening pleasure, check out the Pardon the Pixie Dust podcast.

Special Thanks to crack staff photographer Brandon Glover and Megan Stump for their invaluable assistance with this article. Be sure to also check out Brandon on The Park Blogger podcast with co-hosts Aengus Mackenzie and Brian Carey. 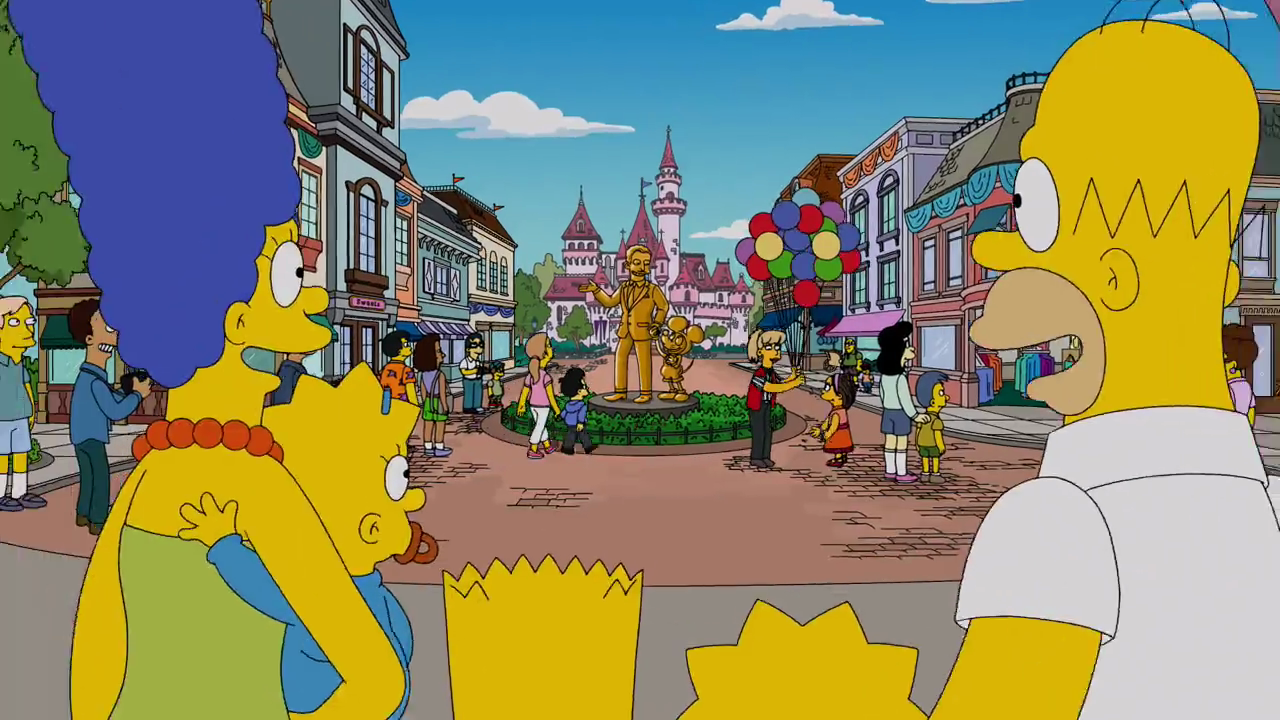