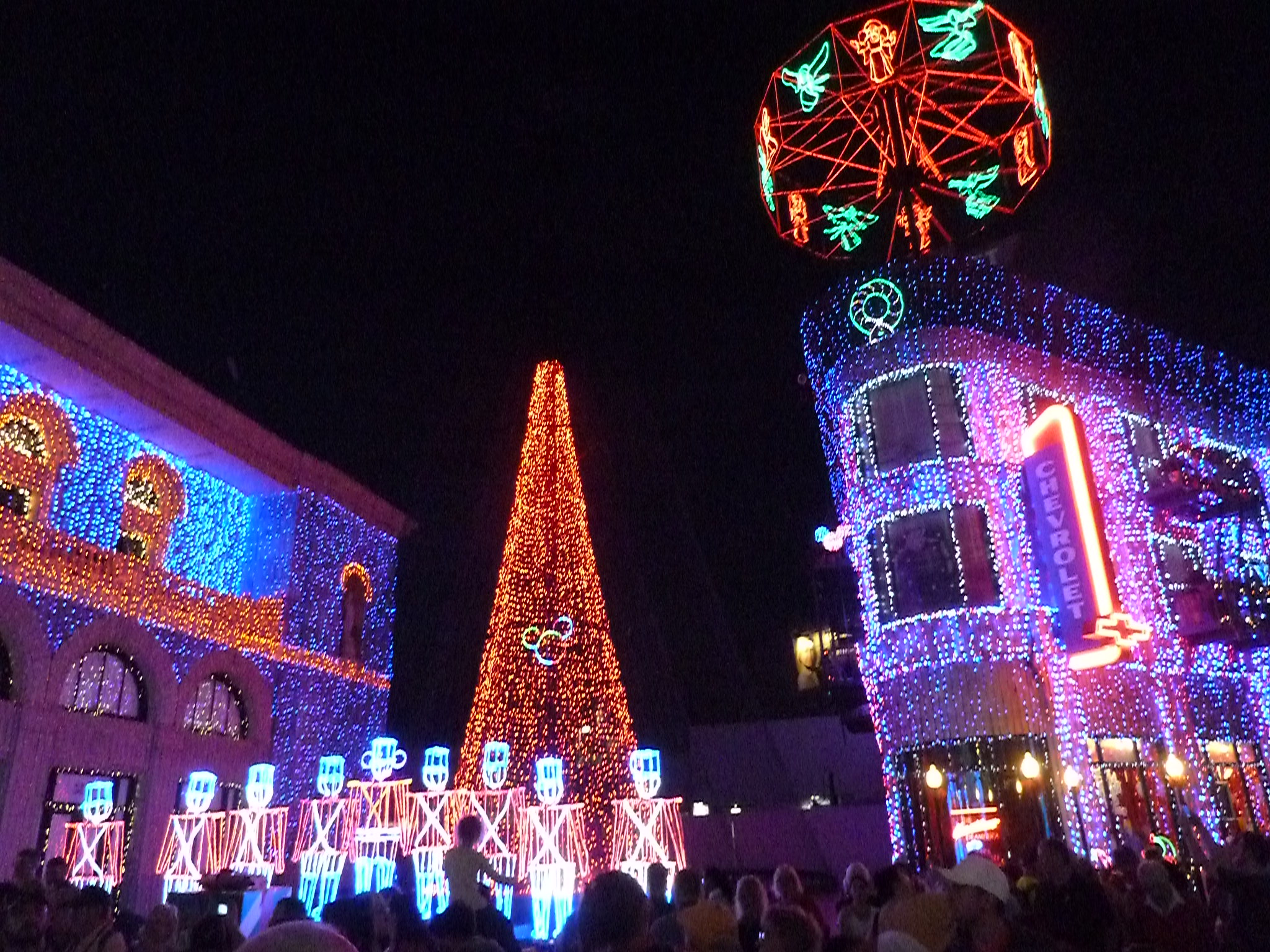 The first weekend of November has just passed, but Walt Disney World‘s holiday celebrations are already well underway. Over at Disney’s Hollywood Studios, the 2015 Osborne Family Spectacle of Dancing Lights has sparked to life for it’s final season, and just like for the Jingle Cruise, we were there on opening weekend to bring you the experience via video.

The following first-person footage will allow you to enjoy a 25-minute walk through the 2015 Osborne Family Spectacle from the comfort of your couch, complete with three full “Dancing Lights” songs.

Now that you’ve seen what’s in store, here are a few touring tips for readers planning on attending the 2015 Osborne Family attraction in person:

The currently lights turn on nightly at 6 p.m., and stay lit until park closing. 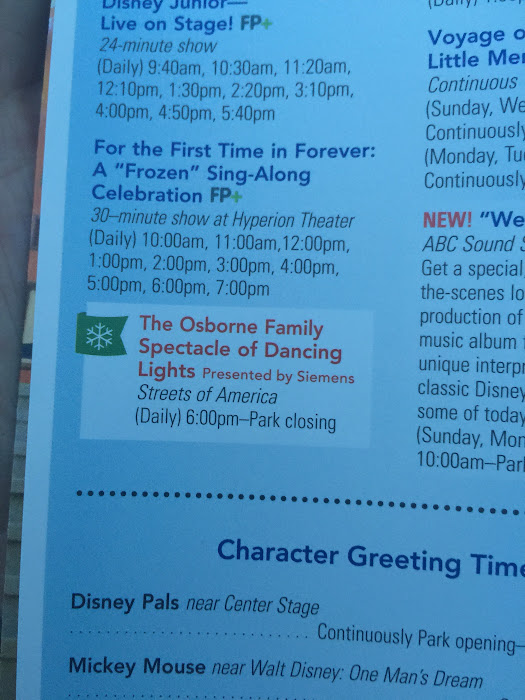 The street that passes in front of the ABC Commissary is designated as one-way for guests exiting the Osborne Spectacle only. To enter the Streets of America, you must first pass by Star Tours and MuppetVision towards the Lights, Motors, Action stadium. 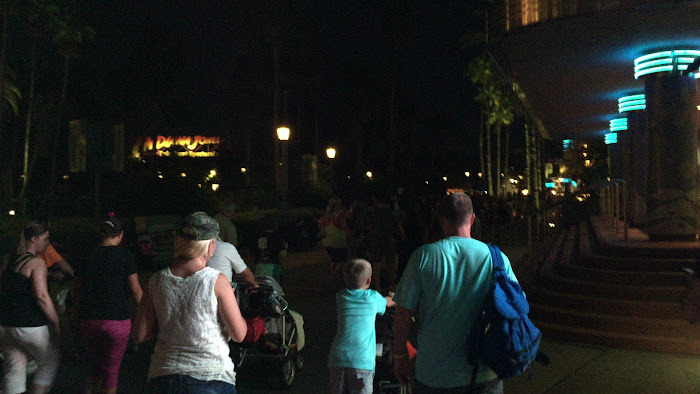 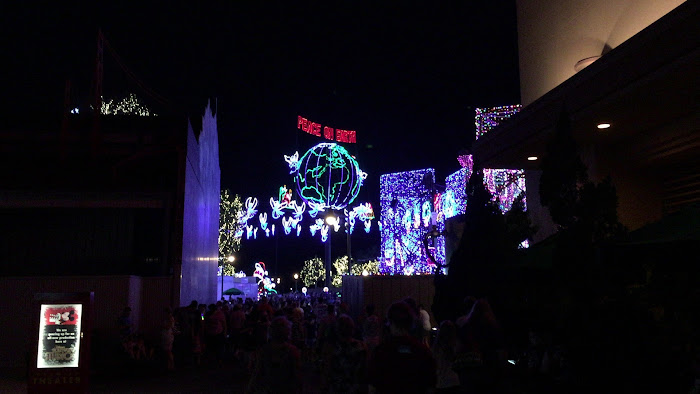 Here’s a peek at the accommodations for the Merry & Bright dessert party. The tables are arrayed around the base of the globe centerpiece, so some seats may have a semi-obstructed view of the street. 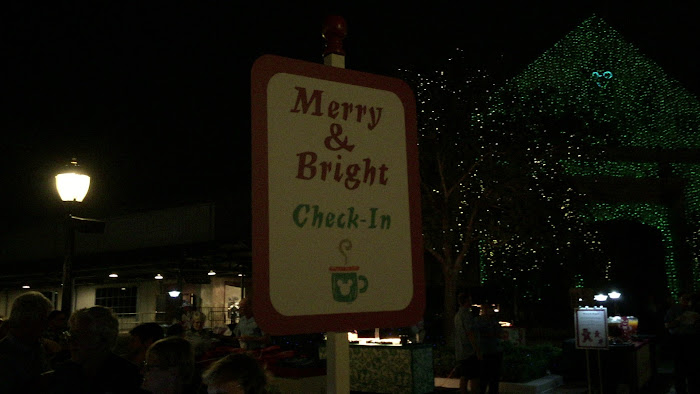 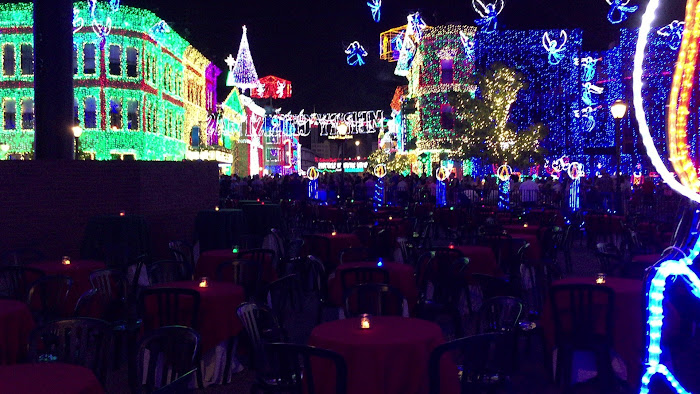 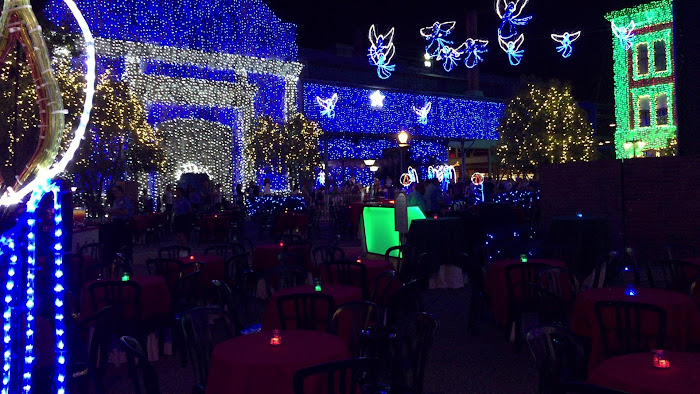 This window display on (located on the right-hand side of the street just before exiting the area) pays tribute to the Osborne family and their spectacle’s history. 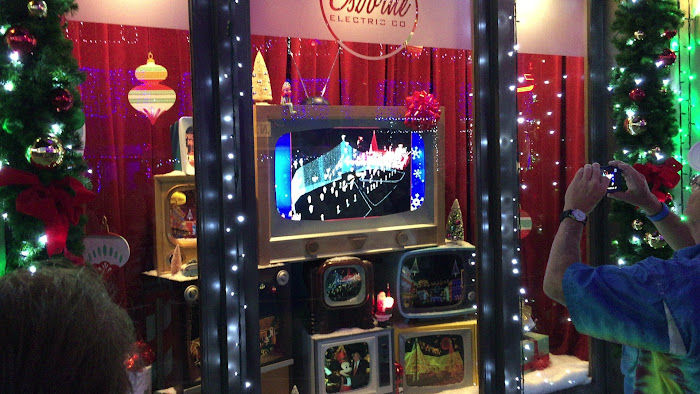 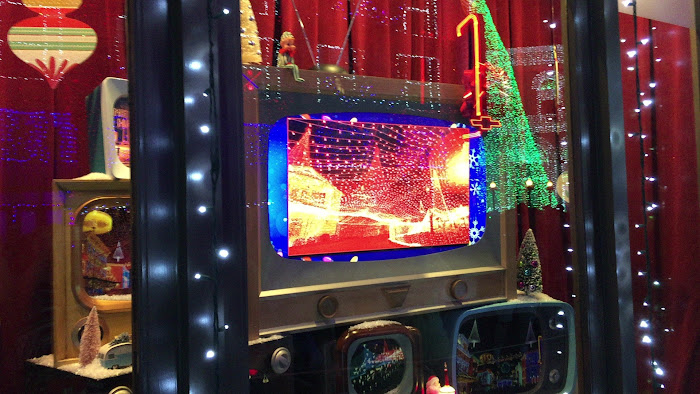 The light displays also are home to a host of Hidden Mickeys and other secrets — try to search for them in between the frequent synchronized musical seqences. 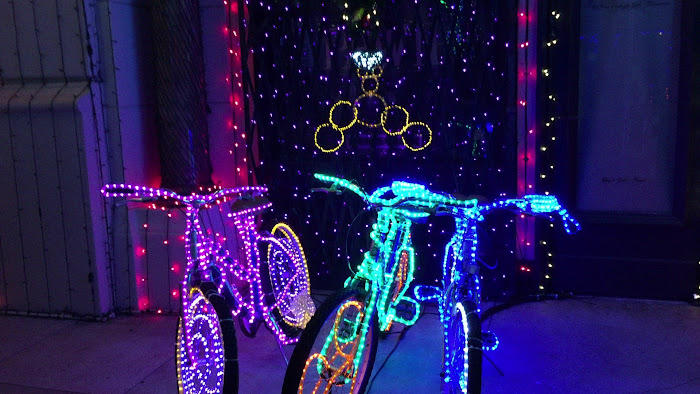 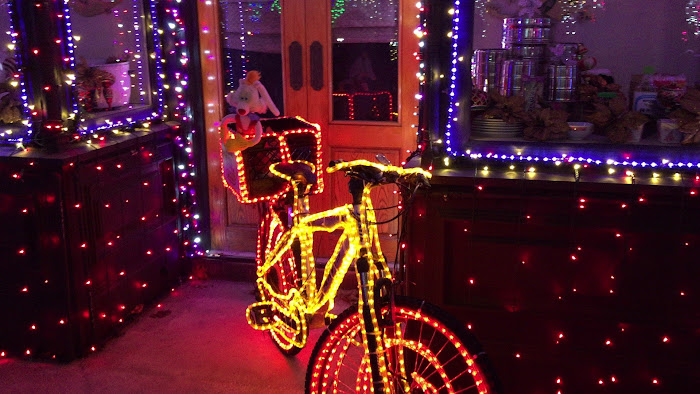 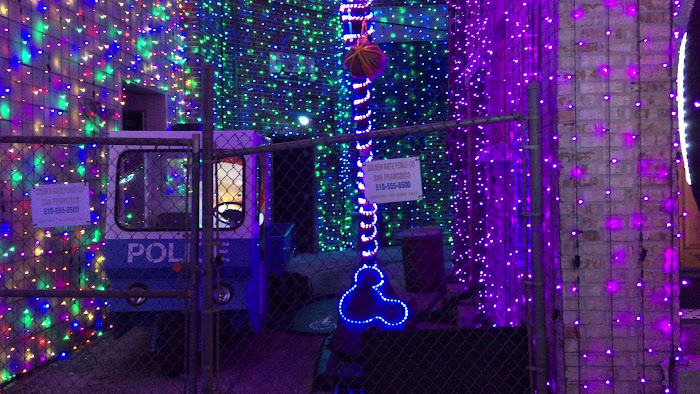 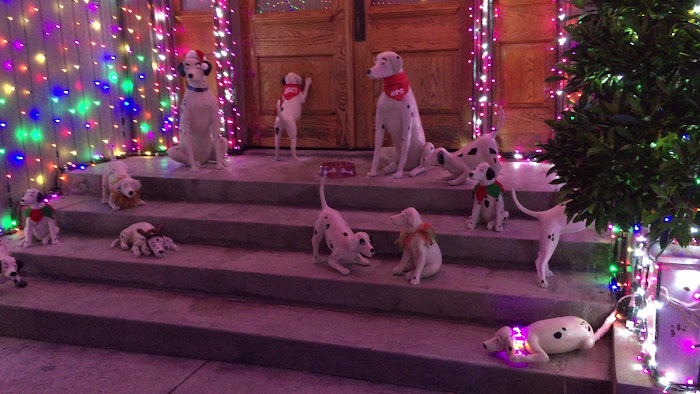 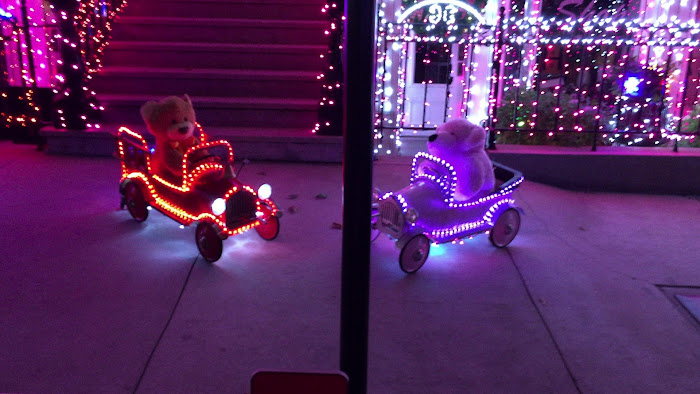 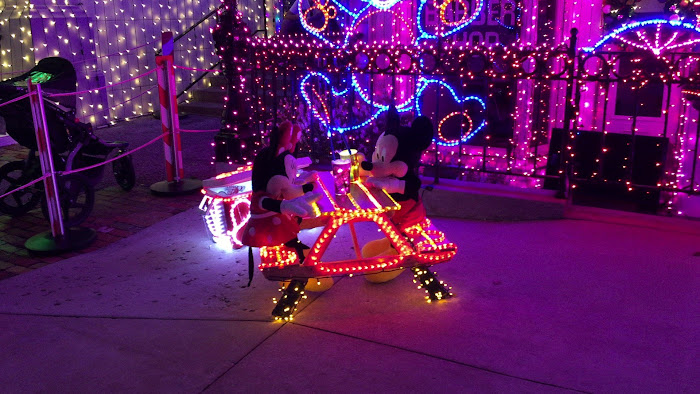 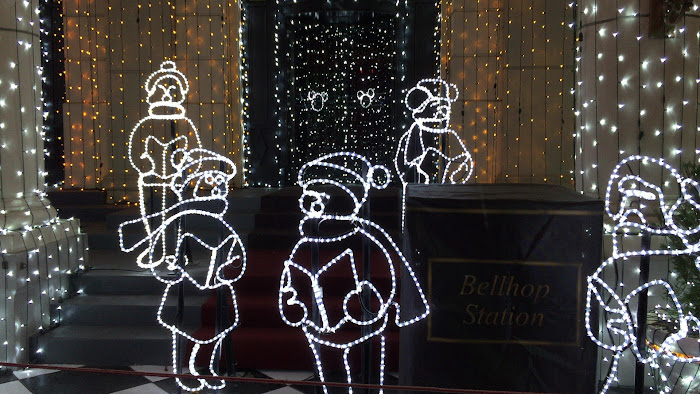 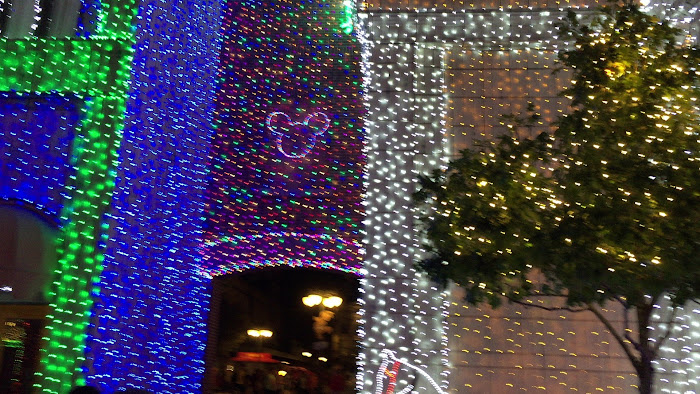 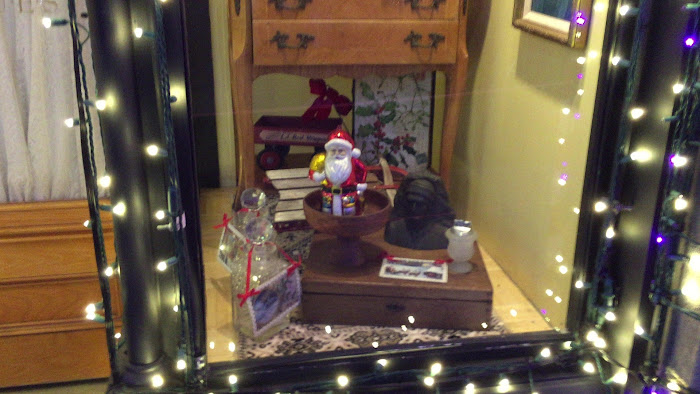 Of course, it isn’t the holdiays without some Christmas cheer! Here are the specialty adult beverage offerings at this year’s festivities. 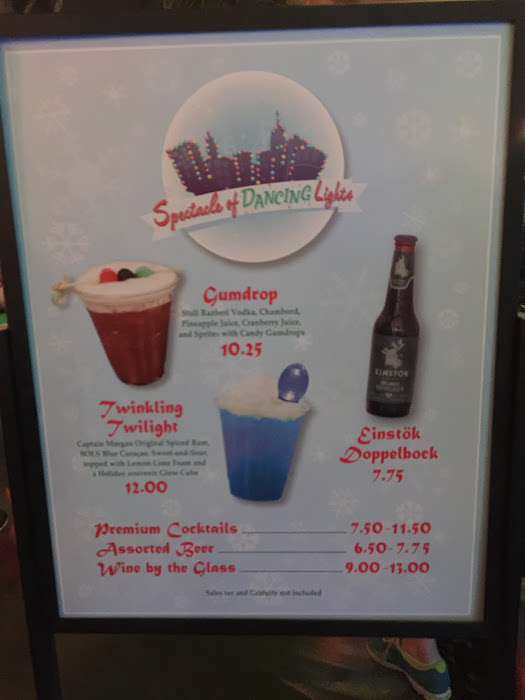 Finally, for those of you who are despondent over the Osborne Family Spectacle being extinguished after this season, take solace. I receently sailed on the Disney Magic with lighting designer Bryant Woelk, who programmed the Dancing Lights (along many other WDW shows). While he couldn’t divulge details, during his Q&A presentation he did reassure us that “there will still be Christmas” and hinted that the holiday lights — perhaps in a different location, and/or under a different name — would return again in some form. 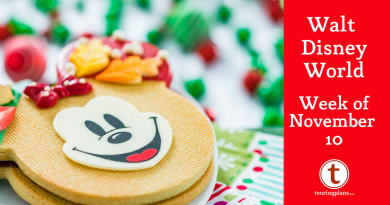 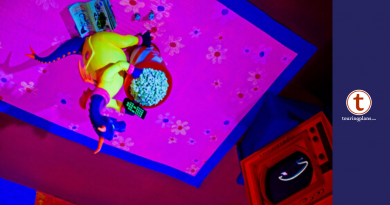 Disney Characters You May Not Know: Figment