Between the end of Halloween Horror Nights 25, and the recent permanent closures of Disaster and Twister, Universal Orlando has said farewell to a long list of attractions in the past few weeks. But when one door closes, another opens — or in this case, four new Universal Studios Florida street shows have opened.

To be accurate, some of these shows aren’t exactly brand new; one has played seasonally at USF for years, and others have been in previews for a month or more. But Universal finally added them as official attractions on the most recent park maps, so we are bringing you a look at these entertainment additions with full videos of each new production. None are worth making a special trip to the park for, and their combined attendance won’t approach the capacity of the major rides recently closed, but all four shows are worthy of 15 minutes out of your day if you are in the area when one begins.

If you liked the Pitch Perfect films, you’ll probably enjoy Sing It, which pits dueling vocalists against each other in an a cappella showdown. There are 3 different song lists that rotate each performance, all featuring both today’s Top 40 and favorites from the 1980s and ’90s. The “competition” aspect is a bit hokey, but the singers are good. Overall, Sing It isn’t quite as polished as Epcot’s similar American Music Machine, but it has a faster pace and more song variety.

The show takes place just outside Finnegan’s bar across from the Mummy entrance; grab a drink from inside and find a bench next to the popcorn kiosk.

If you think the name of this show is a groaner, don’t read the pun-filled menu covering the Straight Outta Food Truck, which is currently parked on the San Francisco waterfront near Chez Alcatraz. When that truck opens up, the show that rolls out with a puff of smoke is equally unserious, but surprisingly entertaining. Two Beastie Boys-esque rappers and a sample-splicing D.J. improvise freestyle rhymes based on suggestions from the audience. The performers are deft (and def) at spitting off-the-cuff lyrics that are fully family-friendly, yet subtly stuffed with un-Disney innuendo.

The best view at Straight Outta Food Truck’s currently location is from a Chez Alcatraz picnic table, preferably with a drink or snack. Starting on November 17, the show will relocate to New York’s 57th Street outside Twister.

You’ve got to hand it to Universal’s construction crews: not only can they build attractions in record time, they also make the time to perform percussive concerts for guests. Beat Builders features four helmet-wearing construction workers who clamber — and hammer — on a multi-story scaffolding set up outside of Louie’s Restaurant on the border between San Francisco and New York. The crew bangs STOMP-style on a variety of jury-rigged instruments, and even get an audience member in on the act. The show starts strong but peaks before the Michael Jackson finale.

If you want to join in the show, stand up front near the barricades; otherwise find a shady spot farther back so you don’t have to crane your neck upwards. Be warned, this show can get very loud!

Street Breakz has been performing their breakdancing moves seasonally at USF for many years, usually in the Kidzone or New York areas. The dance crew is back again, this time in front of Disaster’s former entrance. The show consists mostly of freestyle (improvised) solo dancing, with moments of group choreography and some impressive acrobatic stunts.

Crowds tend to block the view of the ground-level acrobatics, so try to seat the kids up front just behind the safety cone. Dance-phobic guests should avoid volunteering to demonstrate “the wave,” lest you be dragged onstage and embarrassed in public.

As an added bonus, here’s an updated look at the Celestina Warbeck and the Banshees show. Celestina has been around since Diagon Alley opened in 2014, but they’ve recently trained in some new cast members, including Desiree Perez, who is featured in the title role in this video.

Perez is an accomplished theater performer, and has starred locally in Into the Woods, In the Heights, and Lady Day at Emerson’s Bar & Grill. She made her debut as Warbeck last month, and has quickly become my favorite replacement star since the opening cast. 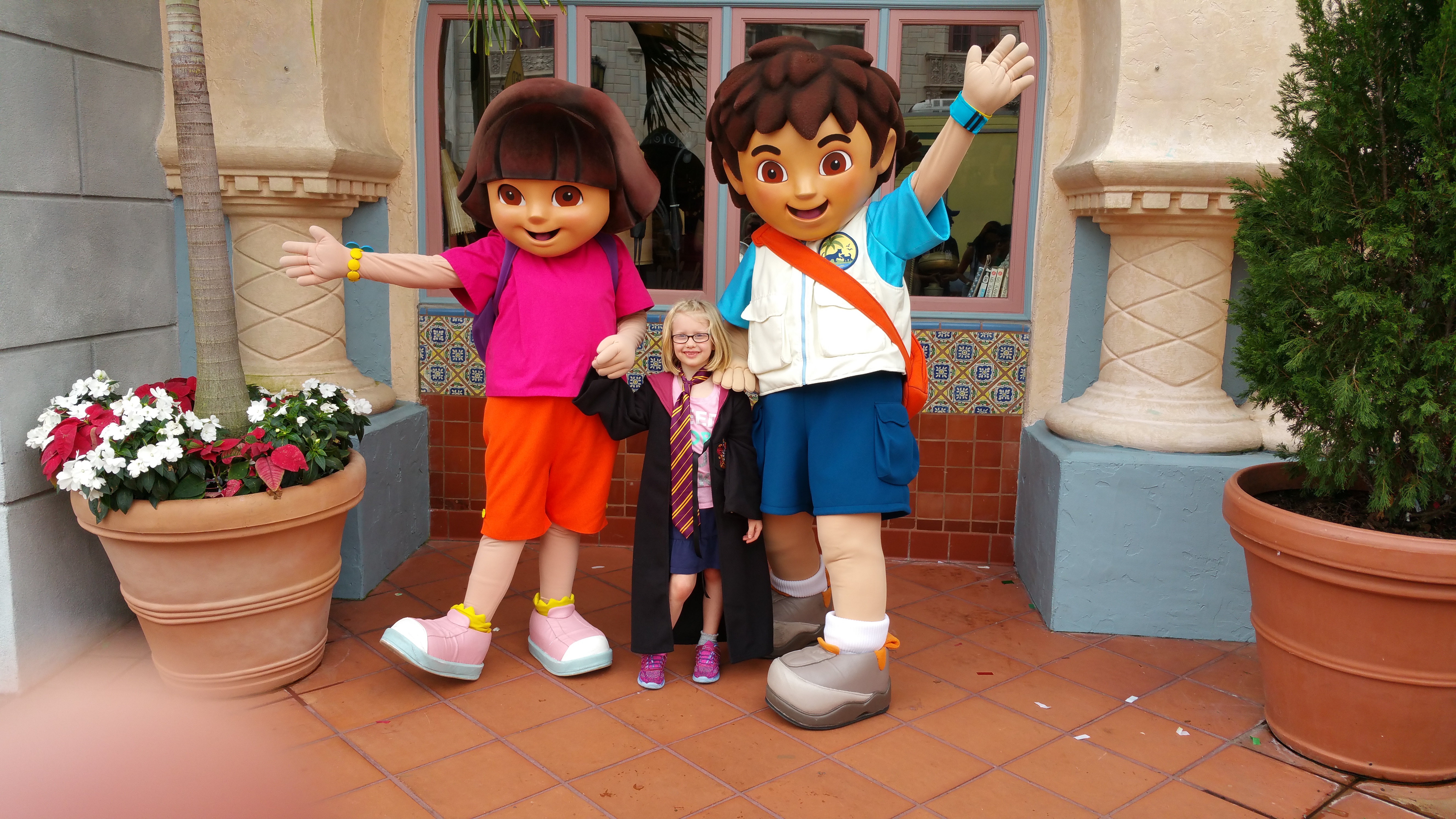 The Basics: Planning A Trip to Universal Orlando for Disney Veterans