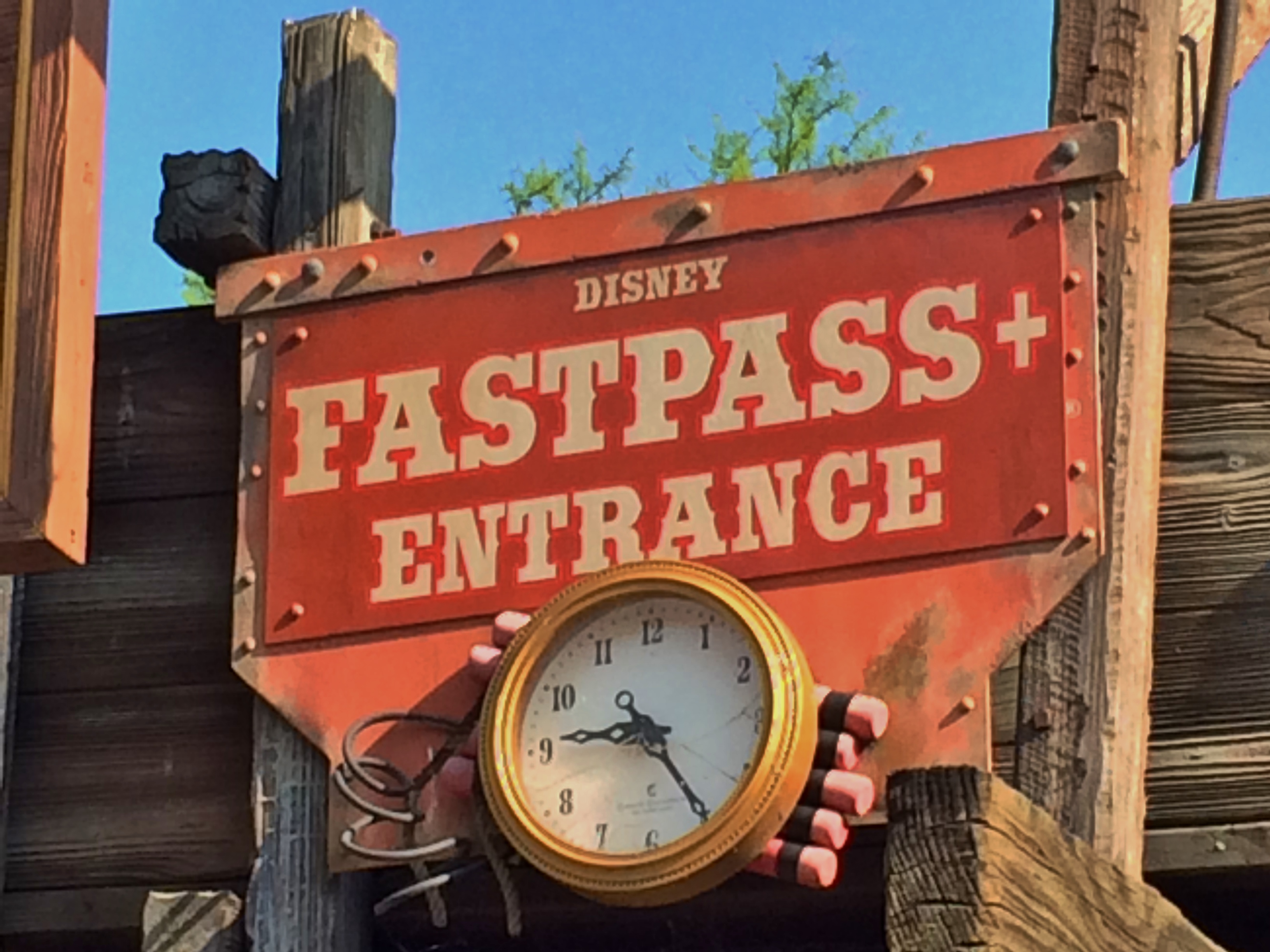 Remember a couple of months ago when we released a three part series on Disney’s FastPass+ service at Walt Disney World — how to use it, the best strategy for getting the most out of it, and then hacks and tips to make it even better? Well, Disney had to go and enhance the service, rendering some of our advice outdated. Well, consider it outdated no more. Read on to find out how these changes impact the process of making your picks, and the strategy to using the FastPass+ system!

Right off the bat, let me assuage any concerns that you may have that everything you thought you knew is wrong — there haven’t been that many changes, most things still work largely as they did or the change is intuitive enough that you’ll figure it out just fine. If you knew how to make a FastPass+ reservation before, you’re still going to know how to do that. Step back from the ledge.

With that said, there have been a couple of fairly significant changes to what the system will allow you to do, and this additional flexibility has the potential to alter your strategy significantly.  Len discussed the changes at length on the April 20, 2016 edition of the WDW Today podcast and Rikki had a great post outlining the changes, so you might want to check those out before going forward if you haven’t already. I’ll wait.

OK, ready? That was quick.  Anyway, here’s a deeper dive into each of these changes, and how it might impact your scheduling and strategy:

It used to be that when you made your FastPass+ reservations, Disney would provide you with 4 options including your picks at various times. If those times were not acceptable to you, you would take the option closest to what you wanted and then manually go in and tweak the FastPass+ reservations to your liking. Now, you are presented with a listing of available times for each selection before you make your pick and can select times that best match your schedule at the outset.

Since FastPass+ launched, the system would require you to make 3 picks, and then you had to use (or manually cancel) all 3 of those picks before it would permit you to get more. Now, you are free to select one, two, or three initial picks — Disney no longer compels you to make FastPass+ reservations you might not need or want.

Again, this is another thing that provides you with more control and flexibility in scheduling your day. Those extra, unwanted FastPasses inhibit your ability to get more FastPasses for things that you’ve already ridden, that are in other tiers, or that are in other parks.

Make Rolling FastPass+ Reservations on Your Phone For Any Park

The ability to make the reservation from your phone is a nice iterative change that is more about convenience than anything else. Frankly, with the My Disney Experience app obviously capable of making and changing selections, it struck me as odd that Disney would force you to go to a kiosk to make more. If those kiosks were located in a gift shop, sure, I would get why Disney forced you to do it then, but as it stood, it just seemed like an unnecessary step. Now that this change has been implemented, it might save you some steps and time waiting in line for a kiosk, but it isn’t going to represent a huge change in how you do things.

The ability to make FastPass+ reservations in other parks, however, is a massive change that can have a huge impact upon your strategy, as discussed in more detail below.

How These Changes Impact Touring Strategy

Individually, most of these changes represent incremental enhancements in convenience and flexibility, but the collective impact is that you have more options in terms of planning out your day, particularly if you’re park hopping. I can hear you all right now asking, “OK, sounds great, but what’s the catch?” Frankly, while it’s still early and it will take some time before we really get to see what sort of consequences this has, I think it’s fair to say that on the whole, these changes are a clear net positive for the educated Walt Disney World traveler (read: you). The primary potential downside that can be anticipated, however, is that day-of FastPasses, particularly for headliner attractions, are likely to be gone sooner than before.

Ever hear yourself say, “Well, I had to pick three FastPasses so I grabbed a FastPass for Festival of the Lion King, I guess I’ll go ahead and use it?” By forcing people to take potentially unnecessarily FastPass+ reservations that they then went ahead and used because, you know, it’s something to do with no wait, the old system spread out and more evenly distributed crowds. Moreover, up until recently, the only people that could make day-of FastPass reservations were people that were already in the park. Now, you’re not only competing with the people in your park for add-on FastPasses, you’re also competing with people coming from other parks that can now make reservations from anywhere. Given these changes, it’s pretty easy to imagine that the high demand attractions will be gone earlier than they have been in the past. Here’s a post that Scott did last year with an attraction lineup very similar to that which currently exists showing when you can expect FastPasses to be gone for the various attractions; you can likely expect the times, at least for the headliners, to get earlier.

Sooooo, what does this all mean in terms of your plan for the day? You may recall that I outlined the two basic schools of thought with respect to FastPass+ strategy, which I referred to as the Rope Drop Churn and the Afternoon Hopper. The strategy behind the Rope Drop Churn remains largely unchanged, although I can see an incentive to start your FastPasses even a bit earlier, for the reasons noted above. Moreover, the Afternoon Hopper still remains the best option for those of you that are looking to do a true split day, where you spend the morning in one park, and the latter part of your day in another, particularly if that second park is the Magic Kingdom where there are a large number of attractions that benefit from FastPass.

Not everyone falls neatly into these two categories, however, and these new rules open up some options to you. Also, it gives me the opportunity to give fun names to some touring strategies, so there’s that. Here goes:

Let’s say you’re an experienced traveler who would like to pay a quick visit to Animal Kingdom purely to hit the two headliners (Kilimanjaro Safari and Expedition Everest) before heading to Magic Kingdom to spend the bulk of your day. If you wanted to use FastPass+, you’d probably be using a FastPass for those two and one other random attraction at 9, 10 and 11, such that the earliest you could make another reservation would be shortly after 11 if you were still in the park and used your third FastPass, or noon (when it expired) if you had already left.

Note: it bears mention that this is probably a better fit for someone wanting to do TWO attractions at the first park rather than a single attraction. If there is only one attraction at the morning park before moving on, or only one that really benefits from FastPass, you’re better off being there when the park opens, doing that attraction immediately, and then taking advantage of three advance FastPass+ reservations at the later park, as you would for the Afternoon Hopper.

This could also come in handy for those that like to ride their favorite attractions multiple times. If your goal for the day is to ride Tower of Terror as many times as possible to the exclusion of everything else, you can get one early, use it, and then immediately get another. With respect to day-of FastPass+ reservations, the earlier in the day you make your reservation, the better the selection and the earlier the time is going to be, so the ability to do this at 9:30 rather than 11:30 gives you a real advantage.

The “Rest in Peace”

We’re big advocates of taking a break in the middle of the day, especially when we’re park hopping, but the downside of it is that by the time you get back in the park, the headliner attractions have probably distributed all of their FastPasses for the day and unless you saved your three daily FastPasses for the evening, you have a lot of standby rides in your future.  No more — now, rather than stressing about evening wait times, you can make another reservation to coincide with your return to the parks, and it makes no difference which park you’re in or if you remain in a park at all. If you know you’re coming back (or even think you might come back), go ahead and make that additional reservation as soon as you have the opportunity to maximize your selection.

No matter which strategy you’re employing, it’s important to keep in mind that a FastPass is considered “used” once you’ve passed the Mickey-head touchpoints (the second one if you’re in a line with more than one) — you don’t have to wait until you’ve actually experienced the attraction.  Accordingly, as soon as you’re past that point, go ahead and hop onto the My Disney Experience app and start making your next selection in the brief (and occasionally not so brief) period of time before you board.  Particularly for attractions with preshows, there can be a fairly significant chunk of time between the time you pass that last touchpoint and the time you actually get off the attraction — Soarin’ and Test Track both spring immediately to mind — and that extra 20 minutes can have a big impact upon your return time for other FastPass+ reservations.

Finally, it’s worth underscoring that taking advantage of all of these hybrid strategies still envisions you showing up at the parks at or near park opening. No matter how you spin it, the later in the day you try to make a day-of FastPass+ reservation, the less availability there is going to be, and the later your reservation is going to be. If you’re going to be showing up later, your best strategy is likely going to be to go the traditional route of scheduling your three reservations to coincide with your arrival time and then getting more as they become available.

[Note: this article has been edited to remove a discussion of using these changes as a way to work around tiering, as reflected in the comments.]

As always, we love to hear about your experiences.  Anyone out there use these or any other strategies that take advantage of these new rules?  Got any better names than the ones I came up with?  Let us know in the comments! 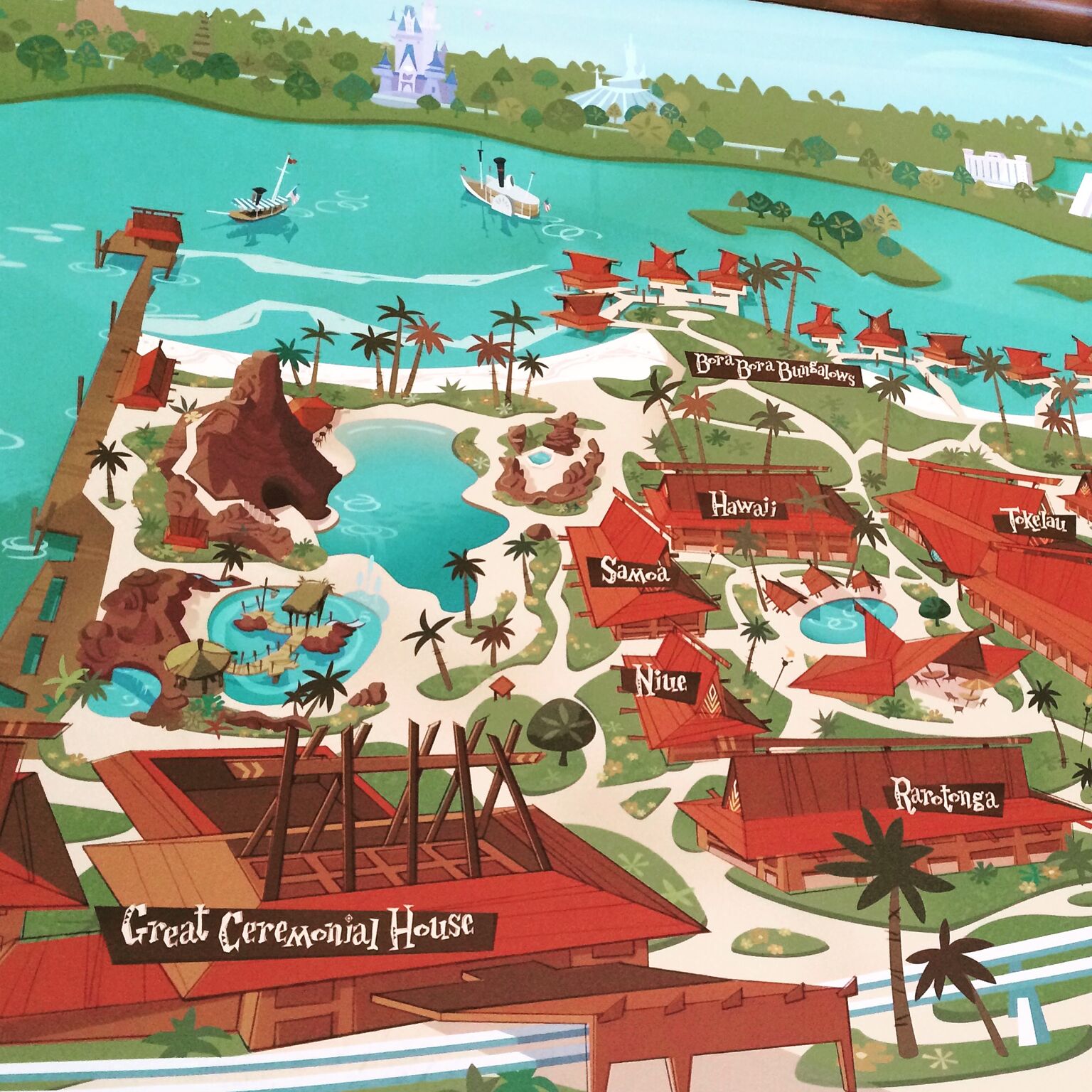 Five Disney World Resorts to See During Your Vacation