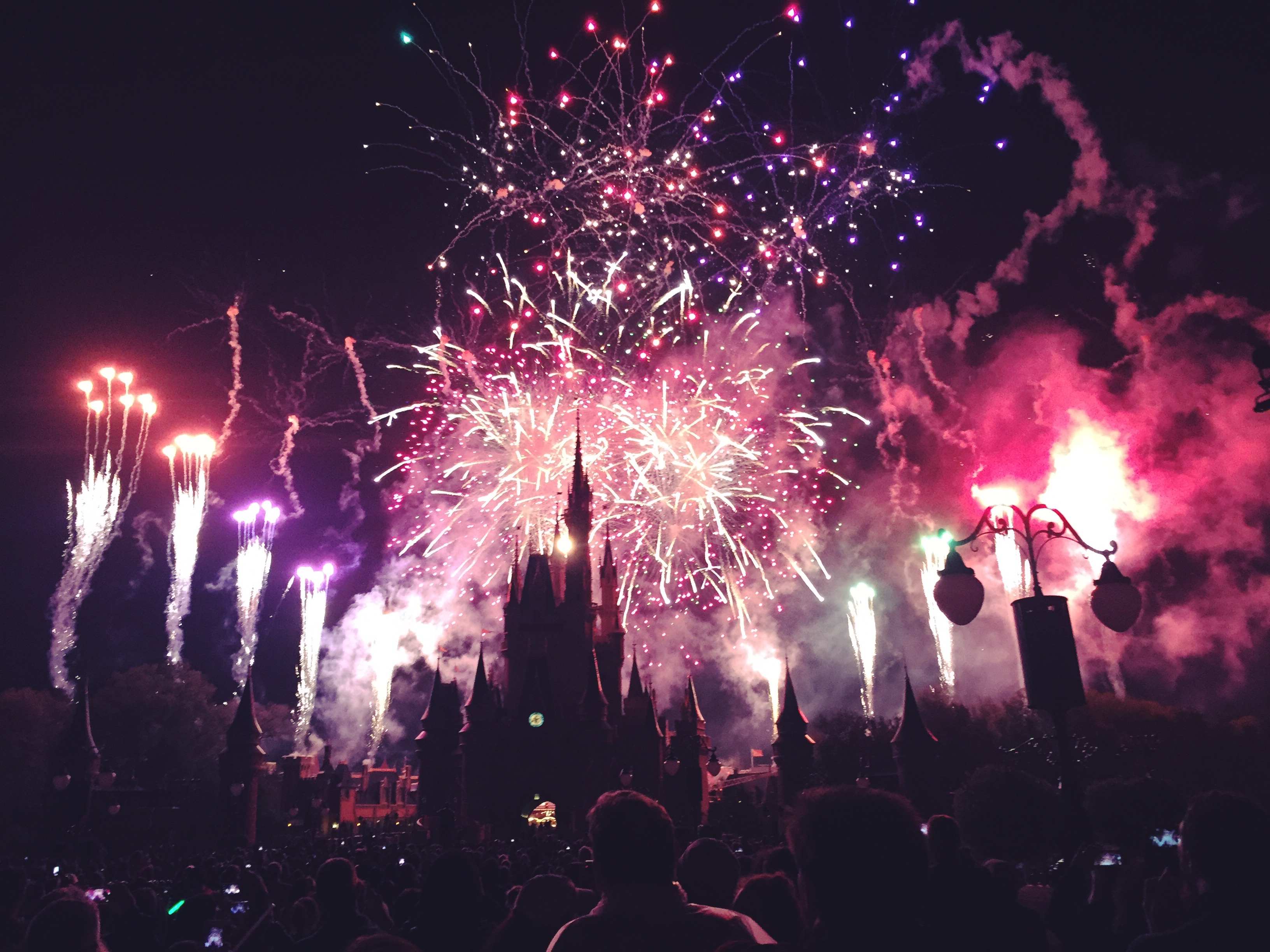 If I learned anything during my six months as a Professional Intern at Walt Disney World, it was how to spend a night at the parks. It became a near-nightly ritual to run home from work at 5:00 PM, grab a quick sandwich, and be in Magic Kingdom’s bag check line by 5:45 PM. From then, the night was mine–from my favorite nighttime attractions to post-Wishes Mickey Bars and everything in between. So whether you’re a local passholder looking for a magical hiatus from your weekday routine or a park hopper trying to catch Wishes, here’s the guide to your ultimate evening at Magic Kingdom! Fire up your My Disney Experience app and grab those FastPass+ Selections at the beginning of the day, if not earlier! Try to make your selections for time slots before Wishes; That’s when the park is most crowded. My favorite nighttime trifecta: Big Thunder Mountain Railroad, Space Mountain and Haunted Mansion.

Magic Kingdom’s bag check can get pretty sticky during peak season, especially around 5:00-6:00 PM when many people are trying to get back into the parks after an afternoon break. If you can, ditch the bag and just bring the necessities (credit card, phone, wallet, MagicBand, etc.) so you can stick to the middle lane and cruise by bag check. You’ll only be in the parks for a few hours, so no need to go all out with a full park bag.

And for the main event…

Wishes! My favorite foolproof spot for Wishes viewing is the Plaza Hub Grass. Now that Fast Pass viewing for Wishes is no more, most of the Hub Grass is open and is first come first serve. I would suggest arriving at least 20 minutes before Celebrate the Magic begins, but if you’ve got a smaller group (three or less) you can usually inch your way into the area by the fountain and squeeze in a space on the edge of the sidewalk right up until go-time. It’s a perfect view of Cinderella’s Castle and it feels great to rest your feet after a jam-packed evening. Looking for a way to watch Wishes sans crowds? Head over to the docks across from Pecos Bill and situate yourself along the river. If you play your card right, you’ll have an unobstructed (and unique) view of Wishes and plenty of space to dance along to the music (or is that just me?)

When most people’s nights are wrapping up, yours is just getting started, and now’s your chance to really hit the ground running. If you’re an Annual Passholder that just came to Magic Kingdom for the night, you have the advantage of less park time, which means more energy! Use that extra energy and make a beeline for either Space Mountain or Seven Dwarfs Mine Train. Lines are usually much shorter after Wishes, so now is your time to hit all the attractions that normally keep you waiting.

Before you know it, it’ll be closing time in the Magic Kingdom. Grab a Mickey Bar to celebrate your ultimate night at Magic Kingdom, and maybe even catch Cinderella Castle’s quick kiss goodnight (30 minutes after park close) on your way out.

A former Disney Professional Intern and a forever People Mover fanatic, Jillian knows her way around Walt Disney World. When at Disney, you'll be sure to find her laying on the Hub Grass or being mistaken for Merida. When not at Disney World, you'll find her doing whatever she can to get back (and occasionally blogging over at QuarterLife | jillianmacnulty.wordpress.com) | Twitter: @jemacnulty | Instagram: @jillimac28 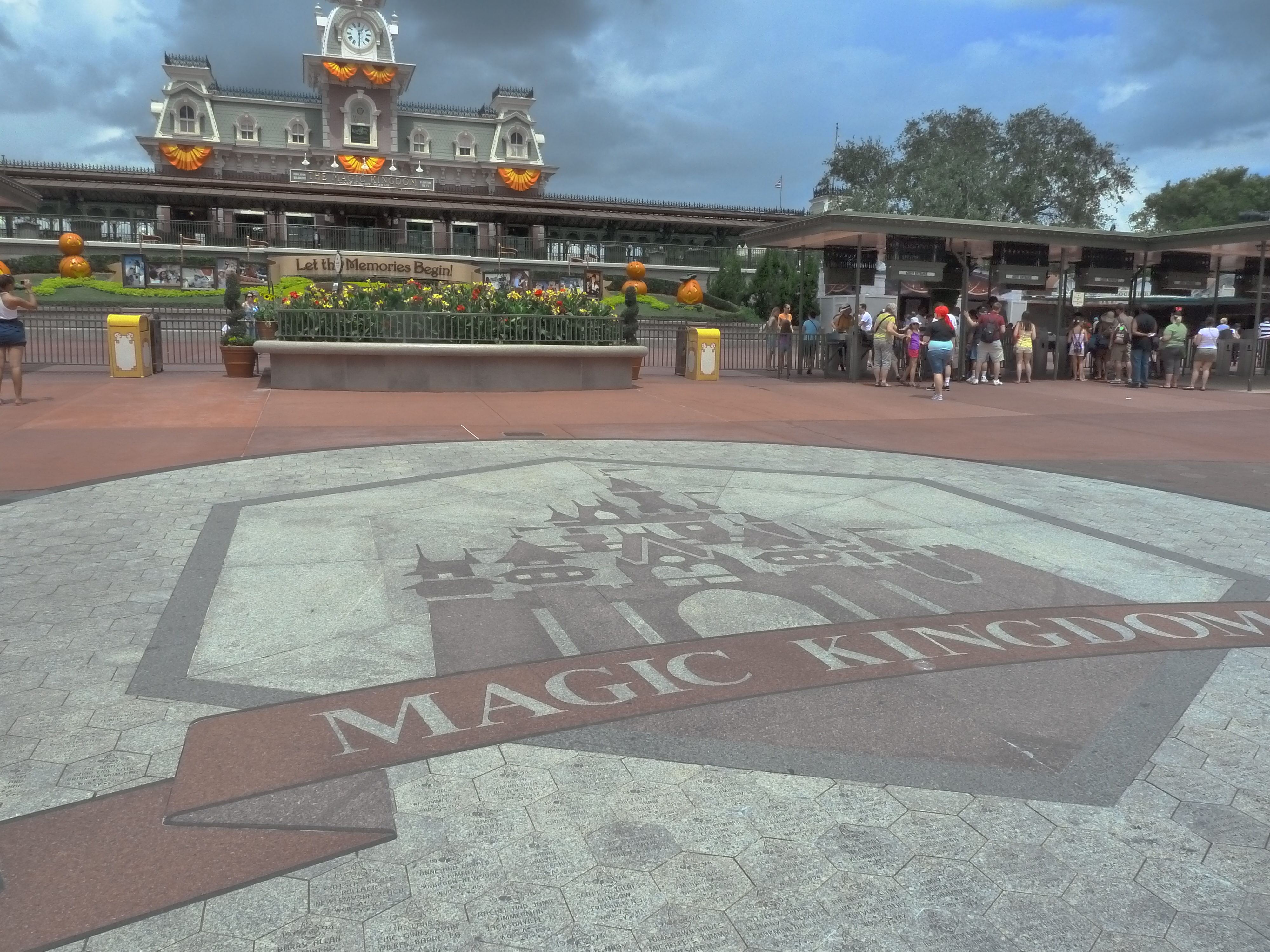 Ring in the New Year at Walt Disney World

11 thoughts on “Ultimate Evening at the Magic Kingdom”