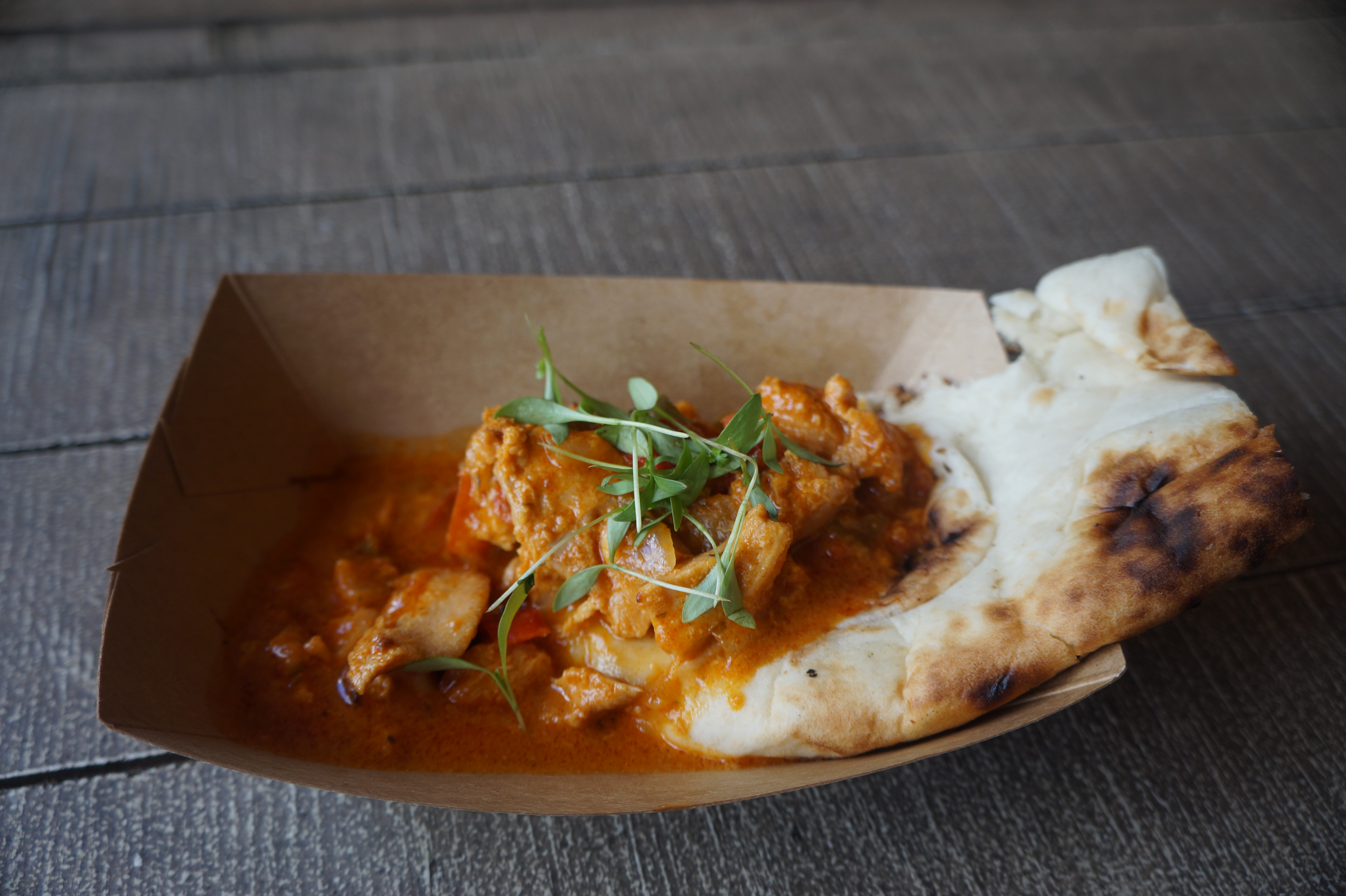 Now in its 21st year, Epcot’s International Food and Wine Festival is one of our favorite events as locals. On the last day of Food and Wine, I actually took plastic containers and a cooler bag to Epcot and took a dozen favorite foods “to go” for dinner the next day, because I knew there were many foods I would be missing for at least a year. Even with the recipes for many of these foods, somehow they just taste better from Epcot. Maybe it’s a bit of Disney magic and a pinch of pixie dust. (The same thing happens with popcorn at Disney, too.)

Here’s ten foods that are scheduled to come back to Food and Wine that I’ll be near the front of the line to try once again. (In no particular order.) There’s something about comfort food in the fall. The Indian-inspired buttered chicken has a great flavor and just a bit of spicy heat. Even though I plan to get this early in the festival, I know I’ll be back to sample it again when the weather gets cooler. Any of the foods at the Brazil booth are worth sampling, but the reason this one stands out is because it is filling enough for a small meal. Think a flavor like Shepherd’s Pie, savory and delicious, with yucca being similar in taste and texture to mashed potatoes. For many people, being able to grab a bowl of Le Cellier’s Cheddar Cheese Soup without having to snag an ADR is a fantastic benefit of Food and Wine. This year, rumor has it that this fan favorite will be served with a pretzel roll, making a great dish even better. Last year, this food debuted at the Chew Lab booth. Even though the Chew Lab booth is not returning this year, this intriguing item needed to make a return and appears at the new Chocolate Studio. Anything made with liquid nitrogen gets extra points in my book, and the rich chocolate mousse with the warm whiskey caramel makes this a decadent dessert worth trying (more than once). It is possible to go horribly wrong with mac’n’cheese, and when I first saw the description, I knew my daughter would think this dish was an utter failure. But if you are the kind of person who can handle some “mix-ins” and a little bit of spice with your mac’n’cheese, this is worth a try.

If I want a quick lunch on a go, this is one of my favorite options. The flavors blend together to make each bite as satisfying as the last. The bread it is served on is slightly sweet and tasty in its own right. (I may or may not have tracked down the bakery that I believe made the bread for Disney and bought a bag of the rolls to put in my freezer last year…) I tend not to automatically believe the hype of one brand being better than another, but this is one case where brand does matter. Verlasso salmon has a flavor that I find far superior to many other salmon served in local restaurants. The quinoa salad served with it makes a nice addition, but the salmon really is the star of this dish. I tried the food at the Patagonia booth late in the festival last year, and that’s probably a good thing for any diet plans I might have had. In addition to the salmon, the beef skewer was simply delicious–perfectly cooked and with a chimichurri sauce that added some extra zip to the dish.

So that’s my ten returning foods that I’m craving. Got any others on your list that you can’t wait to try again, or are any of the items on this list one of your favorites as well? Feel free to mention your favorite foods in the comments.

11 thoughts on “Ten Best Returning Items at Food and Wine”