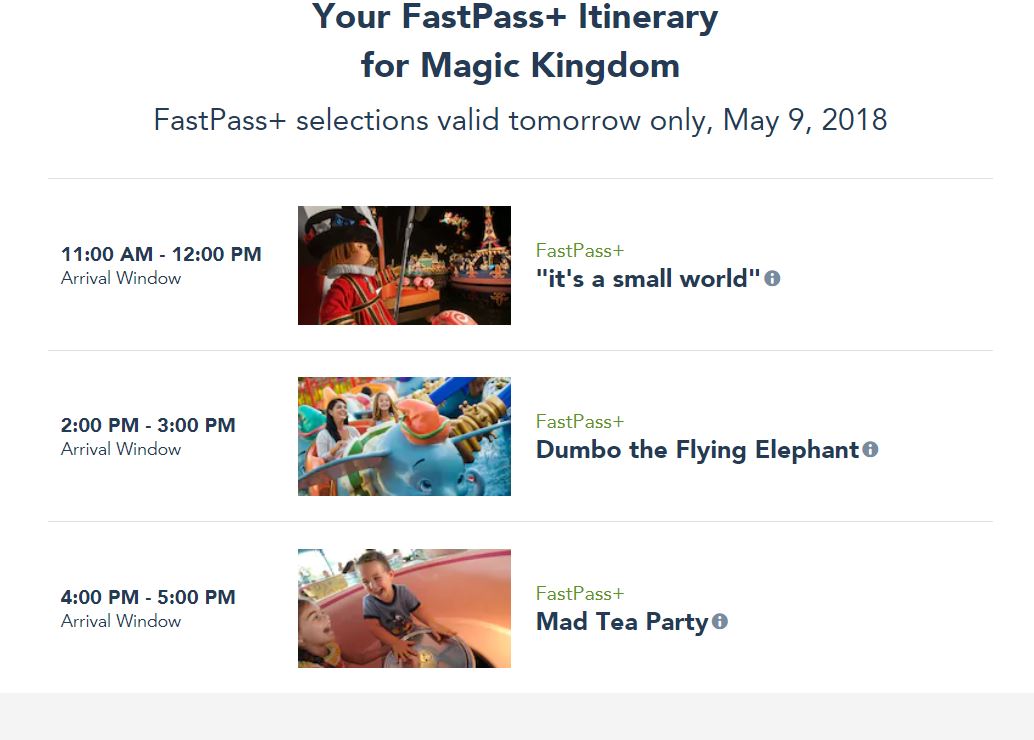 Do you happen to have a last minute trip to Walt Disney World in the works? Like, so last minute, your trip is tomorrow and you don’t have tickets yet OR FastPass+ reservations. Well, now, Disney is offering a ticket that can help with that dilemma!

With the new 1-Day, 1-Park Ticket with 3 Linked FastPass+ reservations, you can automatically skip the standby lines to some of the park’s most popular attractions because 3 FastPass+ experiences will already be included and linked with your park admission.

So, what are the categories you can choose from at the four theme parks? They include:

Obviously, this 1-Day, 1-Park Ticket with 3 Linked FastPass+ option isn’t for everyone, however I can certainly see this ticket being beneficial to that family that just shows up to the parks with no idea what they’re doing. For those of us in the know though, this ticket option certainly isn’t that appealing, given that most of these options tend to have day of availability, most of the time. (I know I personally use some of these attractions for my rolling FastPass+ options and there typically tends to be plenty of availability.) With all that said though, if you’re going to a Walt Disney World theme park tomorrow, this is an option that could work for you.