A few months back, it was announced that the Disneyland Resort would be introducing a brand new luxury hotel. It was announced that a brand new Four Diamond hotel will be opening up in 2021 and that this new hotel would transform the west end of the Downtown Disney District, anchoring a new gateway to the Disneyland Resort. Plans had even gotten so far along that many locations had officially closed, like the AMC, the Starbucks, Rainforest Cafe, and the Earl of Sandwich, to make way for this new development.

Well, it appears that all that is now on hold.  Here’s some of the backstory. The Anaheim City Council and the Walt Disney Company currently have a sort of feud going on. The dispute centers on the $267-million tax break that the Anaheim City Council approved back in 2016 for the 700-room high-end hotel. However, Disney had to change the location of where the hotel was supposed to be built from 1401 Disneyland Drive to 1601 Disneyland Drive.

The problem? The tax break was approved for the first location and now the city says the subsidy they were planning on offering only applies only to the project as it was proposed, at the previous address. In addition, Anaheim had also recently pulled back this tax break and said that anyone who hadn’t started work on the projects that would benefit from this tax break would not now be able to use it. At the original location, the luxury hotel would have been grandfathered in, however, it seems that the council is claiming that the fact that Disney changed the location would then make it not eligible for the tax breaks.

Disney claims that the project may not be financially viable without the tax break and has therefore seemingly putting it on an indefinite hold.

For more details about the ins and outs of the indefinite hold, as well as to understand more about the feud that’s occurring between The Walt Disney Company and the Anaheim City Council, make sure to read this article from the LA Times. It’s certainly an interesting read. 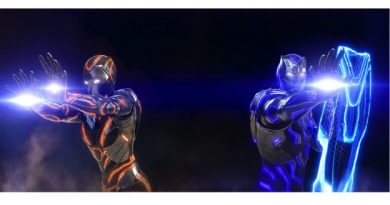 Avengers: Damage Control Coming to The VOID at the Disneyland Resort