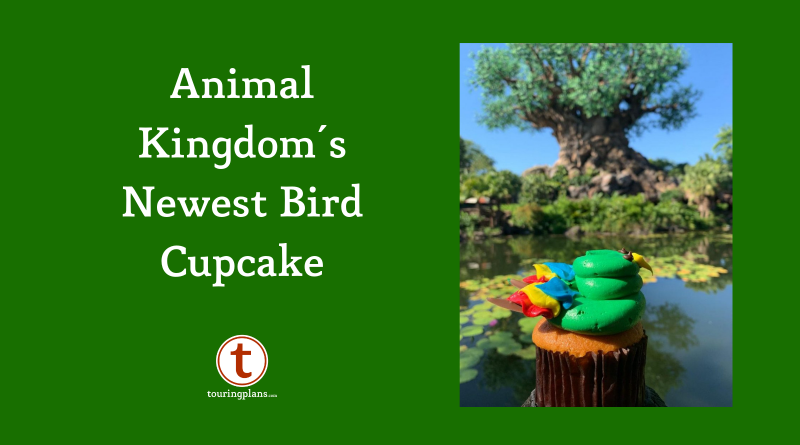 We tried the new Bird Cupcake at Creature Comforts (aka the Animal Kingdom Starbucks) and, boy, do we have news for you! 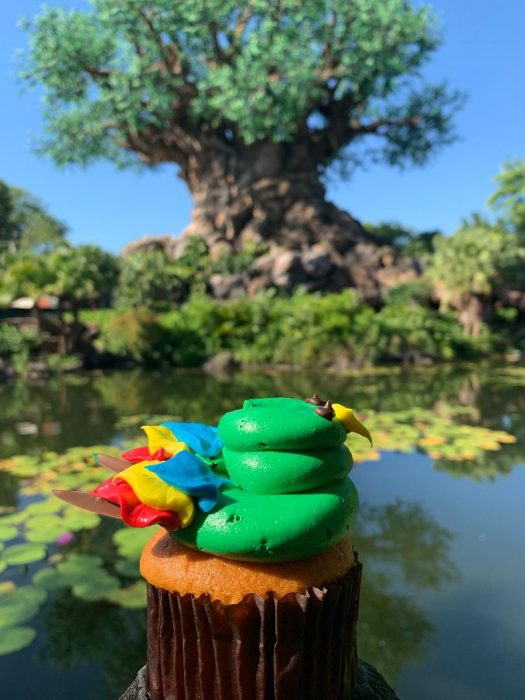 First, this was just one of the many adorable birds we encountered in the Animal Kingdom. Seriously, did you see our IG video of that precious Taveta Golden Weaver bobbing in and out making a nest? If you’re not following us on Instagram, you’re missing a lot.

Back to birds of the sugar variety….

Our team regularly has intense discussions about food at Walt Disney World. Much of that talk time is spent talking about cupcakes and figuring out how to talk about cupcakes. After one particularly in-depth chat, we decided to take a “tern” (obligatory bird pun, FTW) in our cupcake coverage.

Thus, because this is TouringPlans and not Pretty Cupcake Picture Page (dibs on the name) we have to know how a Disney cupcake tastes AND how much icing and cake we’re getting.

We started with measuring the physical dimensions of the cupcake (more than one of us regularly carries around a small ruler or tape measure for such tasks). The icing plumage is about two inches tall, similar to the Carousel Cupcake we recently covered.

But now, drum roll please, we’ve begun carrying a food scale with us all day every day. That’s right! This is why you click here, folks! 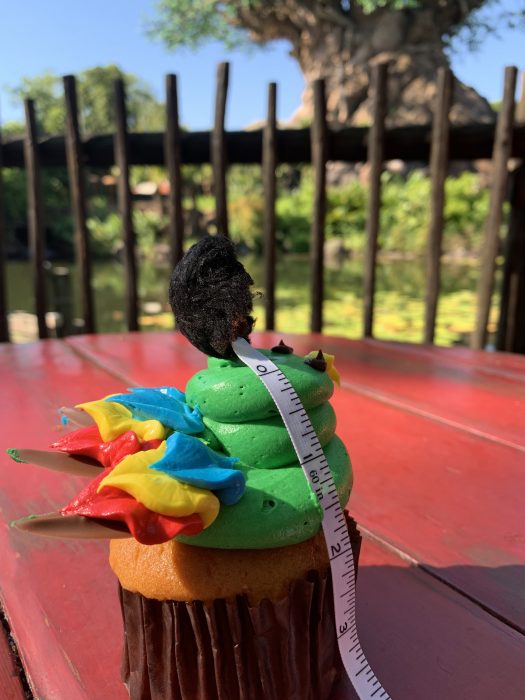 We learned that this bright confection owes more than half its weight to icing and chocolate feathers. The entire cupcake comes at 6.1 oz; the icing and feathers weigh 3.1 oz. And yes, we did balance the scale to 0 before weigh-in and we subtracted the weight of the plate (0.6 oz). 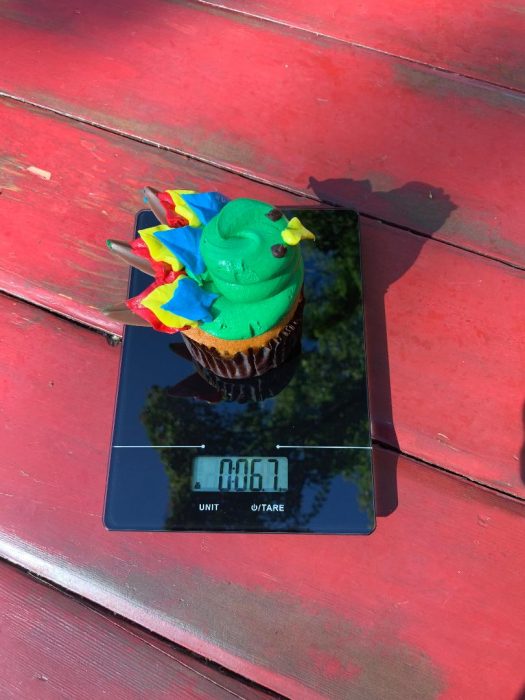 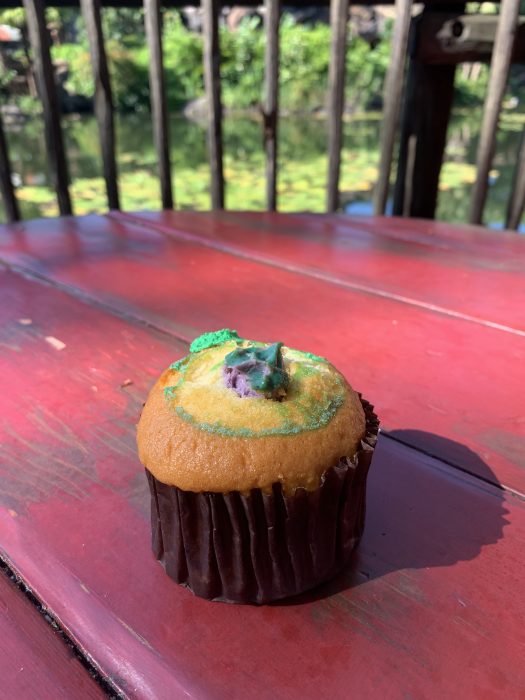 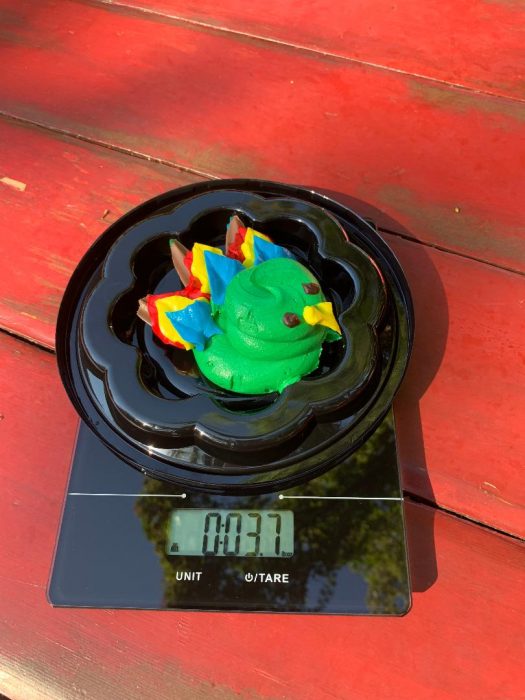 Now that you know you’ll be consuming almost half a cup of icing with just this one dessert, let’s talk about the taste. 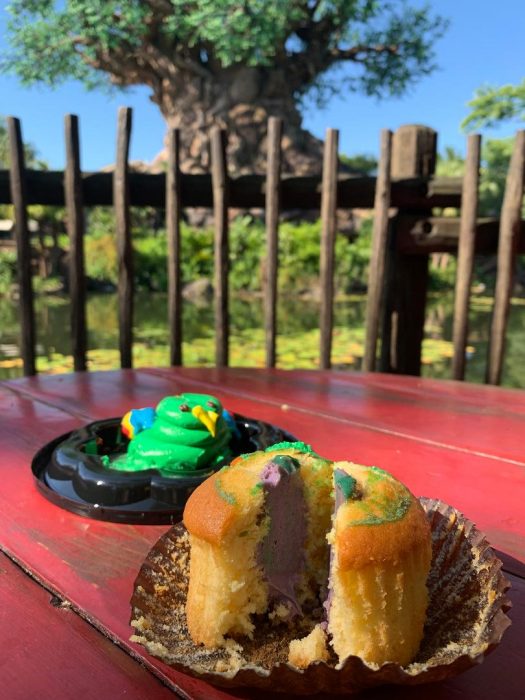 This cupcake is exactly what you’ve come to expect from most* Disney specialty or themed cupcakes. This $5.99 treat was theoretically lemon cake filled with blueberry cheesecake cream, but mostly it tasted like lots of sugar; the flavors were muted. But the bright colors make it visually delightful. And the fact that it’s sold steps away from an iconic picture spot makes it an enticing buy. If that Animal Kingdom heat is getting to you and you need a venti cold brew and a sugar bomb to power through to your Avatar FastPass in 6 hours, this is just the ticket!

*Sorcerers Hat and Kylo Ren cupcakes in the Studios and anything from Amorette’s not included. 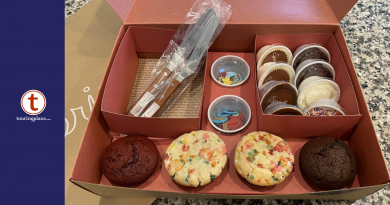 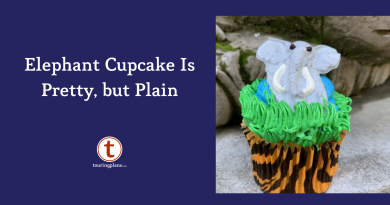 Elephant Cupcake Is Pretty, but Plain 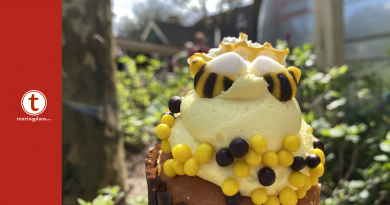 New Bees-Themed Cupcake Is Sweet as Can Be