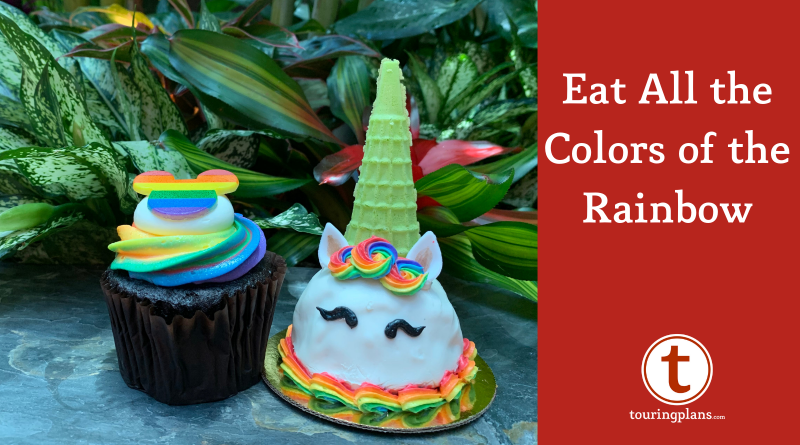 We are all about the rainbow treats that keep popping up at Walt Disney World in celebration of Pride. Since our last post about rainbow-decorated food, we’ve found even more gorgeous rainbow sweets at various locations on property.

Our friend Scott Sander of The Disney Cruise Line Blog shared photos of this absolutely incredible dessert from The Ganachery at Disney Springs.

It’s a hollow chocolate Pride “pinata” shaped like our favorite mouse. In addition to this version, which is adorned with a rainbow bow, there is also a Mickey version with rainbow striped ears. The pinatas cost $25 each and are filled with chocolate covered marshmallows and candy pearls. 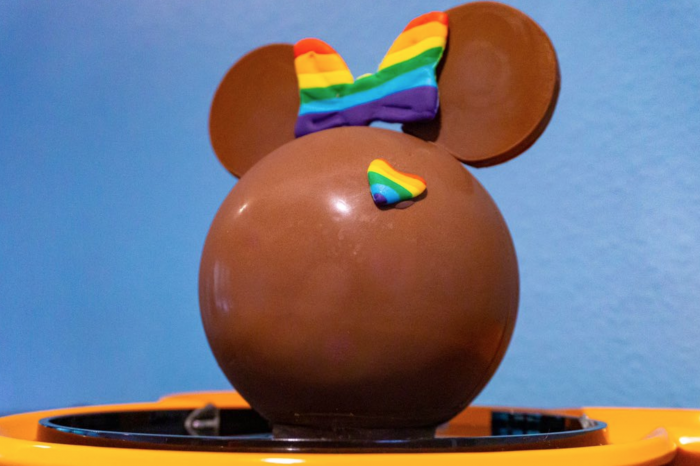 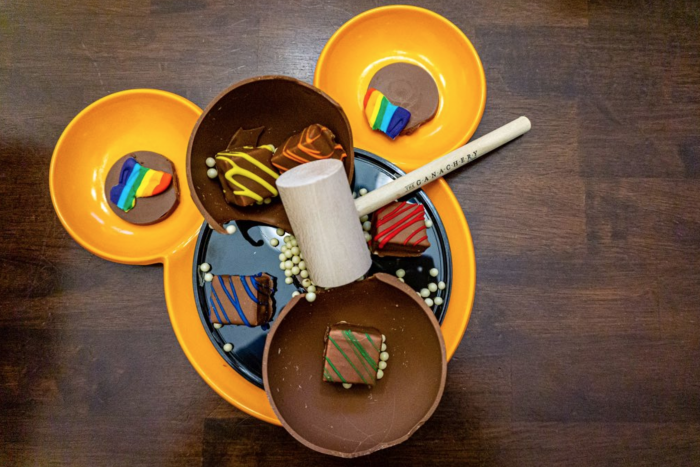 At the Contemporary Resort, you’ll find the Rainbow Cereal Cupcake. It’s a confetti cupcake with lemon filling and buttercream icing, topped with a decorated white chocolate embellishment and Froot Loops. It’s priced at $5.99 or a Disney Dining Plan snack credit. The cupcake itself is basic funfetti filled with canned lemon curd. We gave this one the TouringPlans cupcake weigh-in and found that it clocked in at 6.7 ounces (the plate is .2). The toppings and curd are 4.2 ounces, well over half the cupcake. It’s pretty, but not particularly notable in the taste department. It’s mostly fine, but the Froot Loops took on moisture from the icing and ended up more soggy than crunchy. 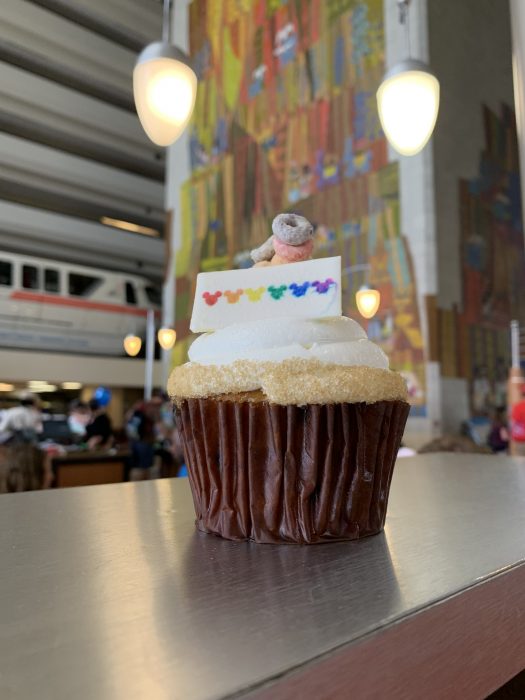 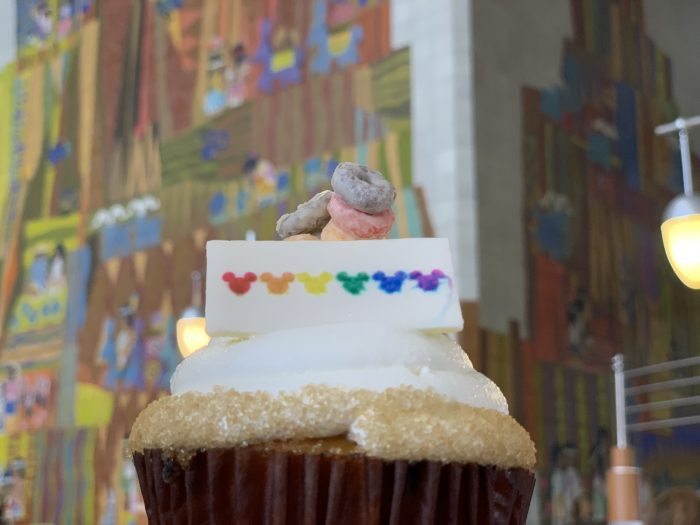 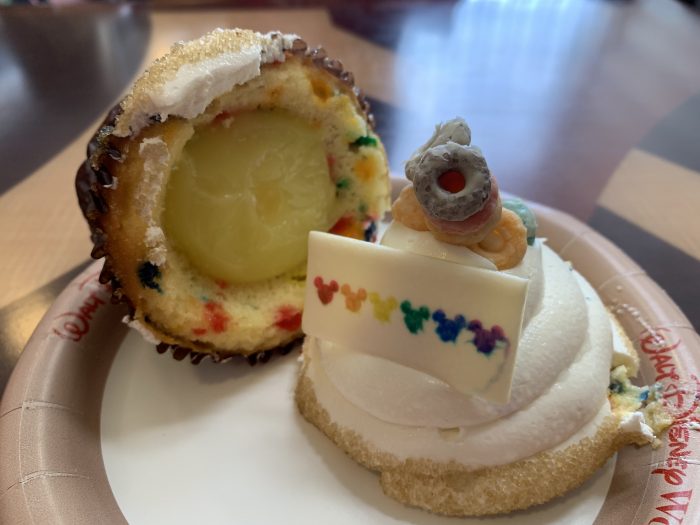 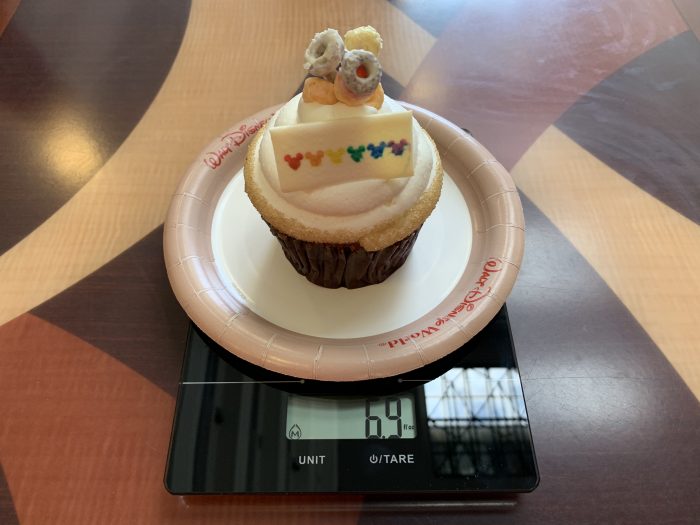 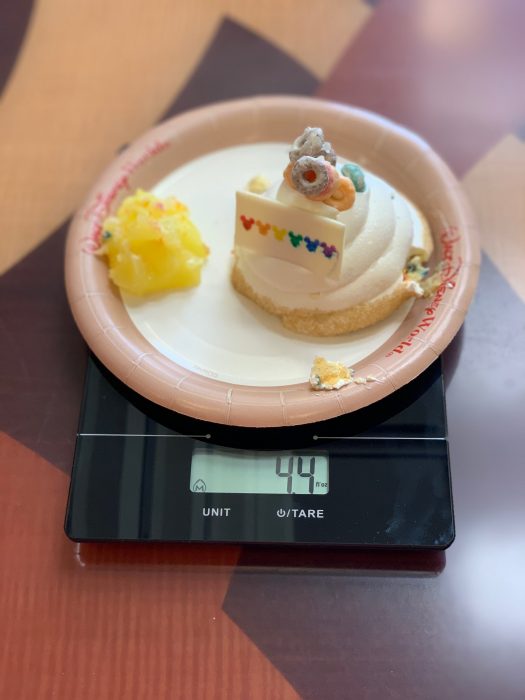 Onto the Polynesian Village resort where we found this variation on the unicorn cake that’s been making its way around the WDW resorts for the past several months. The unicorn cake base is similar to the one above, but without the lemon. This too has the crunchy topping next to moist icing problem. The top of the cone “unicorn horn” is nice and crisp, but the part where it meets the icing is a squishy. The unicorn has a chocolate Pride friend; it’s chocolate cake with butter cream and a white chocolate topper. 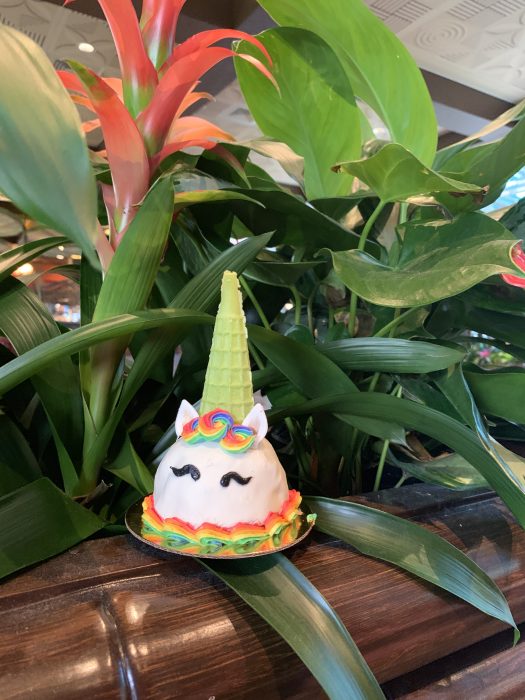 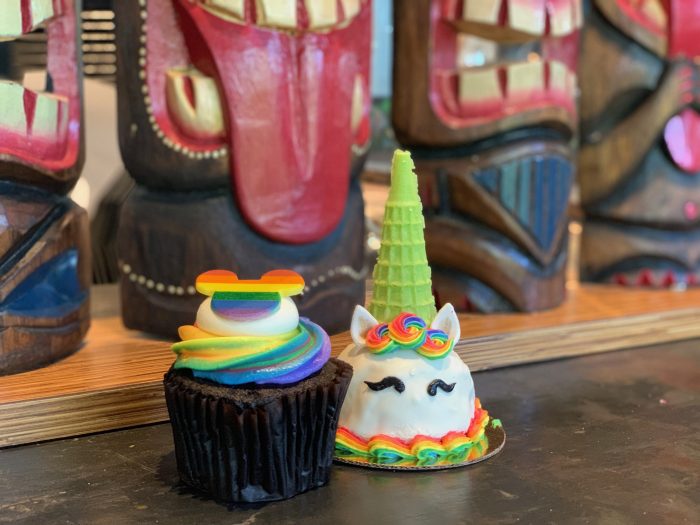 Over at Gasparilla Grill at the Grand Floridian, their version of the unicorn was looking a little worse for wear, with smudged icing on almost every item. But those gold cookie horns are still pretty wow. 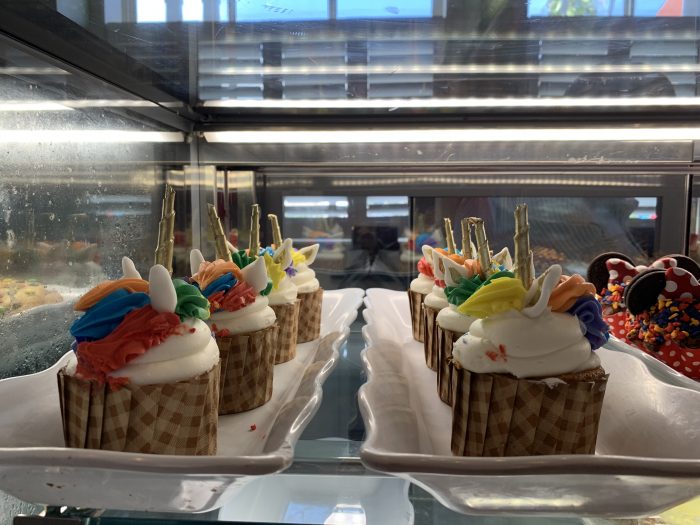 If you’re interested in showing more pride, check out our posts on the Pride merchandise available in the parks and online and on the Pride-related PhotoPass opportunities happening this month in the Magic Kingdom. 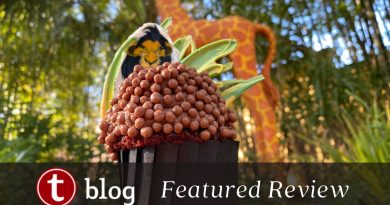 Want This Cupcake? Be Prepared! 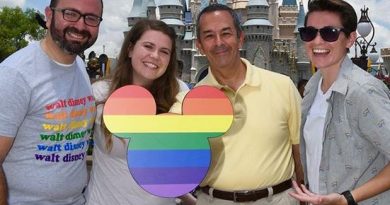