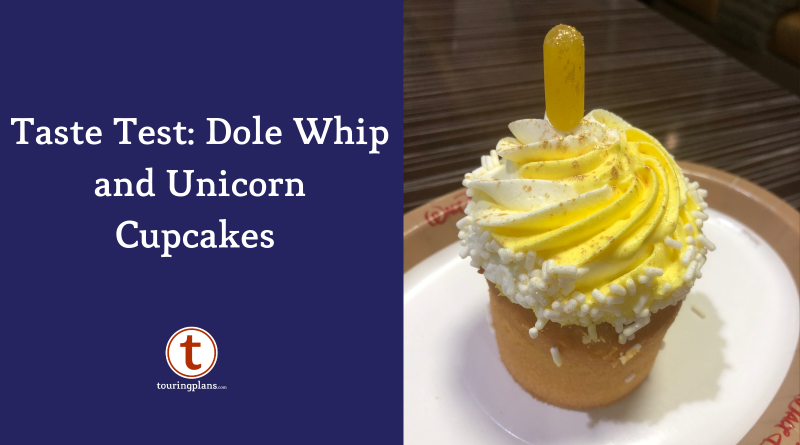 Ever dream up an idea for something amazing, but then reality sets in? That’s what you’ll find with the Unicorn and Dole Whip Cupcakes at All-Star Music. First up, the Dole Whip cupcake.

This cupcake comes with mounds of white and yellow frosting, white sprinkles, a dusting of gold powder, and a tube of concentrated pineapple flavor. The idea is that you squeeze the tube to get the pineapple flavor into the cupcake. 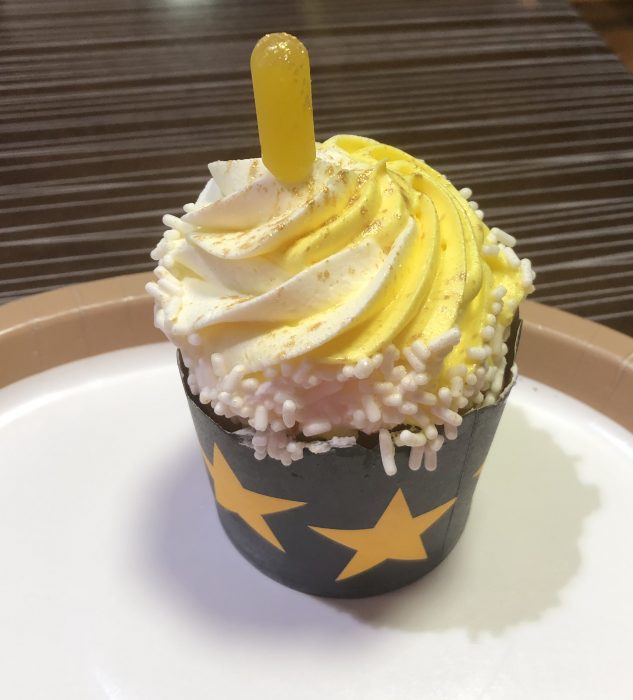 The cupcake itself was surprisingly not sweet–it tasted almost like a slightly sweet shortcake biscuit. There was a slight taste of pineapple from the frosting, but the bulk of the pineapple flavor came from that tiny tube of pineapple concentrate, the majority of which stayed stubbornly stuck in the tube. 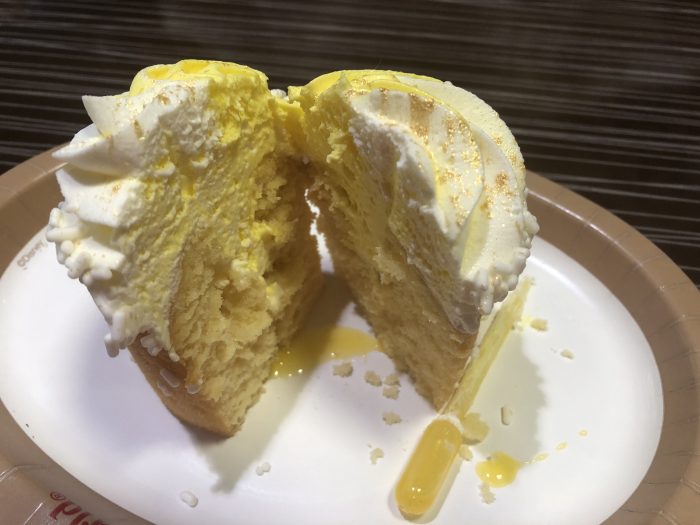 Overall, I went in wanting to love this dessert as I’m a huge fan of Dole Whip, but certainly this is a case where imitation is not the sincerest form of flattery.

The more popular cupcake, judging by the number that walked by our table during our meal, was the very sparkly Unicorn Cupcake. 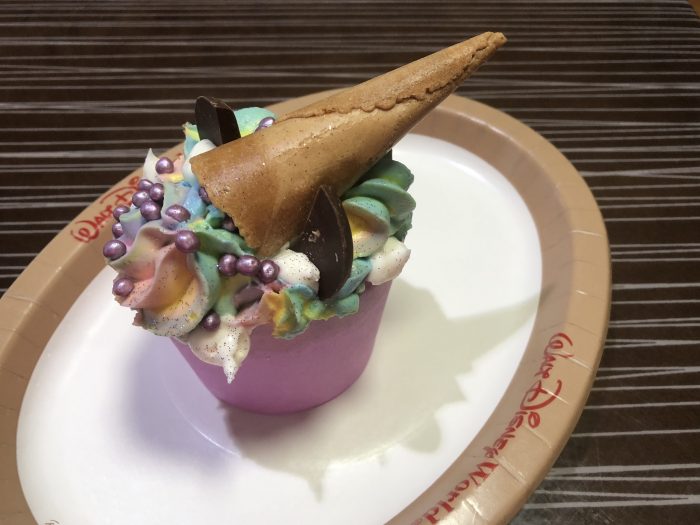 Unlike the Mermaid Cupcake, which was a work of art, this cupcake seemed just a bit off. It seemed like the unicorn horns (a sugar cone) had to lay flat on the cupcake so that it wouldn’t be too tall for the space in the cupcake cupboard. There were also chocolate “ears”, which didn’t seem to add much, and an abundance of interestingly colored frosting. Not sure what to expect, we gave it a try. The cake part of it was the same as that used for the Dole Whip cupcake–a not too sweet “vanilla shortcake” cake. With three of us sampling the frosting, we couldn’t quite figure out what flavor it was supposed to be. Our best guess was either bubble gum or cotton candy. It was sweet, with a very faint fruity taste, but mostly it tasted like just sweet frosting. Not being sure what filling flavor would go with the frosting, we cut open the cupcake to find… 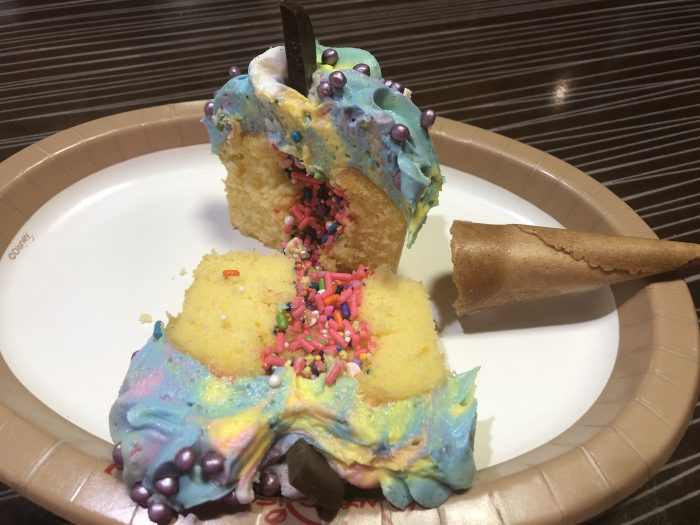 Sprinkles.Gobs of sprinkles filled the center of the cupcake, like some sort of cupcake piñata. And there wasn’t anything holding them in there, either. Overall, unless you took some of the frosting to snag some of the sprinkles, they would be left in a pile on the plate.

Although there are some wonderful cupcakes at Walt Disney World, neither of these impressed our tasting crew.

Have you tried these cupcakes? What do you think? Let us know in the comments. 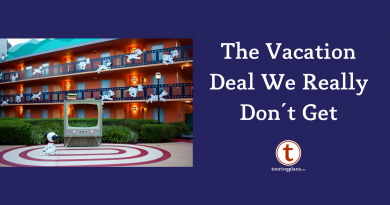