We are halfway through August, so it is time for our mid-month Crowd Calendar review. Here’s how the calendar did since our last review in mid-July.

Crowd levels at Epcot, Hollywood Studios, and Animal Kingdom were close to what we expected in the last 30 days but Magic Kingdom came in a point and a half higher. That means wait times at that park must have been higher than usual for late summer. We know this because an increase in overall attendance would normally be spread out among the four parks (and at Universal Orlando Resort).

When we look closely at the Magic Kingdom crowd levels that we observed in the last 30 days we see that late July was particularly crowded. We saw a series of crowd levels in the ‘6’ to ‘9’ range this year while the same period last year saw an average crowd level of ‘5’. Between July 15, 2018 and August 15, 2018 we saw only one day reach a crowd level ‘8’ at Magic Kingdom. This year, we saw 11 days reach a level ‘8’ or higher during that same period.

Hollywood Studios crowds have been slightly higher than expected lately but still below the middle point of our scale. That might change as the new Galaxy’s Edge land opens on August 29. Early reports of the new land are already rolling in as cast members and annual passholders get a sneak peak. Check out the latest news on the TouringPlans Blog.

Our next Crowd Calendar update would normally take place at the beginning of September but we would like to take some more time observing crowd levels across the resort after Galaxy’s Edge opens. Expect the next calendar update to go live in mid to late September.

Extra Magic Hour schedules for fall 2019 look much different than any year in the past. On September 1, 2019, for example, the only park that doesn’t host an Extra Magic Hour morning is Epcot. Hollywood Studios opens early at 6:00 a.m.! These new park hour schedules are going to be very interesting to observe. Will guests take advantage of the early hours? If they do, what will that mean for guests arriving later in the morning?

On September 5, 2019, all four parks host an Extra Magic Hour morning. Theoretically this makes it possible to experience a super headliner attraction at each of the four parks before the clock strikes 9:00 a.m., if you have access to the extra hour. You could start with Slinky Dog Dash at Hollywood Studios at 6:00 a.m. then hop over to Animal Kingdom to ride Expedition Everest at 7:00 a.m. Next is Space Mountain at Magic Kingdom by 7:59 a.m. (this step will be tight to fit in) then get yourself to Epcot for Soarin’ before 9:00 a.m.

There are a lot of unknowns this fall as compared to previous years but we are confident that our crowd level predictions will do a good job giving you a basis to plan out your trips. A lot of the trip planning exercise in fall is determined by the park schedules. Specifically, you have to figure out your plan for touring Magic Kingdom since so much of it depends on the Halloween Party schedule and whether or not you plan to attend a party. We think the task will be similar this year. Keep checking the blog for our crowd calendar updates or click on “Track this day” to be notified when a date on the crowd calendar gets updated. 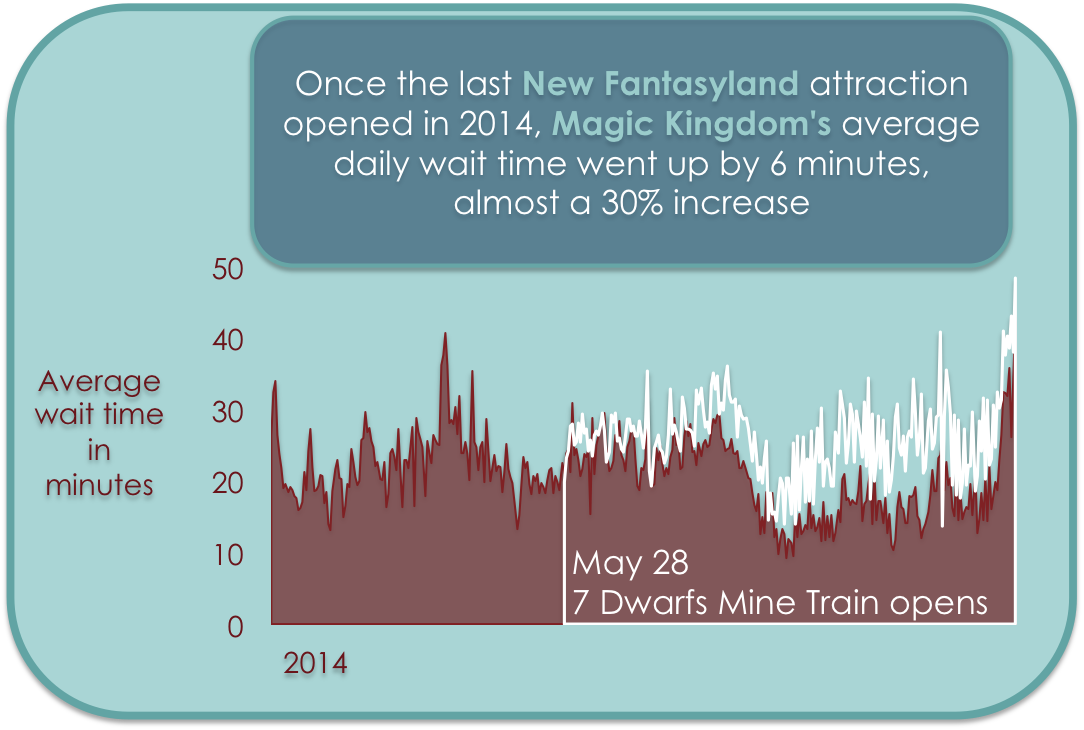