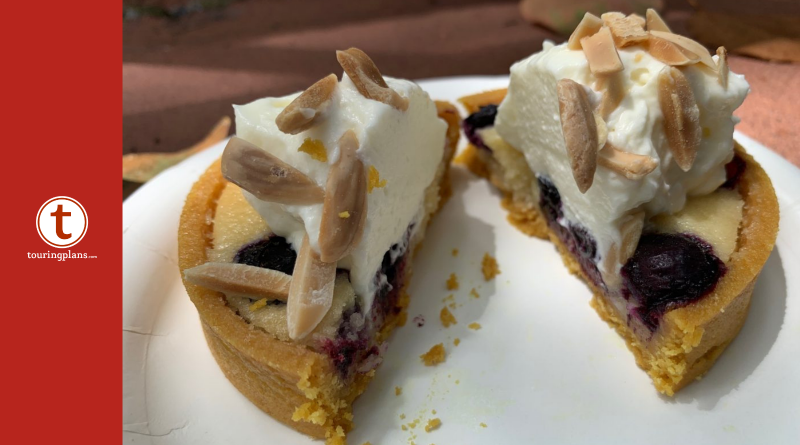 One of the few totally new booths this year at the Epcot International Food & Wine Festival is The Alps. 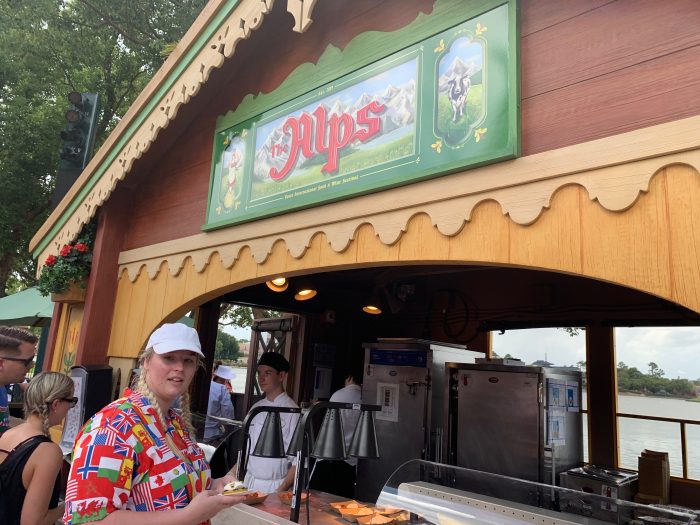 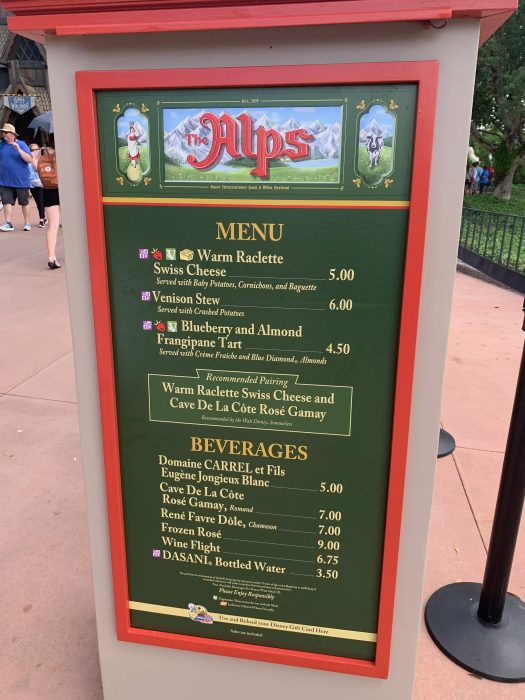 Let’s start with dessert, which was, in my opinion, the most successful of the three new dishes. 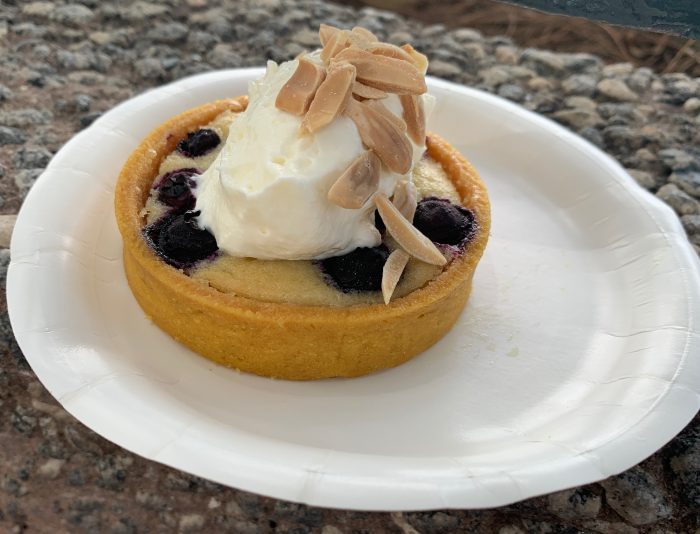 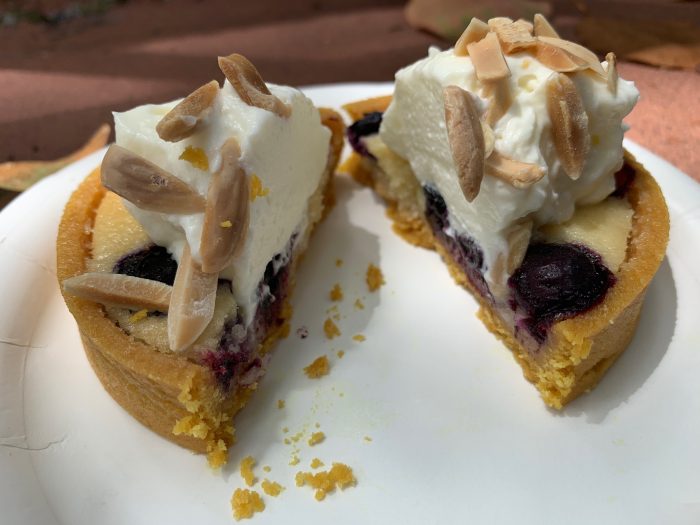 The crust was firm, but not brittle, able to withstand cutting with a plastic knife without disintegrating. The frangipane filling had a nice subtle nutty flavor, more mellow than what you’d typically find in an almond croissant, and the blueberries were firm and full, adding lightness and textural variety. The creme fraiche was clearly fresh, with lightness and sweetness that made me think of a fruit shortcake on a summer day, but with a nutty cookie base rather than a biscuit base. The only misstep here was almond toppers. The flavor was good and gave a balance to the fluff of the creme, but I found the crunch just slightly too aggressive. If the topping almonds had been slivered rather than chopped, this dish would have been perfect. If you’re just taking tastes, this dish is easy to split cleanly between two or even three people.

The venison stew was also tasty, if somewhat less than photogenic. 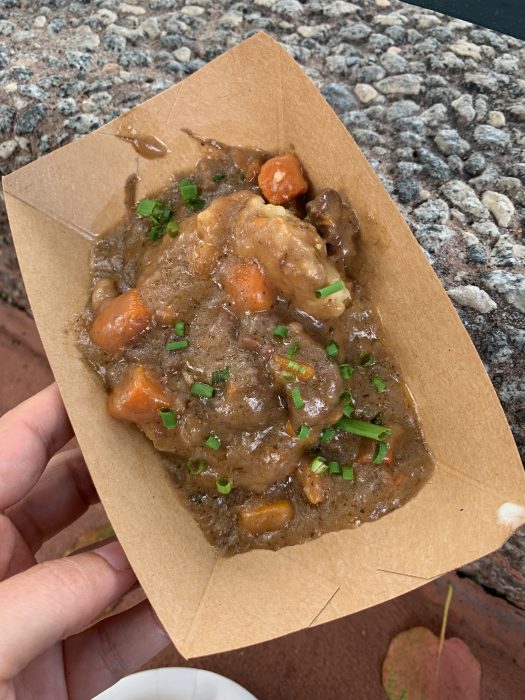 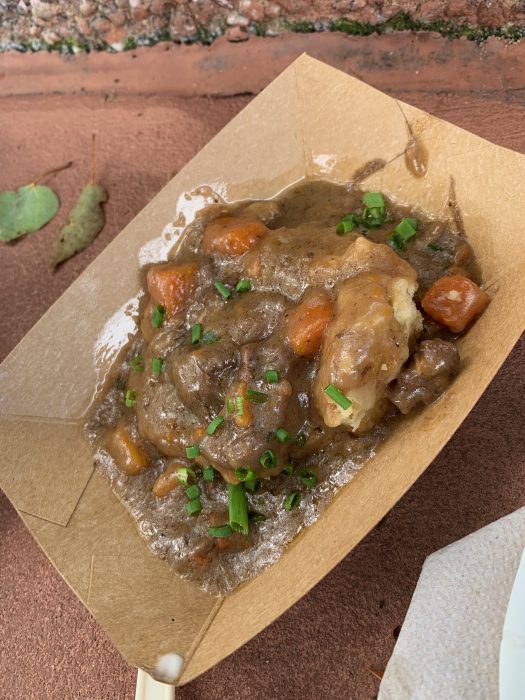 The meat had little of the gamey flavor I typically associate with venison. If you had told me that the was beef stew, I would have easily believed you. The meat and carrots were tender. The potatoes were nice and creamy, and could be mixed into the stew or somewhat eaten on their own, depending on your preference. I’d happily consume a steaming mug of this stew after day of hiking in the forest or cross-country skiing in, you know, the Alps. However, since I was eating this while sweating through a three-theme-park day, there was a serious disconnect between the food and the environment. Go ahead and order this, but wait until October to do so.

When I saw the menu, I was most looking forward to trying the raclette. Raclette is somewhat similar to fondue, in that melted cheese coats other food items, but rather than dipping your food into cheese yourself, with raclette a server scrapes a melted edge of a large cheese wheel onto your plate for you. 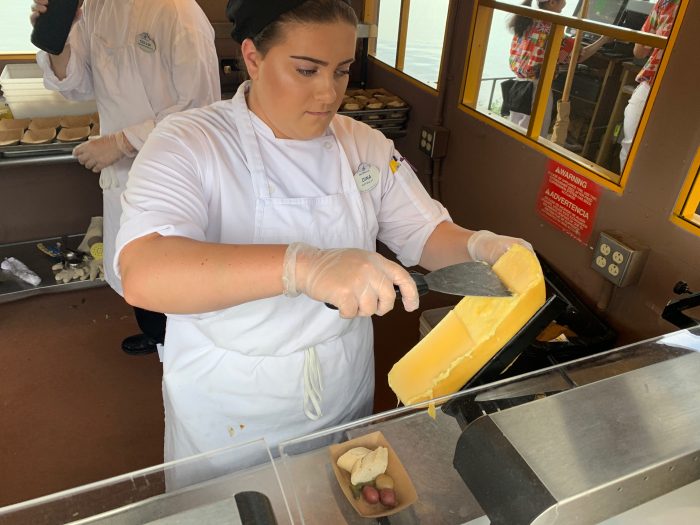 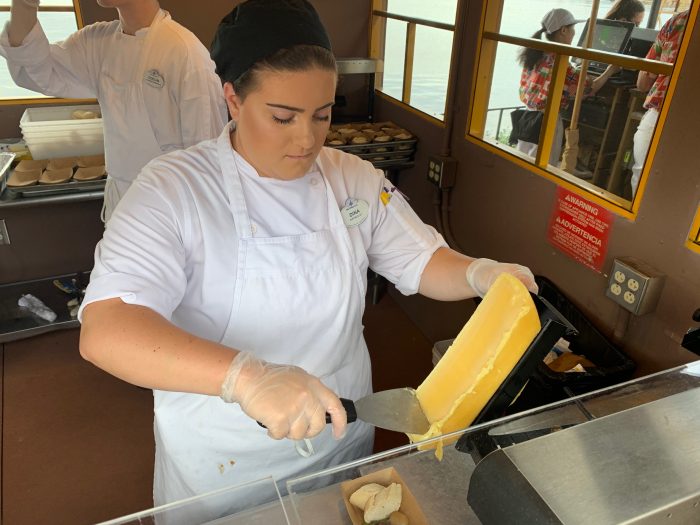 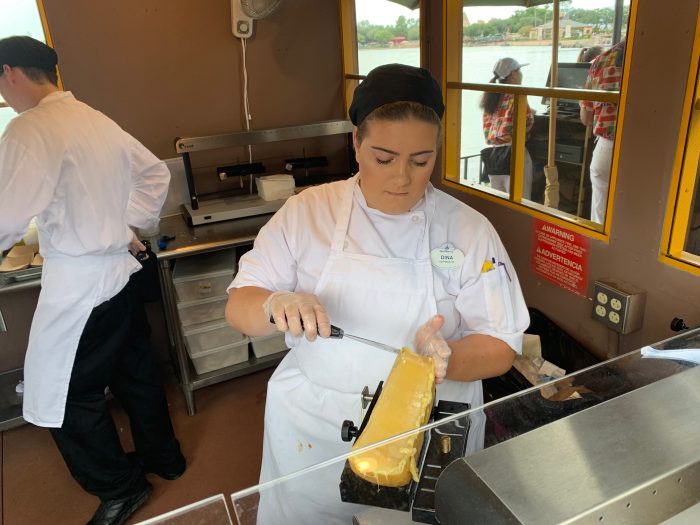 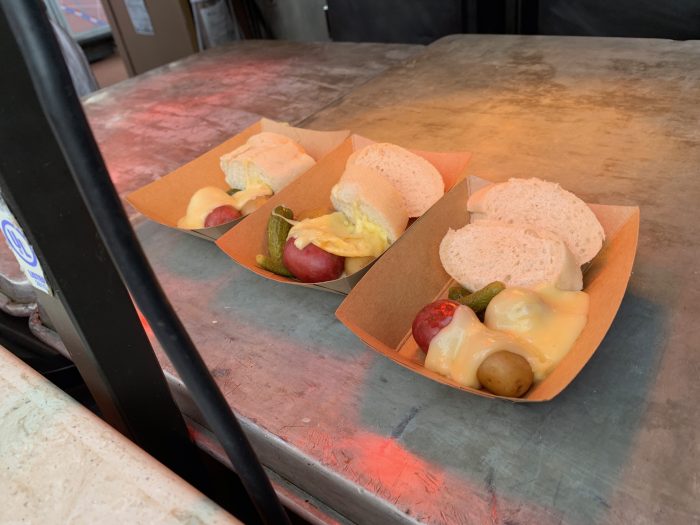 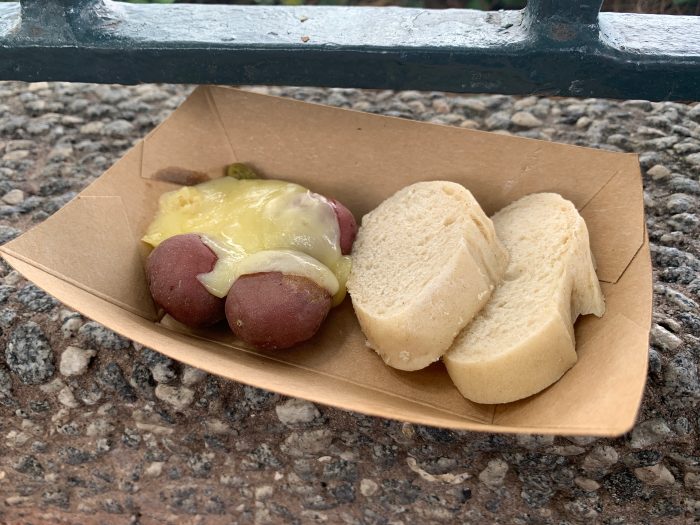 While this tasted about right, the texture was off for me. I made the mistake of eating this dish after I took a few photographs and tasted the venison stew. Perhaps four minutes elapsed between receiving the dish and me taking my first bite. In that time, the cheese had gone from being warm and gooey to being cool and rubbery, even in the 90+ degree heat. I wanted to be able to spread the cheese on my bread, but instead I had to cut a piece of the cheese off and place in on the bread. Additionally, the bread should have been more hearty and crusty rather than this soft slice with dinner-roll firmness. The cheese on the warm potatoes was more successful. Again, this dishes is on the heavy side, which is fantastic if you’re traversing a mountain, but less so if you’ve just hopped over to Epcot from Batuu. Eat this right away toward the end of the Festival and you’re in for a treat.

For the sake of comparison, most of my previous raclette experience has been at a New York City venue called Raclette NYC. Here are photos from a meal there: 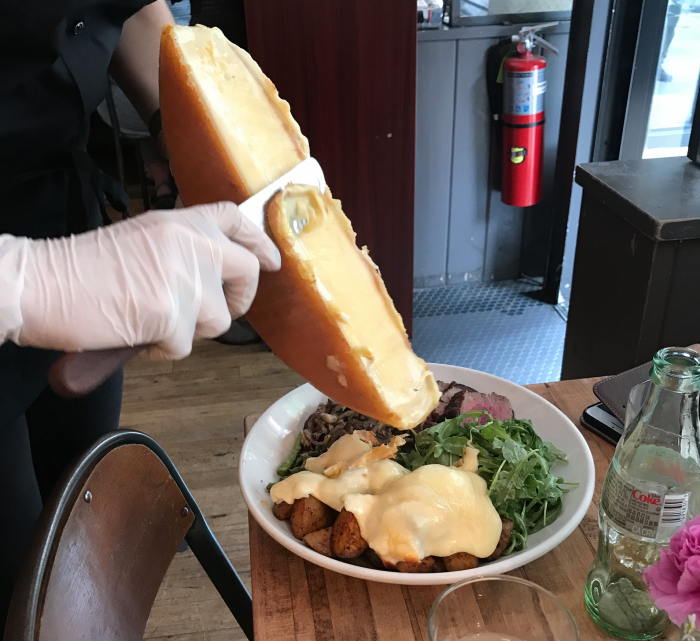 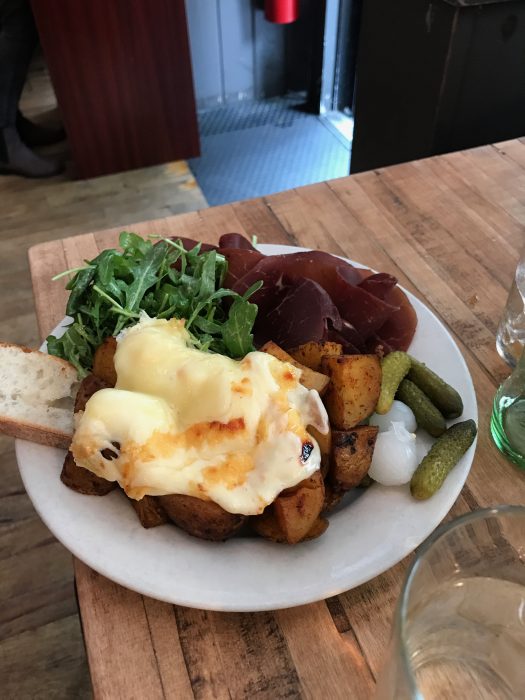 If you develop a taste for Alpine food at the Festival and then find yourself in New York later, I highly recommend. 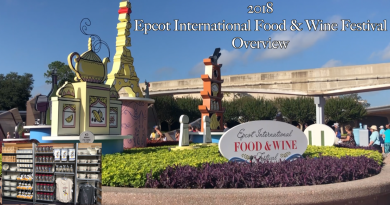 One thought on “Epcot Food & Wine Festival: Get to Know the Food of the Alps”