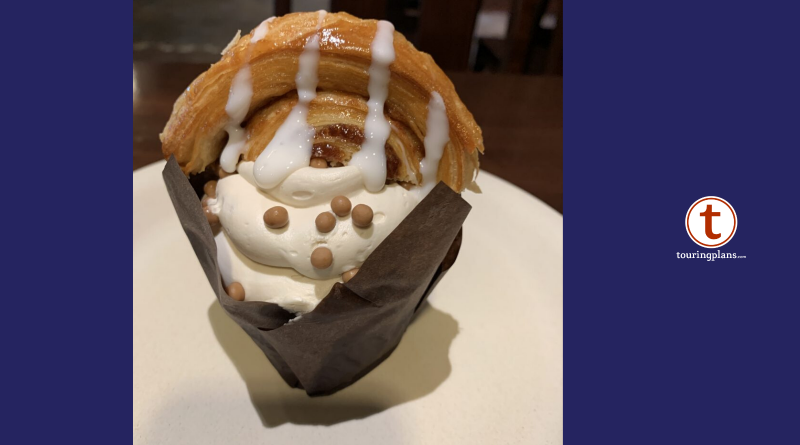 The Roaring Fork quick-service restaurant at Disney World’s Wilderness Lodge is featuring a new seasonal cupcake topped by a cinnamon roll. The cupcake is priced at $5.99.

The cake itself is a slightly dry spice cake, a mild blend of cinnamon, nutmeg, and ginger. Within the cake half of the cupcake is a whipped cream cheese filling that is dotted with a few chopped pecans for texture. Together, the cake and the filling make a pleasant snack.

Much more problematic is the heap of heavy frosting on top of the cake. I found the frosting akin to slightly sweetened shortening, so heavy that it coats your teeth. My initial bite of the frosting was just after a cast member brought the cake out of the cooler, it improved at bit as it warmed up, but that first bite was cloying.

The garnish is some crunchy candy pearls and half a mini cinnamon roll. Both are yummy, but they feel like they’re just stuck onto the frosting, not integrated with the cake at all.

Overall, if you take off the thick layer of frosting, this is a nice treat. With the frosting, it’s a brick of fat and sugar. 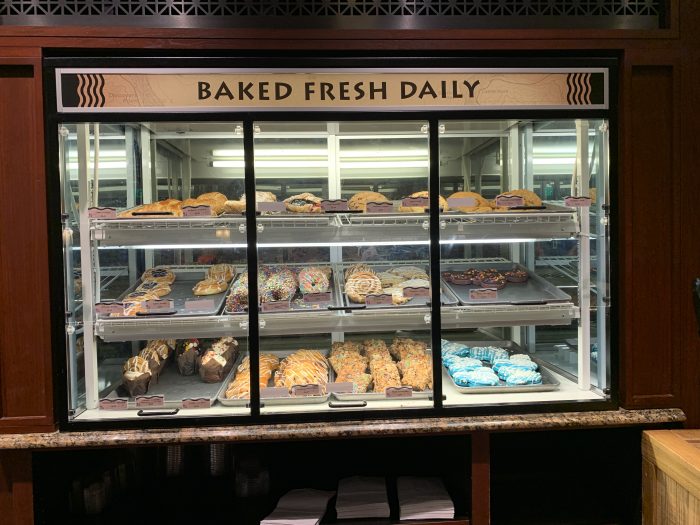 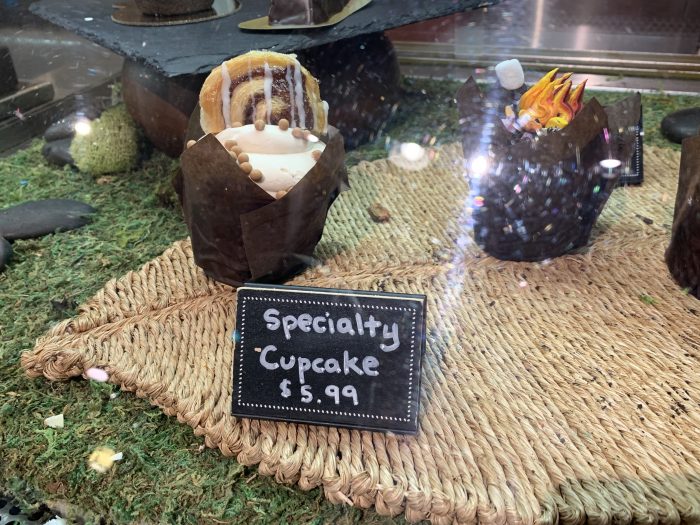 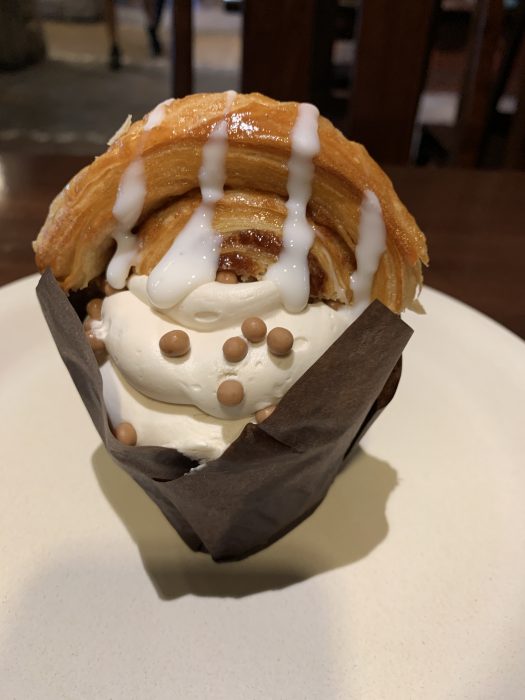 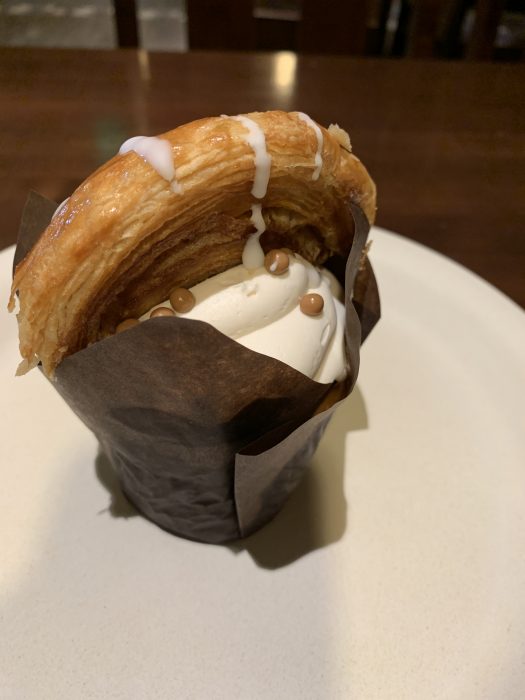 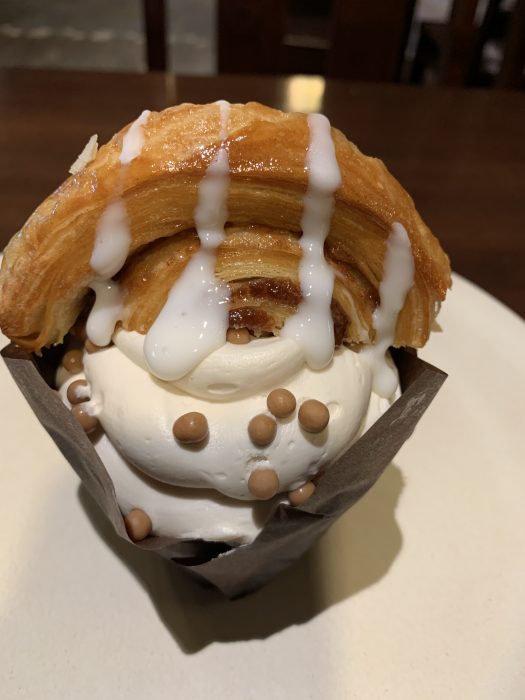 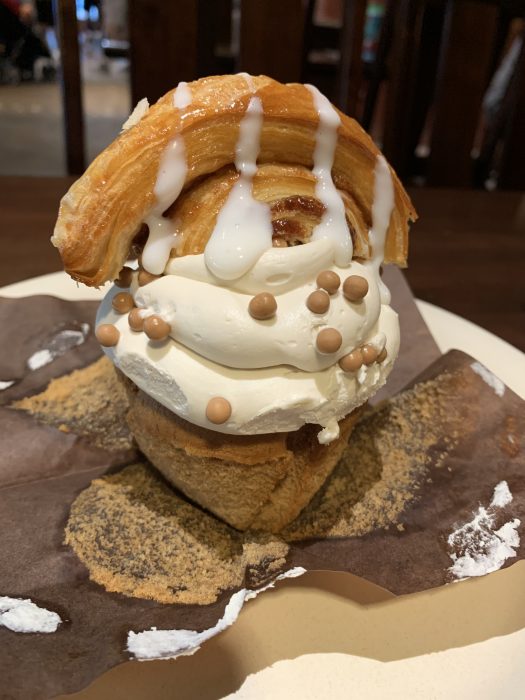 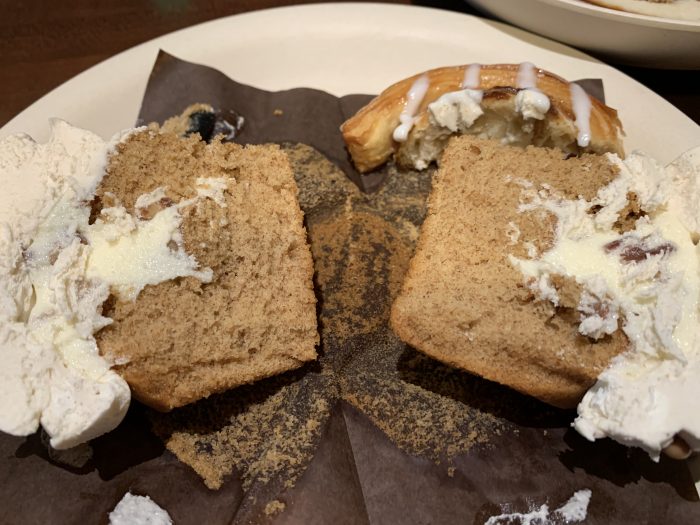 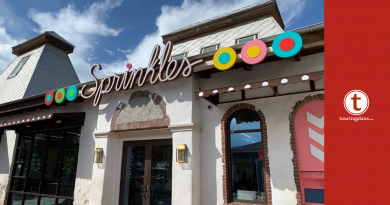 Free Cupcakes for Students and Teachers! 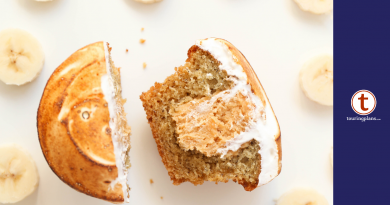 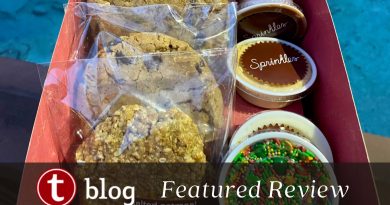