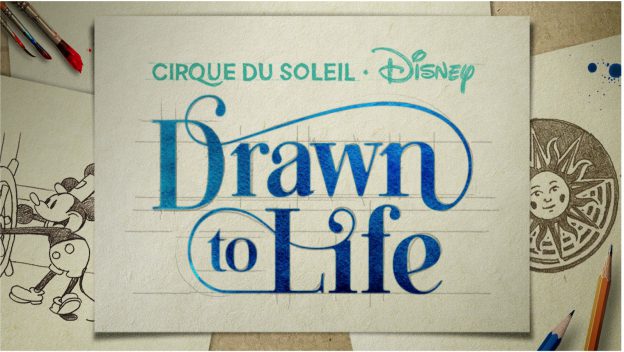 The show has been announced, tickets are on sale, but the official name of the new Cirque du Soleil show that is coming to Disney Springs was unknown. That is until today. This new show will be called “Drawn to Life”.

Drawn to Life follows the story of Julie, a determined girl who discovers an unexpected gift left by her late father: an unfinished animation piece. Guided by pencil, she embarks on an inspiring quest sprinkled with her Disney childhood memories. Through this journey, she learns to imagine new possibilities and animate the story of her future. The show will include animated characters mixed with live performers and will integrate Disney themes throughout.

Disney recently gave a preview of what the new show would look like and you can see that here.

“Drawn to Life” is the product of a collaboration between Cirque du Soleil, Walt Disney Animation Studios and Walt Disney Imagineering. Previews for Drawn to Live will begin March 20 with a world premiere taking place on April 17. Tickets for the new show are on sale now.

Amorette’s Patisserie to Open at Disney Springs on May 15