Every week here at TouringPlans, we update our readers on which NFL and college games are showing in the Orlando market on the Walt Disney World television system. This means these games will be available in resort hotel rooms, lobby and pool bars, and other locations around property. While some other venues with a sports bar tilt will show additional games, they are few and far between on property. Games are also shown free with an advance reservation and $10 food purchase at AMC Cinemas at Disney Springs. These listings are updated over the weekend, so check with AMC for their updated schedule if you don’t see it below.

The good news? College bowl season is here! The bad news? It’s almost all minor bowls that almost nobody cares about! The good news? The NFL playoffs are almost set! The bad news? Most of the games are now meaningless! Regardless, we have a rare Saturday triple header to enjoy while waiting for our boarding group for Rise of the Resistance to get called. Last week’s games also through a wrench into the networks’ plans and my predictions so the Sunday afternoon games look different than they did last week.

How to Watch Football at Disney World for December 12-18 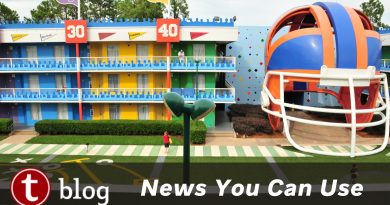 Football Season Kickoff: What You Need to Know at Walt Disney World