What a ride! The roller coaster of temperatures has brought us right back to the station this week, with a return to warmth and sunshine after a brief dip into cold over the weekend. Yes, it’s spring in Central Florida, the time of year when dressing for three seasons in one day is an art — which unfortunately most of us have not mastered. You can tell the Floridians by the flip flops and parkas. Conversely, we see you Up-North types in your shorts!

Luckily, the first week in March only has one set of extremes planned for us: extreme warmth. So we can all agree on flip flops and shorts this week.

High pressure is in control now. There’s a high pressure ridge drifting east across Florida, and through Wednesday it is going to pump warm southern air into the peninsula. For most of this week, we’ll enjoy sunshine, increasing temperatures, and… yes, a return of humidity. But even that’s not all bad, as fire danger for the region has been quite high during the past few days, and a return to humid weather makes wildfires much less likely. More on that later.

Expect the rest of Sunday to live up to its name. Under a canopy of blue sky, the temperatures will creep up to a very ambient 72 degrees. With that weather-controlling high pressure system centered just north of Orlando, the winds today will be steadily out of the east at about five to ten miles per hour. Tonight, the winds will calm and the dry air will let the air cool rapidly, giving Orlando another chilly night. Not quite as cold as it has been, though: expect to wake up to 50 degrees on Monday morning.

On Monday the high pressure system marches eastward and sits off our Atlantic coastline, and the wind now shifts to the southeast. This is when warm, humid air will slowly begin to encroach on the dry air-mass that has been in charge since last week. Monday’s high will be around 78 degrees, just a few notches above average, with plenty of sunshine. In the evening, the increase in humidity might be noticeable as the wind makes it way out of the south, and the low will only fall into the 60s overnight.

Tuesday morning starts around 60, but the humidity will be here and the high temperatures are on the way. Expect a high around 85 degrees on Tuesday, with a warm south wind blowing between five and fifteen miles per hour. A few scattered clouds may appear thanks to the high moisture in the air, but rain isn’t expected. Tuesday evening will be on the warm side, in the 70s, with an overnight low of 65 degrees.

Wednesday is the hot day everyone’s talking about. The first day of 2020’s Epcot Flower & Garden Festival is meant to be hot and humid, with a potential high temperature around 90 degrees. The occasional spike into the 90s in March isn’t unusual, but it is uncomfortable — with spring’s big clear skies and few clouds to provide shade, you just have to sweat it out. Definitely consider a midday break if you’re hitting the parks on Wednesday. In the evening, there’s a small risk of a rain shower as a frontal boundary begins to push into Florida, but otherwise things stay warm.

Thursday morning begins close to 70 degrees and muggy, with a slow-moving cold front sagging in from the Gulf of Mexico. This approaching front will bring increasing clouds, a chance of rain showers, and a south-southwest wind which eventually switches around to northwest as the front passes through on Thursday night. Thursday’s high still reaches a sweaty 84 degrees, and the low will be around 64 once the front passes late in the night.

On Friday, the front will clear the area, leaving behind sunny skies and a high near 75 degrees. It should be quite a palate-cleanser after the week we’ve just had! Friday evening will feel really chilly as the temperature drops through the 50s, with a north wind just to emphasize things. The overnight low will be about 50 degrees, before a nice Saturday with a high near 69 and a steady north wind around ten miles per hour.

While you probably won’t smell much wood smoke this week, thanks to high humidity, spring is typically Central Florida’s most active season for wildfires and prescribed burns. Most of Central Florida’s natural habitats are fire-dependent, which makes sense when you consider how much lightning this part of the world sees. Last week there was a very smoky day around the parks and greater Orlando thanks to prescribed burns well outside of town. If you are traveling to Central Florida and you have any breathing issues, this is the time of year to start checking the air quality forecasts — especially if you see a forecast for a run of very dry days following a cold front.

March and April tend to get strings of warm, dry days with the relative humidity in the dangerous zone for fires — here that’s below 35% humidity. When that happens, it doesn’t take much to spark a fire in Florida’s winter-dried woods, even just from cigarettes thrown out of car windows. People! Do not throw your cigarette butts out of your windows! Thank you for coming to my TED Talk.

If you see a smoke column in the distance and you’re wondering where it’s coming from, a good resource is this map from the Florida Forest Service, as well as their Twitter account, which reports out on active wildfires. This Twitter list from Orlando’s Spectrum News 13 is also a nice collection of accounts to check for fire updates. Hopefully, we’ll have a quiet fire season this year. 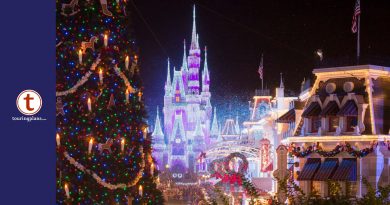