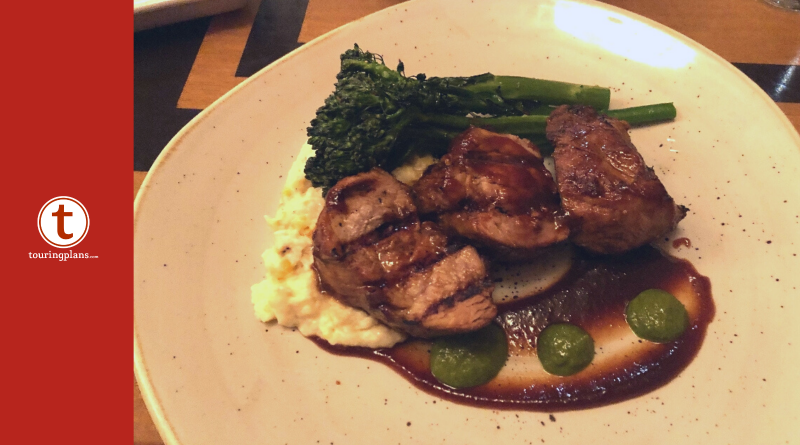 I had dinner over at the Contemporary’s The Wave last week, and it reminded me of the Hulu series The Great, about how Catherine the Great came to rule Russia. (It’s well-written, funny, and charming. Definitely worth watching.)

It wasn’t that Elle Fanning was at Disney World (she wasn’t), and I’m pretty sure I couldn’t order borscht if I tried.  No, while I was at The Wave, the thing that reminded me of eating like royalty was the fact that there were a total of three people in the dining room, and we were served by an entire kitchen staff outfitted with millions of dollars in cooking equipment.  It was as close to having a personal Disney chef as you can get. And it was glorious.

Every dish I tried was perfect. And they were probably perfect because the chef had no other meals to prepare but mine. Every item came out of the kitchen exactly when it was done. Nothing sat under a heat lamp waiting for my server to finish a circuit of other tables, because my server – Charlene – had no other tables. She had only me.  And so while 2020 has been absolutely horrible, if you like eating at Walt Disney World, now is the time to do it.

Dinner started with bread service. This mini-loaf of multi-grain bread came out warm, its just-baked aroma floating out from under its cloth wrapping. This was a dark, multi-grain loaf that tasted of sweet molasses. The crust managed to be crispy and chewy at the same time.

Along with the bread came a small plate of butter, topped with pink Himalayan sea salt.  I’d like to take a second to thank the kitchen staff for ensuring the butter was at room temperature, and easy to spread on the bread.  Serving cold butter with fresh, warm bread is probably a crime in France, and the Florida legislature should definitely consider adopting this idea.

For my appetizer, Charlene recommended something not on the menu – the evening’s special of Chicken Pozole soup ($9.50).  This was an avocado-based soup made with chicken stock, chicken, tomatillo, onion, and radish.  It was delightful. I could taste a touch of garlic, perhaps cilantro, and I think poblano or jalapeño pepper added smokiness and depth.  This wouldn’t be out of place over at La Hacienda at Epcot, and if I had a Mexican grandmother, I’d definitely ask abuelita Testa to make this every time I visited.

This pork tenderloin was one of the best main dishes I’ve had in Walt Disney World in years.  But let’s start with the smoked cheddar cheese grits – I would eat these every day, with every meal.  I’m not a huge fan of grits – if they’re too soft, the texture is off-putting – but these were perfect, done with a little bit of chew, and the smoked cheddar flavor was assertive without being overpowering.

On to the meats! The pork tenderloin came with a coffee-barbecue sauce that was mellow and tangy. That went well with the pork, which was done to a perfect medium rare – I was absolutely certain this plate had spent exactly zero seconds under a heat lamp.  The pork had a flavor that was so rich, it almost tasted like beef.  And I loved the broccolini, which I think was steamed, and cooked until just done.  At first I was surprised at how well the broccolini went with the coffee-barbecue sauce and the cheddar cheese grits, and then I remembered that the kitchen is filled with professionals who do this for a living, and do it way better than I could ever hope.

Total cost for the soup, pork, and a soda was $38.97. The Wave accepts Tables in Wonderland discounts, which reduced the price by 20% and adds an automatic 18% gratuity, for a total of $40.03.  By any measure, this meal was a bargain at that price, and it would’ve been a bargain if the pork was $36 instead of $26.  As I said earlier, this is a great time to be eating at Walt Disney World restaurants, and I’m excited to go back for more. 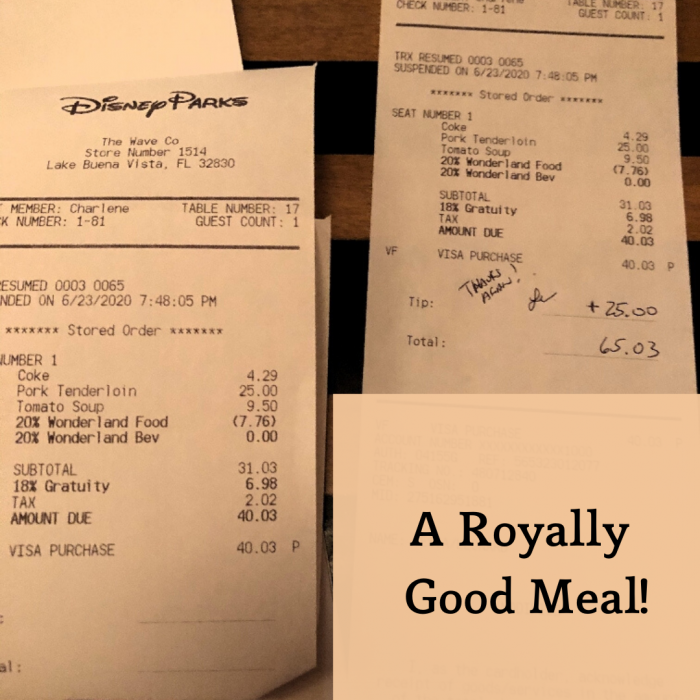 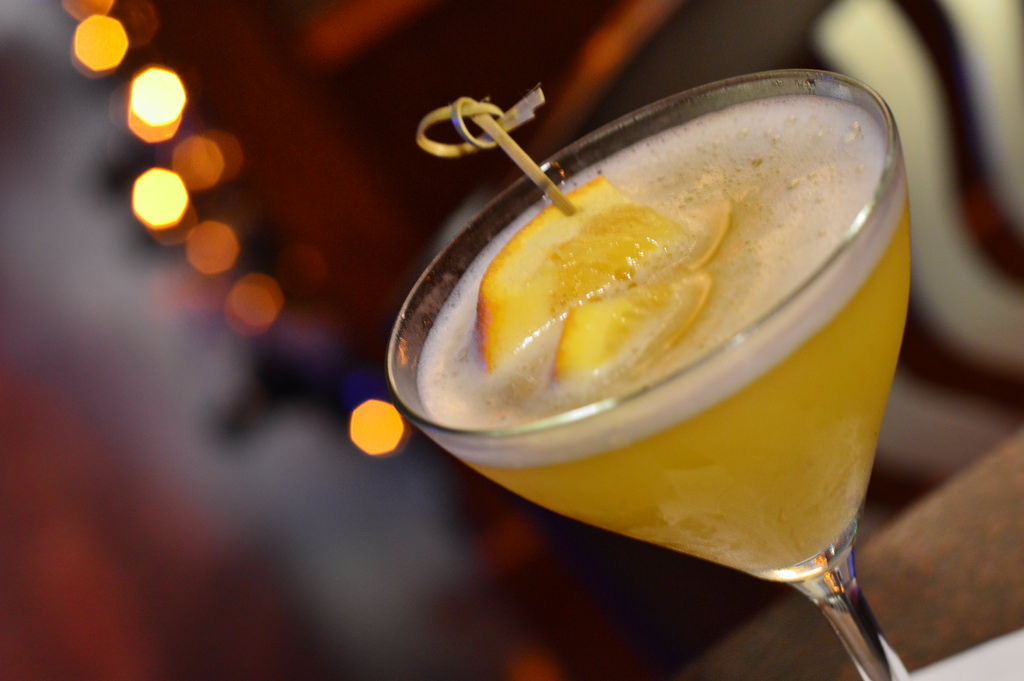 25 Drinks of Christmas – Day Seventeen: Under the Florida Moon at The Wave 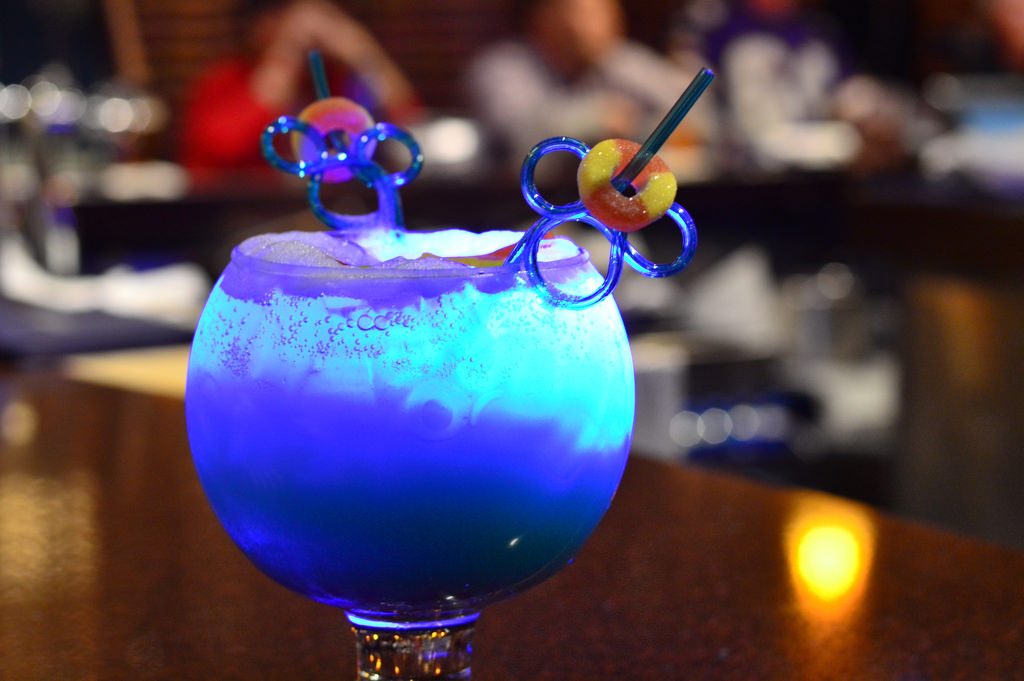 4 thoughts on “Dinner at The Wave – Eat Like Royalty”