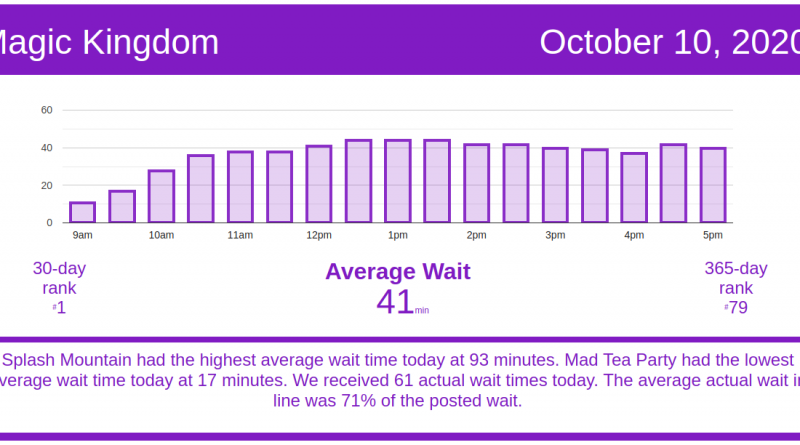 Holiday weekend crowds made today the busiest day of the past month at the Magic Kingdom, EPCOT, and Animal Kingdom.  Our own researchers Erin and Chrissy are still testing touring plans in the Magic Kingdom, too.  Look for their report and photos shortly.

These attractions had their highest average standby waits of the week and month today: Astro Orbiter, Buzz Lightyear, Mad Tea Party, Mickey’s PhilharMagic, Space Mountain, Splash Mountain, The Barnstormer, Haunted Mansion, Magic Carpets of Aladdin, and Seven Dwarfs Mine Train.  If you were looking for an attraction that wasn’t experiencing peak crowds, it was Jungle Cruise.  Its average posted wait of 42 minutes today was only #4 for the week, and #12 for the month. 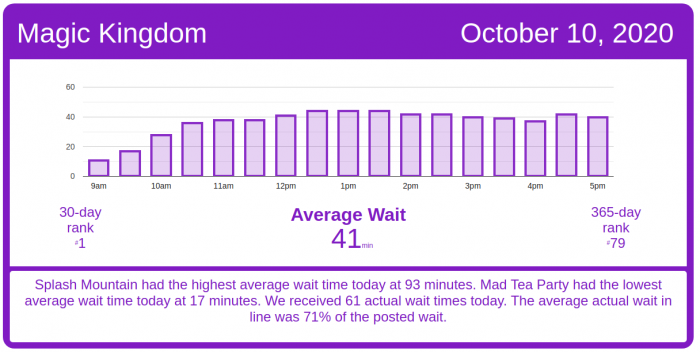 Like the Magic Kingdom, several EPCOT attractions experienced their highest average posted wait times of the past month today, including Journey Into Imagination With Figment, Living with the Land (an underrated ride, if you ask me), Mission: SPACE, Soarin‘, The Seas with Nemo & Friends, Spaceship Earth, Test Track, and Frozen Ever After.  One of the few attractions that didn’t experience monthly high crowds was the Gran Fiesta Tour Starring The Three Caballeros.  Perhaps everyone was at La Cava del Tequila, which would be completely understandable. 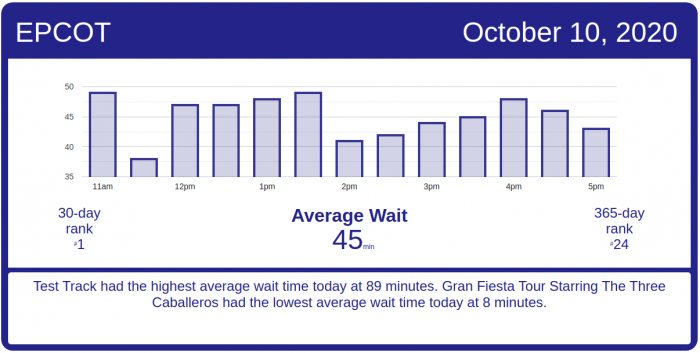 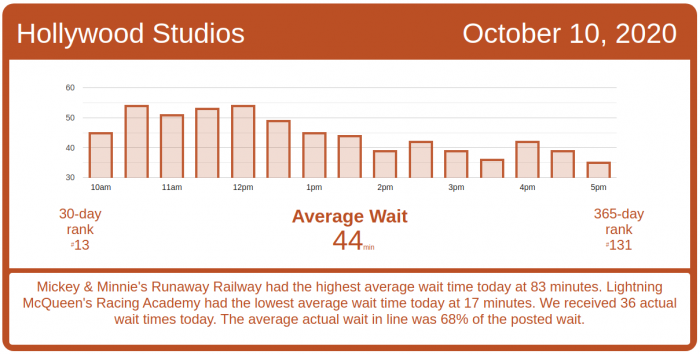 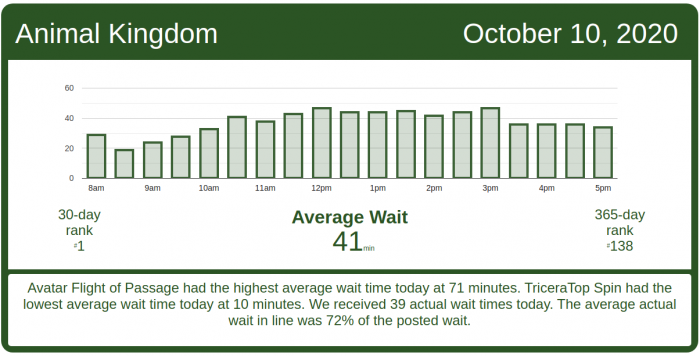 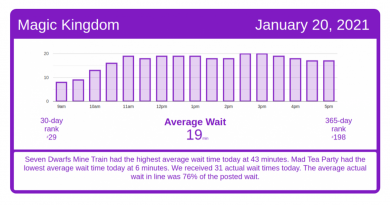 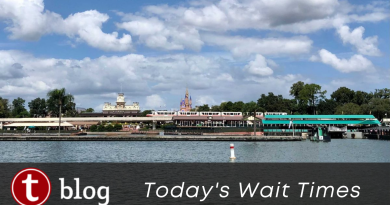 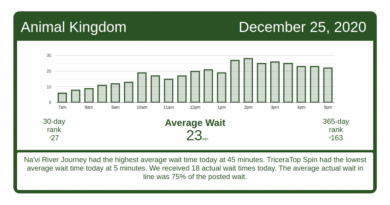 Not a Creature Was Stirring – Disney World Wait Times for Friday, December 25, 2020