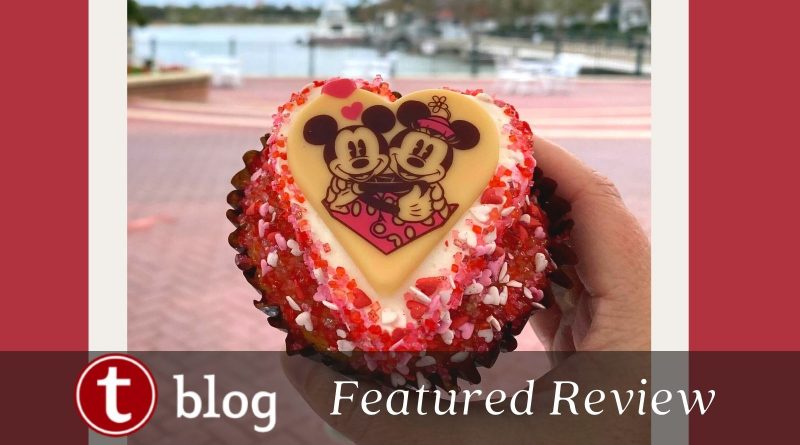 Disney’s Grand Floridian Resort is usually one of the first locations to offer seasonal treats throughout the year. This year it is the first to debut a Valentine’s Day cupcake. The Valentine’s Day Red Hot Cinnamon Cupcake is available at Gasparilla Island Grill–and the cupcake does not live up to its name. Still, it is worth a try if you enjoy cinnamon.

The Valentine’s Day Red Hot Cinnamon Cupcake is made of Cinnamon Sponge cake filled with Red Hot Cinnamon Mousse topped with a Heart-shaped Vanilla Buttercream and Mickey and Minnie Chocolate Garnish. The “Red Hot Cinnamon Mousse” was not red hot at all. I was expecting some sweet heat like that of the red hots candy that is popular during the Valentine’s Day season. But alas, this mousse tasted closer to Cinnamon Toast Crunch cereal. The Vanilla Buttercream was nice and thick and was in the shape of a heart, leaving some unfrosted cake around the edges.

In fact, this entire cupcake tasted more like cinnamon coffee cake to me. Now perhaps this was due in part to it being morning time when I mobile ordered this cupcake, and paired it with a Espresso Macchiato. The espresso and cupcake pairing was lovely.

My toddler son did not care for the bites I offered him, though he did love the sprinkles. It is an adorable Valentine’s Day cupcake and if you are so inclined to kick off the holiday of romance and love, this is a cute and tasty way to do so.

Do you look for seasonal cupcakes when on your Walt Disney World vacation? What’s the best one you’ve ever had? 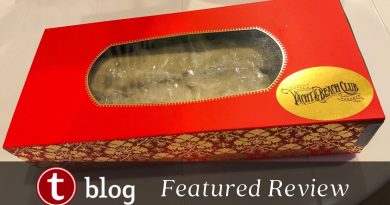 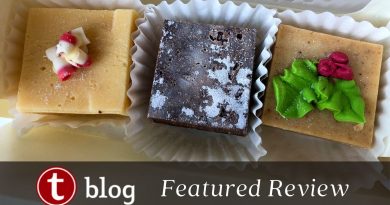 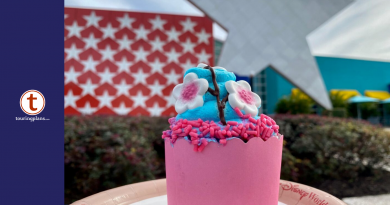