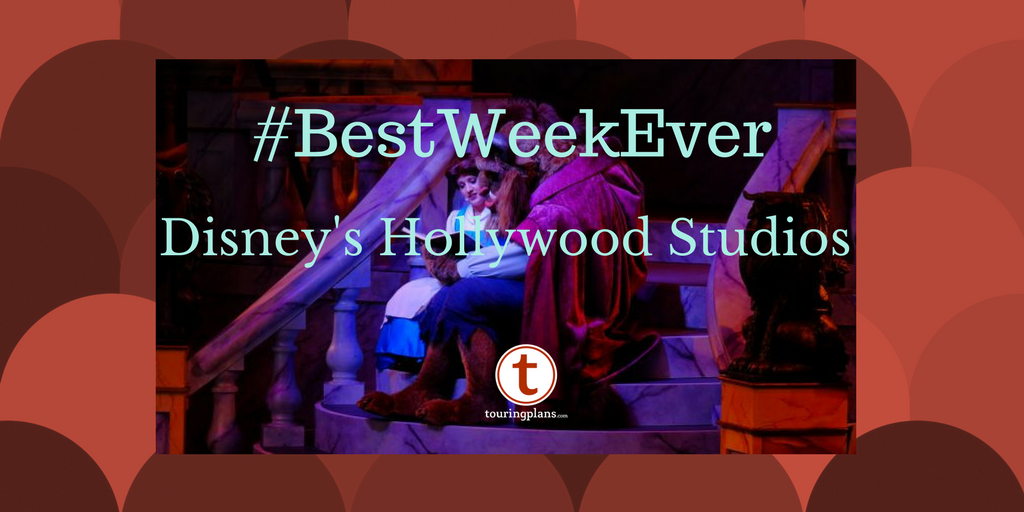 Hello, friends! This week I dedicated myself to falling in love with Disney’s Hollywood Studios again. Well, it didn’t really start out that way. I popped in to do a little shopping but ended up spending the day appreciating the chill atmosphere. I was surprised how much we enjoyed ourselves, so I wanted to take you along to see how much fun a day can be at Disney’s Hollywood Studios. So what was I out hunting to buy? Well, I heard there was a new Hollywood Studios mug for sale at Starbucks featuring the aliens from Toy Story! Since the ride doesn’t open until next summer this seemed too good to be true, but there they were on the shelf. I snapped one up and decided to shop a little before heading out. Want to see what else I found? Join me for the rest of my day! Click to read more.

So here they are, the elusive rose gold ears. I normally wouldn’t report on a pair of ears, but they have somehow become the hottest thing ever. I never find these headbands to be very comfortable so I passed on a pair. We must have seen 100 girls wearing these through the park. What do you think? Are you really excited about these? Or do you think they are basic? I also found the new Her Universe line for sale in the park! I realized after the fact that I spent my first hour shopping. It was so nice to browse without the shops being mobbed. Much like everyone else, I’ve been teasing the Hollywood Studies isn’t even a half day park. I found myself eating those words as half the fun was being in a Disney park that wasn’t wall-to-wall people. We strolled over to the Walt Disney Presents, but were underwhelmed with the changes. There were new models for Toy Story Land and a small portion of Star Wars Land, but for the most part things remained unchanged. At least the new sign is nice. 🙂 The real reason we were heading that way was to cash in the FastPass+ we had for Toy Story Midway Mania. Am I the only one that is just terrible at this game? I never win anything “better” than the beaver prize. Show some love in the comments if you can’t get a decent score either! Who are these people that max out the score?? Back to gift shops we found a lot of new Toy Story merchandise. Of course, we’re big fans of the movie so we’re excited to see the characters featured more prominently. If the new alien ride is like Mater’s Junkyard Jamboree in Disneyland it will be one of our favorites. Which new ride are you most excited about? Echo Lake is still drained while it undergoes refurbishment. All the trees have been removed from the center island and I’m hearing that is where the Christmas tree will go up this year. I hope it’s true! I think the tree would look fabulous here. While I don’t ride the Tower of Terror, I noted that the wait was only 10 minutes despite visiting over the weekend. We might have spent a lot of time doddeling through shops, but the crowds were light enough to keep wait times short for all the rides. Even though it was the heat of the day, it was barely 85 degrees out. Decent fall weather seems to have finally arrived. By the Hollywood Hills Amphitheater we noticed tall, green draping up around the projectors that will soon put an evening show onto the Tower of Terror.  I can’t wait to see more offerings coming to the park, but I’m enjoying the quiet time before it becomes all Star Wars, all the time. Speaking of Star Wars, just about every hour Captain Phasma would march by with her troops. You can score this awesome view if you grab a spot where Hollywood Blvd meets Sunset Blvd. This is where she stops and addresses the crowd before continuing on. We only arrived just a couple minutes early for a front row view, but once the music starts a crowd forms quickly. Inspired by seeing Captain Phasma (and the desire for a little bit of air conditioning) we headed for the Star Wars Launch Bay. We passed more Storm Troopers on the way and since we were the only ones around they put on quite a show. It’s crazy to think how much of this there will be in just a couple of years. Since we were actually in the park at a time when PizzeRizzo was open, my hubby insisted we go. We’re both huge fans of The Muppets, but my love ends where theme park pizza begins. We tried ordering our meal in the app and had trouble submitting the order. We gave up and just got in line. We found out later that there was a problem with the Disney Parks App when we were trying to order. So, I passed on this meal. I stole the apple slices and let my hubby have all the pizza to himself. He genuinely loved every bite. I could have worked harder to make this look appetizing, but I don’t want to oversell it. They had a decent looking salad that I’ll try the next time we visit. I’m sure it won’t take long for us to get back. Even though I wasn’t feeling the food I loved the atmosphere. We chose to sit upstairs in the banquet hall / party room. The entire room was decked out like the below photo while cheesy party music synced with LED lights hidden along the walls. To make things better there was a cast member that kept making magical moments for birthdays and other cute things for kids. Upstairs at PizzeRizzo there are also quiet, clean, hidden bathrooms. If you aren’t excited by that, it’s worth a trip for the view. The Miss Piggy fountain is covered again, leaving hope that it might be getting repaired under there. In the distance you can also peek into the New Grand Avenue area opening soon. We decided to see what the wait time was for Muppet Vision 3D and walked right in! Walking along the construction walls I saw signs and lights just over the top. This section looks so close to done. I can’t wait to take you along with me when they finally take down the walls so we can get a look inside. Since we’d done a lot of shopping, walking, and eating we looked for something else to do. It had been years since I went to see Beauty and the Beast – Live on Stage so we got in line to see if we could make it in without a FastPass+. Not only did we make it in, but we managed to get great seats after waiting less than 5 minutes! The show was great, and I was more impressed that I expected by the actors. It’s hard to believe that a version of this show has been put on daily for over 25 years! The crowd loved it. I think we’d see it more often if the seating was indoors. You’ll be shocked, but afterwards we shopped a little more. 😉 I remember the Lumiere ornament from previous years, but I don’t recall seeing Cogsworth. They were flying off the shelf so Beauty and the Beast continues to be wildly popular. As we walked back down Hollywood Blvd we noticed Star Wars balloons were slowly becoming the majority of those sold. It’s a taste of much more to come! The last thing we saw before leaving was Daisy and Donald greeting at the Curio shop. I love seeing characters just inside the gates of this park. While there are some growing pains these days, we still had a great time visiting and plan to spend more time in the coming months. I think you should too. 🙂