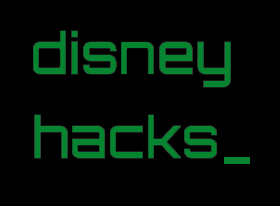 OK, so you know what FastPass+ is, you know how to use it, and you’ve got a pretty good idea of how to get the most out of it? Now you’re looking to crank it up to 11 and take this ninja level, right?

First of all, full disclosure, the glory days of being able to hoard multiple FastPasses and then use them at the end of the day in a headliner free-for-all are unfortunately behind us, and there’s nothing in here that reaches that level of awesomeness. Moreover, everything here falls squarely within Disney’s rules and practices. With that said, information is power, and knowing what it will and will not let you do can help you make the most of it, and hopefully do some things you hadn’t considered.

Split Your Party to Get Hard-to-Get FastPass+ Reservations

Sometimes, you’ll try to make a FastPass+ reservation for an attraction for your group and there’s simply nothing available (this is probably most frequent when trying to make reservations on relatively short notice for in-demand attractions). Before you relegate yourself to waiting in the regular line like a plebeian, you might try splitting your group into smaller groups to see if that changes the availability.

For example, let’s say that you have a party of 4, and you want to experience the Seven Dwarfs Mine Train, but the FastPass+ system is telling you that there’s no availability. It could be that they don’t have an hour of time for a party of four, but they might for two groups of two, or even four single reservations. Accordingly, try breaking your party down into smaller groups and see if that changes the availability. Moreover, those time blocks for the smaller groups might overlap, such that you could still experience the attraction together (e.g., if one window starts at 1 pm and the other starts at 1:30, there is a 50 minute window, including the grace periods, where both groups could ride at the same time).

Granted, this might take some trial and error and shuffling of things around to get it to work, but it could be the difference between being able to FastPass an attraction and not. If a particular attraction is important to you, however — especially one that has the tendency to generate long lines — it can be worth the extra effort.

Little known fact: while Disney cares deeply about the MagicBand matching the person when entering the parks, they really don’t seem to care who is using them when it comes to attractions.

If you’ve got a kid that is too short or scared to ride Space Mountain, you are 100% free to use his or her band to ride it. You can use this little loophole to ride attractions multiple times, or to FastPass more attractions than you otherwise could if the other things you want to do do not require FastPass+.

For example, imagine a family of four at the Magic Kingdom, two thrill-ride-loving parents with two children, neither of which are tall or brave enough to do the “big rides.” The parents could get two  family friendly fastpasses, and then select Space Mountain, party of 4, for the last FastPass. They then go in and swap their children’s Space Mountain FastPasses for Splash Mountain and use them to skip the lines on two headliners rather than just one.

Pick towards end of trip for hot reservations

Here’s the deal: you can make your FastPass+ reservations at midnight 60 or 30 days before your arrival, but, like restaurant reservations, you can make them for the duration of your trip. The net result is that when you log on to make your selections for Day 1 of your trip, people that check in on the days before you arrive have already made FastPass+ reservations for that day. While this isn’t a huge issue for most attractions, when there’s something new and in demand, you might find that there are no times available on day one of your trip at the 60 day mark, or that the times don’t really work with your schedule.

It wasn’t too far in the past when demand for attractions like the Mine Train, Enchanted Tales with Belle or the Elsa and Anna meet and greet was so great that getting on at midnight at the 60 day mark was necessary to reserve the attraction at all, and many people would do just that. Accordingly, you weren’t just competing with the people that had already booked, you were also competing with the other people that would check in on the same day as you and were also online scrambling to get these reservations. While there’s nothing currently at any of the Disney parks that require this level of dedication/panic to get a reservation at all, there are some heavy hitters coming down the pike between the new Frozen attraction, the upgrade to Soarin’ at Epcot and Pandora at Animal Kingdom further down the road, and it would not be unusual to see this level of demand rear its head again soon.

To maximize your FastPass+ options under these sorts of circumstances, book FastPasses from the end of your trip and work forward. For example, if you know you’re going to be at the Magic Kingdom on Day 1 and Day 6 of your trip, try booking Day 6 first to ensure that you’re competing with as few people as possible. Even if there are other people that, like you, hop on at midnight Eastern to make their FastPass+ reservations, they are likely starting from their first day and working forwards, so you’ll have a few minute jump on them to make sure that you get what you want at some point during your trip. Once you have that locked in, you can always go back and change it to something else if you’re also able to get it at an acceptable time earlier in your trip.

Here’s something we do all the time  — let’s say you have a FastPass+ in hand, but you get to the attraction and find it completely unnecessary? DON’T SCAN YOUR BAND. Instead, use the standby line, open the MDE app, and change your FastPass+ to something else. It only takes a few seconds, but could save you significant time waiting at another attraction — and worst case scenario, you’ve essentially bumped up the time to make your first extra FastPass+ reservation.

Indeed, you continue to maintain control of your FastPass reservation until it expires, so even if it’s just that you don’t think you’re going to make it in time, you can also go in and change it to a later time via the mobile app or something else entirely. You’ll have a better selection at that moment than if you wait until your other FastPass+ reservations have expired.

Example: you have a FastPass for Pirates from 10-11 a.m., followed by additional FastPasses at 11 and noon, such that the earliest you are going to pick something else is shortly after noon. When you show up at Pirates, however, you don’t need it. Rather than using it anyway, or just letting it go to waste, you could change it then from your phone to something after noon. Your options will be much better than if you were to wait until your other two expire to snag another FastPass.

This next tip is sort of a niche thing that is very situational, but it’s helpful enough a tip that I thought I’d share it anyway. It is necessitated by Disney’s requirement that extra FastPasses can only be acquired for the park that you’re in, and made possible by the fact that only one person needs to scan their MagicBand to be able to make reservations for the whole traveling party. On our last trip, we spent the morning at Hollywood Studios, with the idea that we’d hop to Magic Kingdom later that evening. When we left, my family went back to the room to rest, but I took a bus to the Magic Kingdom, popped into City Hall to grab everyone a Haunted Mansion FastPass+ for the time we expected to be back, and then made my way back to the hotel. Had we waited until we went back to the Magic Kingdom to get those FastPasses, they would likely not have been available or would have been much later, but because we already had them, we were able to hit the ground running, avoid a decent wait right off the bat and then snag another FastPass+ to save more time later.

Full disclosure, we were staying at the Contemporary, so stopping by the Magic Kingdom was a pretty minor detour. If we were not staying at one of the Magic Kingdom resorts, the detour probably would have taken so much extra time that it wasn’t worth it, even if I was the only one doing it. Like many of these tips, however, it’s a good thing to have in your back pocket if you find yourself in a position to take advantage of it.

You may recall a recent article that I did on how thrill seekers can peacefully co-exist with those that can’t do thrill rides. The reality is that the attractions that generate the longest waits and accordingly that benefit the most from FastPass+ tend to be thrill rides, so if you’re riding them solo without a FastPass, you might be separated from your party for an hour or more.

When in doubt, beg

I will preface this section by noting that I make no warranties that this will work for you every time or even any time. Sometimes, despite your best efforts, something goes awry and you show up to an attraction without a valid FastPass+ reservation for everyone in your party. Perhaps you have family in the area that was able to join you on short notice, or the heavens absolutely open up on your way out the door and you stay at your resort for an extra 45 minutes. As they say, you miss 100% of the shots you don’t take, so you might consider just explaining the situation and asking the Cast Member for a little leeway and seeing what happens. At least in my experience, they seem to have a great deal of discretion to help people when the situation warrants it, and who knows, you might get lucky.

I do want to underscore that I am not suggesting that you just try to talk your way onto an attraction. If you try to walk up with your family and belligerently pretend that you have a FastPass you do not have, they are going to be able to pull up your account and get to the bottom of things pretty quickly.  When we’ve been able to have a Cast Member exercise their discretion in our favor, it has been under circumstances where some of us have a valid FastPass+ reservation, or where we had a valid FastPass+ at one time, but it expired, such that they can verify our story. Moreover, it has been on a high-demand ride where the Cast Member is aware that you going to a kiosk and booking one for later in the day is not an option. We’ve been honest about what happened and above all polite, and we’ve been ready to be told “no.” It is by no means a sure thing, but hey, nothing ventured, nothing gained…

What say you, readers?  Have you used any of these in the past?  Do you have any tips or tricks that I missed?  Please let our readers know in the comments!