In the meantime, there are still plenty of questions surrounding the FastPass+ program as it applies to those not staying in an onsite resort hotel. I’ve spent some more time testing the FastPass+ service and talking to cast members who work with it, and I’m here to report back my first-hand experience with some of the questions raised by our readers.

Note that the following is strictly from the perspective of a local Annual Passholder who has not stayed onsite since FastPass+ testing began, and has not been selected for any beta testing programs. If you previously stayed onsite and still have a MagicBand linked to your admission media, or are otherwise already eligible to use the My Disney Experience app and website to make advance FastPass+ reservations, your mileage will vary.

How busy are the FastPass+ kiosks?

It varies widely. The lines at some, like the Fantasyland kiosks at Mickey’s PhilharMagic, are epic. Others seem to be largely deserted.

Heritage House near The Hall of Presidents is my favorite FastPass+ service area: indoors, air conditioned, and utterly empty every time I’ve visited.

Are all FastPass+ kiosks the same?

Not quite. The permanent kisoks can be used by guests without cast member assistance, but the touch screens are very touchy. The mobile tablets carried by cast members staffing the kiosks can be quicker than self-service, and rumors suggest they may be able to circumvent certain system restrictions (at the cast member’s discretion).

A few FastPass+ locations — notably Sid Cahuenga’s former memorabilia shop at the entrance of Disney’s Hollywood Studios — only have standard iPads running My Disney Experience without RFID scanners, and are only useful to MagicBanded guests eligible to book through the app.

Can offsite guests edit their FastPass+ reservations with the My Disney Experience app (after making them at a kiosk)?

No. You can view your reservations in the app’s My Plans tab if you have linked your account to your admission media, but you can’t change it.

Can offsite guests view their friends’ & family’s FastPass+ reservations in My Disney Experience?

No. I visited with a group of friends, two of whom were staying onsite with Magic Bands, the rest offsite. Those onsite could see each other in My Disney Experience, but not any of the offsites, and the offsites could only see themselves.

Can you make FastPass+ reservations for multiple people at the same time, or does each guest have to use their own kiosk?

No. Just scan all of the group’s passes on a kiosk before selecting reservations, and all the guest’s FastPass+ times will be the same.

Can you change both the time and attraction on an existing FastPass+?

Yes, but you have to change the attraction first, and then the time.

Can you make FastPass+ reservations from a kiosk in one theme park for attractions in another?

Probably not. We’ve had a handful of reports of guests being able to make Animal Kingdom ride reservations from a Magic Kingdom kiosk (for example), but this doesn’t seem to be the rule. Every FastPass+ cast member I spoke to denied that this was doable.

Can you use FastPass+ for parades and fireworks?

Maybe. The FastPass+ flyer distributed at Magic Kingdom specifically mentions reserved viewing areas for Wishes and Main Street Electrical Parade as options, but I was not offered them on any of my visits. This likely will vary with season, day of week, and performance schedules.

Can you use FastPass+ for lunch at Be Our Guest?

Probably not. Be Our Guest lunch service is not listed on the FastPass+ flyer as an option, and it was not offered on any of my visits. If it is offered, it would likely sell out quickly, like its neighbor Enchanted Tales with Belle.

Can you park hop by rescheduling an unused FastPass+ from one park at a kiosk in another?

Again, probably not. I made three FastPass+ reservations in Magic Kingdom, used two of them, then traveled to Disney’s Hollywood Studios. The kiosk at the tip board would display my Magic Kingdom reservations, but would not allow me to edit them. Every FastPass+ cast member reiterated that park hopping is not possible, even though we’ve heard scattered reports of guests able to do it. Note that once the Annual Passholder FastPass+ program is implemented, you will still be limited to 3 reservations per day in one park only.

Should I book a night on-property just to use MyMagic+?

Probably not. Currently, Annual Passholders who have stayed onsite during a MyMagic+ test can continue to use My Disney Experience to make FastPass+ reservations on an unlimited number of days out of the next 60. But when the new Annual Passholder FastPass+ program rolls out in the coming months, users will only be able to hold FastPass+ reservations on 7 days out of the next 60 (calculated on a rolling basis).

In the future, Annual Passholders who have a upcoming resort reservation will be able to book FastPass+ for 7 days, or however long their hotel stay is, whichever is longer. So unless you plan on visiting the parks frequently over the next few months, don’t pay to stay overnight at All-Stars or such solely for benefits that will change soon. 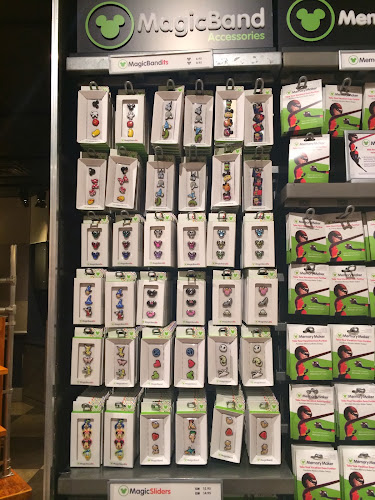 Please share your experiences with FastPass+ as an offsite Annual Passholder in the comments below. And if you have further questions about how the service operates, send them to us, and we’ll continue to test it for you.

61 thoughts on “My Updated Experiences with Offsite Annual Passholder FastPass+”