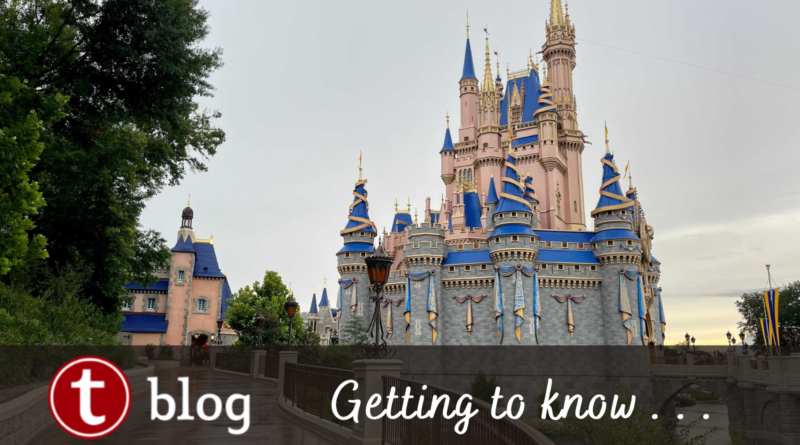 In the five days starting October 19th, our in-parks testing team spent the equivalent of 15 park-days in the WDW parks testing out Genie+. They park-hopped, they rope dropped, they waited way too long in many lines, they live-streamed, and they answered hundreds (hundreds!) of questions. It wasn’t an easy week, and at times it was pretty miserable. But it was a lot of fun too! And we learned a lot. So today we’re going to share the most important things that we’ve learned. Not all of the details, because there will be plenty of FAQs popping up handling that. And not the steps of each of the tests that we’ve run. You can see some information about days one, two, three, and five in earlier articles on the blog. This post isn’t about any of that – it’s about the things that we learned that we think will be the most impactful and help you most in your decision-making about Genie, Genie+, and Individual Lightning Lane purchases.

In our Genie+ vs TP head-to-head at Hollywood Studios on Saturday, we saw an excellent display of how to use Genie+ and Individual Lightning Lane Access (ILL) to complete a lot at Hollywood Studios very quickly. And it “only” cost $40 on top of park admission. $40 doesn’t seem like a lot – people can justify it as “worth it” to do everything in Hollywood Studios in less than 7 hours, even while having a slow start to the day.

But this performance comes with two asterisks that we haven’t covered thoroughly. The first is that in order for the pay-your-way strategy to pay off, it requires strategy and quite a bit of brain power. You have to know which return times to reserve first and second to make the most of your day, and what to scoop up as you go along. And then Genie doesn’t remind you when your return time windows open, so you have to plot out how to go about using everything and not forgetting everything. You still need information and knowledge about what to get, what to use, and what attractions or shows to do while you wait for your return times to open. We’re building up that knowledge base and will have more recommendations to make as we gather more data.

The other is that the $40 per day is based on current costs, and it’s for a single person. Specifically at Hollywood Studios, the Rise of the Resistance ILL is selling out around 9 am every day. And this is in low crowd season. Disney could easily raise the price (significantly) on this single ride and make a lot more money while still probably selling it out every day. Supply and demand. Demand is huge, and Disney has room to move the needle. I wouldn’t be surprised if they did it. And then there is the matter of party size. I have a family of four. So I have to multiply those costs by four every time. If Disney bumps up the ILL for Rise to $25, that means a pay-your-way $50 day turns into a $200 day for my family (plus tax!!). I could do family breakfast at Topolino’s Terrace for that. We had a question about a party of 25 being able to make return times together. That’s a $1,250 day (on top of park tickets). We’ll be doing a fun chart of Genie+/ILL costs and party sizes with other Disney experiences of equivalent cost to help you think through the trade-offs.

Genie+ Usefulness at Each Park

It’s only been a week, and crowds have been pretty mild, but we’ve started to see some patterns that can help inform which parks might be more suited to Genie+ use than others.

At the bottom of the list is Animal Kingdom. Easily. By a long shot. I would personally never pay for Genie+ and Animal Kingdom, unless I was visiting on a Crowd Level 10 day. Which I wouldn’t do. I can definitely see a case for purchasing ILL for Flight of Passage in a variety of conditions. But the attractions on Genie+ that attract long waits under normal conditions are … Kilimanjaro Safaris and Na’vi River Journey. I’ll time my visits to those attractions carefully, and leisurely visit the rest of the park.

Next would be EPCOT. We already know that the strategy of which Genie+ return times to get and remembering when to use them is tricky. Multiply this by the long walking distances between attractions at EPCOT. You don’t want a 2 p.m. return for the Seas when your Remy boarding group gets called at 1:30. That’s a LONG walk, and potentially something that you can’t control. It can be helpful on higher-crowd-level days. But I’m personally still not balking and buying until something like a crowd level 7 or above.

Which Return Times to Book First

Let’s talk high-level 7 am strategy first. If you’re a resort guest, here’s what my priorities would be, assuming you’re trying to book every possible thing:

That same strategy holds if you’re not a resort guest, but you won’t be eligible for step 3 until the park you’re visiting opens for the day.

What about some specific attractions?

In our Genie tests at Magic Kingdom and Hollywood Studios, we got pretty frustrated with the “free Genie” day plans. They weren’t intuitive. But that meant that our team of clever humans figured out some tricks for forcing Genie to be slightly less awful.

Evaluating Genie Based On Its Claims

Back in August, when Genie was “officially” announced, there were a lot of lofty claims made about what it did. We’ve only gotten a few days of testing in, but we can start to make some initial evaluations of what it claimed and how it’s working in the real world. All quotes here can still be found on Disney’s Genie site as of October 25th.

Overall, there have been positives and negatives in our testing this week. Genie+ and Individual Lightning Lane Access can most certainly be useful (if expensive), but free Genie is going to be hard to defend. Did you experience either in the first week? Or do you have questions that you’d like us to answer? Let us know in the comments!

32 thoughts on “Genie Testing: What We Learned That You Need To Know”