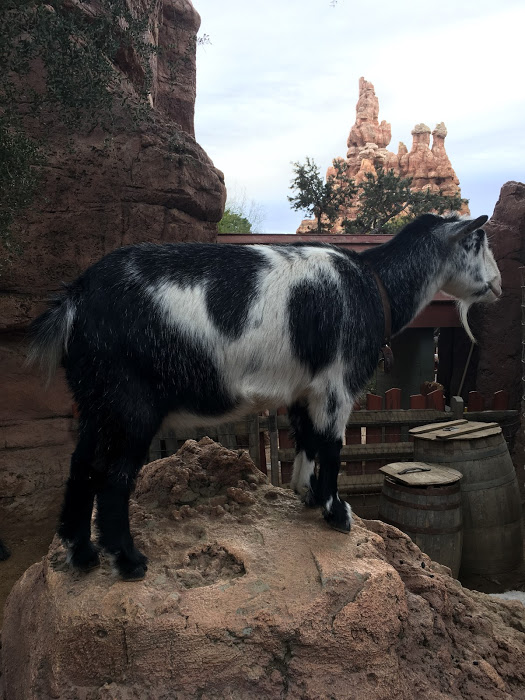 In my professional opinion, one of Disneyland’s greatest assets is its deep bench of minor attractions that can be enjoyed by all ages, to balance out the heavy-hitting E-Ticket rides. Accordingly, ever since I began working on the Unofficial Guide to Disneyland, I’ve been advocating for Big Thunder Ranch‘s goats as the park’s greatest under-the-radar treasure. This year, I’ll have the sad duty of deleting all references to the Ranch from the next edition of the Unofficial Guide, as the petting zoo (along with the adjacent barbecue restaurant) ended operations for good at 4 p.m. on Sunday, January 10, 2016. Of course, I had to be there for Big Thunder Ranch’s closing day — along with every annual passholder in California, apparently — to witness the end of an era.

I was wise enough to get my final scritchings in with Big Thunder Ranch’s whiskered stars on Saturday, since I knew the competition to get “last petting” bragging rights would be intense among goat groupies. Even on Saturday, the Ranch was busier than I’d ever seen before that weekend. 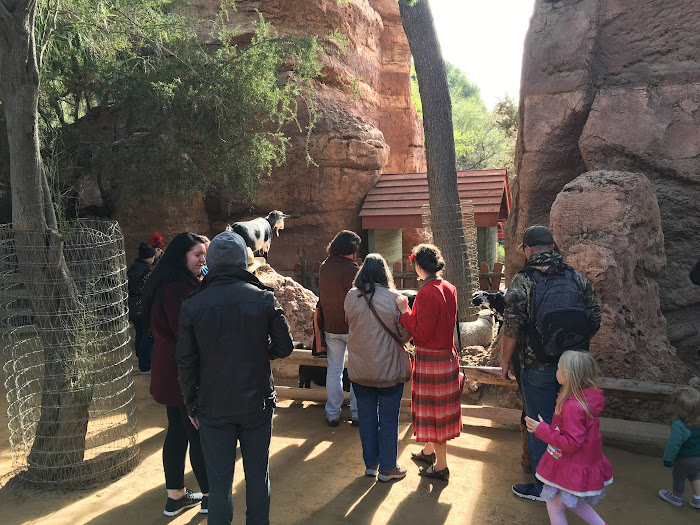 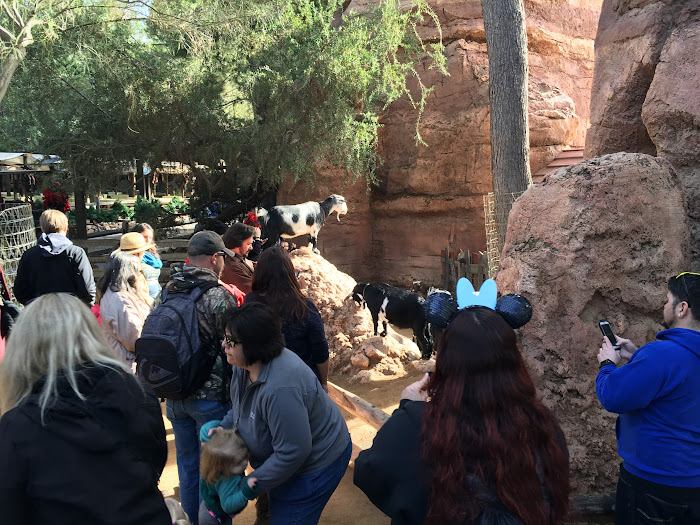 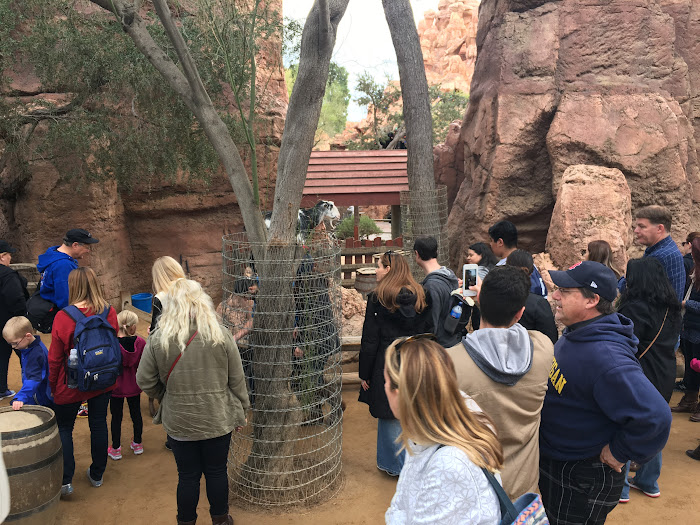 A number of the goats seemed to have gotten tired of the tourists and decided to go rock climbing instead. 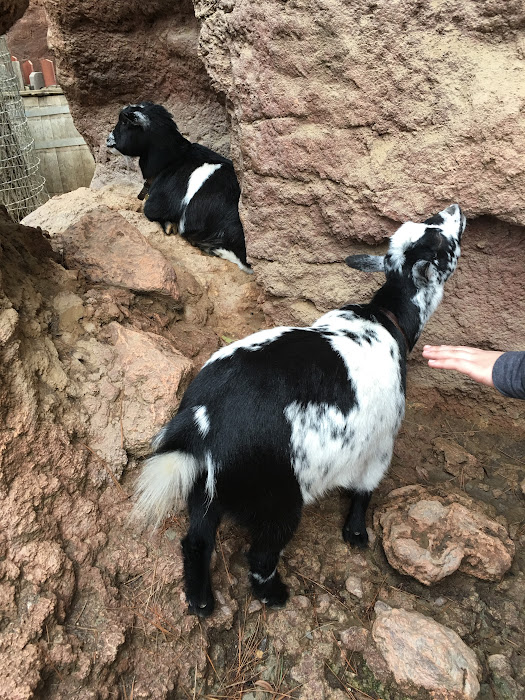 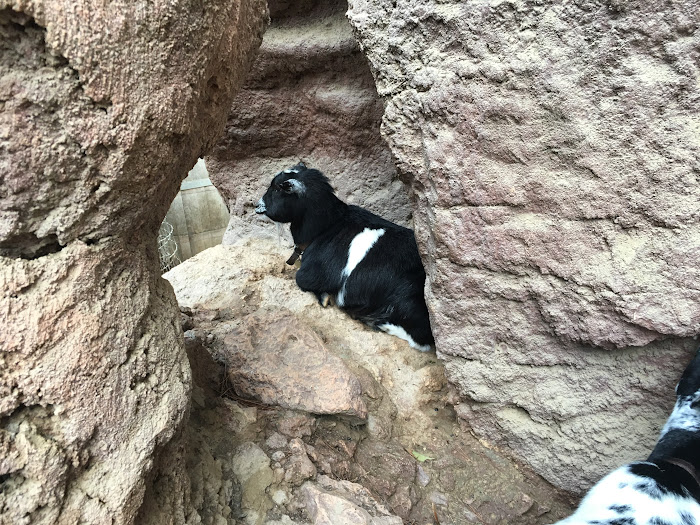 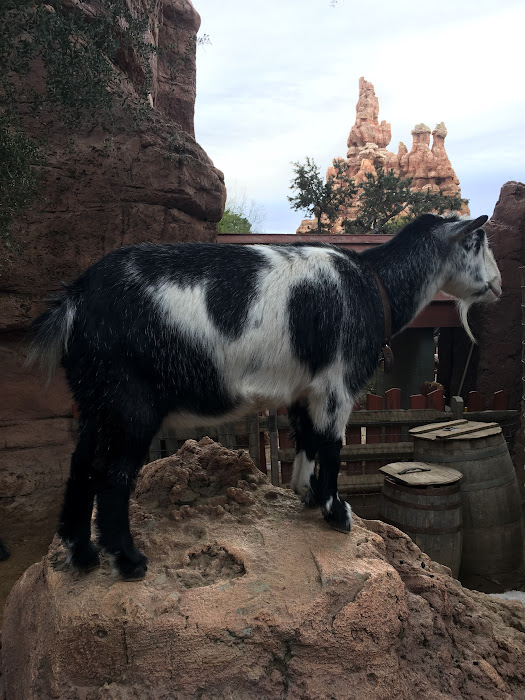 I’m really going to miss my photo sessions with these guys. That’s one photogenic goat! 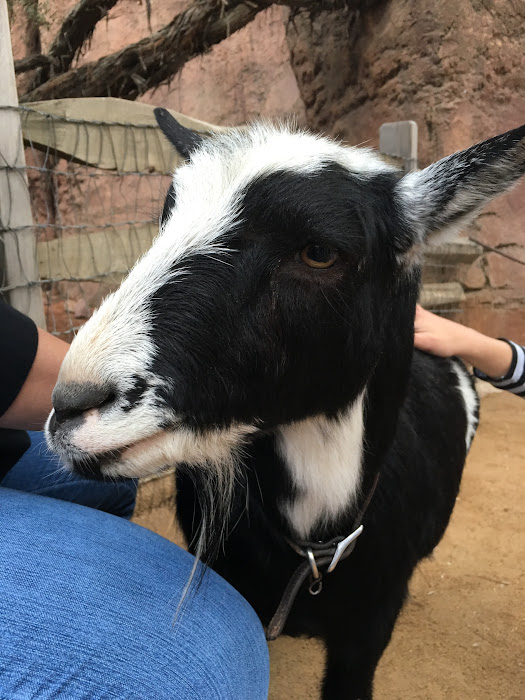 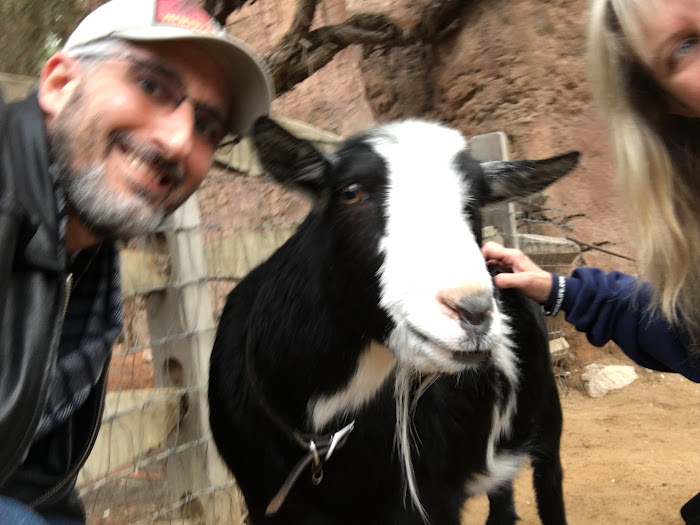 The penultimate “running of the goats” — a daily ritual where the animals are led backstage to their homes — attracted what I thought at the time was a huge crowd. 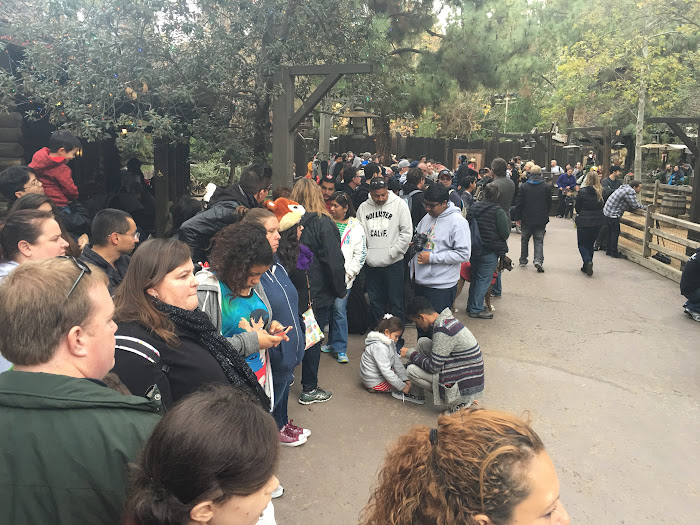 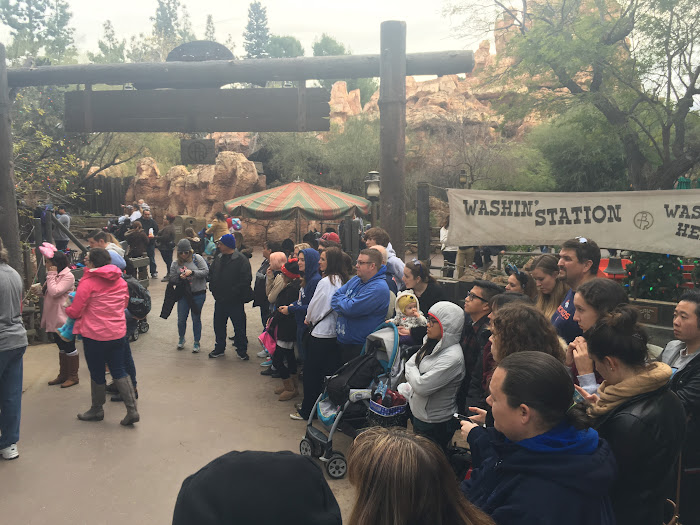 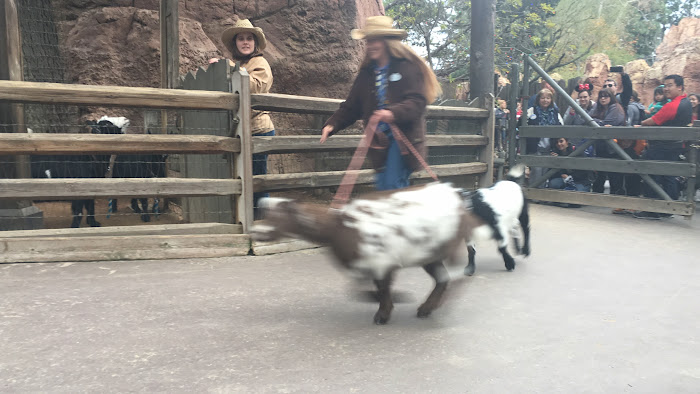 Here’s a front row view of the next-to-last running of the goats that I shot in 4K video. (Sharp eyed theme park fans might notice notable video-blogger Adam the Woo in the crowd.):

If I thought that Saturday was crowded, Sunday was the Big Thunder Ranch equivalent of New Years Eve in Times Square. The line to be let into the petting enclosure was over half an hour long, and a thick wall of fans lined the goat running path on both sides, desperate to film the final parade. 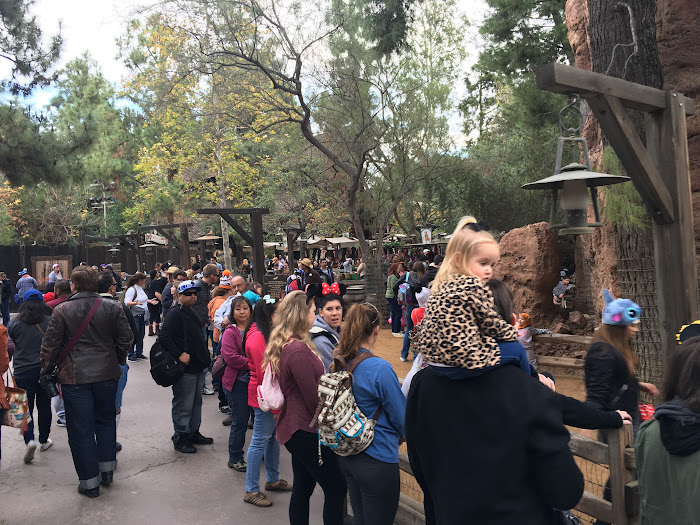 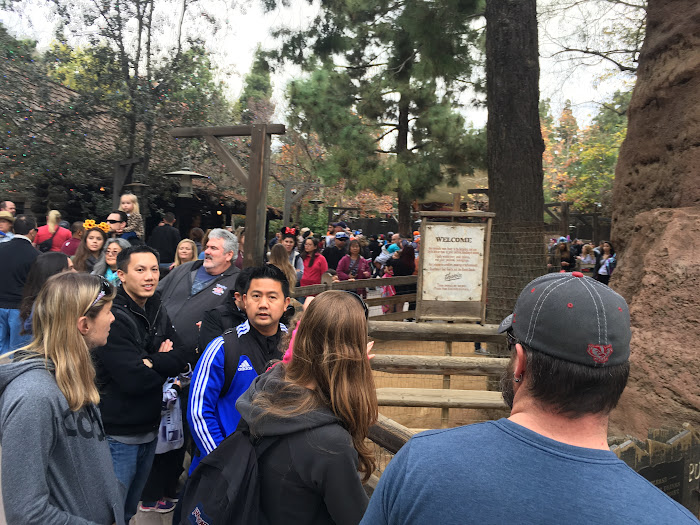 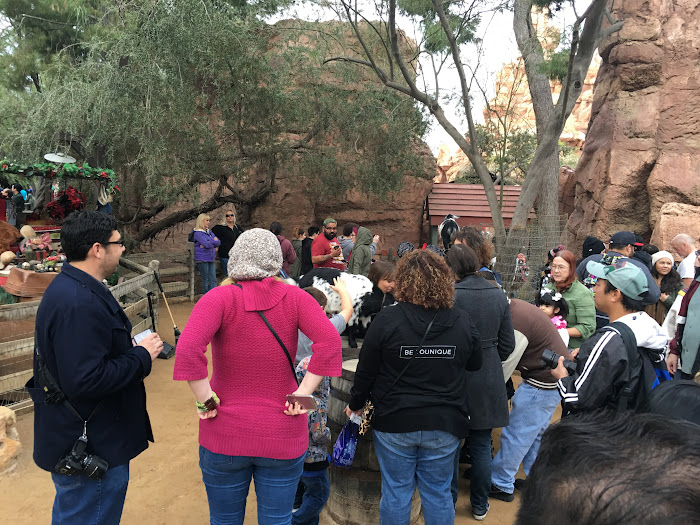 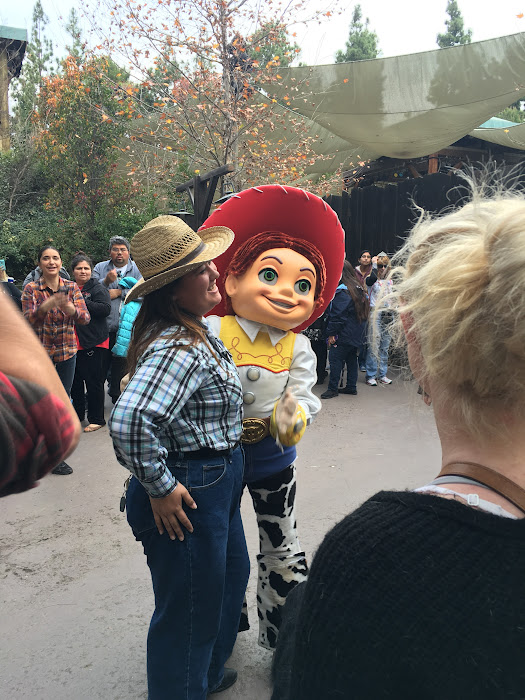 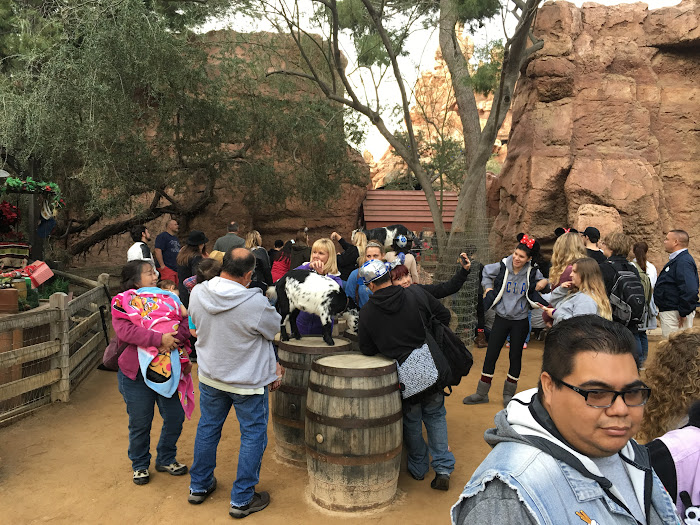 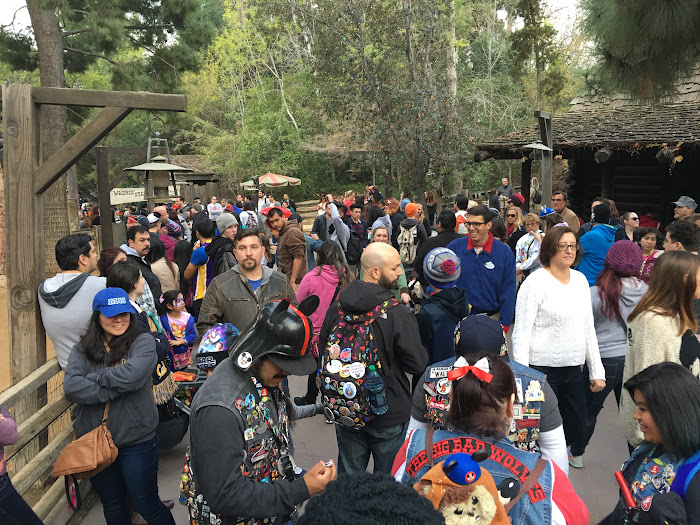 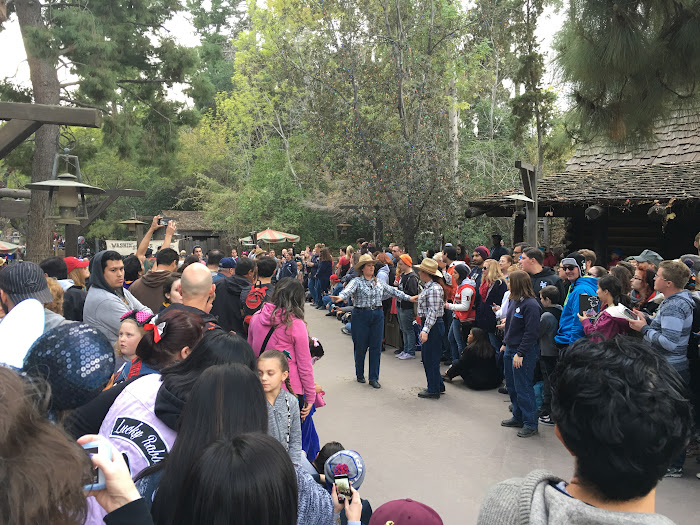 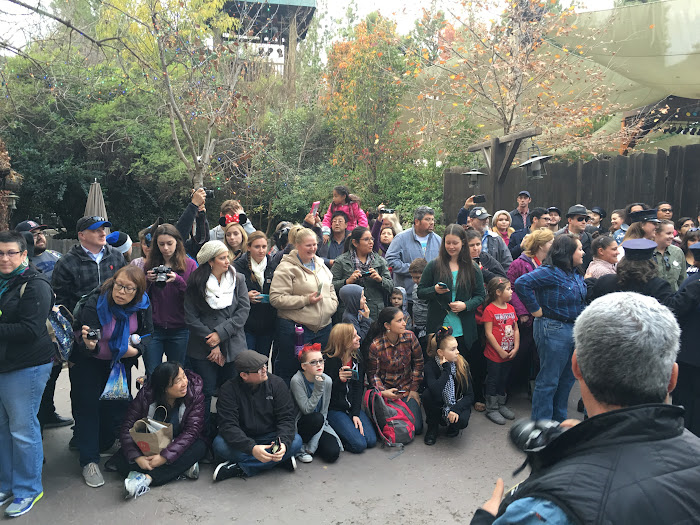 Here’s a low-res archive of the Periscope feed I broadcast, documenting the final minutes before Big Thunder Ranch’s closing:

Last but not least, here is the grand finale: the last running of the goats ever on Disneyland’s Big Thunder Ranch closing day, again available in 4K: 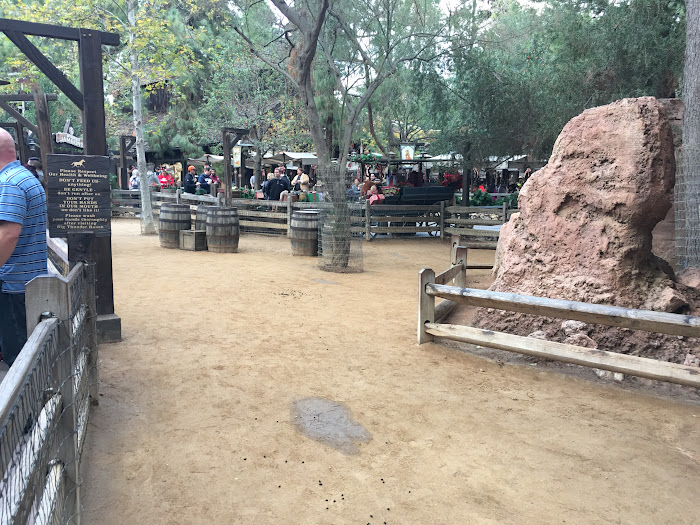 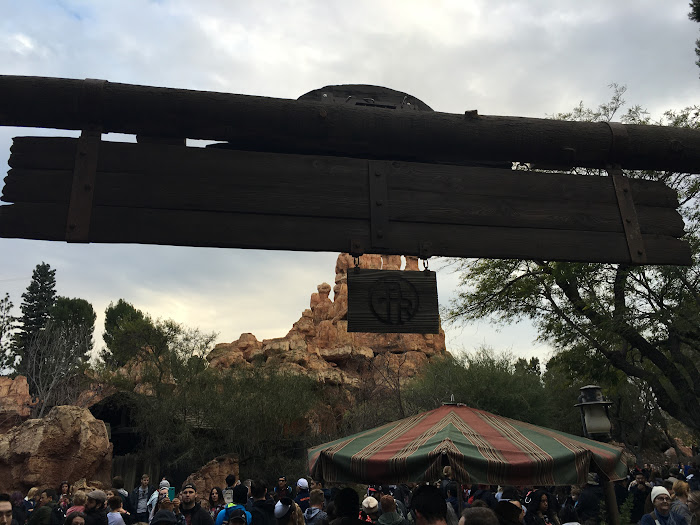 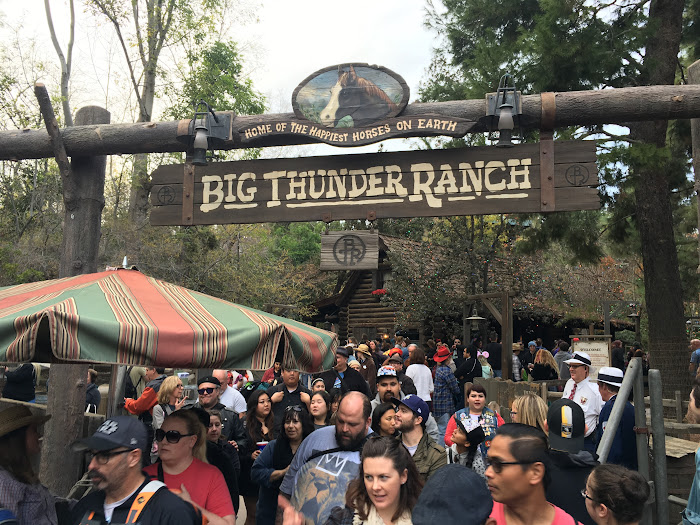 Thankfully, ranch’s human cast members will all be redeployed around the resort, and it’s hairier employees will not end up an entree at nearby Ghandi Palace buffet. They have been relocated to a farm in Murrieta, California, where they will join other retired Disneyland animals. You can learn more in this official video:

I’m not opposed to change, and ultimately there were more efficient uses of space in Disneyland’s limited boundaries than this low-key, low-capacity diversion. Similarly, the Big Thunder Ranch Barbecue was long one of our picks for a best value among Disneyland dining, but was rarely as popular as other park restaurants…at least not until its end was announced, when hundreds of people seemingly discovered it as their all-time favorite.

Further, I’m extremely excited to travel to a galaxy far, far away when Star Wars Land — the reason for Big Thunder Ranch’s demise — eventually opens. I only hope that in between the First Order battles and Millennium Falcon blast-offs, there’s room in the new area for something quiet and gentle that both grandparents and grandkids can enjoy. Is a Bantha or womp-rat petting zoo too much to hope for?

In the meantime, I’m going to pour one out for my goaty friends now gone. To Bernard and Bianca; Lilo and Stitch; Lock, Shock, and Barrel; and all the rest of my barnyard buddies: enjoy your well-earned rest. Your smiles — and smells — will live in our hearts forever!