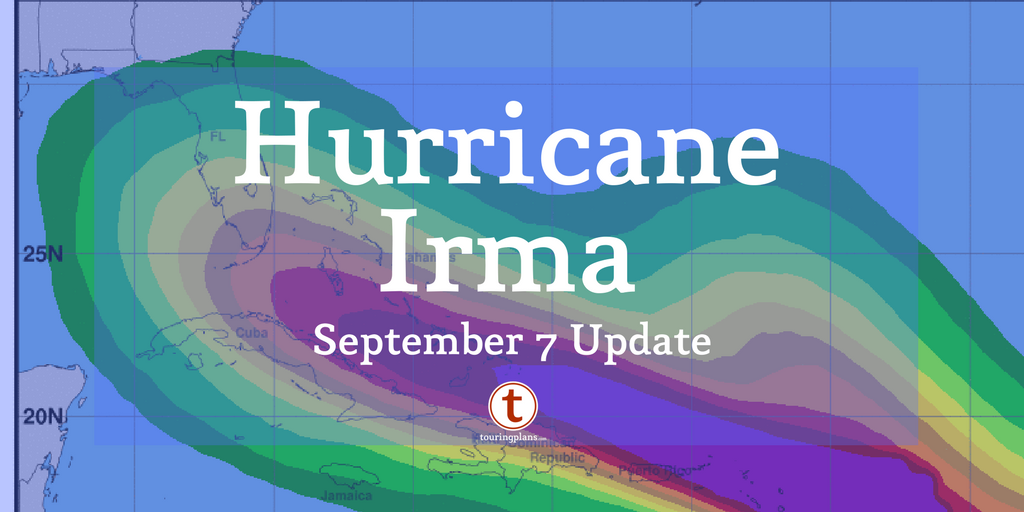 Orlando International Airport will close at 5PM on Saturday . The airport is also on Twitter at @MCO. You should contact your airline for information on other cancellations.

Central Florida theme parks are operating normally for now, though guests are able to cancel their plans without penalty. Because of heavy call volume, some guests are being to routed to the general information operators when they phone with questions about their trips which has resulted in conflicting answers about cancellations. We’ve confirmed with multiple travel agents that Disney is not charging penalties. If you’re booked under a promotion like a free dining offer this week and reschedule, you may not necessarily be able to get it again. It’s technically based on availability. We at TouringPlans simply do not know how Disney will handle these situations. If you get an answer, please leave it in the comments.

Castaway Cay in the Bahamas could see damage today.