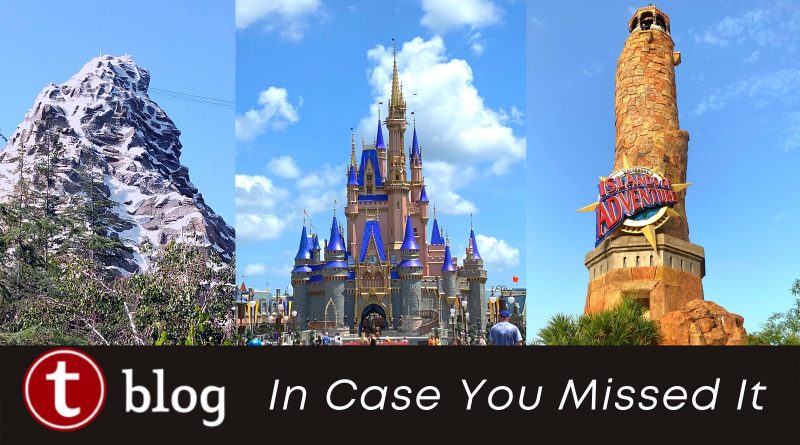 Today is September 11 and on this somber day, we honor and remember the lives we lost 19 years ago. We will never forget their sacrifice.

This week, learn what Disney Parks/Disney+ show you’re not going to want to miss, find out which holiday event got cancelled, and more.

Well, this weekend was certainly a busy one for Walt Disney World and Universal Orlando, as the parks officially hit capacity.

Sad news. Disneyland has cancelled their version of Candlelight Processional this year.

Well, it’s something. Disney expects to have reopened a little over 50% of its hotels by the end of the fiscal year.

Ever wonder how Eric Idle filmed the moon scene as part of Journey Into Imagination? He shared the details on Twitter.

D23 is going to hold the D23 Halloween Mousequerade! It will be a virtual costume contest where contestants can create their best Disney-themed, original costume and enter for a chance to win a $500 Disney Gift Card! Sounds like fun! Who’s ready to get creative?

Disney is pleased with the viewership of the live action Mulan, given the fact that it’s the first time they’ve ever released a film like this. However things are not as smooth as they had hoped they would be with the release. Did you catch the film this past week?

This has me excited! A Disney+ show that takes us behind the scenes of Disney’s Animal Kingdom?! This is the content I signed for Disney+ for! I am 100% all in on this one! What about you?

Clouds, an original movie for Disney+ will be streaming on October 16. Take a look at the trailer and let us know what you think.

What did we miss? Attach your ideas to a The Haunted Mansion Salt & Pepper Shaker Set and send it to blog@touringplans.com with the words “In Case You Missed It” in the subject line.