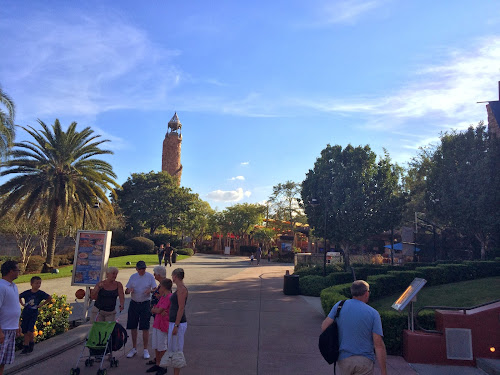 Over the past week, I logged over 18 hours and 40,000 steps (thank you, iPhone 5S motion sensor) exploring what’s new at the Universal Orlando Resort. To save you the shoeleather doing the same, here’s a super-sized photo essay of my observations from Universal Orlando’s Islands of Adventures and Halloween Horror Nights between Wednesday, October 16, and Sunday, October 20, 2013.

I started the evening of 10/16 with a lap around Islands of Adventures to see what guests purchasing the Scream Early ticket option experience.

Here’s a look at the future Starbucks inside Islands of Adventure’s Port of Entry. This area is the equivalent of the Magic Kingdom’s Main Street, U.S.A., but I haven’t heard any controversy in the online community over this mermaid invasion…

Wait times on Thursday were light, typical of late-afternoon on an off-season weekday. 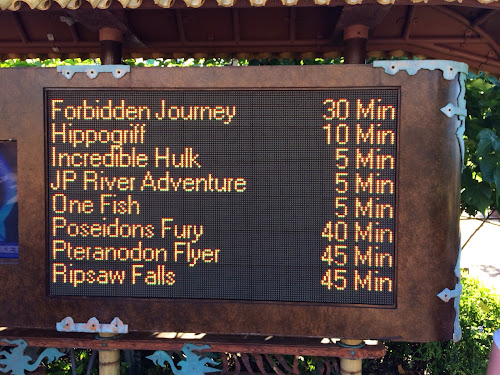 I’m sure everyone will be overjoyed to learn that Orange Coke and the 99+ other Freestyle flavors are now available inside the Captain America Diner. 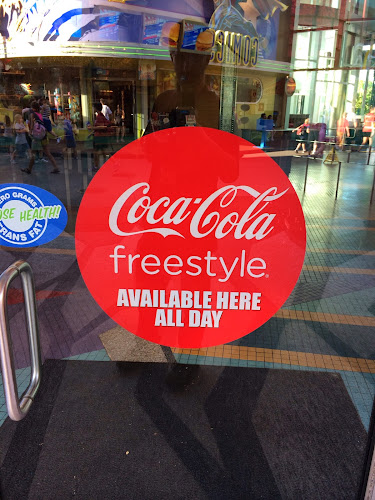 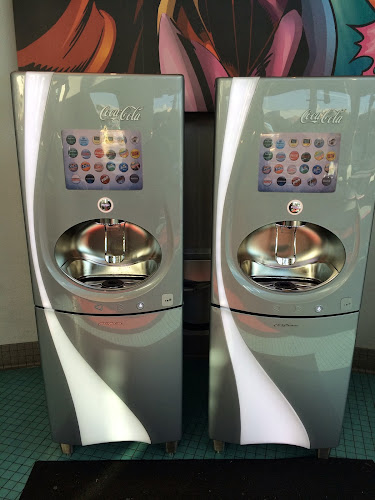 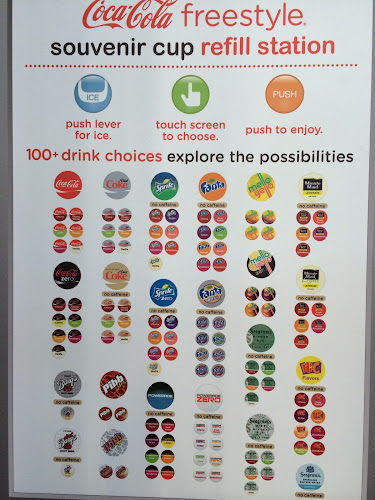 Want a cheap hotel room with an amazing view? A tiny number of rooms in the new Cabana Bay Beach Resort will apparently look right over the gate between Toon Lagoon and Jurassic Park.

Speaking of Jurassic Park, if certain rumors pan out, look for major changes to this transition area in the next year as room is made for the return of King Kong.

The first phase of Jurassic Park’s multi-year makeover is this row of carnival games, which will replace the ones that are closing shortly in the Lost Continent.

Next, a quick stroll over to Hogwarts:

I’ve been impressed to see the improvements being made to Forbidden Journey over recent months. The projection screens are noticeably brighter and sharper, vehicle movement is smoother, and all the physical effects seem to be in working order.

The new interactive Marauder’s Maps we recently reviewed are on sale at the ride exit.

Here’s the most exciting moment of this update: the ticket and stroller center for the Hogwarts Express station has gone vertical! 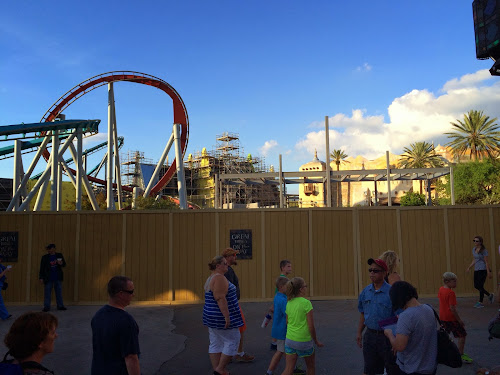 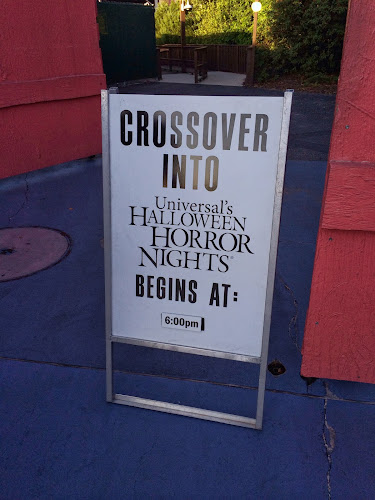 The gate in Seuss Landing (between Circus McGurcus and One Fish, Two Fish) leads to a long, unglamorous backstage path that deposits HHN guests outside the Blue Man Group theater. 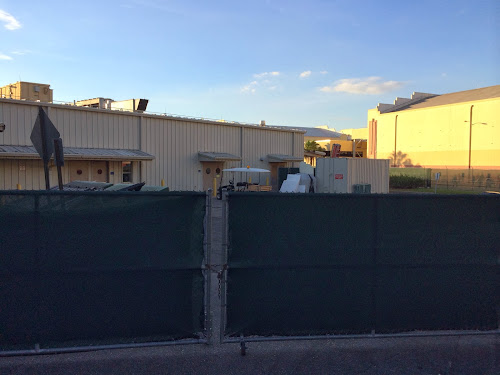 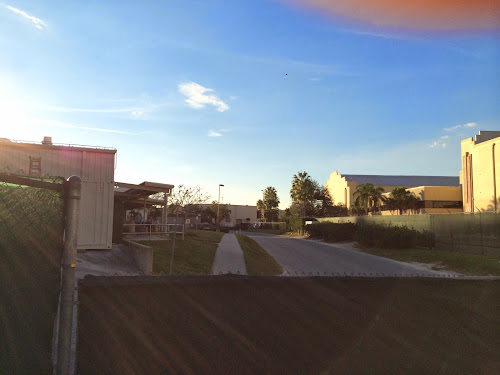 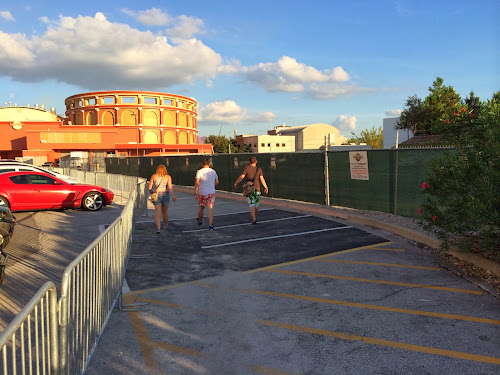 Unfortunately, the path ended in a short but extraordinarily inefficient security checkpoint that took longer to clear than the typical general admission check. If using Scream Early from IOA, either line up early at the crossover gate or leave IOA through the main exit and use USF’s front gates to enter HHN. 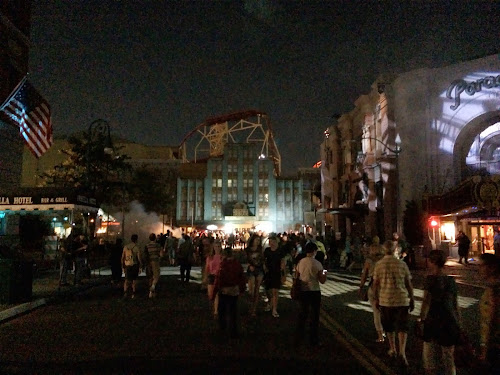 After disappearing a few weeks ago, Chief Wiggum’s cop cruiser reappeared with a new paint scheme. 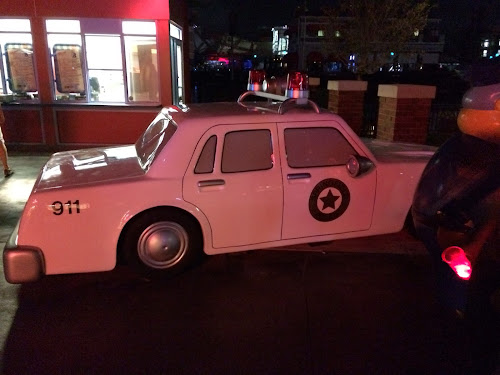 Universal continues to “plus” the event with welcome attention to detail:

I spent several hours on 10/16 with some Baccanoid team members from the Legendary Truth alternate-reality game, trying to achieve our Bravo “badges” (due to some bugs, I’m still working on mine…).

When it’s time for a dinner break during HHN, I’ve been defaulting to the new Simpsons-themed Fast Food Boulevard. Tonight’s dining choice: the Basket of Bait!

The “walker bomb” trucks are one of my favorite additions to this year’s street entertainment. You never know when or where one will turn up with an undead cargo. 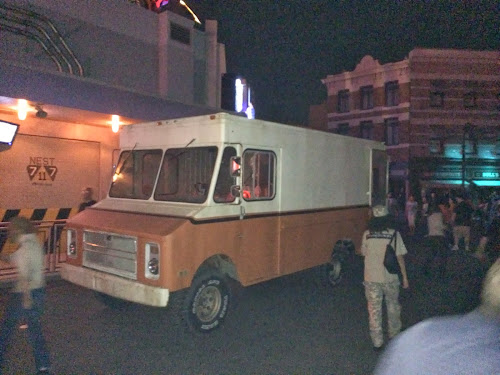 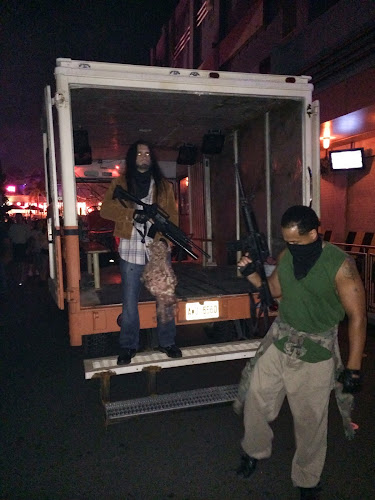 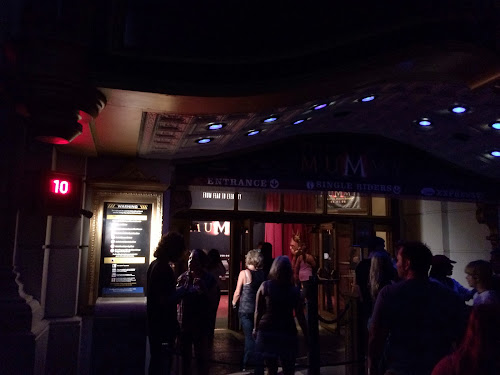 On the following night (Thursday 10/17) crowds were even thicker: 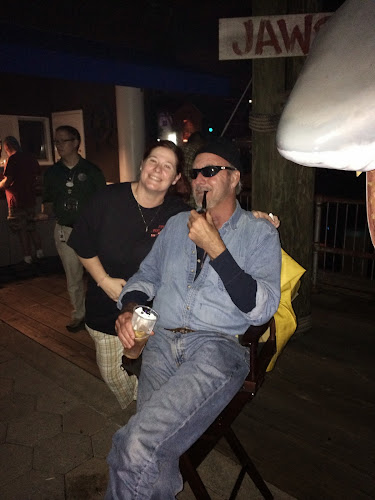 Tonight’s dinner is brought to you by Bumblebee Man’s Taco Truck:

Our final installment covers Sunday 10/20, which was also busier than expected, thanks in part to a special discount offered to UCF students.

My last HHN visit of the weekend was also largely spent playing Legendary Truth. Sunday’s mission was to experience as many houses as possible together in a tight group. Not easy on a night when wait times topped 120 minutes!

Nothing like ending your evening with a slice and salad at Louie’s, right? Unless…

Finally, we finish this report right where it began: with a Starbucks. In CityWalk, construction is going full-tilt on a new seating area next to the existing Starbucks (directly above the new pizza restaurant that is replacing Pastamore’s quick service counters). 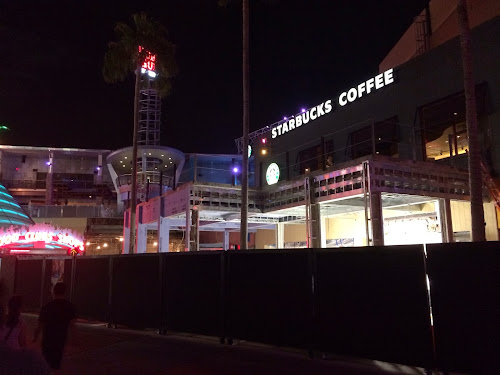 Right next door, a new Starbucks is replacing the Endangered Species store. 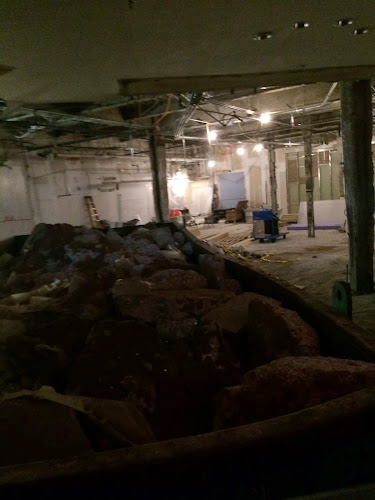 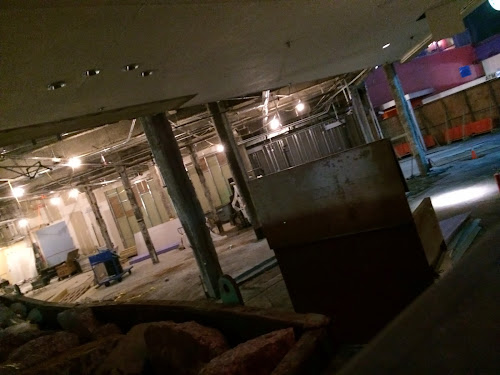 Now if you’ll excuse me, for some reason I feel the need for a latte…