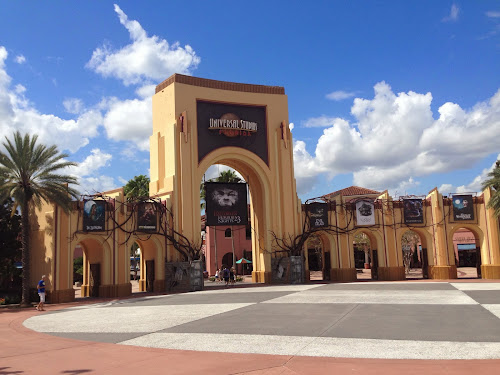 Weekday afternoons during mid-September are some of the most wonderfully crowd-free times to tour the Universal Orlando Resort. So last Thursday I stopped by Universal Studios Florida for a few hours to take one last look at the park before Halloween Horror Nights XXIII began on the following night.

(Fear not, we’ll be posting an updated HHN touring plan later this week in time for the next event night, based on wait-time data we collected during opening weekend. And we’ll continue refining the plan as the event progresses into October.)

Approaching the park you are now greeted by massive “tree roots” entwined around the iconic archways, framing banners representing the haunted mazes featured at HHN XXIII.

Once through the turnstiles, I noted that Despicable Me: Minion Mayhem, which drew triple-digit wait times all summer, had only a 35 minute posted wait, confirming it as an exceptionally quiet day to visit.

So I was somewhat surprised to see the Studio Brass Band out entertaining in the afternoon. It’s nice to see that little live shows like this aren’t being eliminated in the off-season.

In case you weren’t aware of HHN, USF has plenty of signs to inform you. 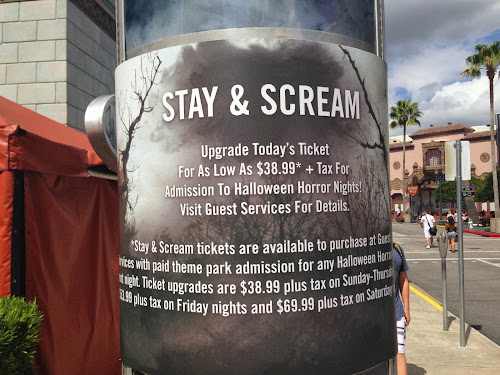 At the end of the Hollywood area, you’ll find this imposing structure. Luckily for the squeamish, the barn seen in season 2 of The Walking Dead is sealed during the day, and the gory tableau behind it concealed under tarps.

Heading into Springfield U.S.A. (which still is not identified as such on park maps) I was sad to see that Chief Wiggum’s cop cruiser has been removed. Previous barricades were erected around the car in an attempt to keep guests from climbing on it. Hopefully it isn’t gone for good.

I stopped into Fast Food Boulevard for lunch and encountered the longest queue I would see all day, though it only took a little over 15 minutes to make it to the food ordering area. (It appears guest flow is less than optimal since the checkout cashiers rarely had a wait; the bottleneck appears to be at the popular Krusty Burger window; perhaps if guests desiring one of the other options were permitted through, the queue would move quicker.)

I selected Luigi’s “meat liker’s” personal pizza, one of the few entrees I hadn’t already tried. The crust was asymmetrically hand-shaped but evenly cooked and agreeably chewy, preferable to the other pies available in the park, though the cheese is a bit skimpy and the sauce is predictably bland. The thin-sliced pepperoni is standard-issue, and as an agnostic Jew I can take or leave the tiny bits of diced ham. But it’s the well-seasoned crumbled Italian sausage that sets this pizza a step above Universal’s other quick-service slices. 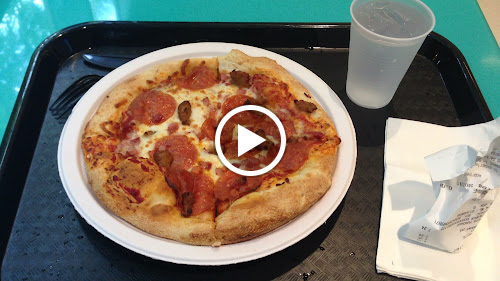 Exiting the eatery, I noticed these colorful stars that were recently added to the pavement, in keeping with the Krustyland carnival theming. 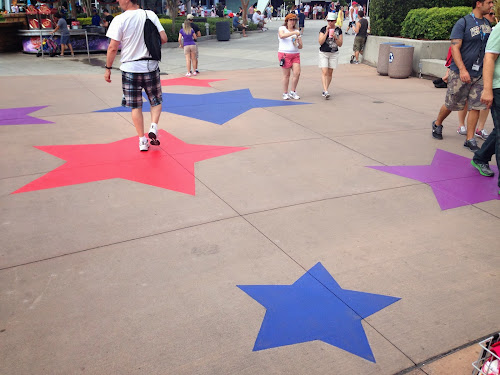 Next stop: a spin on MEN IN BLACK Alien Attack, which was literally a walk-on (not a single person ahead of me) via the single riders line. Not a bad score, but far from my best work…

If you are too scared to attend HHN but want to dress like you did, you’ll find a full selection of Halloween shirts and souvenirs inside the MIB Gear gift shop. 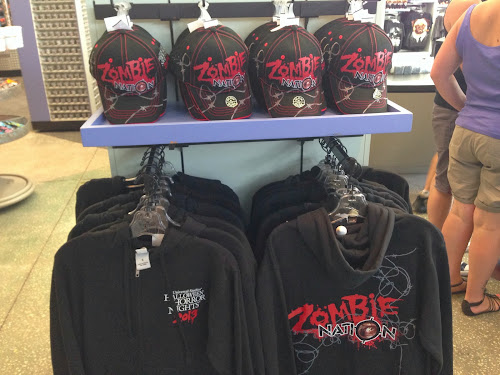 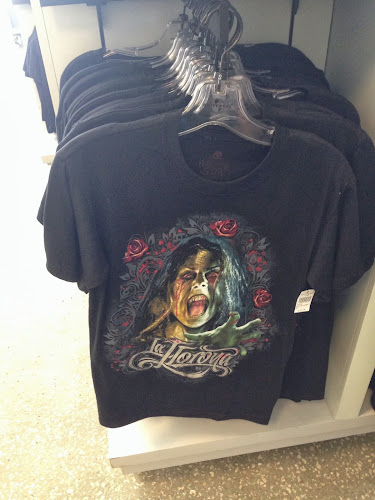 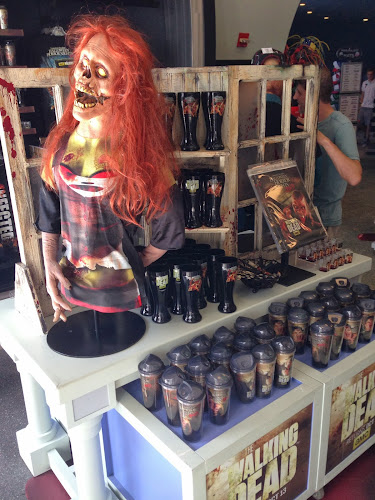 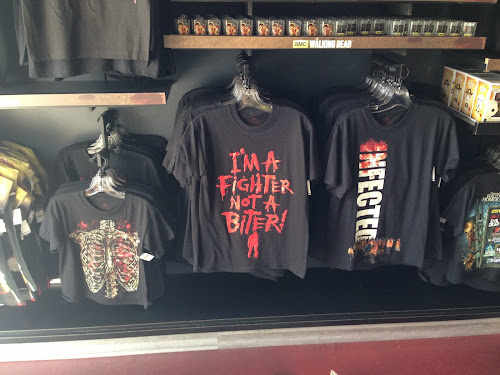 Now we come to the most important part of our tour: a look at the progress on the London Waterfront, future home of The Wizarding World of Harry Potter: Diagon Alley. 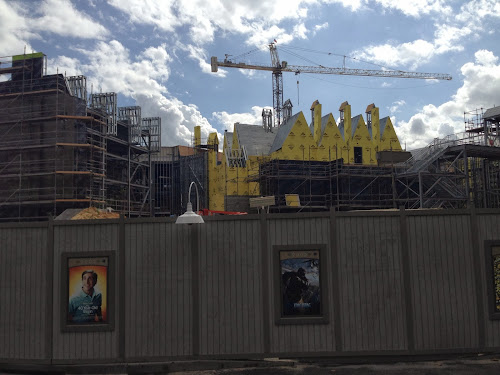 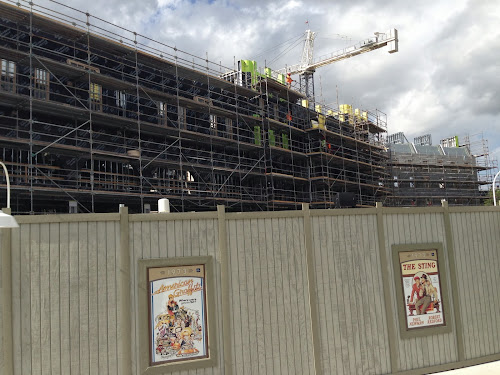 At the transition between London and San Francisco, near the exit of Disaster!, you can spot the elevated track that the Hogwarts Express train connecting the two parks will run along.

Finally, coming through San Francisco, it started to drizzle. Up ahead I sighted salvation: Transformers: The Ride 3-D with only a 20 minute wait!

I survived yet another encounter with the Decepticons and am happy to report that all effects in the ride (including the occasionally-balky fog blasts) were working beautifully.

Unfortunately, as I emerged from the Supply Vault an intense downpour made me decide to cut short my visit. Accompanied on the trudge back through CityWalk by dozens of drenched tourists, it was apparent I wasn’t alone. But those who stuck around on that wet, windy afternoon must have had the park practically all to themselves!