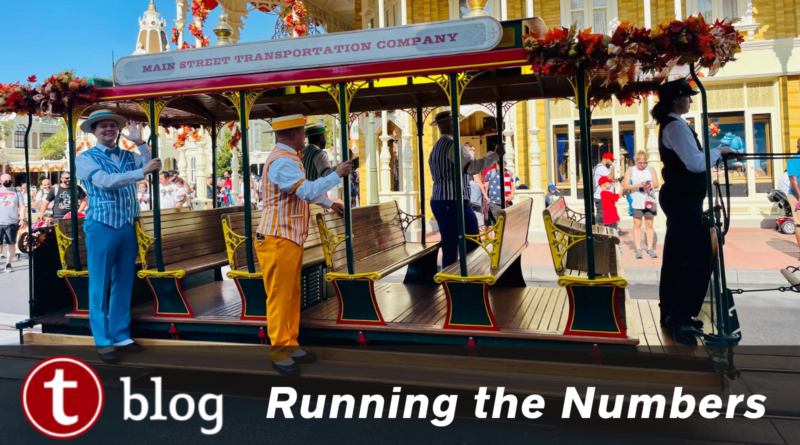 Last week, signs went up around Walt Disney World converting old FastPass queues into Lightning Lanes. So crunch time is upon us – this isn’t a drill or a joke; Lightning Lanes are happening. And in order to be in that Lightning Lane, you’ll have to be paying for Genie+ (or have a kid to swap or a DAS reservation). Maddening. The whole idea that you’d have to pay a Genie to get your wishes … nonsensical. But this is the world we live in.

So how can we make the best of these new rules? We have to figure out whether Genie+ is worth what it costs to use. We know that it will cost $15 per person, per day (and certain high-demand rides will cost more for individual access). We’ve already analyzed what might at happen at Animal Kingdom, EPCOT, and Hollywood Studios. At Magic Kingdom, where the largest number of attractions qualify for Genie+, this “per person” stipulation is of particular importance. There are many family-friendly rides that qualify for Genie+, so the multiplication of the Genie+ cost for a whole family is more obvious. For example, my family of four has to give up $60 to use Genie+ for a day. $15 doesn’t sound terrible, but I can get a good meal for $60, even at Disney prices. Is that a budgeting trade-off I’m willing to make? Maybe. But I want to do the math first and see what I’m getting.

For this series of posts, we’re assuming that the financial break-even point for using Genie+ is saving an hour of wait time. Because if you have a one-day ticket, on average you’re spending about $15/hour on your park ticket. That price per hour goes up if you only spend a few hours in the park each day. Or it goes down if you buy multi-day tickets. So it’s an average – a benchmark.

How do we figure out how much time you might save with Genie+? We use the only data we have so far, which is FastPass data. 2019 was the last full calendar year that FastPasses were used. If we can get all of that data, and assume that Genie+ availability, capacity and use are similar to FastPass+, then we can make some educated guesses about how much time we’ll be able to save.

I pulled all submitted actual wait times from 2019. This gives us a lot of data points – not just how long the wait was, but also whether it was standby or FastPass, what day and time the wait was from, and what attraction the wait was for. I can then group all of that data based on what the crowd level was and what part of the day it was. That means I’ll have average standby and average FastPass waits for every attraction that was open in 2019, in the following 9 conditions:

For each condition, I can calculate, on average, how much time you might have saved by using FastPass+ at each attraction. And then we can add all of that up for a full day of touring and hypothesize whether paying the $15 (per person) is worth the potential time savings.

A few notes about how to interpret these wait time savings tables. Wherever you see a question mark, that means that we either don’t have any FastPass data about that attraction, or we don’t have enough to make a statistically valid claim about the time saved using a FastPass versus waiting standby. Anything attraction that appears in the table is a Genie+ potential ride. The gray attractions at the bottom are some (educated) guesses about which attractions might require “individual access” (aka, paying more) and therefore wouldn’t qualify for Genie+.

Now that we’ve explored the potential for Genie+ at every park, what are your opinions? Are you going to avoid Genie+ no matter what? Or are you likely to give it a try in certain situations? Let us know in the comments!

28 thoughts on “Potential Usefulness of Genie+ at Magic Kingdom”