It’s been a couple weeks since our last PotterWatch look at Wizarding World of Harry Potter progress around Universal Orlando. While visible exterior changes are not as dramatic as as they were in earlier months, we can definitely see that the project is gaining new details as the expansion’s summer opening approaches. Enjoy these Hogsmeade Station and Diagon Alley construction photos from a few days ago, followed by a survey of the latest Potter rumors circulating on the net.

This is Universal Studios Florida‘s London Waterfront facade, behind which hides Diagon Alley, as it looked on April 7, 2014. 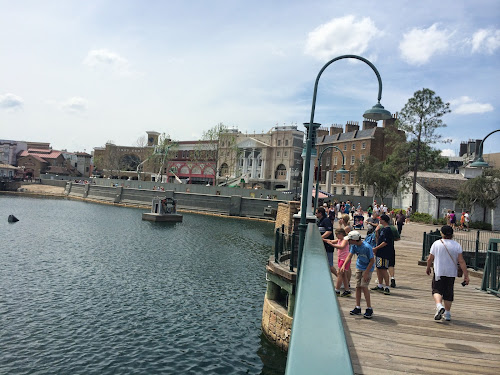 Note the trees that have been added to the area in front of the facade. 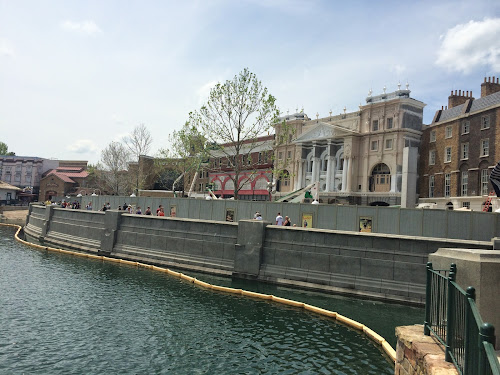 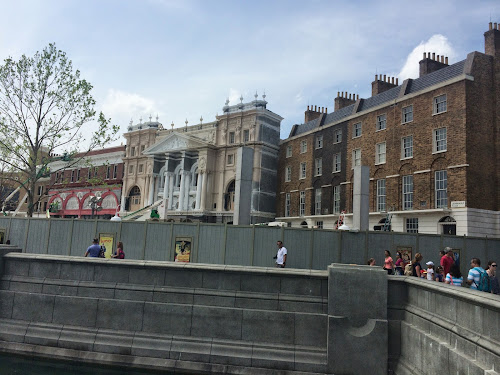 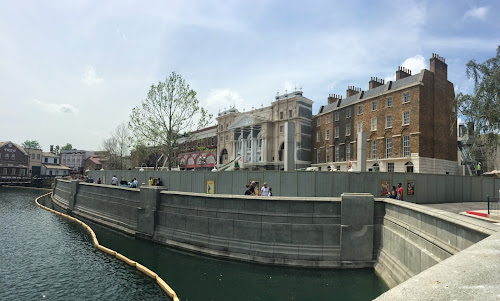 The pile of dirt to the right of the facade is clearly being formed into a berm that will help conceal the Gringotts ride building. I’ve heard that trees are already waiting backstage for installation on the new hill. 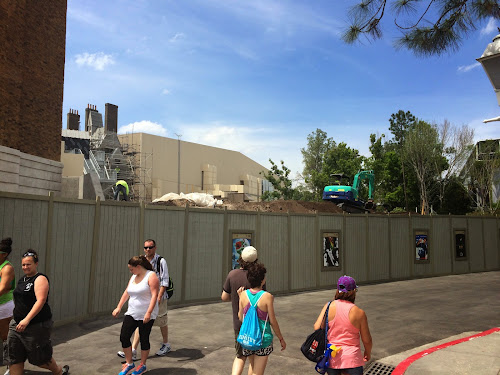 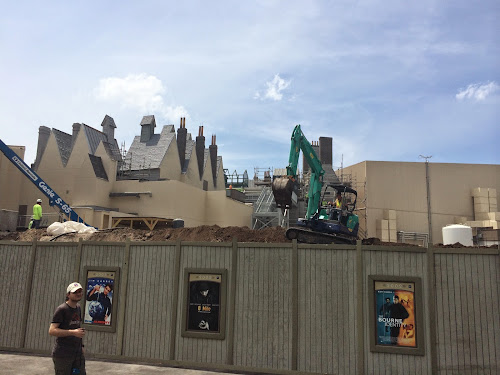 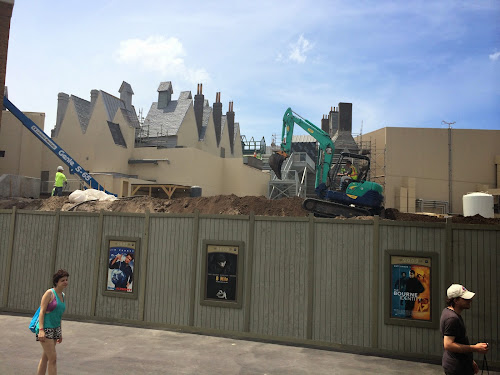 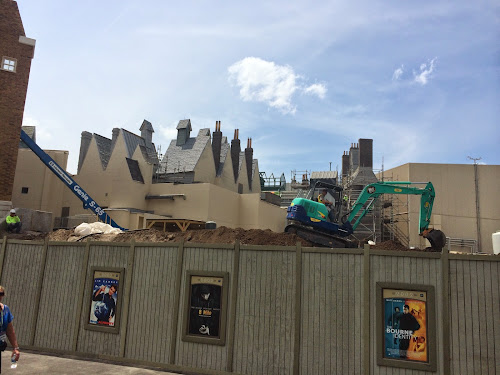 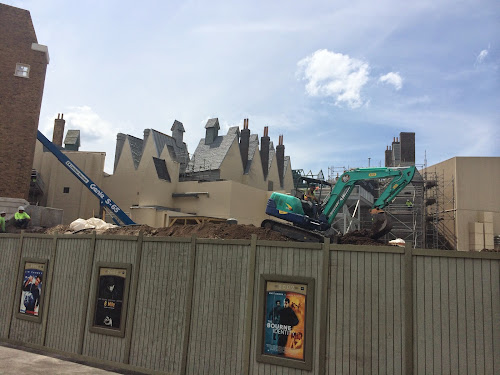 A closer look at the new paint scheme being applied to Wyndham’s Theatre: 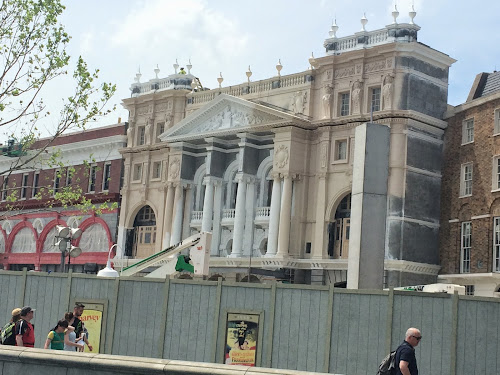 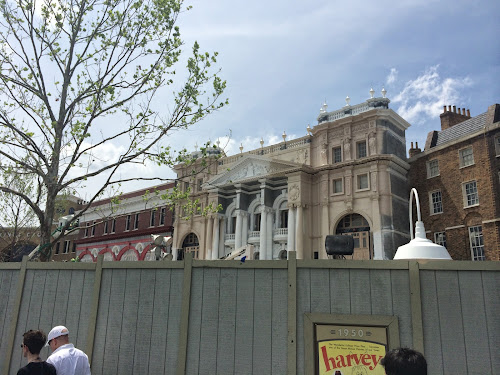 The letters on the Wyndham’s Theatre facade have been unwrapped: 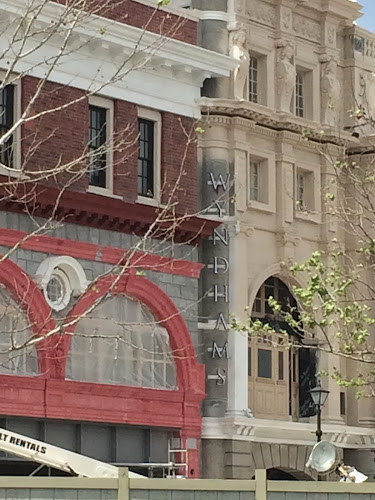 More details are being applied to the rest of the London Waterfront. 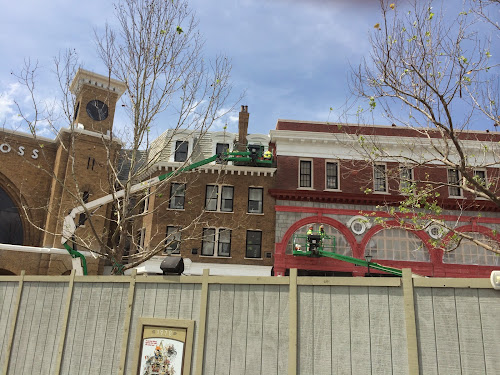 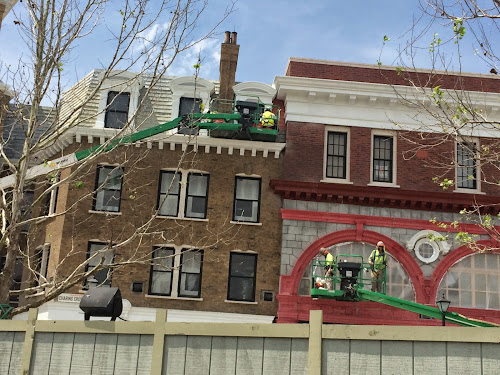 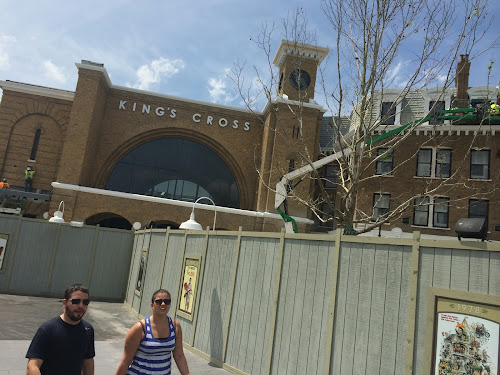 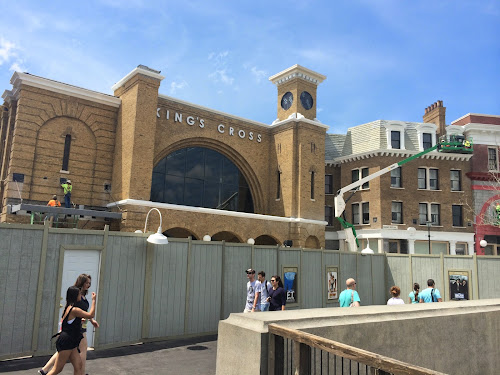 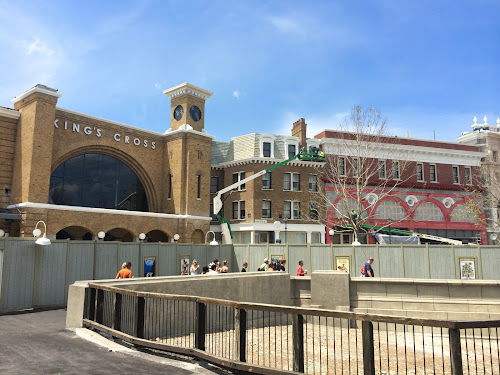 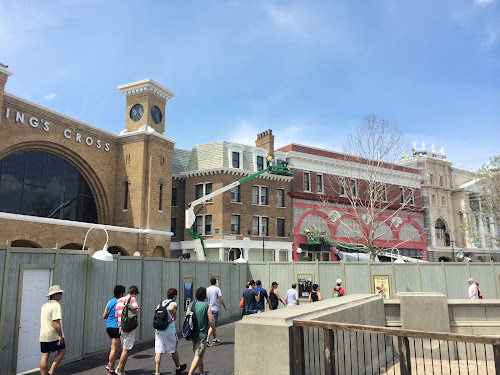 King’s Cross, future home of the Hogwarts Express, is also coming along. 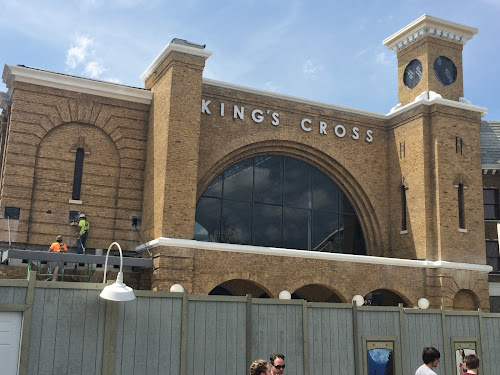 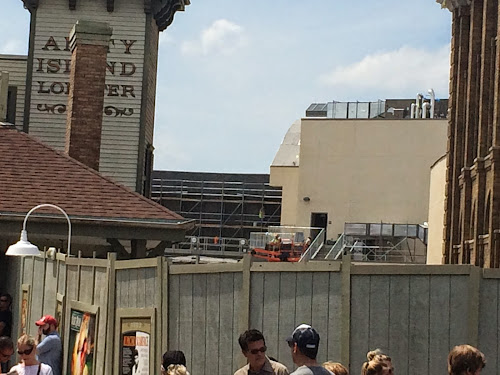 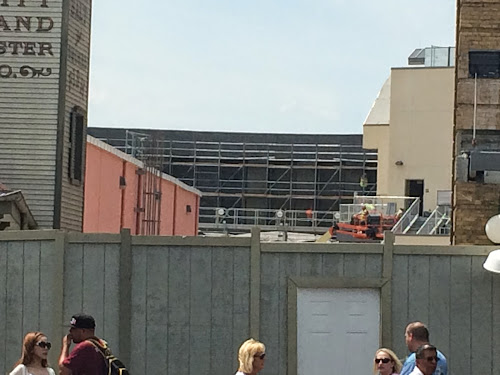 A final panoramic look at the entire Diagon Alley project.

Over at Islands of Adventure‘s original Wizarding World of Harry Potter, the Hogsmeade Station that will house the new Hogwarts Express is showing more dramatic progress, as work on this side of the expansion accelerates. 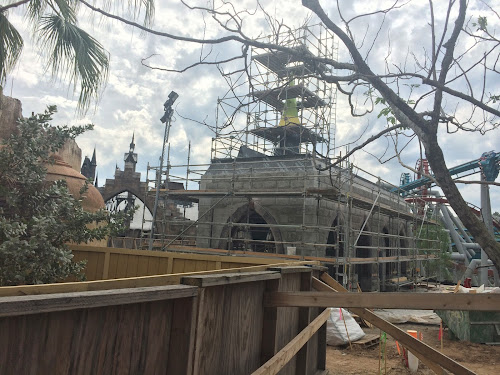 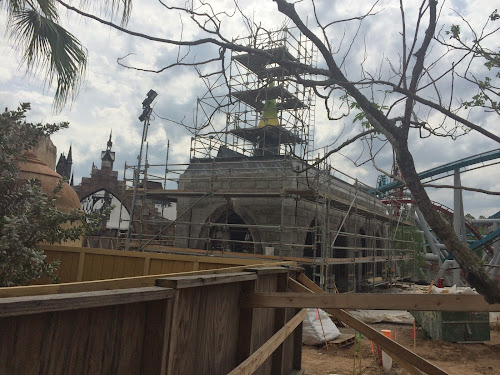 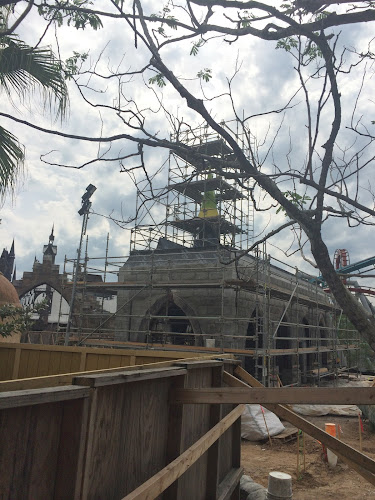 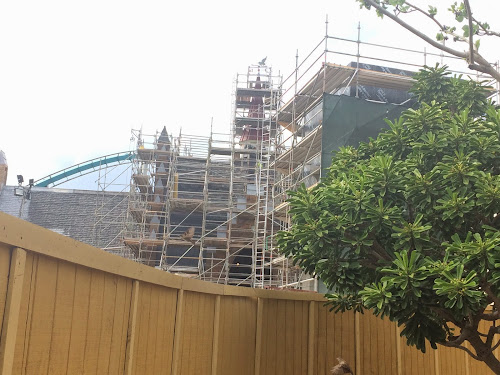 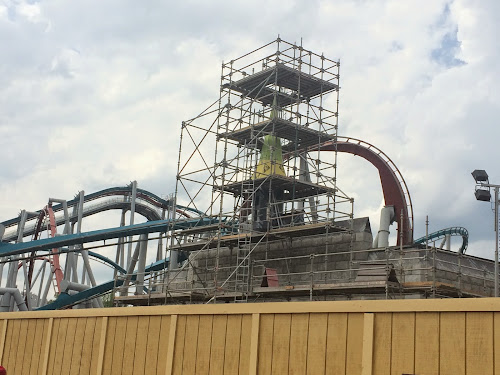 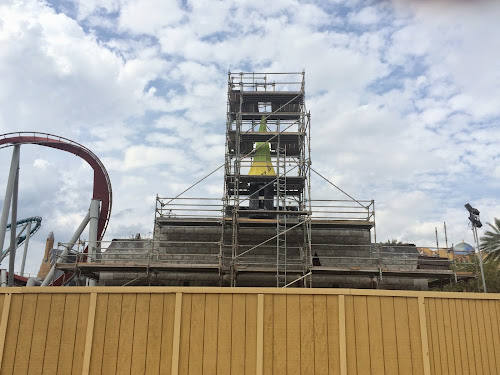 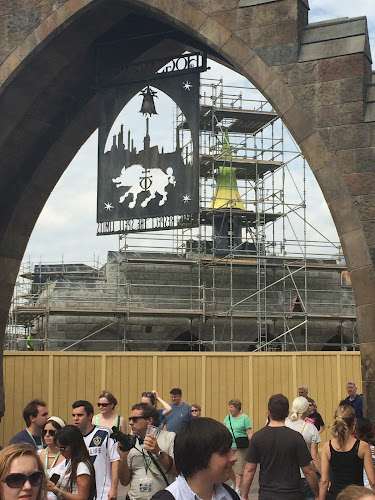 While in the Wizarding World, I noticed these Marauder’s Map jigsaw puzzles for sale in the gift shop at the exit of Harry Potter and the Forbidden Journey: 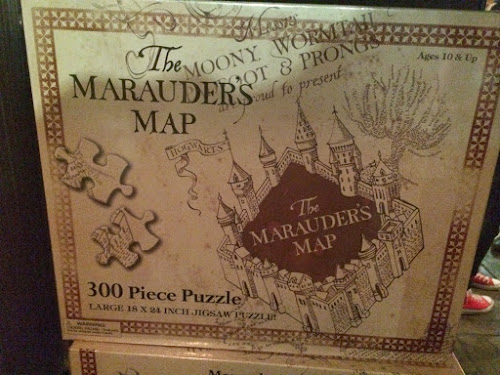 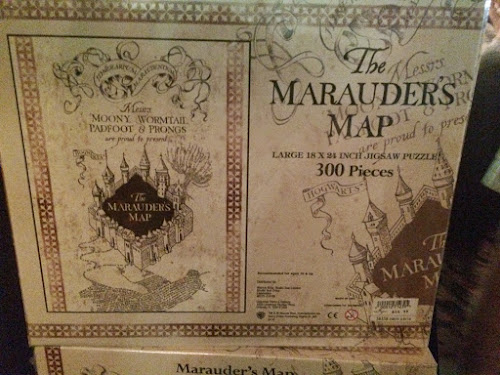 The biggest buzz in the world of PotterWatch at the moment is about the imminent start of employee training for Diagon Alley, and possible soft openings for guests. Our own Derek Burgan tweeted that “technical rehearsals” are projected to start on May 20, with full-day soft openings for guests beginning on June 1. And long-time WDWMagic forum contributor Lee hinted that Universal guests may get the chance to do some “serious banking” in late May. Obviously these dates are not guaranteed, so don’t book your vacation around them. But I’ll certainly be on site from the first signs of any soft opening, and am staying in a Universal hotel the first week of June just in case…

In other rumor news, Orlando United forum contributor Teebin recently shared a series of riddles revolving around the new live entertainment being created for the Carkitt Market area of Diagon Alley. The first rumored show seems to involve The Tales of Beedle the Bard, and may bring to life one of five wizard folk tales, as seen in the “Three Brothers” segment of Deathly Hallows Part 1.

The second show is rumored to be a musical performance, and may be related to a recent casting notice for “African American Female Singers able to portray the age range of 30-60…able to perform in a British dialect” in a “jazz style” and “available to rehearse April 21st-May 20th.” Commenters have suggested this could be the character Celestina Warbeck, known in the books as “The Singing Sorceress.”