The big PotterWatch news last week was the announcement of a private media event on June 17-20, which is widely expected to culminate in the grand opening of The Wizarding World or Harry Potter – Diagon Alley. While the official opening date has still not been announced, we are rapidly approaching the end of construction and the start of employee training in the area. While we wait for public soft openings to start sometime next month, here is a brief look at the latest progress along Diagon Alley’s London Waterfront and outside Hogsmeade Village.

These photos of the Diagon Alley exterior were taken on the afternoon of Friday, May 16. 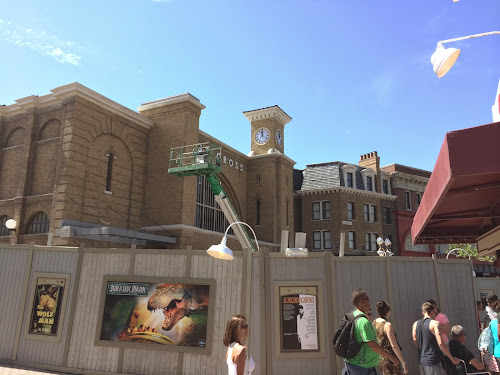 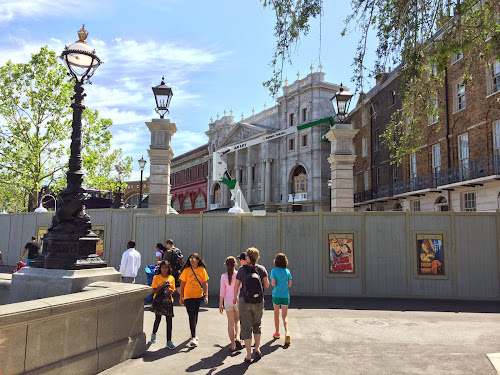 The clock in the King’s Cross station tower has finally been installed. 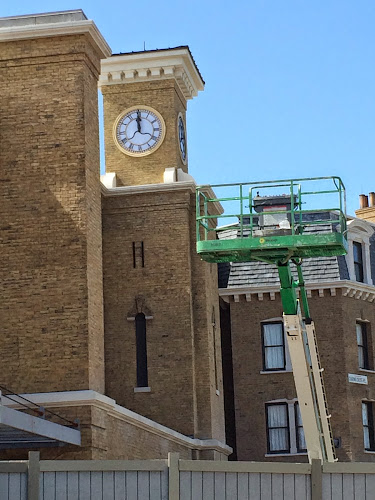 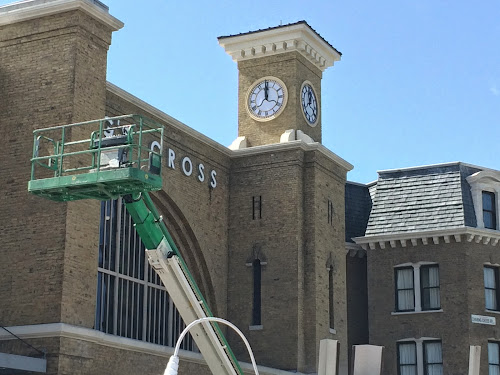 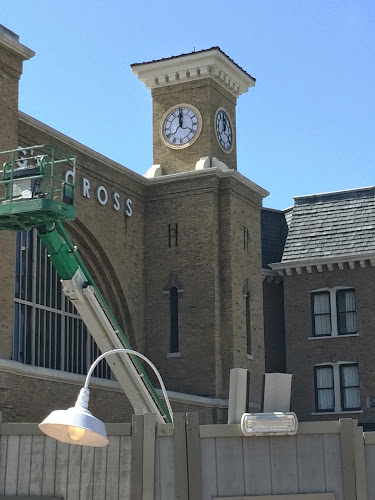 Construction walls have been pushed back in several areas to reveal steps. 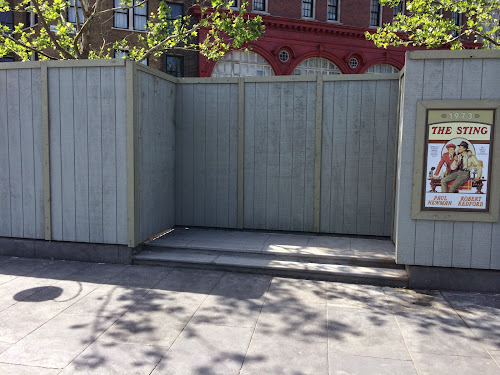 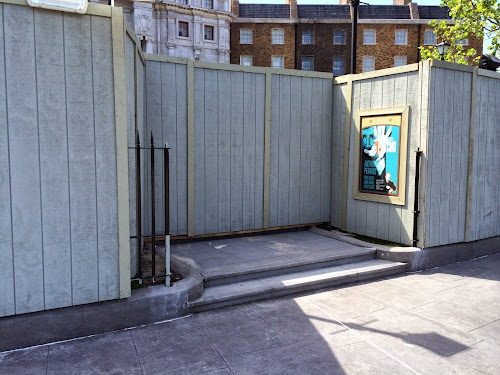 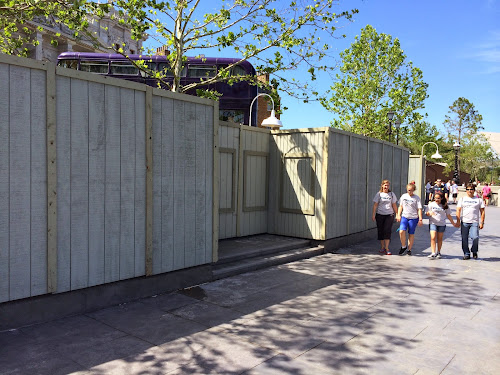 The gateway supports near Grimmauld Place have been stripped of their scaffolding. 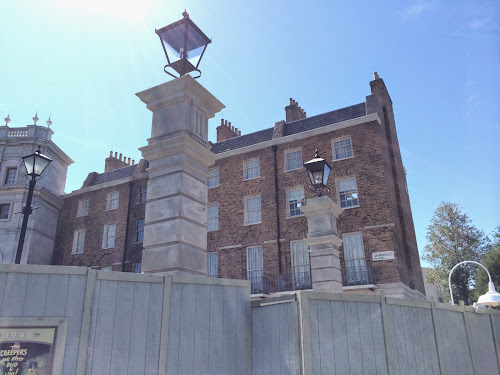 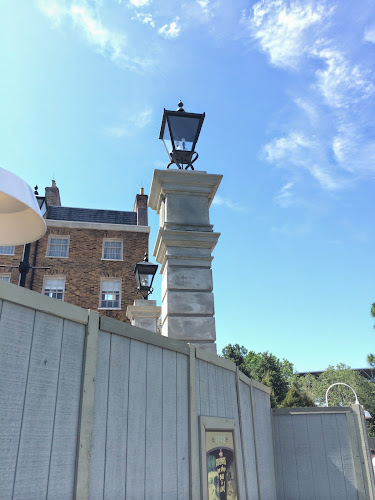 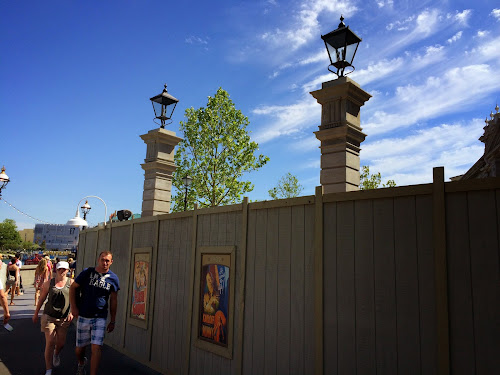 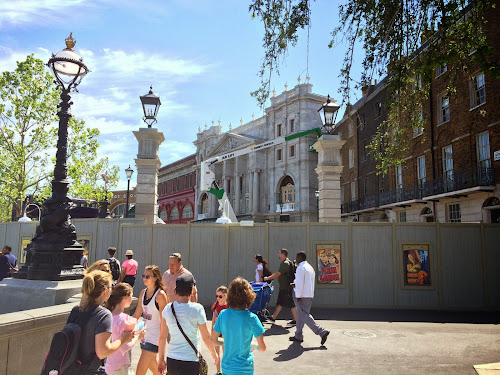 Additional painting is still being applied to Wyndham’s Theatre. 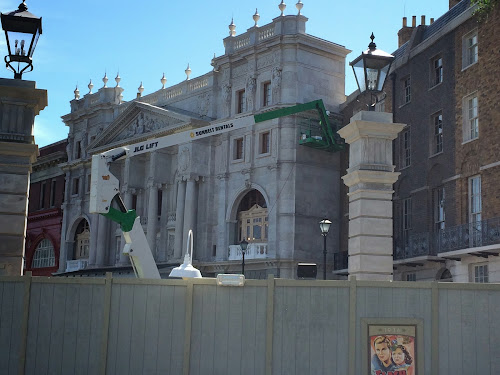 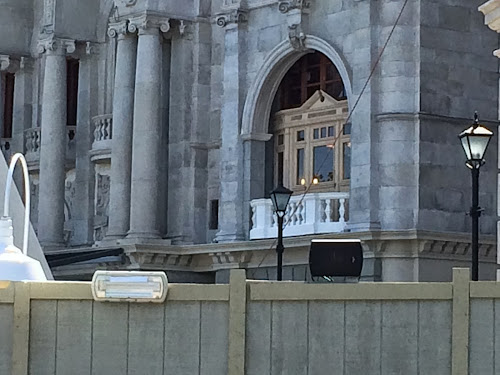 The London Waterfront lampposts are now complete with illuminated globes on top. 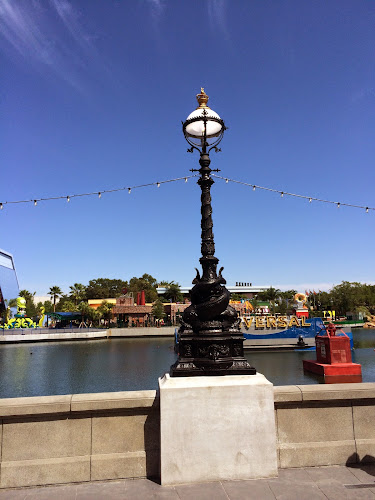 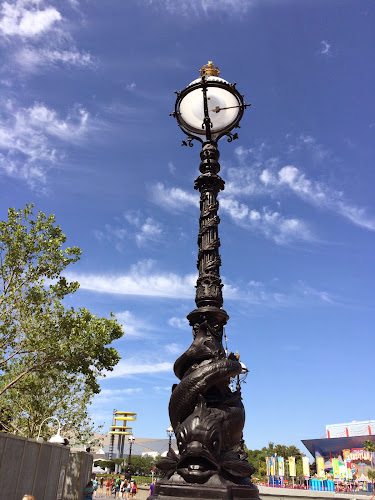 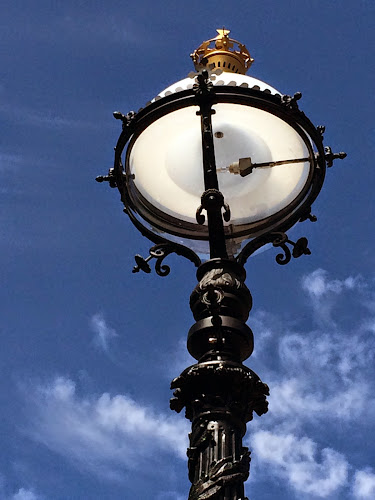 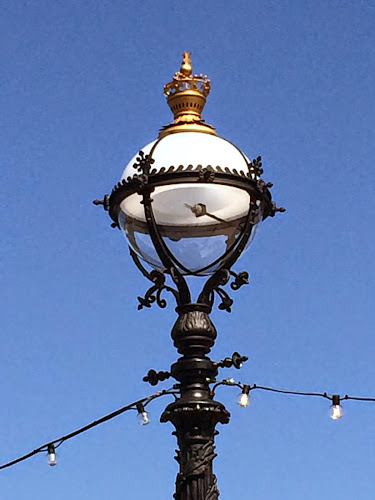 Decorative lion heads have also been installed along the waterfront beneath the lampposts. 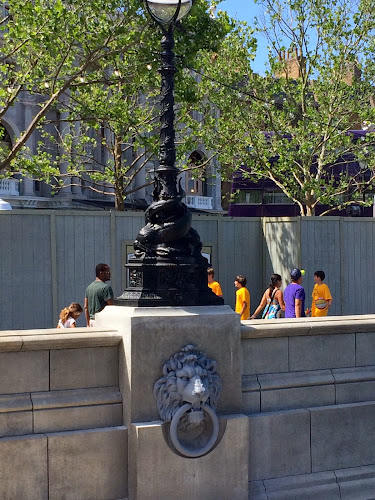 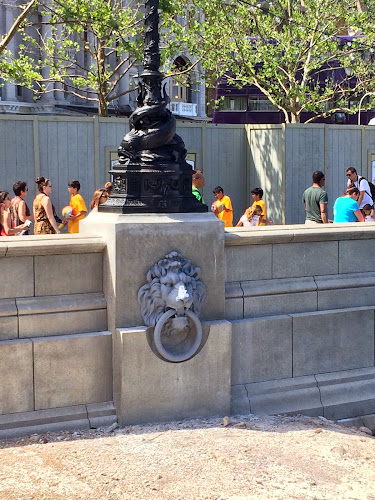 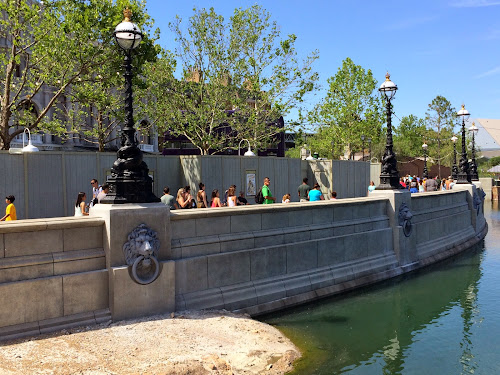 Fans of Jaws will be happy to know that the pay phone in the restroom building (which used to be dialed by ride Skippers making prank calls) is still intact, though the pressed penny machine was removed. 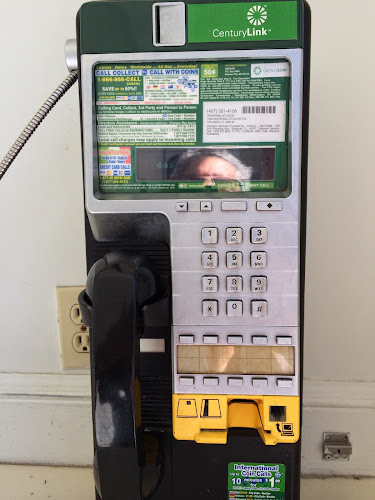 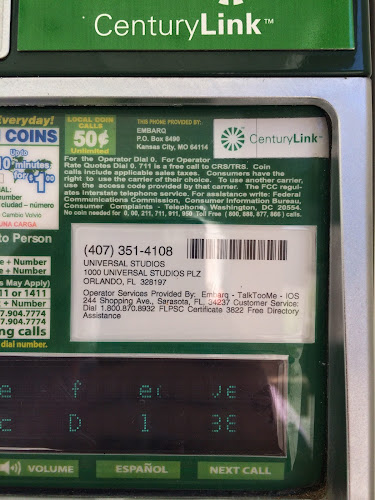 Over at Islands of Adventure, the most significant progress is the addition of signage to the Hogsmeade Station ticketing building that leads to the Hogwarts Express. 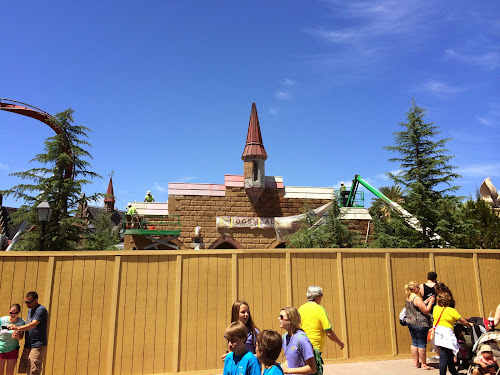 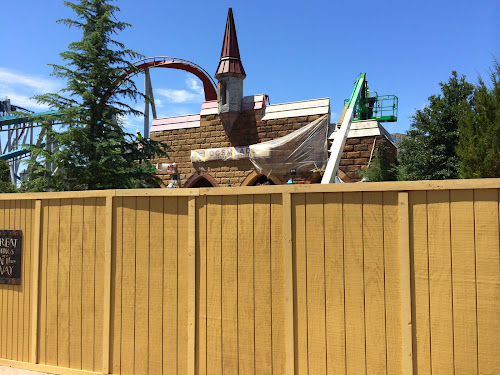 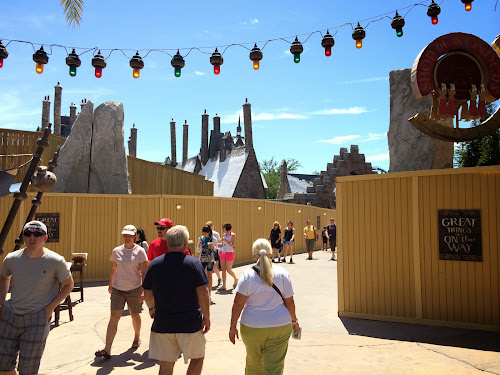 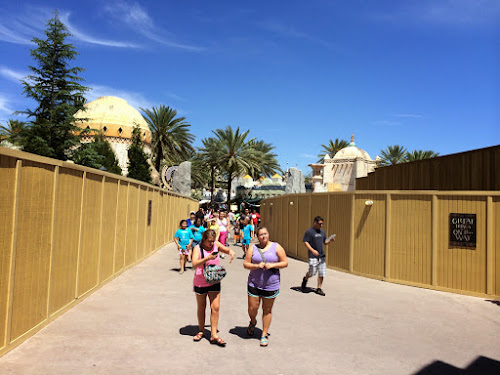