PotterWatch is rounding its final corner and racing into the home stretch, as we are now one week away from the July 8th grand opening of The Wizarding World of Harry Potter — Diagon Alley. Hardcore Potterwatchers have been camped out in Universal Studios Florida for weeks, but aside from special vacation package previews, there have be no public soft openings of the area yet. That doesn’t mean there aren’t magical developments across the resort, as Hogsmeade interactive wands have quietly made their debut.

As we’ve previously reported, storefront windows around Hogsmeade have been quietly upgraded over recent months with new special effects triggered by the interactive wands that will be sold inside Diagon Alley’s new Ollivanders shop. As of early this week, almost all of those windows were made functional, and guests can now practice casting spells in advance of Diagon’s big debut. 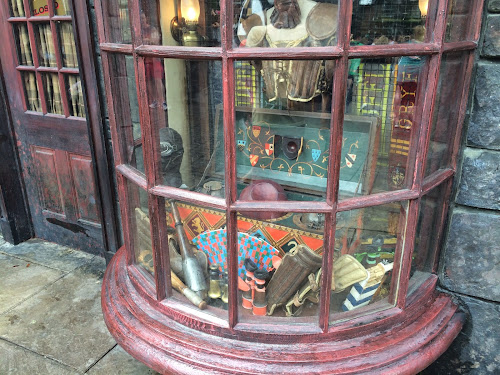 On the first day the windows were active, some guest reported being instructed not to use them by Universal team members. But as of Monday, June 30, employees were stationed at many of the interactive locations to instruct and encourage guests in their use. 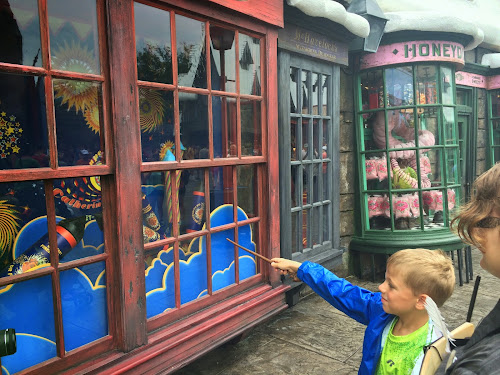 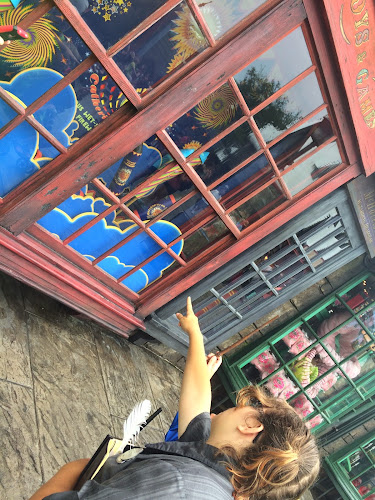 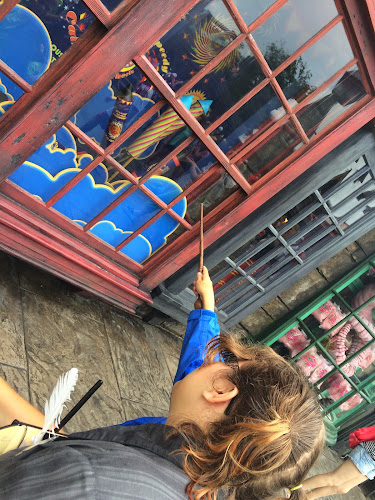 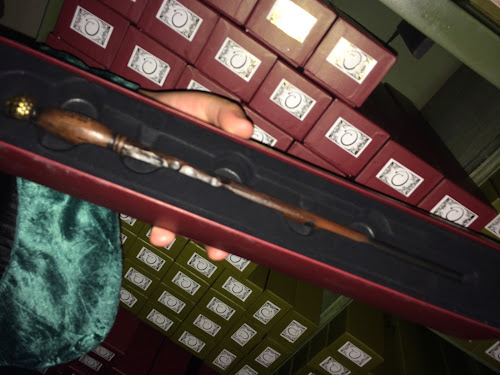 Better yet, the wands (as of yesterday) were still ringing up at the original $35 price, instead of $45. If you stop by before July 8 (or whenever they update the cash registers) you can snag yourself some substantial savings.

While the Leaky Cauldron’s mystical wall hasn’t yet opened for non-media Muggles, the first paying guests got inside Diagon Alley on June 30th as part of a Vacation Package preview. Starting June 29, visitors purchasing special hotel packages through Universal Vacations are eligible for guaranteed admission to Diagon Alley, including a meal at the Leaky Cauldron. 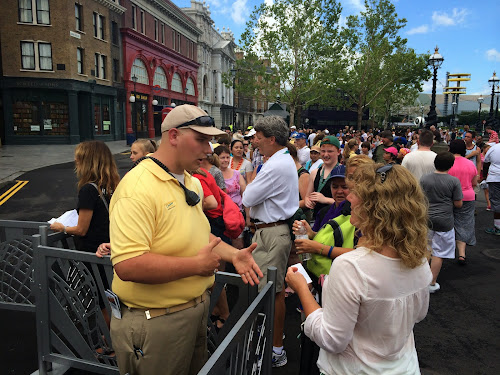 Until the official opening on July 8, that park perk takes the form of special previews that started at 5 p.m. on June 30. Guests received a letter designating a 2-hour period when they were permitted into Diagon Alley, and began arriving an hour or more early to check in. 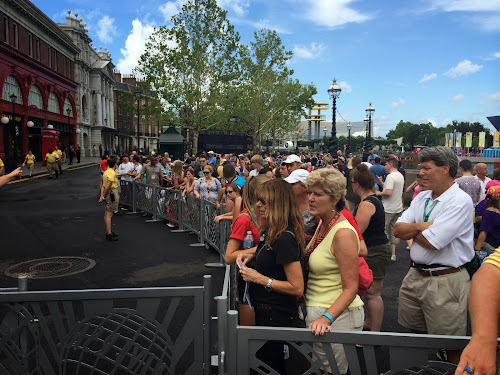 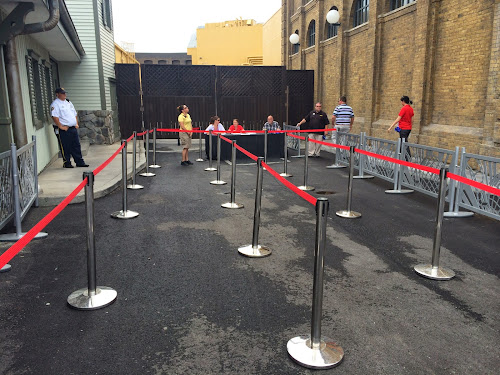 After being held in the London Waterfront area, guests entered Diagon Alley promptly at 5 p.m., and were able ride the Hogwarts Express as well. The Gringotts ride was reportedly operating at the beginning of the event, but was not running well enough to allow the hundreds of day guests anxiously waiting outside to enter. 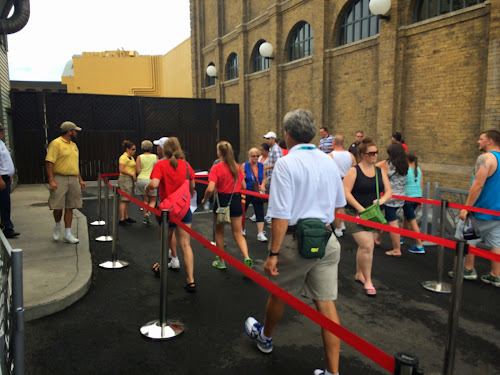 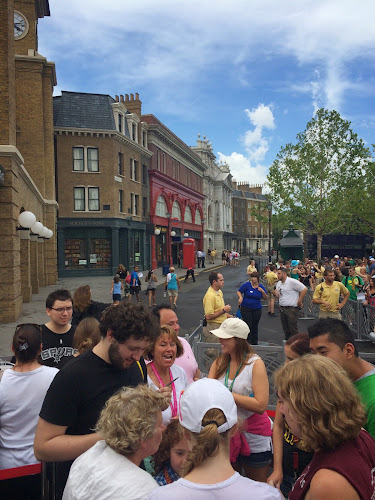 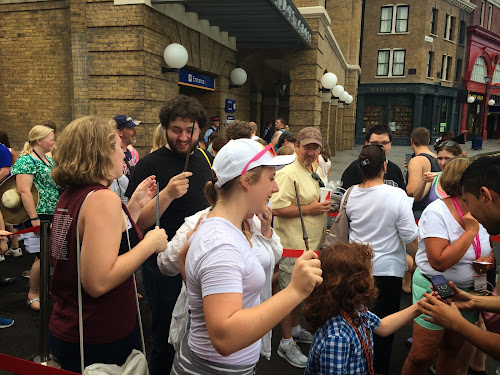 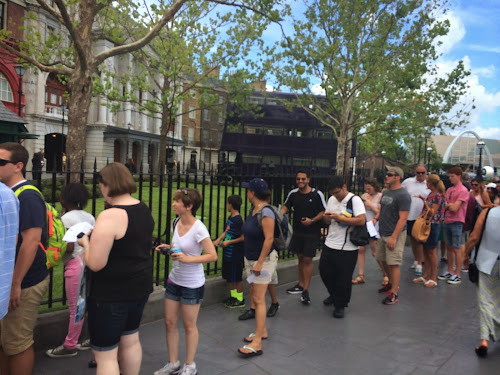 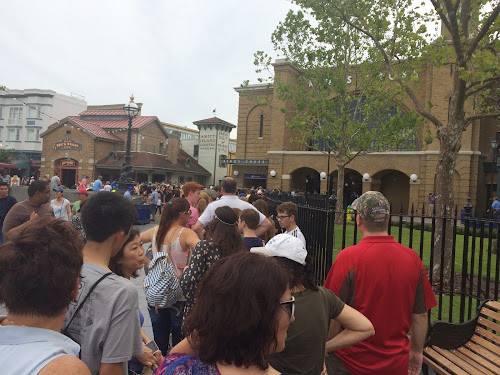 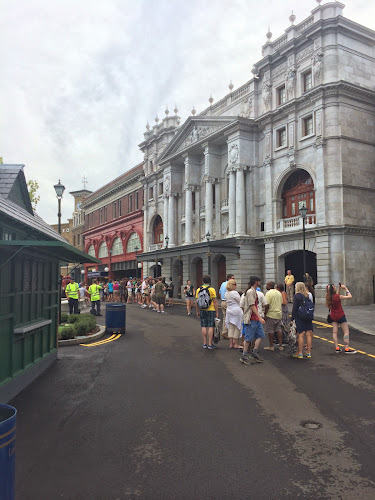 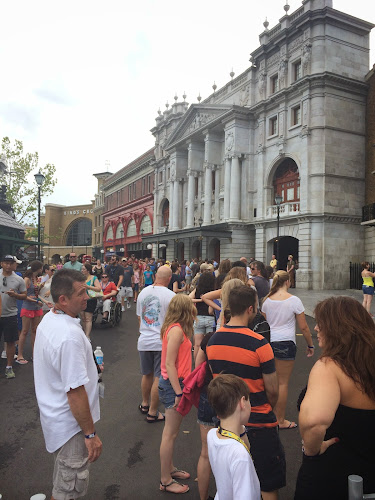 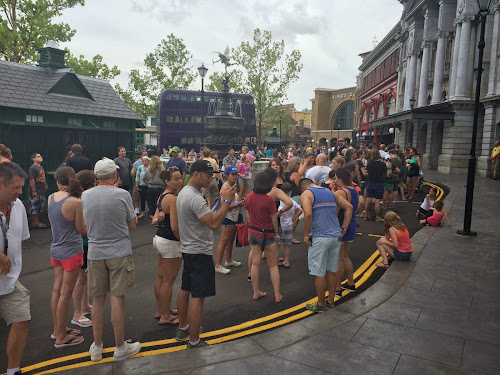 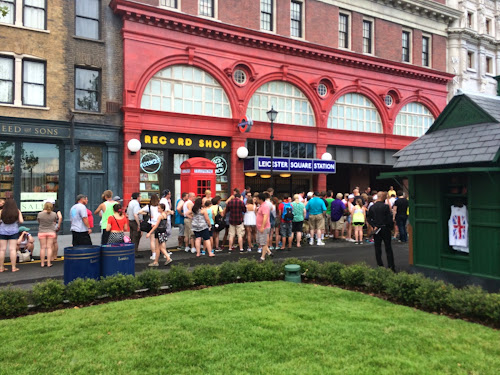 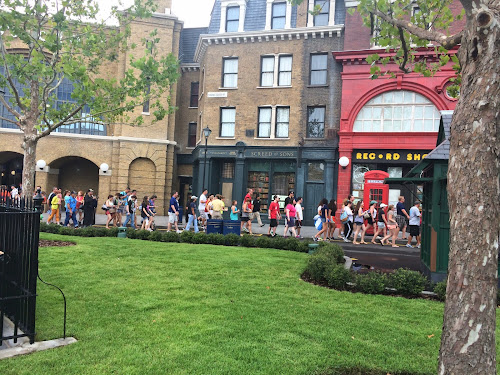 Even though there is officially Diagon Alley entry for day guests before July 8, word spread about the possible soft opening, bringing big crowds into the park during the evening. Plan on this scene continuing throughout the holiday week. 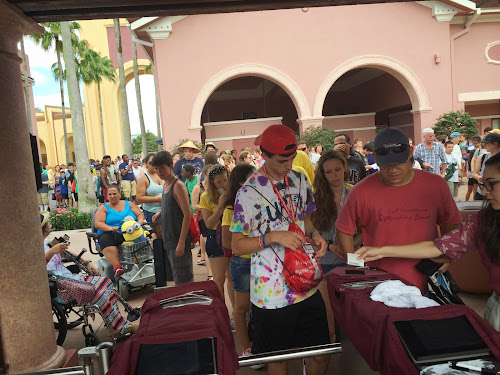 Finally, we have a late-breaking update on early entry into the Wizarding World for onsite hotel guests. There is confusingly contradictory fine print on Universal’s website that has caused some to question whether early entry to Diagon Alley would be offered to all hotel guests, or if certain hotels (like Cabana Bay) might be restricted to Hogsmeade only.

This morning, I received the following statement from Tom Schroder, Universal Orlando’s head of public relations.

We will be offering our on-site guests Early Park Admission to both Universal Studios Florida and Universal’s Islands of Adventure beginning July 9.

As soon as we have more details on early entry, such as exactly what attractions will be open, we’ll share it here. And be sure to follow @touringplans on Twitter for the latest #PotterWatch news.