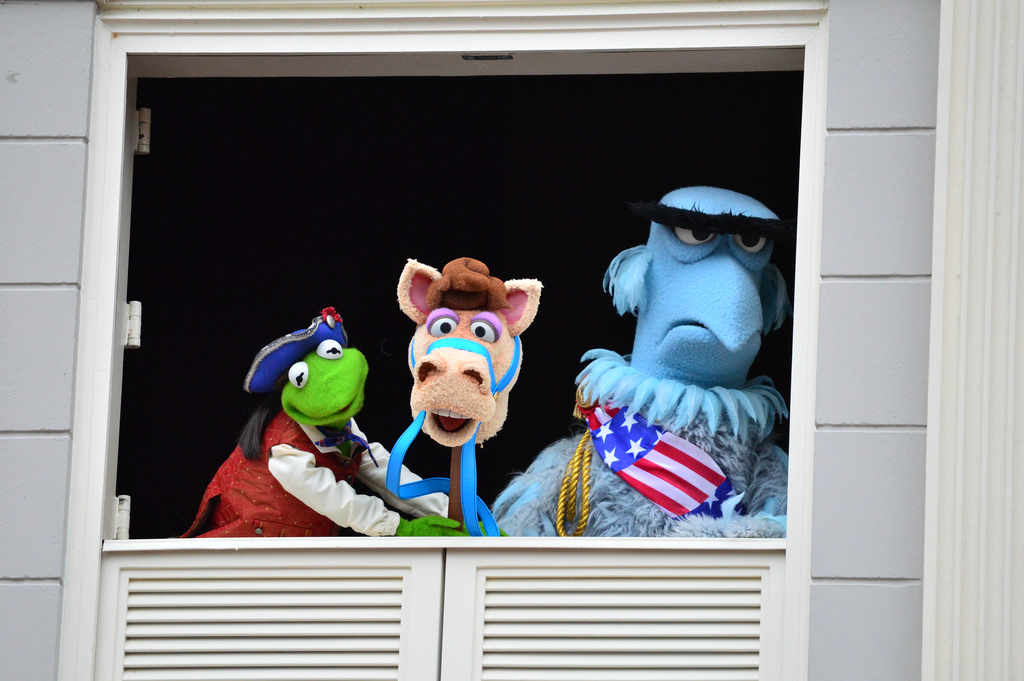 In honor of July 4th we are presenting a special SATURDAY SIX with a Salute to All Nations (But Mostly America). July 4th brings out the patriotism in all of us, and nothing is more American than our favorite theme parks. Created with the opening of Disneyland in 1955, theme parks — along with comic books, pro wrestling, and jazz music — are one of the rare forms of art that we in the USA have given to the citizens of Earth. Thankfully, they are all so good that the world forgives us for everything else we’ve given them such as Zima, reality television, and the KFC Double Down. So raise Old Glory up to full staff, put Real American on the CD player, and let’s dive into some theme park American goodness!

This oddball take on American History is hosted by James “J.J.” Jefferson–the town crier of Liberty Square–and Sam the Eagle, the most patriotic of Muppets. Joined by Kermit the Frog, Miss Piggy, Fozzie Bear, and Gonzo, the show is performed several times daily. There are multiple versions of the show, some include singing, some storytelling, but all contain the Muppets’ famous humor.

Special Thanks to crack staff photographer Brandon Glover, the sommelier of Tony’s Town Square Brian Carey, photo wunderkind Mike Sperduto, and blogger to the stars Megan Stump for their invaluable assistance with this article. Be sure to also check out Brandon on The Park Blogger podcast with co-hosts Aengus Mackenzie and LitemAndHyde, while fellow Potterheads may enjoy Meg’s work on the Central Florida Slug Club.