If you follow my Best Week Ever column, you know that I’ve had the dubious fortune of getting exceedingly damp during my last few visits to Walt Disney World. You may have even begun to believe that I carry my own storm clouds around with me, like a cursed Douglas Adams character. So, I thought it was time to sweep away the clouds with six sunny day observations from the Magic Kingdom, where I (miracle of miracles) recently spent an entire afternoon with barely a drop of rain.

On my most recent Magic Kingdom visit, I was breaking in my brand-new blue MagicBand, which I received free via mail as a renewing Annual Passholder. (After a few more years I should have the whole color collection). And what better use for a new MagicBand than FastPass+ attraction reservations? 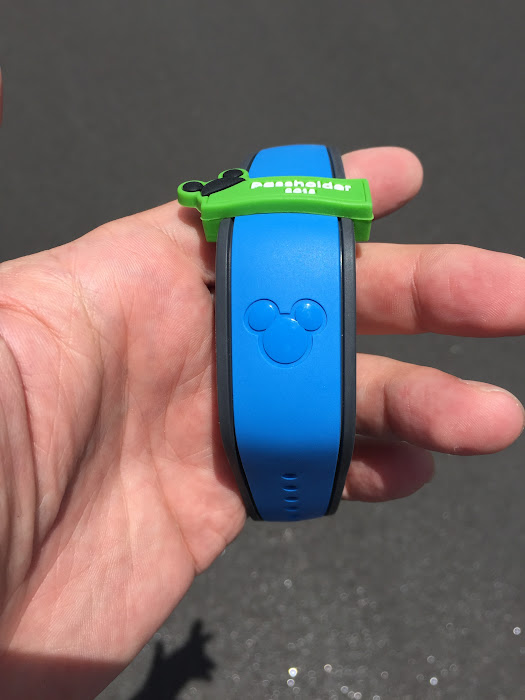 Of course, you may assume that by showing up on a busy summer afternoon and not checking for FastPass availability until I was riding the tram to the TTC, I’d be out of luck. But much to my delight, I was able to secure some decent ride times, after a bit of fiddling with the MyDisneyExperience system. 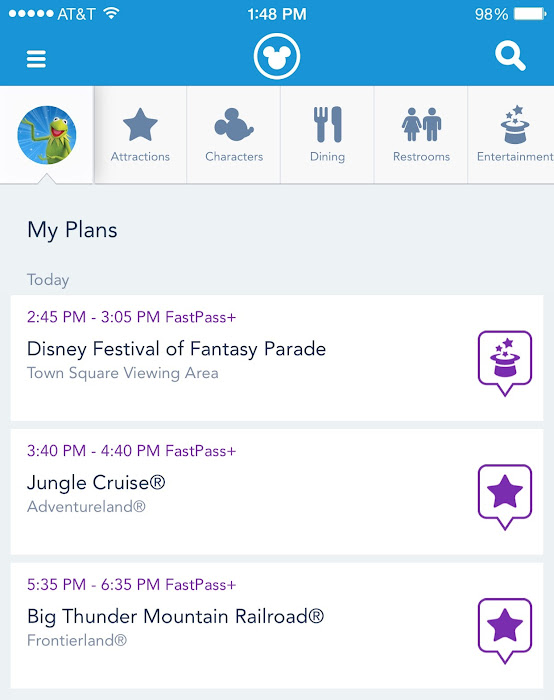 Pro Tip: The MDE mobile website is much more user-friendly than Disney’s smartphone app when searching for alternate time slots.

Every time I visit the Magic Kingdom, I think that the massive reconstruction of the park’s central hub must be nearing completion. And then I come back a week or two later, and a new part of the project has popped up. 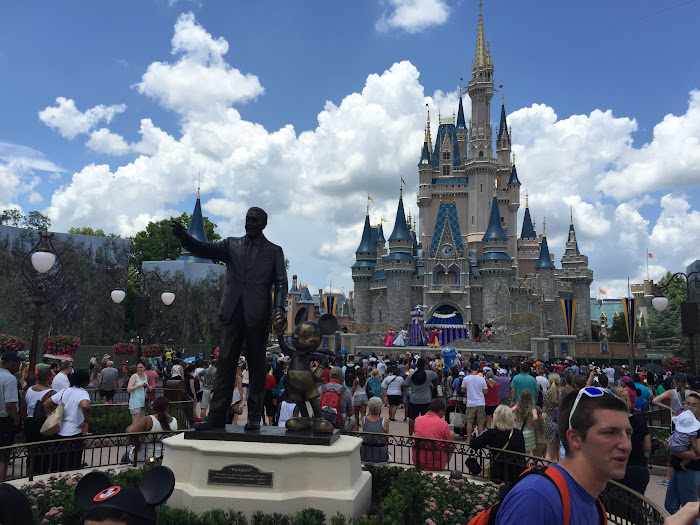 Here’s a look at the latest Magic Kingdom hub construction progress, focusing on the new castle turrets being constructed: 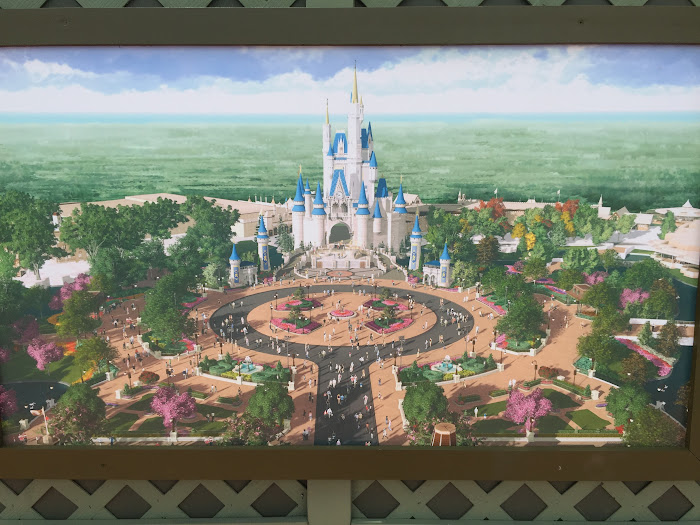 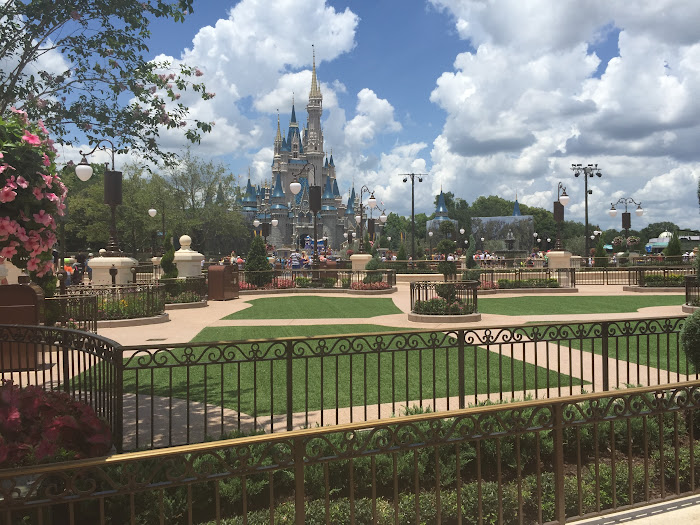 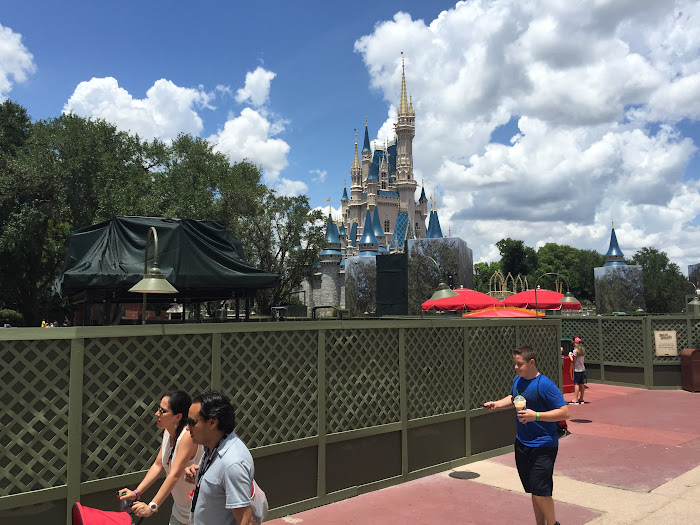 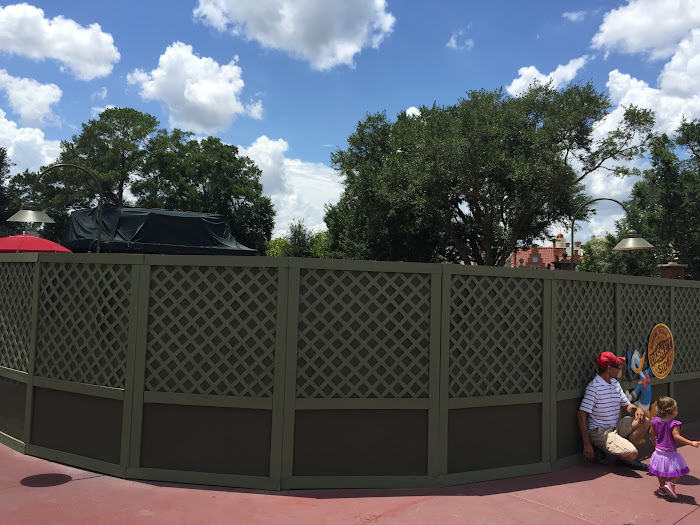 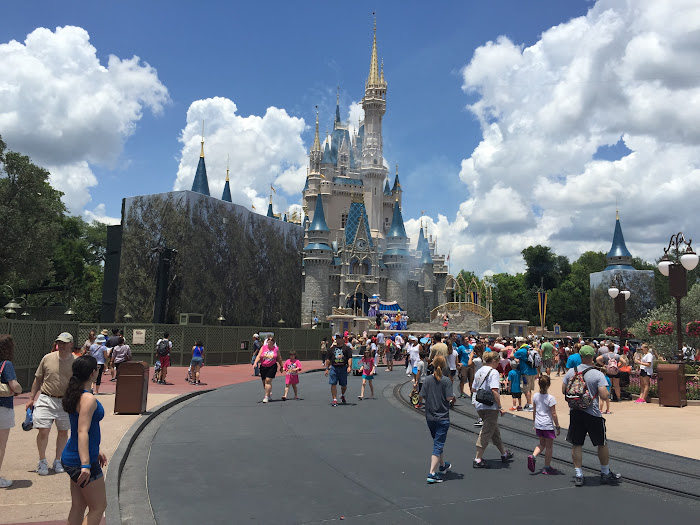 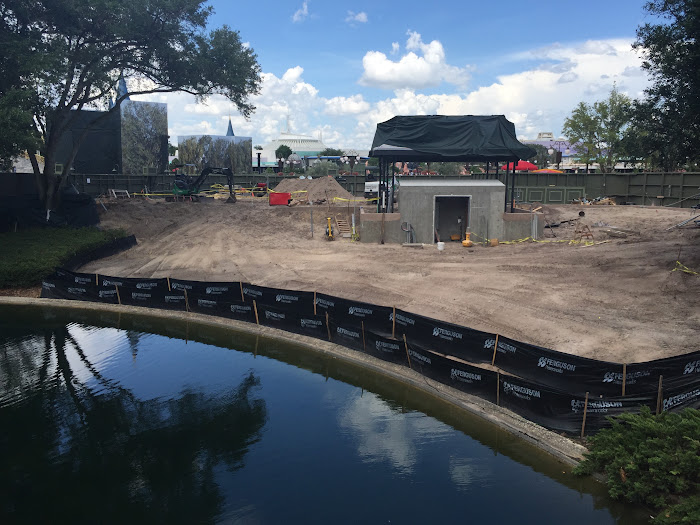 And here’s a bonus peek at the new Adventureland restaurant that’s being built: 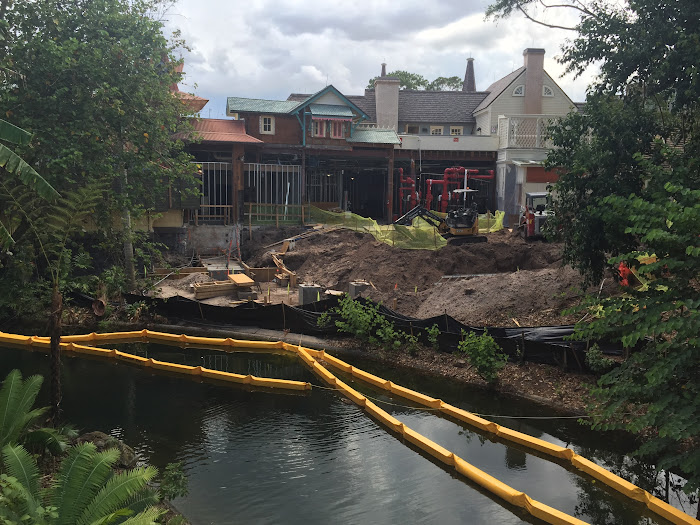 All The Eateries Are Open!

At peak periods like now, restaurants that you might have thought were permanently retired are once again pressed into service, providing a rare opportunity to sample obscure menu items. Sure, we all love eating at Columbia Harbour House, but when was the last time you had a snack at Aunt Polly’s on Tom Sawyer Island? 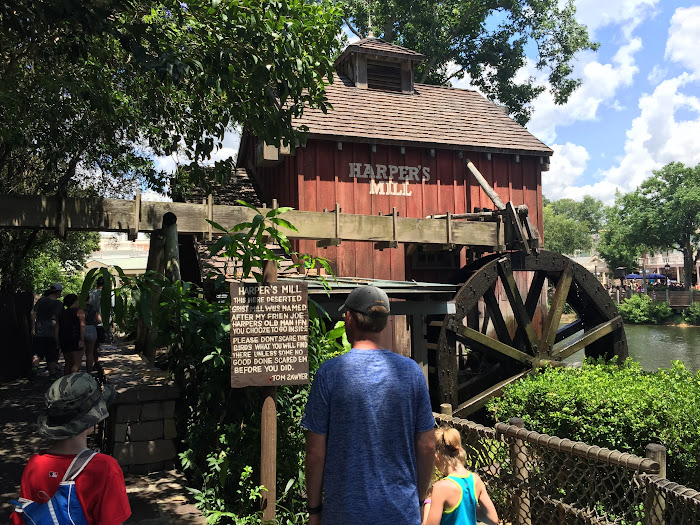 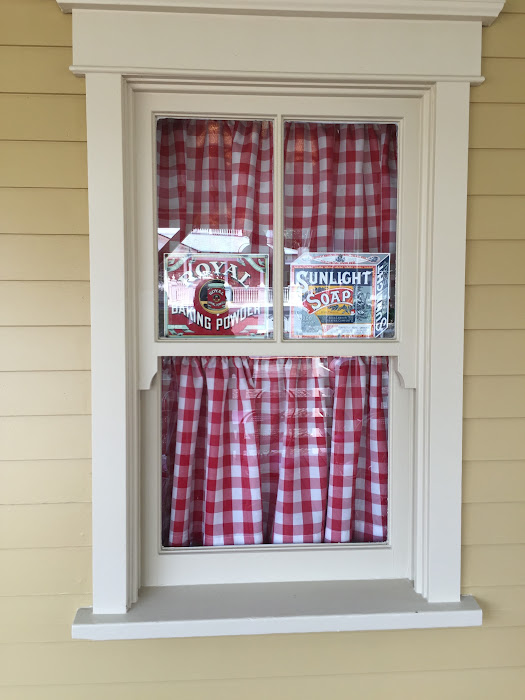 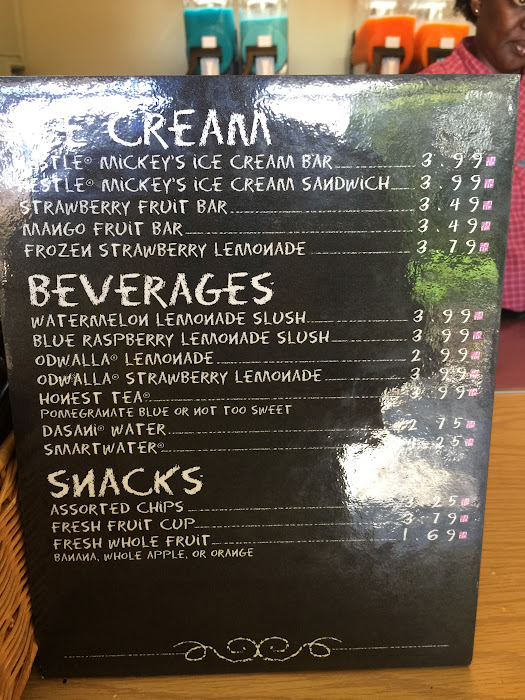 Or a root beer slush inside the Diamond Horseshoe? 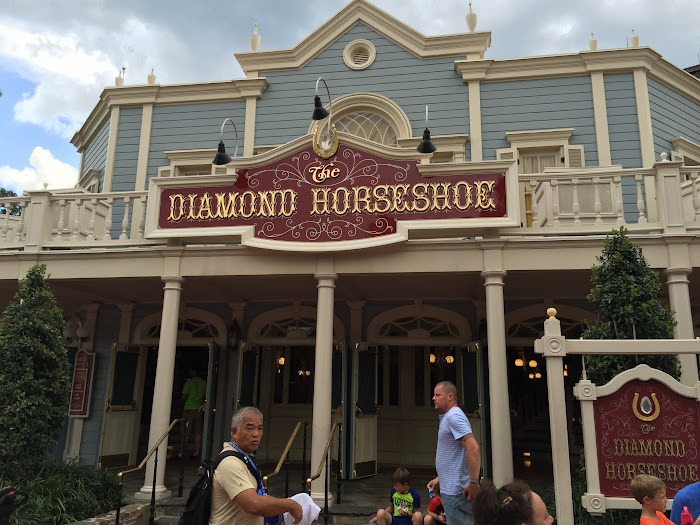 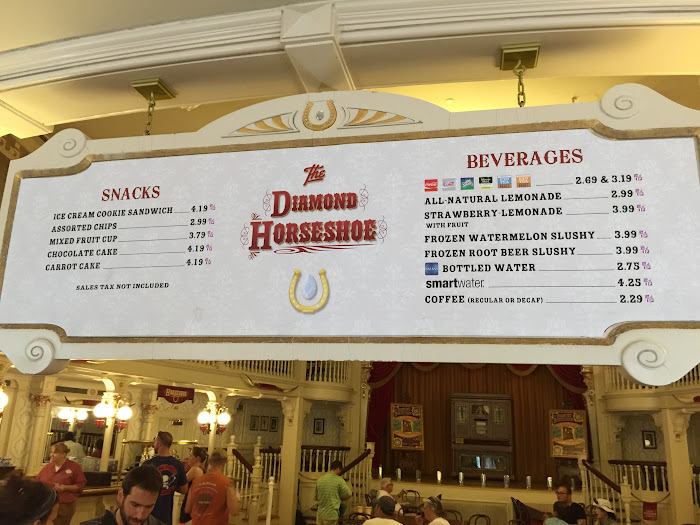 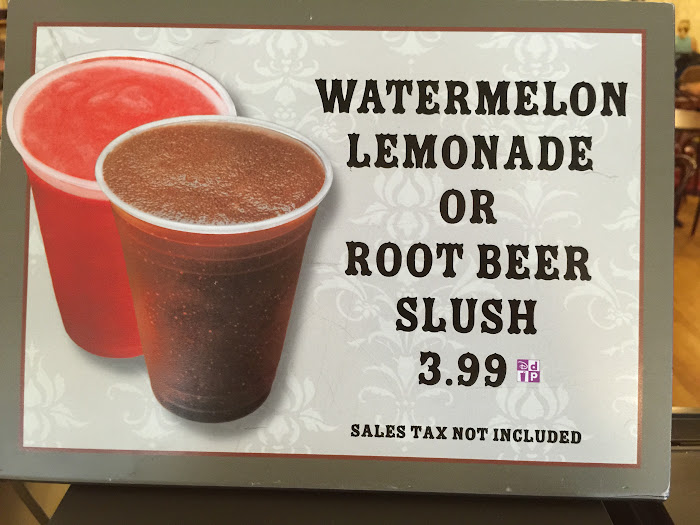 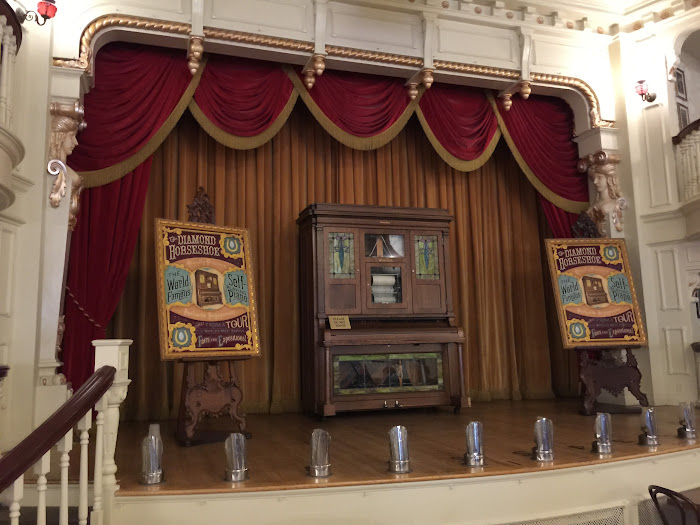 Unfortunately, my slush was a bit of a letdown, with too much unfrozen syrup that tasted more like a candy root beer barrel than an actual soda. 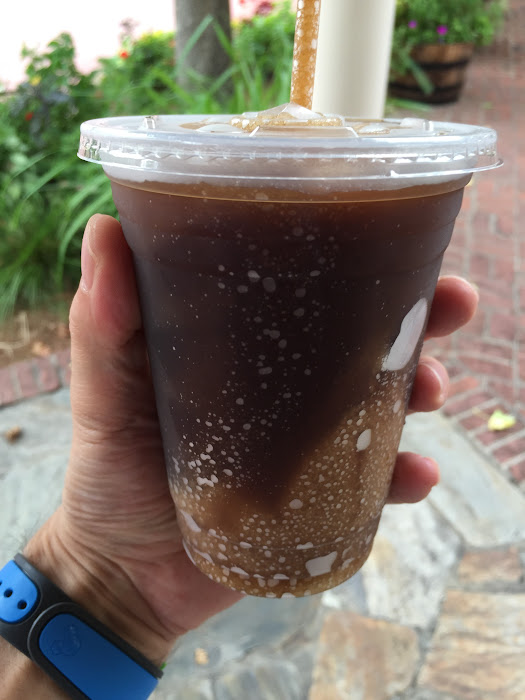 Lobster Is On A Roll

Speaking of Columbia Harbour House, one of their signature dishes is on the move. The lobster roll is still on the lunch bill of fare, but after 4 p.m. it disappears from the dinner menu. However, if you ask nicely they can dredge one up for you. 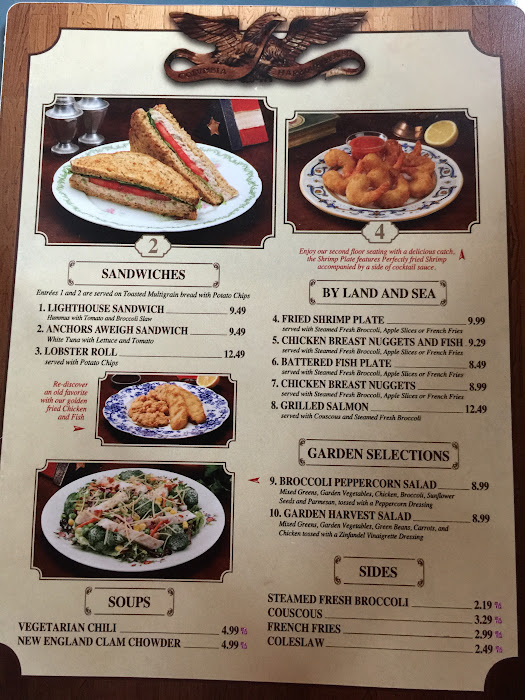 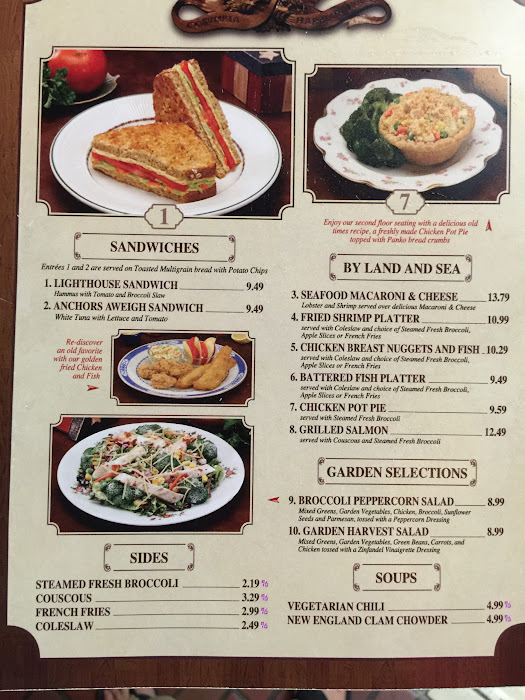 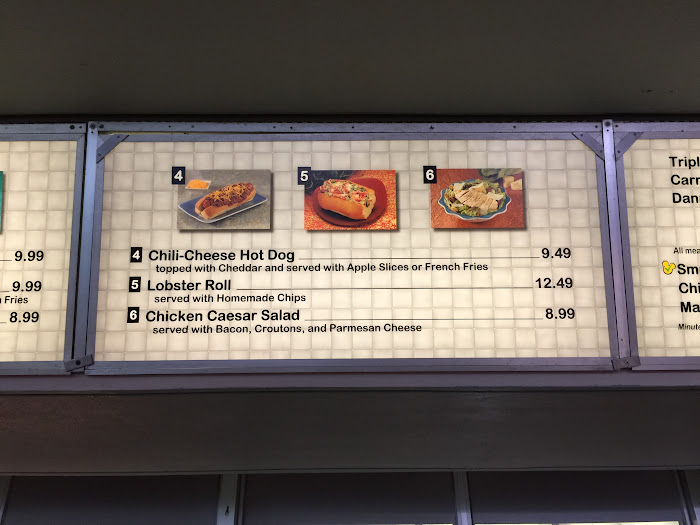 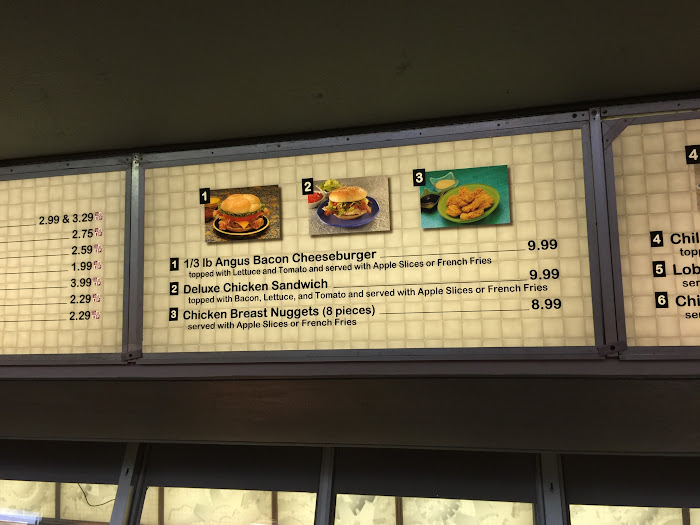 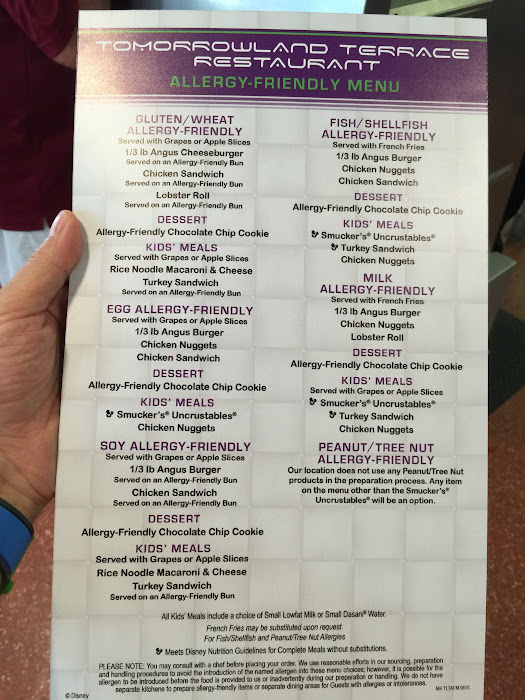 I’m starting to wonder if Disney recently got a discount on lobsters that “fell off a truck,” or if this cornucopia of costly crustaceans is the result of secret new breeding program in The Land’s fish farm…

By the way, if you are curious where to find a particular kind of food at the Magic Kingdom, here’s a handy cheat sheet that restaurant cashiers can share with guests: 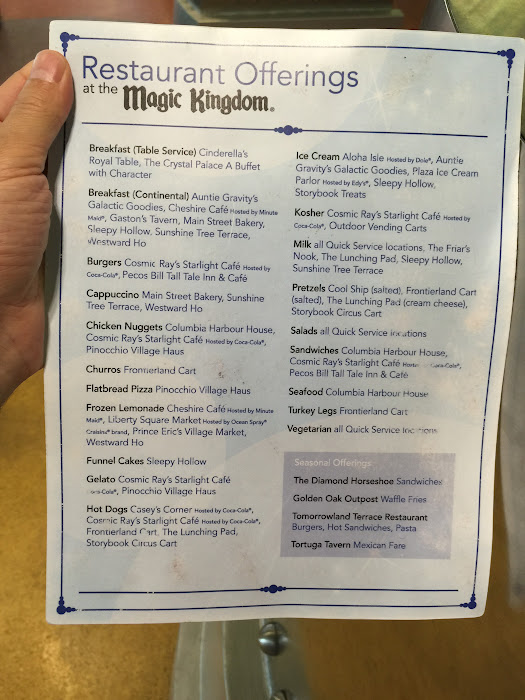 As you might have noticed above, I snagged a FastPass+ to view the 3 p.m. Festival of Fantasy parade, which actually stepped off around 2:50 p.m. As a consequence, I found myself cornered by the crowd in Liberty Square and unable to make it to the designated viewing section in the hub. 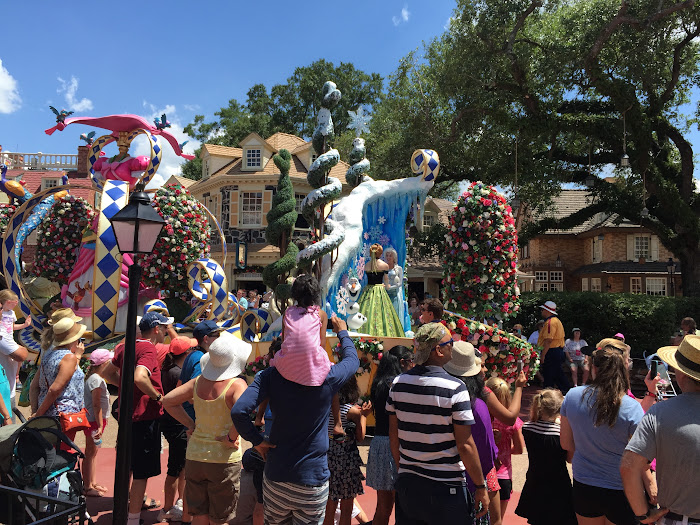 That turned out to be the best thing to happen to me that day. Instead of baking in the sun, I slid under the shady overhang in front of the Hall of Presidents entrance. There, I quickly discovered (much to my delight) that the attraction’s industrial-strength air conditioner was blasting an icy breeze straight out the door, chilling everyone standing along a narrow angle. Positioned in the proper spot (without blocking the walkway, per Cast Member instructions), I had a perfect view of the parade without perspiring. 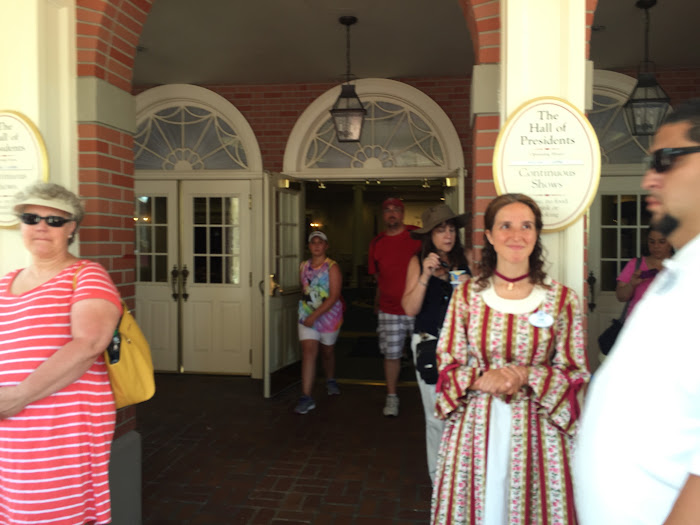 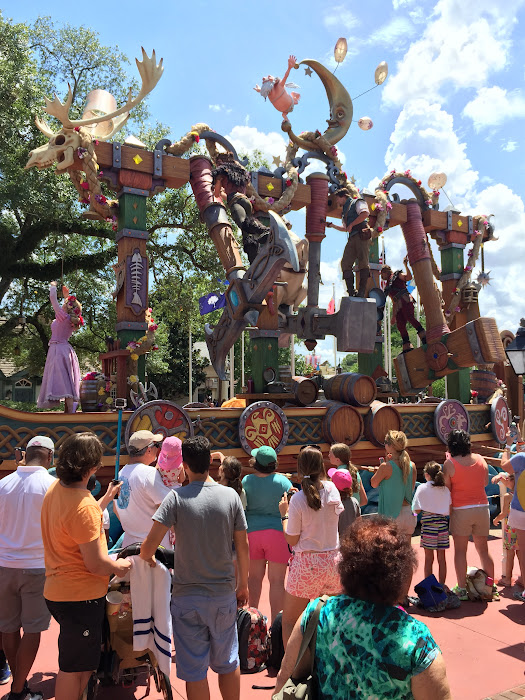 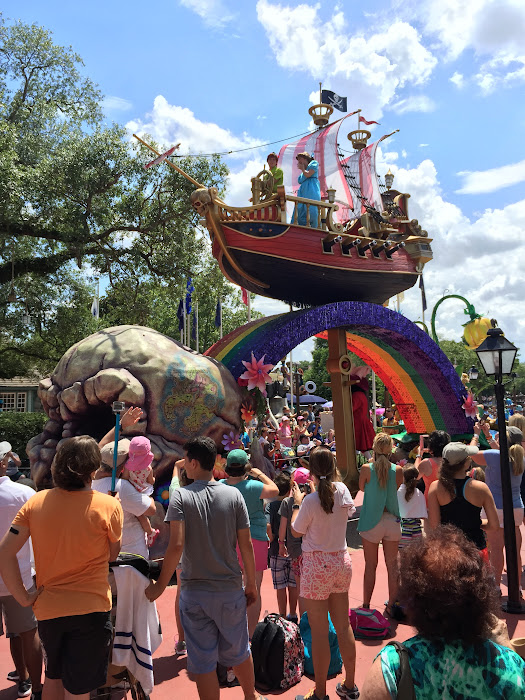 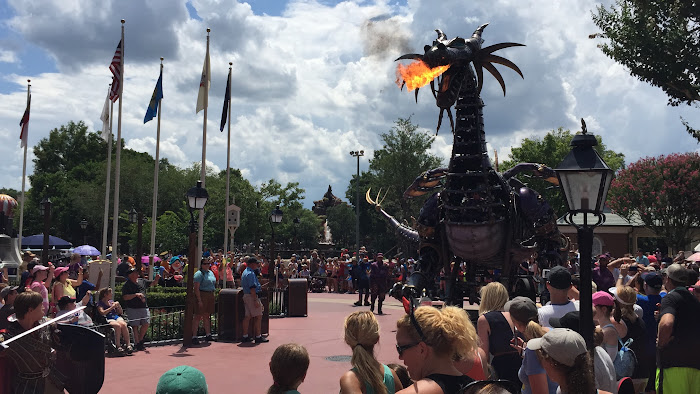 Best of all, the parade’s piece de resistance — the battle between Sleeping Beauty’s Prince and the fire-breathing steampunk dragon — coincidentally climaxed right in front of my feet. Check out this close-up video of the hair-singing highlights:

Finally, here is one sad note: I finally saw with my own eyes that the removal of the hot “plastic cheese” sauce formerly available for free on certain Quick Service toppings bar has indeed bid adieu. I was never a big fan of the substance, but it certainly had its advocates. Let’s raise a glass (or nacho chip) to the late, lamented liquid cheese.

5 thoughts on “Six Sunny Day Observations from the Magic Kingdom”